ECT: History of a Psychiatric Controversy

The author interviews Jonathan Sadowsky, PhD, historian of psychiatry, about his book Electroconvulsive Therapy in America: The Anatomy of a Medical Controversy.

I am embarking on what I hope will be a regular feature-namely, interviews with historians of psychiatry about their recently published works. My goal is to introduce readers of

to some of the new books by these authors.

Here, I interview Jonathan Sadowsky, PhD, about his book Electroconvulsive Therapy in America: The Anatomy of a Medical Controversy, published late last year by Routledge. Dr. Sadowsky is the Theodore Castele Professor of Medical History at Case Western Reserve University, where he is also Associate Director of the Master’s Program in Medicine, Society, and Culture. His interests include the history of colonial psychiatry, convulsive therapy and other somatic treatments in psychiatry, race and psychiatry, and the history of psychoanalysis. He is the author of Imperial Bedlam: Institutions of Madness and Colonialism in Southwest Nigeria (University of California Press, 1999) and, more recently, his book on ECT.

Greg Eghigian, PhD (GE): As you point out in your book Electroconvulsive Therapy in America: The Anatomy of a Medical Controversy, ECT has had-and continues to have-both its champions and detractors. And historians who have written on the subject have largely fallen into the same pattern, seeing it either as a technology of social control or as an instance of unmitigated progress. How does your book differ from these?

Jonathan Sadowsky, PhD (JS): There is nothing wrong with historians’ advocating for a point of view. And it would be disingenuous of me to claim that after years of study, I have no opinions of my own about ECT. But I thought we might be better served now by an inquiry into how views of this treatment became so polarized. There is no single answer to this. But one point I can make here is that ECT has been pressed into service as a proxy in wider struggles over the authority of medicine, what kind of psychiatry we should have (“biological” or “talk,” for example), or even if we should have psychiatry at all, since ECT was a main target of the antipsychiatry movement. These debates not only have practical clinical significance, but touch deeply held but often implicit beliefs about the meaning of illness and wellness-and even what a person is.

GE: You acknowledge that throughout the history of ECT, “Patients have both attested to damage it has done and expressed gratitude for the relief and hope it can provide.” How do you explain this seemingly paradoxical disparity in the experiences and opinions of patients?

JS: The human body is not a mass-produced machine, where given inputs such as therapies produce automatic and predictable results. Most clinicians and lay people know this but often act as if they don’t. One result of this mechanistic conception is resistance to the variability of bodily experience. But this variability is easy to show. Any psychiatrist who reads this knows it is not completely random-a psychiatrist might hesitate to prescribe bupropion to treat depression comorbid with extreme anxiety, for example-but there is a lot of mystery involved.

In the case of ECT, there has been a reluctance by many partisans to recognize that the experience they have had or observed may not be universal or typical. We will have more productive discussions if we are more sensitive to variability.

GE: One of the claims you make is that ECT does indeed work, but you also point out that historical research shows that the methods of assessing the effectiveness of treatments have changed significantly over time. So, what does the history of ECT and the debate surrounding it tell us about how we might measure progress in psychiatry?

JS: Historians of medicine have shown that the meaning of whether a therapy “works” changes. It is an appealing idea to historians, because change over time is our sacred specialty. It is short step from there to finding all therapies equal, provided they work in their historical context. I worry there may be costs to taking that step.

Many historians have also criticized “progress narratives” in medicine. And with good reason-many depictions of progress had been too linear, and implied inevitability of progress, even as they celebrated the Great Doctors whose genius produced the results. But simply debunking progress narratives is not enough, if you believe-as I do, and as most people do -that medical progress is possible.

ECT is interesting here because of its image as a remnant of a period of barbaric psychiatry, despite its reputation among many psychiatrists as possibly psychiatry’s best treatment. I was often urged by colleagues not to comment on whether ECT worked. That, they said, is not a historical question. But would a historian of penicillin for infections, or aspirin for pain, or insulin for diabetes, be asked to refrain from judgment about whether these treatments work? Of course not, because their historical meaning is steeped in their efficacy.

The efficacy of ECT is its power to remit symptoms of some severe mental illnesses (SMIs). This is not the same as cure, but permanent cure for SMI remains elusive. Psychiatry is hardly unique in medicine in this regard. In this sense, ECT’s efficacy has been recognized over 8 decades. During this period, the scientific standards for showing clinical power changed dramatically, as randomized trials became the gold standard of clinical evidence. ECT’s efficacy is also recognized by the everyday working experience of doctors. And much patient testimony tells us that it works-even testimony from patients embittered by adverse effects. It’s telling that few of even the most vehement critics of ECT deny that it works, and they focus their criticism on whether it is worth the costs it might exact.

For these reasons, I consider the case for efficacy very robust. And if that’s true, then there is progress in psychiatry, just as there is in other branches of medicine. I doubt anyone familiar with the treatments for SMI that were used before ECT would advocate returning to them.

GE: At one point, you state that “fear of ECT derives not simply from prejudice, but from a social memory of uses that were fearsome.” What do you mean by this?

JS: Most lay people have been exposed to negative images of ECT. These include ECT being used as a form of discipline in mental hospitals, for example. These images, often from movies, are not based on fantasy. On the contrary, there is plenty of evidence that ECT really was used to enforce order on wards. Another example: many people know, at least vaguely, that ECT was once used to “treat” homosexuality. This is probably best known and remembered by gay communities. This practice was traumatic for some gay people who experienced it, and they are right to regard it as part of medicine’s misguided history of trying to alter people’s sexuality. There are lots of other examples.

GE: I think one of your most interesting chapters is titled “The History of a Side Effect.” In what ways do “side effects” have histories, and how is this illustrated in the history of ECT?

JS: Historians of medicine have shown that illnesses, symptoms, and treatments have histories-meaning that they are shaped by their context and are not simply physiological-though the facts of physiology can never be ignored. I wanted to show that the same is true for adverse effects. The main adverse effect of ECT is memory loss, and while the common short-term losses of memory of events close to the treatment are usually considered minor, permanent retrograde losses are possible. When they occur, they are a very disturbing effect of the therapy, even for patients who express deep relief because of symptom remission. This adverse effect has a history in at least 2 senses.

First, it has an intellectual history, in the clinical science. The problem of memory loss has been studied virtually since the inception of ECT-which is curious in itself if the therapy is as harmless as some of its strongest proponents claim. What struck me most about this history was how inconclusive it is. Some advocates are convinced permanent retrograde losses are rare, and some critics are convinced they are very common. But many researchers have stressed how elusive certainty has been.

The second sense is experiential, from the perspective of people who have undergone the treatment. Here, complaints about memory loss seem to appear more in recent patient accounts than they do in earlier ones, even as techniques of treatment have been developed for the very purpose of lessening the risk. This may simply be an artifact of the growth of illness memoirs, making more evidence available. It could also reflect how awful some of the more serious adverse effects were before the use of anesthesia and muscle relaxants became widespread.

Historian Laura Hirshbein1 has proposed that it might be related to an increasing emphasis on cognition in an information-based society, and I support this hypothesis too. But I also propose that it may be due to changing expectations of medicine: that as a society we have become more accustomed to therapies with more specific effects. None of these hypotheses are easy to prove empirically. I do think the narrative evidence shows that permanent losses may be more common than some clinical manuals allow. Given how traumatic these losses are when they occur, clinicians should keep this in mind. The public reputation of ECT is still precarious, but downplaying the possibility of adverse effects may actually do it more harm than good.

Articles in this issue
Understanding Benzodiazepines and Their Role in Substance Use Disorders
Treatment Strategies for Substance Use Disorders in Adolescents: A Clinical Review
Introduction: Cautions, Considerations, and Treatment Strategies
Speaking Up: Sexual Harassment in the Medical Setting
ECT: History of a Psychiatric Controversy
Mental Illness and Capital Punishment: Potential Complications
The Death Penalty and Mental Illness: An Evolving Standard?
Fatigue Symptoms and Depressive Disorder
Why Not Thirteen Reasons Why?
Botulinum Toxin for Depression? Emotional Proprioception
Get Out: Invasion of the Brother Snatchers
Surf Story
Creativity and Bipolar Disorder: A Fresh Look
Related Videos
Related Content 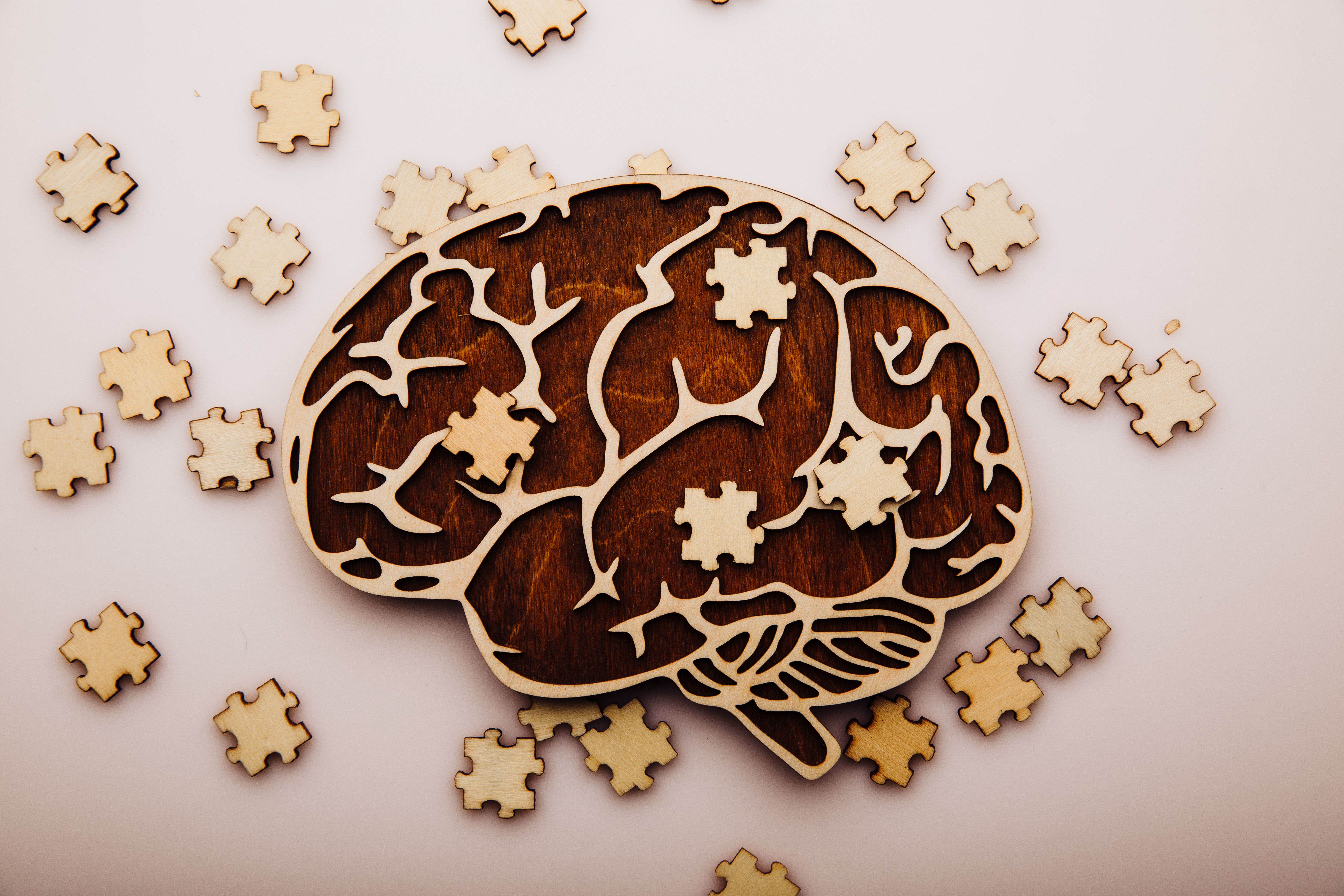