How Psychotherapy Changes the Brain

Psychotherapy outcomes and the mechanisms of change that are related to its effects have traditionally been investigated on the psychological and social levels, by measuring changes in symptoms, psychological abilities, personality, or social functioning. 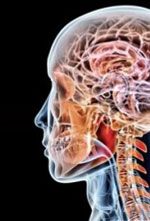 Psychotherapy outcomes and the mechanisms of change that are related to its effects have traditionally been investigated on the psychological and social levels, by measuring changes in symptoms, psychological abilities, personality, or social functioning. Many psychiatrists have also held the unfortunate dichotomized position that psychotherapy is a treatment for “psychologically based” disorders, while medication is for “biologically based” disorders.1 During the past several decades, it has become clear that all mental processes derive from mechanisms of the brain.2 This means that any change in our psychological processes is reflected by changes in the functions or structures of the brain. Straightforward reductionistic stances, however, are unfounded because there is clear evidence that our subjective experiences affect the brain.1

Plastic changes in the brain have been difficult to study in humans, but there has been more success in animal studies. Changes in the brain in relation to experience have been detected at the cellular and molecular levels in animals using different experimental approaches. The advent of functional neuroimaging, including single photon emission CT (SPECT), positron emission tomography (PET), and functional MRI, has made it possible to study changes at the brain systems level (by measuring changes in brain blood flow or metabolisms) and, increasingly, also on the molecular level using SPECT and PET in the living human brain.

Brain system level studies on the effects of psychotherapy

So far, nearly 20 studies on brain changes after psychotherapy for depression, anxiety disorders, and borderline personality disorder have been published (Table). The first study was published nearly 20 years ago, in 1992. In this study, the researchers compared behavior therapy with fluoxetine treatment. Both treatment modalities demonstrated similar changes in the brain-especially in the caudate nucleus.

The majority of these studies have reported similar brain changes after psychotherapy and medication. However, some recent studies have also shown clear differences among these treatment modalities. In the study by Goldapple and colleagues,5 treatment response for CBT in patients with MDD was associated with increases in metabolism in the hippocampus and dorsal cingulate and decreases in the dorsal, ventral, and medial frontal cortex. This pattern was clearly distinct from the pattern caused by paroxetine, which included increases in metabolism in the prefrontal areas and decreases in the hippocampus and subgenual cingulate. In the recent study by Karlsson and colleagues,17 clear differences emerged between short-term psychodynamic psychotherapy and fluoxetine among patients with MDD.

From brain changes to mechanisms of psychotherapy

In addition to just reporting the findings on brain changes as a result of psychotherapy, some of these studies have made it possible to construct models that explain the mechanisms behind the changes that result from the different psychotherapies. These models can then be compared with the psychological theories of these psychotherapies.

Because one of the major hypotheses regarding the effect of CBT on brain functioning concerns a more effective (“top-down”) regulation of hyperexcitable limbic structures by prefrontal control systems, it seems that psychodynamic psychotherapy may also function, at least in part, via these mechanisms. The findings from a study by Beutel and colleagues10 are in line with this hypothesis and demonstrate both a frontal deactivation and an amygdala-hippocampal hyperactivation seen in symptomatic patients with panic disorder. When their panic symptoms and anxiety levels were reduced following treatment, the frontal deactivation and amygdala-hippocampus hyperactivation were normalized.

Affective hyperarousal is the hallmark of BPD and the main target for DBT. This would mean that DBT leads to a decrease in the activity in relation to emotional stimuli in the brain areas that serve these functions. This was indeed found in the study by Schnell and Herpertz,15 whose findings suggest that after DBT, there is a decrease in hemodynamic response to negative stimuli in the right-sided anterior cingulate, the temporal and posterior cingulate cortices, and the left insula.

All these studies, however, have investigated the brain changes on the whole brain systems level. To understand the more basic mechanisms related to psychotherapy, possible molecular and cellular changes should also be studied. So far, only 2 Finnish studies have measured molecular level changes after psychotherapy, and in this way directly tested the hypothesis put forth by Kandel2 that psychotherapy could lead to changes in gene expression through learning, by altering the strength of synaptic connections between nerve cells and inducing morphological changes in neurons. Interestingly, in both studies, the psychotherapy that was used was psychodynamic.

In the study by Lehto and colleagues,20 19 depressive outpatients received psychodynamic psychotherapy for 12 months. Of the patients, 8 were classified as having atypical depression. Midbrain serotonin transporter and striatum dopamine transporter densities were recorded using SPECT brain imaging with the [123I]nor-Î²-CIT radioligand before and after psychotherapy. The researchers showed that midbrain serotonin transporter density significantly increased during psychotherapy in patients with atypical depression, but not among patients with standard depression. There were no changes in the levels of striatum dopamine transporter. Because of the subgroup finding, these results are difficult to interpret, and one of the shortcomings of this study is the lack of a control group.

In the other Finnish study, patients with MDD were randomized to receive either short-term psychodynamic psychotherapy or fluoxetine. Before being treated and after 4 months of treatment, they underwent a brain scan with PET using [carbonyl-11C]WAY-100635 (measures the density of serotonin type 1A [5-HT1A] receptors) and [11C]raclopride (measures density of dopamine type 2/3 receptors). In the 2 published papers, the researchers reported that the clinical outcome in both treatment groups was similar in terms of standard symptom ratings (symptom remission was achieved in 59% of the patients and 77% of the patients met criteria for response).17,21 However, an analysis of the change in the 5-HT1A receptor density in the treatment groups revealed a significant increase in the psychotherapy group compared with the medication group, for which no change was detected (Figure). Fluoxetine increased [11C]raclopride binding in the lateral thalamus; no change was seen in the group that received psychotherapy.

Several previous studies have found changes in 5-HT1A receptor binding in MDD that is not reversed by SSRI treatment.22-27 This could mean that the recovery process in MDD after psychotherapy is different from recovery after medication. Currently, the clinical implications of these findings are unknown, but they may be related to the finding that suggests that the relapse rate for MDD is lower in patients treated with psychotherapy than in those treated with antidepressants.28

Although still preliminary, the studies using neuroimaging for measuring change caused by psychotherapy will in the long run lead to a more refined understanding of how different psychotherapies work. This may lead to a development in which specific modes of psychotherapy can be designed to target specific brain circuits.1 In addition, neurobiological research may help refine psychological theories about the change processes.