From Cinderella to Straw Man?

We are living in an evidence-based era in all fields of medicine, including psychiatry. For the most part, this represents progress because clinicians can start to base their interventions on treatments that have been supported by the results of research studies. 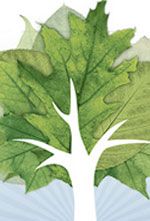 We are living in an evidence-based era in all fields of medicine, including psychiatry. For the most part, this represents progress because clinicians can start to base their interventions on treatments that have been supported by the results of research studies. Evidence-based practice is believed to be superior to various alternatives, humorously described as eminence-, vehemence-, and eloquence-based.1

There is a growing base of reliable data on psychopharmacology that we increasingly use to guide our clinical work. Psychotherapy has also striven to become evidence-based. Demonstrated effectiveness in prospective, randomized, controlled studies has become the sine qua non of a particular psychotherapy’s widespread adoption. Cognitive-behavioral therapy (CBT), interpersonal therapy (IPT), problem-solving therapy, dialectic behavior therapy (DBT), and a host of other new therapies have gained credibility because of positive findings in randomized clinical trials (RCTs).

A look at the “evidence”

If you look at the evidence uncritically, you may conclude that SPT really is less effective than other treatment approaches. A recent meta-analysis of studies that compared 7 psychotherapies for depression concluded that while there were no major differences in outcomes between treatments, IPT was most effective and SPT was the least effective.2

Although the authors hedge their findings, saying that IPT was found to be “somewhat more” and SPT was “somewhat less” effective than the other treatments, their conclusions come across loud and clear. A reasonable clinician, reading the articles, would be ready to abandon SPT as a treatment whose time has passed. Indeed, the evidence-based enthusiasts among us may be tempted to add “and good riddance!” with the assumption that SPT represents all that was bad in the prescientific era of psychiatry.

What is already known about supportive psychotherapy (SPT)?

? SPT is the most commonly practiced form of psychotherapy. It has been demonstrated to be effective in treating a broad range of psychiatric disorders.

? In recent years, SPT has been used as a comparator for other psychotherapy approaches. However, the way in which SPT has been defined and practiced in such studies does not fairly represent well-practiced SPT. Instead, it is often a pseudotherapy in which common SPT approaches are forbidden.

? Results of studies are often misinterpreted to suggest that SPT is not effective and that other therapies have specific benefits for particular disorders. The results of such studies are flawed and therefore do not provide a sound basis for “evidence-based practice.”

Has there ever been a good time for SPT? In the 1950s, the heyday of psychoanalysis, Sullivan3 described SPT as the Cinderella of psychotherapies, aptly summarized by Holmes4 in 1995 as “the poor relation of the psychotherapies, a Cinderella stuck at home doing the routine psychiatric chores while her more glamorous psychotherapeutic sisters are away at the ball.” Now, in the heyday of evidence-based practice, SPT has gained only a bit of stature-enough to be considered a reliable comparator in RCTs. Unfortunately, the way that SPT is administered and practiced is such that a recent review has recharacterized it as a straw man in the age of evidence-based practice: “Instead of being the poor relation of psychotherapies in practice, supportive therapy has now become a cast-away for control trial treatments.”5

After research publications in the early 1990s began to document the benefits of SPT, the Psychiatry Residency Review Committee of the Accreditation Council for Graduate Medical Education mandated that competence in SPT is required of all psychiatry residents, along with CBT, psychodynamic therapy, brief therapy, and combined psychotherapy and psychopharmacology.7 A number of texts on SPT have been published in recent years, and there is an increasing cadre of young psychiatrists and other mental health clinicians who have been trained to administer one or another form of SPT.8-11 SPT includes psychodynamically focused, interpersonal, and atheoretical formulations. SPT, regardless of the form, is widely used because of its flexibility, adaptability, and acceptability to both patients and clinicians, as well as its humane and empathetic orientation.

So why does SPT come out the loser in so many clinical trials? When reporting their clinical trials results-especially if no significant difference is found between treatments-researchers tend to highlight the relatively minor (and perhaps incidental) findings that favor their experimental treatment.5 Budge and colleagues5 reviewed the ways in which SPT has been defined, administered, and interpreted in RCTs, which leaves little doubt that it has generally been a treatment designed to fail: “our review of the literature indicates that the empirical research conducted in the past 2 decades has used supportive therapy as a straw man to which to compare treatments rather than as a treatment of interest.”

As the analysis by Budge and colleagues5 demonstrates, the supportive counseling that is used in RCTs may not resemble any real form of psychotherapy. It may actually be a pernicious form of pseudotherapy. Therefore, the conclusions from such studies are almost inevitably always flawed. Budge and colleagues point out that researchers’ allegiance is generally to the presumably more active experimental therapy. Therapists who use the experimental treatment may be better trained and more enthusiastic and may receive more supervision; the experimental treatment may be manualized, whereas SPT often is not. The very location in which the study is conducted may be named the “Cognitive-Behavioral Center” or the “DBT Program,” automatically consigning supportive therapy to an inferior role.

Furthermore, patients’ poor retention in SPT may reflect disappointment in not receiving the program’s headlined CBT or DBT treatment. In addition, study criteria may forbid types of SPT interventions that are regularly used in clinical practice. For example, a study may forbid therapists from talking to patients with posttraumatic stress disorder about trauma-related issues, to avoid potential imaginal exposure, whereas in any real-world SPT it would not be ethical to avoid these important issues.12 Used as a comparator in RCTs, SPT may be a treatment without goals, organization, or any relation to solving the patient’s problems; it may essentially consist of being nice to the patient. This, to put it mildly, is not the active and goal-oriented approach described in modern SPT texts.

If you accept the reasoning of Budge and colleagues,5 the sum consequence of all of these tendencies is a near total meltdown of the evidence-based practice model. Rather than demonstrating that a specific treatment (eg, CBT, DBT, IPT) is better than SPT, a study may show that a coherent treatment approach (of whatever sort) is better than an incoherent and disorganized approach that is called supportive, yet may be anything but supportive during the course of the RCT. Consequently, the superiority of the experimental treatment may result from these elements rather than anything specific about its approach. The conclusions drawn from the studies may be erroneously applied, to convince both researchers and clinicians that:

• A particular intervention has specific benefits

• The supportive counseling, which apparently had a worse outcome, is representative of properly conducted SPT

Budge and colleagues5 note that studies in which SPT is given equal time and support are rare but do exist. One example they cite is a large study of 3 therapies for borderline personality disorder, in which DBT was compared with transferencefocused psychotherapy (TFP) and a psychodynamic form of SPT.13 In this study, all 3 treatments were found to be equally effective in primary outcomes; in secondary analyses, SPT actually provided benefit in more areas than DBT, although fewer than TFP.

Our group at Beth Israel Medical Center in New York compared SPT with Davanloo-inspired psychodynamic psychotherapy for patients primarily with cluster B and C personality disorders and found equally good outcomes with both treatments.14 Participants in the SPT group not only had significant improvement in symptoms, but they also had high levels of treatment alliance with their therapists and demonstrated continued improvement in interpersonal functioning at long-term follow-up.15

In spite of the current evidence base, SPT is still the most commonly practiced psychotherapy, with proven effectiveness. Therefore, in order to demonstrate superior effectiveness, nonbiased RCTs are needed that compare a specific (and presumably better) therapy with well-performed SPT.

Although SPT is the most commonly practiced psychotherapy, there is a dearth of information about its mechanisms of action. Studies of SPT, such as those funded for IPT and DBT, are needed. SPT would be subject to dismantling studies in the same way that CBT and other treatments have been, in order to better understand its effect on specific symptoms.16 Moreover, we don’t know whether SPT is reliably better than the kind of “supportive counseling” that is usually studied under its name, and if so, why. A study that compares full-fledged SPT with supportive counseling would provide a balance to the research literature on other psychotherapies with presumably “specific” effects.

SPT has been adapted for use with various patient populations, including patients with Axis II disorders, suicidal patients with borderline personality disorder, patients with schizophrenia, and patients with depression, and in a range of clinical settings. In our current work at the New York State Psychiatric Institute, we have adapted SPT for depressed women with breast cancer, for a study in which it is compared with IPT and problem-solving therapy. Further adaptations of SPT can be developed for a range of different disorders (see Table 1 for suggested modifications).

Studies using SPT as a control treatment should be rated on the basis of their fidelity to full-fledged SPT approaches (Table 2), with independent assessments of therapist competence and researcher allegiance. Unless the SPT provided in RCTs is first-rate, claims about the greater benefits of other treatment options are suspect. The results obtained from such approaches would be more valid for evidence-based practice. We all want data that are relevant to real patients, that which actually helps improve real-world practice.

Despite the various (and often flawed) studies that cast doubt on the benefits of SPT, clinicians who truly value evidence-based practice are advised to keep SPT as one of the most useful options in their therapeutic toolkit.

Articles in this issue
Psychiatric Issues in Hoarding
Psychotherapy Research
Of Two Minds
From Cinderella to Straw Man?
How Psychotherapy Changes the Brain
The Person of the Psychotherapist: Let’s Hear Not the Song but the Singer
Becoming a Mensch: Timeless Talmudic Ethics for Everyone
The Intern
Problems of Overdiagnosis and Overprescribing in ADHD
"Morality” Professor Responsible for Research Misconduct Resigns
Blood Tests for Diagnosis of Schizophrenia and Depression?
Robin in the Tanglewood Rafters
Related Videos
Related Content