We always think with gratitude about individuals who inspire us and serve as guiding lights for our careers. One such person was Lissy F. Jarvik, MD, PhD, who became one of my mentors during my fellowship training in geriatric psychiatry at UCLA in 1994-96, with continuing research collaboration for years to come. Jarvik was a trailblazing pioneer in the field of geriatric mental health, and whose work helped guide the field of Alzheimer research and geriatric neuropsychiatry. She died at the age of 97 years in her home in Santa Monica, California, on October 1, 2021. 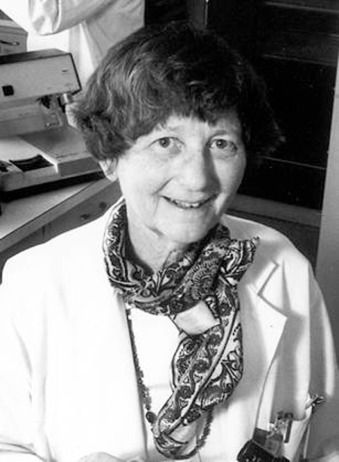 Her career in aging spanned the field from mental changes and psychiatric aspects to genetic changes and chromosomal changes, as well as drug treatment and psychological treatments.

The National Library of Medicine featured her in their interactive “Changing the Face of Medicine” exhibit, describing her as “a pioneer in the field of neuropsychogeriatrics.” For her “distinguished contributions in the general field of psychiatry and mental health,” Jarvik was the first recipient of the American College of Physicians William C. Menninger Memorial Award in 1993. She was also the first woman psychiatrist appointed a distinguished physician by the United States Department of Veterans Affairs (VA), a title she held from 1987 to 1993.1

Her dissertation attempted to “disentangle the whole question of genetics and the environment in aging,” Jarvik followed 134 pairs of identical and fraternal twins who were at least 60 years of age at the study’s outset. Throughout the next 20 years, she continued to follow the twins, documenting changes in mental functioning, survival trends, cancer rates, and general health history. The study’s findings demonstrated a strong genetic component of the aging process and a tie between physical and mental impairments in aging.

After receiving her PhD from Columbia University, Jarvik went on to receive her MD from Case Western Reserve University School of Medicine in 1954. She returned to New York and continued her research at Columbia’s department of psychiatry and at the New York State Psychiatric Institute.

In the early 1970s, Jarvik moved to Los Angeles and became professor of psychiatry and biobehavioral sciences at UCLA, where she established the first inpatient psychogeriatric unit and the first course in behavioral sciences for first-year medical students that involved a large effort of attracting multidisciplinary faculty. She was instrumental in establishing a fellowship in geriatric psychiatry at UCLA, which was one of the first 5 fellowships in geriatric psychiatry in the country, and one of the first to be accredited by the Accreditation Council for Graduate Medical Education (ACGME) with more than 150 fellows trained over the past 41 years. She insisted on forging training, education, and research collaborations among geriatric medicine, geriatric neuropsychology, and behavioral neurology, which has been and continues to be the hallmark of this training program. Graduates of this program have succeeded in academic, research, clinical, and specialty practices.

In 1981, Jarvik hosted the first independent meeting of the American Association for Geriatric Psychiatry (AAGP) that just separated from the American Psychiatric Association (APA) in Los Angeles, where a small group of visionaries met to discuss late-life mental health needs and the field of geriatric psychiatry. Today, the AAGP is an established membership association of nearly 2000 geriatric psychiatrists and other health care professionals in the United States, Canada, and abroad, dedicated to the mental well-being of older adults. Jarvik served as AAGP president from 1984-85. She took a leadership role in testifying before the American Board of Psychiatry and Neurology (together with Jerry Yesavage, MD, and George Grossberg, MD) to convince them to approve geriatric psychiatry as a specialty within the field of psychiatry.

From 1987 to 1993, Jarvik was the first woman psychiatrist, and the second woman ever appointed a “Distinguished Physician” by the Department of Veterans Affairs (VA).1,2 She traveled throughout the United States in order to meet and interact with physicians in various specialties so that she could heighten their awareness to the needs of older veterans, mostly World War II veterans. She visited more than half of the VA medical centers at least once, and made numerous trips to VA Headquarters in Washington, DC, to consult on strategies and implementation. Through face-to-face meetings, rounds, lectures, seminars, and workshops, she was able increase interest in older veterans and facilitate the start of new training, treatment, and research programs throughout the VA system.

Jarvik was at the forefront in the use of investigational drugs for treating geriatric patients with both Alzheimer disease and major depressive disorders. She was also among the first to emphasize the role of microtubules in the pathogenesis of Alzheimer disease, and to use psychotherapeutic approaches to the treatment of geriatric patients, as well as the role of family caregivers. In 1988, Jarvik coauthored Parentcare: A Commonsense Guide for Adult Children with Gary Small, MD. Written for the “sandwich generation”—adults caring for both their children and their parents at the same time—the book was one of the first guides of its kind. “The book came about because I saw in research subjects how involved the children became in their parents’ health care and their parents’ lives,” Jarvik explained. “I learned how they were committed to helping their parents, how they were bewildered by their new unexpected responsibilities, and the unforeseen changes in their relationships with their parents.”1

Jarvik lived a long life, and lived it well, improving the lives of countless others, and attracting and inspiring young physicians into the field of geriatric neuropsychiatry and neuroscience of Alzheimer disease. She is an inspiring example for those of us who follow in her footsteps.

This article has been modified from In Memory of Lissy F. Jarvik, MD, Ph.D.: Reflections on her Life Well Lived, Helen Lavretsky, The American Journal of Geriatric Psychiatry, Volume 30, Issue 2, Pages 259-261, Copyright Elsevier 2022.