The Other Side of the Story

Literature invites readers to see the world from another viewpoint, which can, in turn, lead to an increased capacity for empathy. In working with difficult-to-treat children, Alexandra Helper, MD, has found that the use of literature that focuses on alternative viewpoints helps such patients develop empathy and improve their functioning in the "real world."

You never really understand a person until you consider things from his point of view ... until you climb into his skin and walk around in it.

--To Kill a Mockingbird, Harper Lee

Carl Lanser awakes to find himself aboard a World War II-era passenger ship bound for New York. Lanser has no idea how he got here or why his fellow passengers seem oddly familiar to him. All he knows for sure is that at precisely 1:15 a.m. the ship is going down, and all will be lost. At the appointed hour, a German U-boat surfaces and fires on the defenseless vessel. Just before he sinks beneath the waves, Lanser spies the U-boat's captain giving the order to machine-gun the survivors. The captain? Lanser himself.

This updated Flying Dutchman tale, titled "Judgment Night," aired on The Twilight Zone in 1959. It is one of Rod Serling's starkest cautionary tales, in which he invites the viewer--and compels the main character--to consider an alternative perspective on an event. What might we learn from the alternative viewpoint in literature, in the arts, even in psychotherapy? What thoughts and emotions arise when we climb into another's skin? In actuality, all of literature invites readers to view the world from the narrator's perspective. Sometimes we identify with the narrator; it is a voice much like our own--or at least familiar. Sometimes the narrator keeps us at bay through narrow-mindedness, deceit, superficiality. But in all cases, literature is a lens--another's lens--through which we enlighten, soothe and occasionally terrify ourselves.

Throughout my life, reading has spurred my own emotional and intellectual growth. This experience of change and developmental accomplishment through grappling with diverse works of literature has been validated by authors such as Anna Quindlen, Tony Hiss and Harold Bloom. In his book How to Read and Why, literary critic Bloom (2001) wrote:

We read deeply for varied reasons, most of them familiar: that we cannot know enough people profoundly enough; that we need to know ourselves better; that we require knowledge, not just of self and others, but of the way things are.

Bloom noted further, "The ultimate answer to the question, 'Why read?' is that only deep, constant reading fully establishes and augments an autonomous self."

I have recently extended my own experience with books to a certain subgroup of difficult-to-treat children in my practice. These children tend to have neurocognitive issues that burden the unfolding of their emotional lives, including the development of empathy. They may have a nonverbal learning disability, Asperger's syndrome, high-functioning autism, mild retardation or traumatic brain damage. They find it hard to read social cues and to understand the responses of classmates, teachers and family members. For such children, at some point in their treatment, I introduce books and writing exercises that focus on the alternative point of view. I have found, at a minimum, that my patients' increase in intellectual understanding of the alternative viewpoint in the literary realm helps them function better in the real world. I have yet to determine whether such an understanding leads to the capacity for empathy.

Empathy is a complex developmental accomplishment whose origins are not fully understood, but the existing psychoanalytic literature reveals a convergence on the fundamentals of the subject. Heinz Kohut, M.D., and his followers believe that the capacity to empathize begins in early life with adequate mirroring between infant and mother. If the child is not neurocognitively intact, normal development will be challenged. Erna Furman likewise believed that the capacity for empathy is rooted in early childhood. In an article titled "Feeling and Being Felt With," she explained that for empathy to develop, the infant requires a mother who can intuitively sense the child's affective state while maintaining the knowledge that the child's state might be different from her own (Furman, 1992). This experience allows the infant to form a sense of self. Over time, with the ongoing consolidation of the sense of self and neurocognitive maturation, the child can accept the existence of others' alternative viewpoints and feelings. Daniel Stern, M.D., (1985) and Peter Fonagy, M.D., (undated) have each furthered theoretical understanding of the development of self versus other in children.

In the realm of alternative-viewpoint fiction is an array of classic fairy tales retold from another character's perspective. For example, I have used an edition of Jack and the Beanstalk with my patients that, if read right side up and front-to-back, tells the standard tale from Jack's perspective; if read instead upside-down and back-to-front, the book recounts the story as the giant sees it. My patients experience a concrete example of a world turned upside-down: The contemplative giant's household is invaded by a thieving, destructive brat. Other examples of alternative-viewpoint fairy tales include various versions of the lupine perspective on Little Red Riding Hood; The True Story of the 3 Little Pigs! by Jon Scieszka (aka A. Wolf) (1989); also Gregory Maguire's Wicked: The Life and Times of the Wicked Witch of the West (1996) and his Cinderella redux, Confessions of an Ugly Stepsister (2000). Representative of alternative-viewpoint adult fiction are Ahab's Wife (Moby Dick) by Sena Jeter Naslund (2000), John Gardner's Grendel (Beowulf) (1972), Jean Rhys' The Wide Sargasso Sea (Jane Eyre) (1996), Anita Diamant's The Red Tent (the story of Dinah from the book of Genesis) (1998), Rosencrantz & Guildenstern Are Dead (Hamlet) by Tom Stoppard (1991) and The Mists of Avalon (the King Arthur legend) by Marion Zimmer Bradley (2003).

Several journalists have adopted an extreme version of the alternative-viewpoint approach in order to report on societal ills; they "become" one of the afflicted about whom they are writing. In the harrowing Black Like Me, white journalist John Howard Griffin (1996) ingested medication to darken his skin, and then traveled the 1950s South to experience life as a black man. Griffin detailed the slow diminishment of his vitality as he is maltreated by white people he encounters. He wrote:

My deepest shock came with the gradual realization that this was not a matter of inconvenience, but rather a total change in living ... I became two men, the observing one and the one who panicked, who felt Negroid, even to the depths of his entrails.

In the fictional Gentleman's Agreement, by Laura Z. Hobson (1979), magazine reporter Phil Green is assigned to write a piece on anti-Semitism in America. Eager to viscerally understand the experience of discrimination, Green adopted a Jewish identity--Phil "Greenberg"--to powerful effect. Even those closest to him are exposed, often to their own surprise.

Barbara Ehrenreich (2001) used the same journalistic technique in Nickel and Dimed: On (Not) Getting By in America. Here, she attempted to capture the experience of the poor by leaving her home for a year and earning her own way through menial jobs. She worked as a cleaning lady, waitress, nursing home aid, only to realize that a single job does not provide enough money for subsistence. She wrote movingly of her despair in living on the edge in shacks or decrepit motel rooms without money, without health insurance and often hungry. Her sojourn into poverty was at times so unbearable that she contemplated returning home. And that, of course, is the weakness in the "journalistic" approach to the alternative viewpoint: our own awareness that the main character, although profoundly enlightened, can resume a previous, less burdensome life. Such books probably cannot generate empathy in readers who lack the emotion to begin with--like my patient "Suzy."

Suzy is 10 years old, the only child of an interracial couple and severely impaired by Asperger's syndrome. Despite her basic beauty, she has a slovenly appearance, as though some strange magnetism randomly attaches clothes to her body every morning. Watching her play, I'm tempted to infer that she enjoys her weekly sessions with me, but I find it hard to read her emotions. Her affect is flat and reveals little. Several times she has asked me to accompany her to school so that I might witness her frustrations; evidently she cannot believe I can comprehend her plight unless I am there with her. My hope is that through a multi-modal, multi-sensory therapeutic approach--plus a hefty dose of compassion on my part--Suzy will, at a minimum, function better in her daily life.

Suzy is a precocious reader, despite her uneven ego development, and so I decided to utilize that strength in her treatment. Suzy has an obsessional interest in the Harry Potter stories and has read all four books several times over. In my office, she often sets up the dollhouse as the magical Hogwart school. We talk at great length about the books' main characters--Harry, Ron and Hermione--and play out the books' scenes in the dollhouse. Suzy is always Harry. Recently I suggested to her that we write our own Harry Potter tale together. She dove energetically into the project. But when I suggested we write the story from Hermione's perspective, she tromped out of my office, fuming. She returned a few minutes later, acting as though nothing had happened. The dollhouse became Hogwarts again, three dolls became the children and play proceeded. Only this time Suzy included a new element: Although still taking the role of Harry, she periodically asked me how I thought Hermione would react and what she would say in a variety of situations.

At this point in her treatment, neither Suzy nor I know where we are headed. If my hypothesis about the therapeutic benefit of alternative-viewpoint stories is correct, Suzy may well be on the road to empathy. At the end of last week's session, she picked up from my desk a magazine whose cover showed a photograph of a newborn baby nestled in a person's hands. "I guess this one was born too early," she said and strode out the door. She had looked sad to me. The stirrings of empathy? I'd like to think so. But that's just my own point of view.

Ehrenreich B (2001), Nickel and Dimed: On (Not) Getting By in America. New York: Metropolitan Books.

Fonagy P (undated), Attachment, the development of the self and its pathology in personality disorders. Available at: www.psychomedia.it/pm/modther/probpsiter/fonagy-2.htm. Accessed April 22, 2003.

Maguire G (1996), Wicked: The Life and Times of the Wicked Witch of the West. New York: Harper Collins.

Stern D (1985), The Interpersonal World of the Infant: A View from Psychoanalysis and Developmental Psychology. New York: Basic Books.

Articles in this issue
After the Famous Poet
Confidentiality Under Fire
Stigma Continues in Hollywood
The Art of the Unconscious
Psychiatrists Strive to Assure Patients' Safety
Conference Probes Pathology of Self-Awareness
Music Therapy With Emotionally Disturbed Children
The Assessment of Danger in Everyday Practice
Dyspareunia Resulting From Vulvar Vestibulitis Syndrome: A Neglected Health Problem
The Other Side of the Story
Using Creativity to Explore in Psychotherapy
A Psychosocial Approach to Postpartum Depression
Related Videos
Related Content 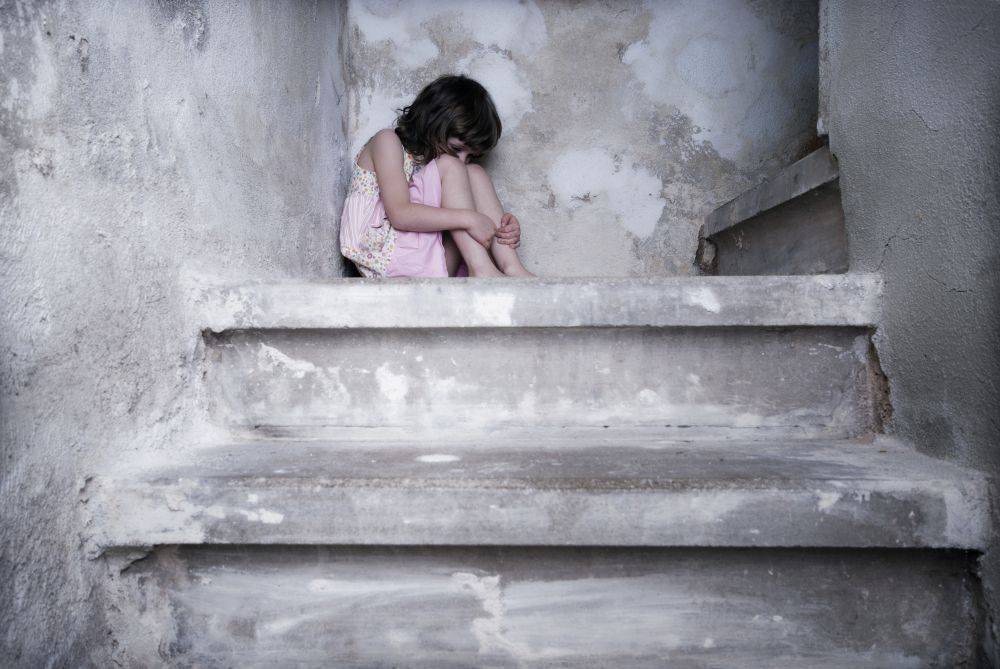