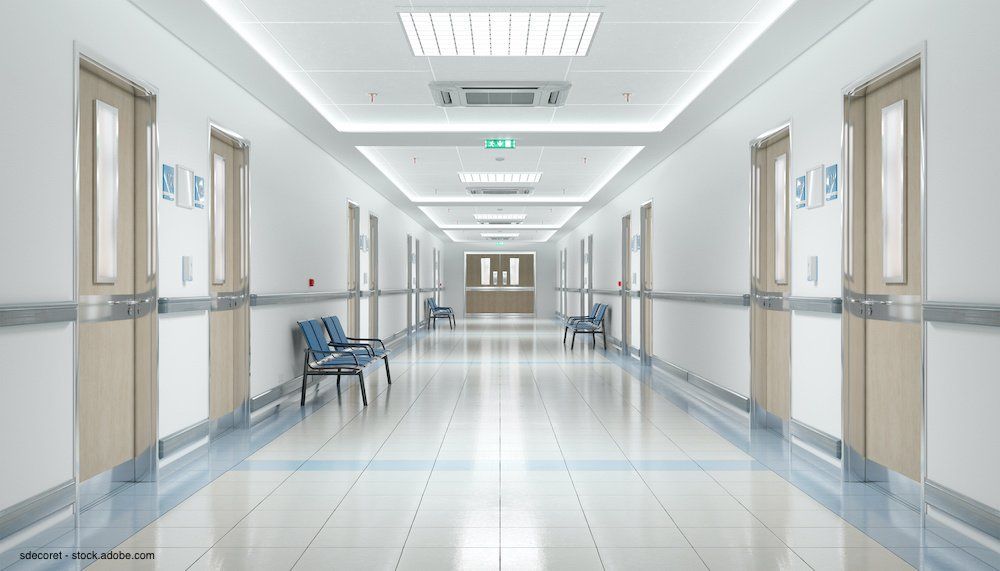 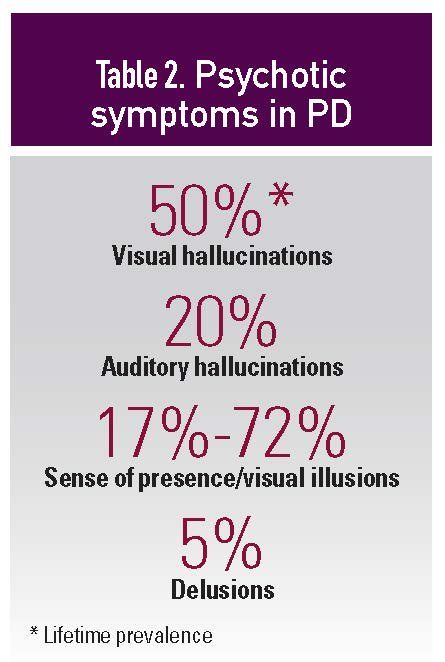 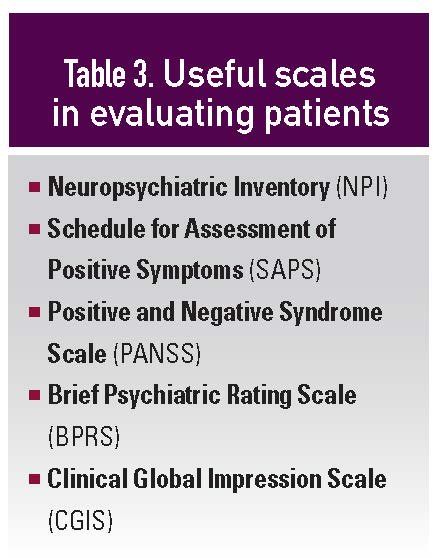 Parkinson disease (PD) is the second-most common neurodegenerative disorder in the US after Alzheimer disease (AD).1 It is estimated that in the US alone approximately 630,000 individuals have a diagnosis of PD. The prevalence of PD increases with age and it is estimated that the prevalence will double by 2040.2 The disorder is significantly more common among individuals aged 80 years or older compared with those aged 40 to 49 years (1903 per 100,000 population versus 41 per 100,000 population, respectively). The overall cost of caring for individuals with PD is approximately $52 billion per year.3

Although not one of the cardinal features of PD, psychotic symptoms are seen in approximately 25% to 30% of individuals with PD.4,5 The risk factors for the development of psychotic symptoms in PD (ie, PD psychosis) include older age, greater severity of illness, longer duration of illness, the axial rigidity subtype of PD, idiopathic PD, underlying dementia, delirium or depression, the presence of sleep disturbance including REM behavior disorder, reduced vision, and the use of dopaminergic agents (Table 1).6-8 PD psychosis is also associated with worsening quality of life, greater caregiver distress, higher rates of institutionalization, increased mortality, and greater health care costs.9,10

â¼ The presence of one or more of the following symptoms: illusions, false sense of presence, hallucinations, or delusion;

â¼ The UK brain bank criteria for the diagnosis of PD is met;

â¼ The symptoms occurred after the diagnosis of PD;

â¼ The symptoms are recurrent or continuous for 1 month;

â¼ The symptoms are not better accounted for by another cause of Parkinsonism (eg, dementia with Lewy bodies; psychiatric disorders such as schizophrenia, schizoaffective disorder; delusional disorder or mood disorder with psychotic features; a general medical condition including delirium);

The Movement Disorder Society Task Force that evaluated the rating scales for assessing PD psychosis found that none of the currently available scales adequately captured its entire phenomenology.13 They recommend that the following be used as primary scales in clinical trials evaluating new treatments for patients with PD psychosis: the Neuropsychiatric Inventory (NPI) for the cognitively impaired population or when a caregiver is required; Schedule for Assessment of Positive Symptoms (SAPS), Positive and Negative Syndrome Scale (PANSS) or the Brief Psychiatric Rating Scale (BPRS) for the cognitively intact population or when the patient is the sole informant. The Clinical Global Impression Scale (CGIS) was suggested as a secondary outcome scale to measure change and response to treatment over time (See Table 3).

The first step in the management of PD psychosis is to assess the severity of symptoms. For mild symptoms that are not bothersome, there is no need for specific intervention other than providing reassurance and close monitoring to evaluate the progression of symptoms. The next step is to identify and treat for secondary causes of PD psychosis including medical disorders.

Medications that are used to treat the motor symptoms of PD may cause or worsen psychosis.8 A reduction or discontinuation of anticholinergics, monoamine oxidase inhibitors, levo- dopa, or dopamine agonists may result in the improvement of symptoms.16,17 If discontinuation of these agents is ineffective, psychotropic medications, may be indicated.4

A systematic review of placebo-controlled trials by Wilby and colleagues18 demonstrated benefit for clozapine and pimavanserin for the treatment of PD psychosis. There were no definitive benefits noted for either quetiapine or olanzapine. The comparative studies showed improvements in PD psychosis symptoms when clozapine or comparator drug were assessed alone, but the data did not suggest any superiority of one active drug over the other drugs.

Pimavanserin, a novel 5-HT2A inverse agonist is the first FDA-approved antipsychotic for the treatment of hallucinations and delusions associated with PD psychosis.19 Pimavanserin improves symptoms of PD psychosis when compared with placebo (P = .0014). The adverse effect profile of pimavanserin include urinary tract infections, falls, peripheral edema, hallucinations, confusion, nausea, and headaches. Electroconvulsive therapy (ECT) has also been found to be beneficial for refractory symptoms.20