Psychiatric Liability: A French Psychiatrist Sentenced After a Murder Committed by Her Patient

On December 18, 2012, French psychiatrist Daniele Canarelli, age 58, received a 1-year suspended prison sentence by the Criminal Court of Marseille after one of her patients killed someone. 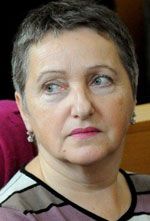 On December 18, 2012, French psychiatrist Daniele Canarelli, age 58, received a 1-year suspended prison sentence by the Criminal Court of Marseille. Dr Canarelli had been found guilty of multiple practitioner failures and misconducts after one of her patients-Joel Gaillard-killed 80-year-old Germain Trabuc on March 9, 2004. The court also sentenced Dr Canarelli to pay 7500 euros and 1000 euros, respectively, to each of Mr Trabuc’s sons.

French psychiatrists rarely face lawsuits.1 In cases involving harm by a patient to a third party, a hospital or insurance company usually assumes liability and pays for damages. Legal cases that result in prison sentences for psychiatrists remain exceedingly rare. That is precisely why this case has caused such a stir in Europe.

Some background on this case: Joel Gaillard had been Dr Canarelli’s patient for nearly 4 years, between 2000 and 2004. During that time, Gaillard was repeatedly and mandatorily hospitalized at the request of his family or the regional government’s social services.

On the day that Gaillard murdered Trabuc, he was on probation and being treated as an outpatient. As such, Gaillard was the legal responsibility of the psychiatric hospital. Twenty days before the murder, Dr Canarelli had ordered the re-hospitalization of her patient, but the patient escaped during a consultation.

The jury found numerous and repeated lapses in judgment and actions on Dr Canarelli’s part. At the start of the trial, the court pointed out that the “law does not require from the physician an obligation of result” and that “predictability and zero risk do not exist.” The court also reassured psychiatric professionals by declaring that the case did not pertain to the entire profession. It was said at the trial that “the court is not judging psychiatry here, but rather a very specific case with a specific misbehavior of the treating doctor.”2

Several acts of negligence were brought against Dr Canarelli. Charges outlined in the judgment text stated that under her supervision, the 4 years of therapy were marked “beyond any doubt” with “a succession of failures” and her attitude “resembled blindness.” These charges were based on the following:

Despite “an escalation of acts of aggression, of increasing severity” perpetrated by the patient while he was in treatment, “Dr Canarelli remained stubbornly attached to her treatment approach and ignored such obvious alarm signals. She did not question her methodology or change her approach, thus creating or helping to create the situation that led to the realization of the crime.”

The doctor also failed to “establish the correct diagnosis.” This assertion may be debatable, but her reports concerning the patient revealed that she sometimes ruled out psychosis, which was noted by all the other doctors who examined the patient as well as by the expert who was appointed to the court after the murder.

The court found a clear discrepancy between the mental disorder meticulously described by the doctors who recommended “hospitalization without consent,” and the therapeutic approach adopted by Dr Canarelli. The patient had repeatedly objected to his hospitalization, as unanimously stated by experts who examined him on those occasions.

Dr Canarelli continued with the same therapeutic approach and prescribed successively longer “exit test” periods outside of the hospital, especially from October 2003 onward-despite several “alarming incidents and alerts” of which she had been aware.

Dr Canarelli was also accused of failing to take into consideration the experts’ recommendation in 2001 to transfer her patient to a specialized facility (at that time there were 4 such facilities in France where extreme cases were admitted). Nor did she consider the experts’ request to transfer the patient for treatment by another therapeutic team.

In January and February of 2004, Dr Canarelli had received alerts from the mental health center and the patient’s family. But “she did not make any concrete conclusion out of the information she received, and didn’t put it to proper use during her counseling appointment of February 19, 2004, with the patient.”

French Penal Code Article 121-3: When a Psychiatrist’s Patient Harms Someone…

There is [. . . ] transgression of the law, in cases of recklessness, negligence or breach of duty in terms of providing adequate care or safety, as stated by law or regulation, if it is established that the perpetrator has not completed the normal due diligence given, with regard to the nature of their duties, functions, skills and means put at their disposal.

Based on the above, individuals who did not directly cause any damage, but who created or helped to create the situation that led to the occurrence of the damage or who have not taken appropriate measures to prevent it, are criminally liable if it is determined that they have either manifestly violated, in a deliberate manner, their duty of providing care or safety as stated by law or regulation, or exposed others to serious risk that they could not ignore, through their own misconduct [emphasis provided by the authors].

Dr Canarelli justified the non-use of coercive measures during therapy by “the need to establish and maintain a trusting relationship with the patient.” The court did not share this reasoning and argued that while therapeutic alliance is of “major importance,” the relationship of trust “is not an end in itself but only a means for patient adherence for the best outcome.”

Dr Canarelli’s conviction was mainly based on the principles of Article 121-3 of the Penal Code (Box). According to the court, a series of faults or acts of negligence occurred that justified her 1-year suspended prison sentence.

This case has spread a feeling of anxiety among French psychiatrists, who are now bound to manage the “dangerousness” of their patients-as if they are able to predict and neutralize any possible dangerous acts that their patients might commit. The case also led to the creation of law 2011-803, on July 5, 2011. The objective of that law is to ensure that “dangerous” psychiatric patients are monitored and attended to.3-5

In particular, this law replaced the “exit test” with “ambulatory care without consent.” In principle, the law enables greater intervention by psychiatric teams. However, it also increases the responsibility of doctors by requiring more transparency (methodology, location where the treatment is administered, frequency of visits or consultations, etc) and obligates them to notify authorities if the patient does not adequately follow the therapeutic program. In this new, legally binding context, French psychiatrists now justifiably believe that lawsuits against them will become more frequent.

Articles in this issue
Shared Decision Making in the Treatment of Psychosis
Treating Comorbid Psychiatric and Substance Use Disorders
Five Key Fantasies Embraced by DSM
Lamotrigine for Major Depressive Disorder Is Inappropriate
Never Quite as It Seems: An Apparently Chance Association May Explain a Lot About Schizophrenia
Letter to a Foreign Psychiatrist
Psychosocial Assessment and Treatment of Bariatric Patients
When a Psychiatrist Is Given a Prison Sentence After a Patient Commits a Crime: Comments on a Disconcerting Case
Psychiatric Liability: A French Psychiatrist Sentenced After a Murder Committed by Her Patient
Antidepressants and Pregnancy
Assessing Violence Risk: A Meteorological Analogy
Assertiveness Training
Religion, Spirituality, and Psychiatry
The Humanities and Psychiatry: The Rebirth of Mind
Related Content