The mental health toll of any form of discrimination is great. 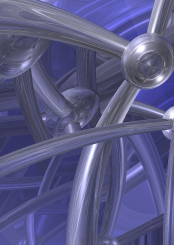 There have been several or more “isms” that refer to discrimination and/or prejudice against certain groups of people. In the US, racism has been a prominent one. Sexism is another. Even ageism, as I now personally recognize as I pass social security age.

In South Africa, I recently heard about the term gayism, referring to the violent treatment of homosexuals, especially lesbians, which then combines sexism with the gayism. “Corrective” enforced rape is not infrequently applied by indigenous South African males.

Often, there is some sort of mental health or general health toll to those subject to one of these “isms.” At times, those guilty of racism were considered to have a psychological disorder. These common and recurrent “isms” may reflect a natural evolutionary tendency to scapegoat groups who are different, due to fears of the “other.”

I don’t think by today that there can be any question that there is significant discrimination and prejudice against those who are deemed to have some sort of significant mental problem. Many times, that has resulted in trying to keep such people out of mainstream society, whether that be hospitalization, not being able to live in certain neighborhoods, and not being hired for work.

We have had mental disorders “carved out” of medical illnesses by managed care companies, with the result of less care for less money. This cannot be justified by any relative lack of treatment efficacy, because recent research indicates that psychiatric treatments seem to be on a par to those of many general medical conditions. If we enter the medical system, we are often treated inadequately, even though we tend to die much younger. In Nazi Germany, we were the first to go. Even so, when the Universal Declaration of Human Rights was declared in 1948 to try to prevent such tragedies from reoccurring, we were not included in the groups needing special human rights protection.

Today, services around the world, inadequate to begin with, are diminishing further with the economic recession. At its worst, enforced psychiatric hospitalization is paradoxically used for political dissidents in some countries.

Surely, understanding the causes of emotional distress and how to categorize the varying expressions need much more study. However, even though the brain is the most difficult organ to study, we have less funding for research.

We have the continuing stigma against people who are called “crazy.” As a consequence, when those labeled with mental disorders speak up, what they say is often discounted as being part of their disorder. Complete recovery is expected less often than chronicity, which can be a self-fulfilling prophecy. Those that have recovered are often reluctant to speak out publicly to be role models.

Those who try to help people with psychological problems also become stigmatized. No wonder psychiatrists have been nicknamed “shrinks” long before there were any concerns about brain shrinkage from the illness or medications. Psychologists, social workers, and others get included too.

Unfortunately, sometimes in a society, those discriminated against will fight internally or compete against one another. So it is in the US at times, especially with gang conflicts. A psychoanalytic explanation for this phenomenon could be “identification with the aggressor.”

Now we may be seeing more and more of that in our field as the antipsychiatry movement of Scientologists seems to be expanding to former patients and their families who felt they were hurt by psychiatry. While some anger and criticism is surely warranted, the vitriol and call for the end of psychiatrists seems to border on hate speech, as described in the recent Psychiatric Times blog of Ronald Pies, MD.1

Similarly, Glen Gabbard, MD,2 recently described how such postings can hurt the reputation of a resident in training and his patient. The mother of this severely disturbed patient seemed to be approving of his treatment in the live sessions but posted very derogatory comments online. This problem was not solved to anyone’s satisfaction. This can be tragic to all those concerned and involved.

No wonder medical students seem less interested in psychiatry. They seem especially turned off by the stigma and our disdain of one another that they notice on their clerkships.

This sort of stigma has even contributed to the lack of recognition for when emotional distress, or what might otherwise be considered as a mental disorder, contributes greatly to society. Founders of our major religions, viewed out of context, could fit into this category. Untreated artists, ranging from Beethoven to Van Gogh, are others. Most recently, psychiatrist Nassir Ghaemi, MD,3 analyzed how some leaders with degrees of mania and depression do better in crisis, including Presidents Lincoln and Kennedy.

One would think that with all this range of discrimination and prejudice, some “ism” would be applied by now to those harmed. But no. The closest I could find is “ableism,” occasionally applied to people with a physical or mental disability. Since the physical disability is usually more obvious, the term is generally applied there.

Perhaps the lack of such an “ism” indicates a discrimination and prejudice even more intense or ingrained, so much so that there is not even a term to rally around. Such a term could be psychism. This is a term that is so unused that we can easily adopt it as our own. In theosophy, I found it used on rare occasions to refer to spiritual awakening. Spiritual awakening is indeed what we need, isn’t it?

Psychism, then, is much broader than the term stigma. It links the discrimination and prejudice of other social groups to that of anyone who works in the mental health care field, from patients to psychiatrists. It is so practically important because psychism tends not only to reduce the self-esteem of those involved, but also to limit the likelihood of getting necessary help and improvement. As the saying goes, “The mind is a precious thing to waste.”