Seashells, Not an Ocean

Our basic science knowledge of the brain continues to explode beyond what science fiction of the past has predicted.

In honor of the New Year, I reviewed a list of 10 novel agents in the pharmaceutical pipeline that demonstrate an array of mechanisms that may eventually join our clinical pharmacopeia (see cover story). Several of these agents hold promise as treatments to improve efficacy as well as tolerability for significant subpopulations of our patients. Amidt the excitement and hope of novel drugs, it is important to place our expectations and curative fantasies in the appropriate context. As of today, based on what we know, the human brain remains the most complex organ in the universe. The average adult brain weighs only 3 lbs and is constructed with 80 billion neurons. Each neuron connects to other neurons with up to 10,000 synapses. These synapses are in a constant state of neuroplasticity, strengthening connections here and reducing connections there based on the ever-changing demands of our environment—both internal and external. 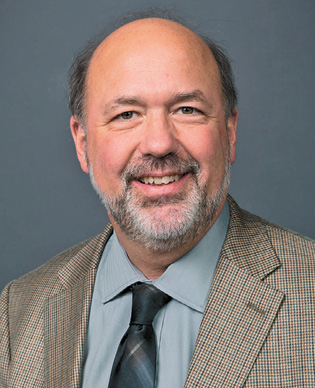 Remarkably, each human brain has approximately 1 quadrillion synapses/connections that define our moment-to-moment changing connectome, which is the foundation of our uniqueness and identity. One quadrillion equals 1000 trillion, which is the number 1 followed by 15 zeroes: wrap your mind around that—pun intended. We continue to discover novel receptors, subreceptors, genetic polymorphisms, epigenetic modifications, enzymes, neurotransmitters, synergistic/ antagonistic interneuronal connections, and more with each passing day. This list is limited to physical elements of the brain that create our current primitive understanding of the nature of consciousness.

Additionally, we are relatively clueless as to the variables that weave together to create a personality, determine how much resilience a person has, or contribute to the opposing qualities of compassion and unapologetic violence toward others. Nonetheless it is truly remarkable how much we have learned about our brains during the past century. From sequencing the entire human genome, to mapping out neural microcircuits that cross through divergent brain structures, to the windows into brain function that MRI, positron emission tomography, and single-photon emission computed tomography scans have opened, our basic science knowledge of the brain continues to explode beyond what science fiction of the past predicted.

During the last 100 years, serendipity and creative genius have produced psychiatric drugs that have truly advanced our understanding of the brain and significantly lessened the tremendous burden of suffering from major mental illnesses such as schizophrenia, major depressive disorder, bipolar disorder, anxiety disorders, and substance use disorders. In 1955, shortly after chlorpromazine was introduced in the United States as our first antipsychotic medication, 558,922 individuals were hospitalized in state and county psychiatric hospitals. By 1990, that number of hospitalized individuals dropped to 115,000 while the total US population increased.1 The introduction of clozapine to the United States in 1989, our first antipsychotic FDA approved for treatment-resistant schizophrenia, led to a second wave of deinstitutionalization. In my state of New Hampshire, the number of psychiatric patients hospitalized at New Hampshire State Hospital dropped from 2700 in 1963 to 120 in 2013, according to Jay Couture, CEO of Seacoast Mental Health Center, Portsmouth, New Hampshire. Let me be clear, this dramatic decrease in national and NH state hospital admissions is not entirely based on newer or better medications, nor is it necessarily something of pride.

On October 31, 1963, President John F. Kennedy signed the Community Mental Health Act into law. He optimistically stated: “The time has come for a bold new approach … If we apply our medical knowledge and social insights fully, all but a small portion of the mentally ill can eventually achieve a wholesome and constructive social adjustment.” Although the intent was good, the ensuing deinstitutionalization of patients with psychiatric disorders across the country was rapidly enacted before the necessary outpatient and supported residential structures were in place. Additionally, the naivety in 1963 included an overinflated belief that antipsychotic medication alone would adequately treat the deinstitutionalized.

Today more individuals with schizophrenia are institutionalized in correctional facilities than in psychiatric hospitals, and the homeless population includes a large number of individuals with serious mental illnesses. An iconic study funded by the National Institute of Mental Health, Recovery After an Initial Schizophrenia Episode (RAISE),2 began in 2009, and compared the outcomes of 404 individuals with a diagnosis o first-episode psychosis who were randomized to 2 different treatment interventions and followed for 2 or more years. Remarkably, the mean duration of untreated psychosis in this population was 74 weeks.3 RAISE concluded that the treatment group receiving a comprehensive intervention, in contrast with community treatment as usual, demonstrated a greater improvement in psychiatric symptoms, quality of life, and participation in work and school, and remained in treatment longer. Comprehensive intervention included aggressive antipsychotic medication, cognitive behavioral therapy, family education and support, and educational and vocational rehabilitation. The shorter the duration of untreated psychosis was predictive of a significantly greater improvement of quality of life and total score on the Positive and Negative Syndrome Scale (PANSS).2,3 Hence, we continue to learn the importance of a broad treatment intervention that affects many elements of day-to-day life.

Here at the beginning of 2021, 30 years after George Bush’s “decade of the brain,” we continue to struggle to achieve adequate response and less commonly full remission in all the major psychiatric disorders. As I see it, we are right where we should be. Progress is always incremental, with an occasional paradigm shift. In psychiatry we have learned that optimal treatment of our patients includes far more than medications, including the drugs in the pipeline. The same can be said about all medical disorders. Despite huge advances in medicine and surgery, illness is a familiar part of most of our lives.

We will likely never attain a complete understanding of the human mind, body, and soul. Knowledge is limited by the biases and tools of inquiry that we bring to our exploration of what is not known—which certainly greatly exceeds that which we know. Yet a fascinating quality of us humans is that we act and pretend like we know everything in contrast to the generation that preceded us. In psychiatry we sometimes speak with amusement, condescendence, or disgust when we teach students about the cutting-edge treatments of the mid-1900s. Insulin shock therapy was used routinely during the 1940s and 1950s for the treatment of schizophrenia. Frontal lobotomies were performed during this same time period for a variety of psychiatric disorders; this involved inserting an instrument into the prefrontal cortex and severing neuronal connections, which commonly resulted in a dramatic loss of the individual’s prior personality and intellect. You can be sure that we will be equally judged in 100 years for our current state-of-the-art treatments.

The good news is that this is how science and the advancement of knowledge works. In 1675, Isaac Newton wrote in a letter to Robert Hooke: “If I have seen further it is by standing on the shoulders of Giants.”4 Ultimately, no single person discovers or invents any one thing. Rather, insights organically arise when the necessary foundation has been established by the hypothesis and theories of predecessors, along with an infinite number of unknowable factors that converge to enlighten that moment in time.

Ultimately, we deserve to revel in every scientific breakthrough, no matter how large or small. However, we must remain mindful that today’s treatments will eventually become outdated and replaced by the discoveries of tomorrow, and this is what good science is all about. We must humble ourselves as modeled by one of science’s greatest minds—Isaac Newton5:

I do not know what I may appear to the world, but to myself I seem to have been only like a boy playing on the seashore, and diverting myself in now and then finding a smoother pebble or a prettier shell than ordinary, whilst the great ocean of truth lay all undiscovered before me.

It would be naïve to anticipate that one day we will understand that great ocean of truth, but we should never cease in our curiosity, exploration, and discovery of yet another pebble or seashell.