Supporting Youth: New Findings in Youth Depression and Beyond

What's new and noteworthy in children and adolescent psychiatry? 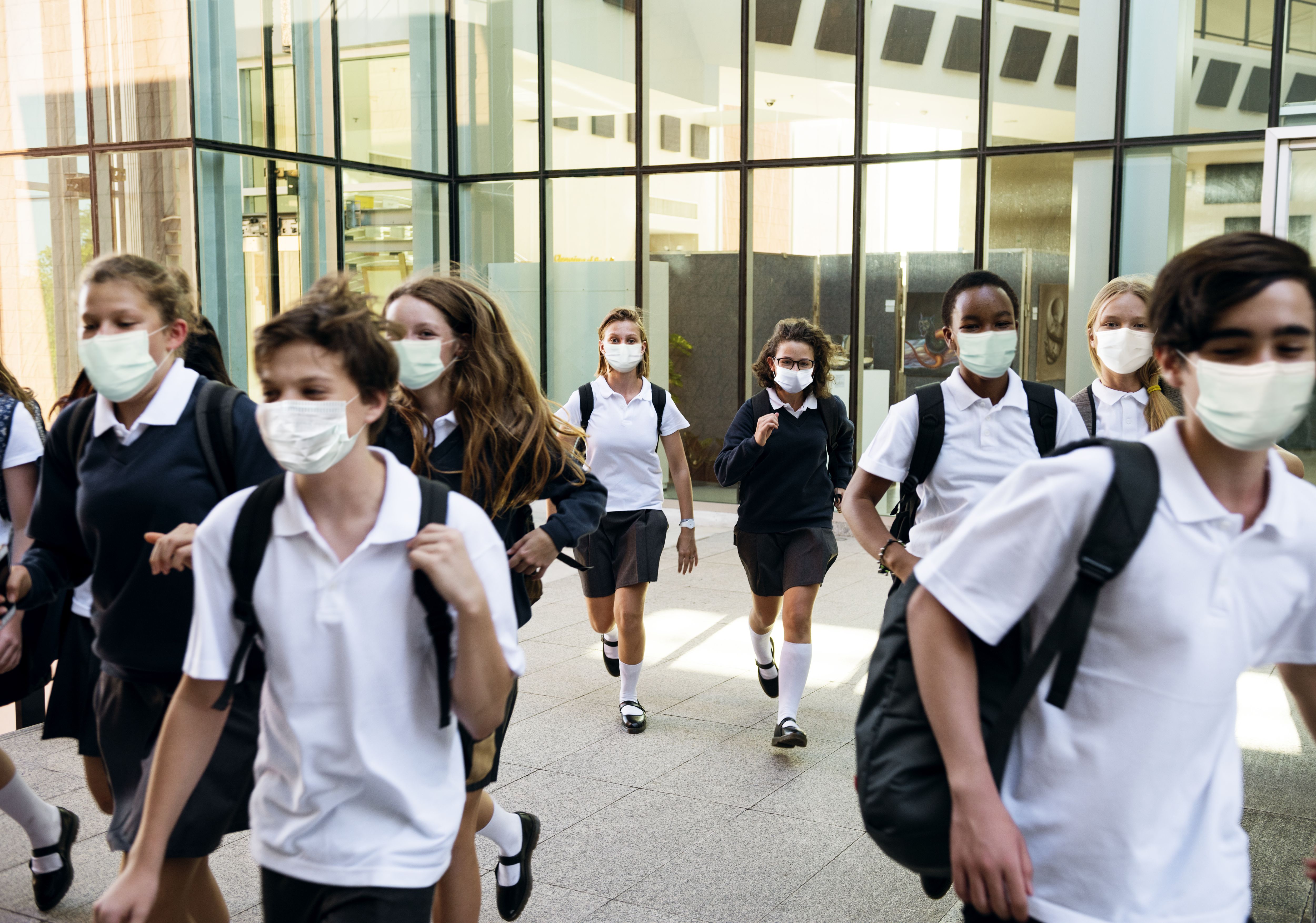 Child and adolescent psychiatry has always been important, and maybe it is even more so since the pandemic. As noted in an earlier Child & Adolescent Psychiatry column, COVID-19 has brought a complex array of factors (ie, uncertainty, social isolation, and parental angst) that have impacted youth mental health. We know predictability is a stabilizing force for children and adolescents, and that has been disrupted since the start of the pandemic. We likely will see an increased need for mental health care in the postpandemic period. This article summarizing new research and this Special Report will help support efforts in providing optimal care to our patients.

Several recent studies provide clinically relevant information about depression in children and adolescents on a range of topics including family history, long-term outcomes, ketamine treatment, and COVID-19’s impact on depression and suicide risk.

It is well known that a family history of depression increases risk of depression for offspring. A recent retrospective study examined the association of multigenerational family history of depression and lifetime depressive disorders in children.1 Data was obtained from the Adolescent Brain Cognitive Development (ABCD), which included psychiatric assessments of 11,200 children (mean age 9.9 years). Participants’ parents provided information about depression history in second-degree and first-degree relatives (ie, grandparent’s generation and parent’s generation).

These findings reaffirm the importance of obtaining a family history when assessing children.

Another recent study added to the expanding literature about the adverse consequences of depression in youth. In this study, the long-term outcomes of childhood/adolescent depression were examined using data from the Great Smokey Mountains Study, a longitudinal representative study of children in 11 rural counties of North Carolina.2 The analysis included 1420 participants from 3 cohorts of children aged 9, 11, and 13 years. Annual assessments were conducted until age 16; assessments were then conducted at ages 19, 21, 25, and 30 years.

There are very limited data available in the adolescent population on ketamine. Dwyer et al3 conducted the first controlled trial of intravenous ketamine for adolescent treatment-resistant depression. Participants (n=17) were aged 13 to 17 years and had treatment-resistant depression, which was defined as failure to respond to at least 1 prior 8-week trial of antidepressants at therapeutic doses. The average number of failed prior antidepressants was 3.2. Depression was fairly chronic in these adolescents, with an average duration of 21 months for the current episode.

In the randomized, double-blind, single- dose crossover trial, adolescents received a single intravenous infusion of either ketamine (0.5 milligrams per kilogram over 40 minutes) or midazolam (0.045 milligrams per kilogram over 40 minutes) and the alternate compound 2 weeks later. Adolescents remained on their current medication during the trial; the majority were on antidepressant medication. The primary outcome measure was the score on the Montgomery-Asberg Depression Rating Scale (MADRS) 24 hours following treatment.

Depressive symptoms were significantly reduced 24 hours after a single ketamine infusion compared with midazolam. Clinical response (defined as more than a 50% reduction in MADRS score within 3 days following treatment) was significantly higher for ketamine than midazolam: 76% and 35%, respectively. MADRS ratings after ketamine were significantly lower at each post-baseline time point up to day 14 as compared with midazolam. Significant dissociative symptoms were found with ketamine, and were time limited, with an elevation at the 1-hour time point and return to baseline by the 2-hour time point. Based on these findings, large scale controlled trials of ketamine for adolescent treatment resistant depression are warranted.

To address the concern of COVID-19’s impact on youth, a recent study examined changes in depression and suicide risk screening, as well as percentage of positive screens during the COVID-19 pandemic.4 Electronic health record data were obtained from a large pediatric primary care network from Children’s Hospital of Philadelphia, which included 29 urban, suburban, and semirural practices. Screening for depression and suicide risk during primary care visits for adolescents aged 12 to 21 years was compared for the periods of June to December 2019 (prepandemic n=45,504) and June to December 2020 (pandemic n=47,684). The Patient Health Questionnaire – Modified for Teens (PHQ-9-M) was used to screen for depression symptoms and suicide risk.

Depression screening rates during well visits declined from 77.6% to 75.8% during the pandemic period but gradually increased to prepandemic levels. There was an increase in the percentage of adolescents screening positive for moderate-to-severe depression—from 5.0% in prepandemic period to 6.2% in the pandemic period—particularly for female, non-Hispanic Black, and non-Hispanic White adolescents. Similarly, there was an increase in positive suicide risk screens from 6.1% to 7.1%, which was greater among female than male adolescents.

These findings demonstrates the importance of routine screening for depression and suicide in adolescents, especially during this pandemic period.

New research is critical to informing and optimizing care. The information in this Special Report will further enable you to address the mental health needs of children and adolescents.

Dr Wagner is professor and chair, Department of Psychiatry and Behavioral Sciences, University of Texas Medical Branch, Galveston, Texas. She is immediate past president of the American Academy of Child and Adolescent Psychiatry and a member of the Psychiatric TimesTM Editorial Board. 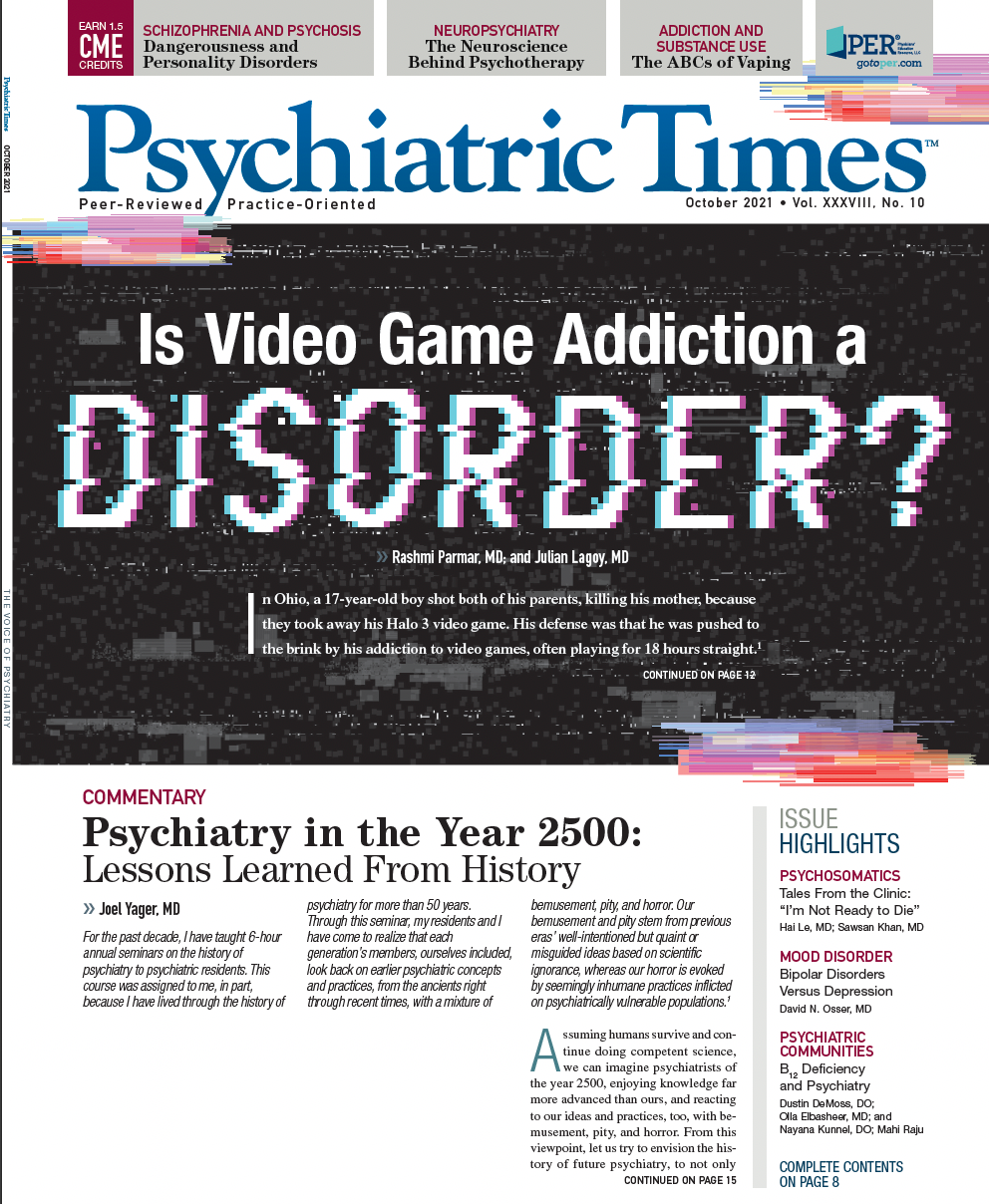 Facilitating Autism Diagnosis
Incorporating Well-Being Into Child and Adolescent Psychiatry
Screen Media Activity in Youth: Friend or Fiend?
Divining the Truth: Anti-Vaxxers, Water Witches, and the Limits of Reason
Supporting Youth: New Findings in Youth Depression and Beyond
Traveling the Middle Road Between Skepticism and Scientism
Prompts (for Doctors Who Write Poetry)
Bipolar Depression: How Not to Miss the Diagnosis
How Many Lives Have Been Saved by COVID-19 Vaccinations?
A Brain-Based Approach to Psychotherapy
“I’m Not Ready to Die”
Exploring Vital Amines: The Who, What, When, Where, Why, and How of B12 Deficiency
Sounds, Syllables, and Schizophrenia
The ABCs of Vaping
Personality Disorder and Dangerousness
Related Videos
Related Content