Tools and Tips for Assessing Cognition in Older Adults: Issues for Psychiatrists

The cases presented here illustrate the complexities of memory loss and psychiatric comorbidities. 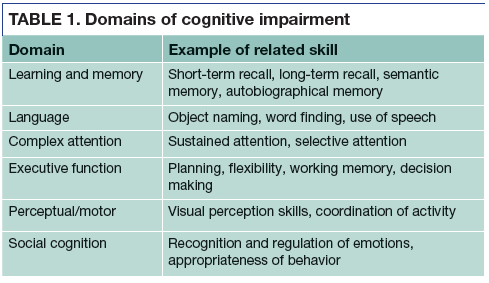 With the growth of the elderly population has come increased pressure on psychiatrists to offer timely access to quality care that is specific to the needs of the elderly, particularly the recognition of cognitive loss and dementia. Up to 40% of patients with moderate degrees of cognitive impairment remain unrecognized and undiagnosed by physicians.1 It has been postulated that some clinicians simply believe early detection does not change the trajectory of illness; some may feel that the tests are too time consuming or difficult to administer; still others may assume that their patients will resist the testing, without attempting to suggest it to their patients. However, the benefits of early detection of cognitive loss include counseling patients and their families regarding advanced care planning, preparation for financial needs, treatment of comorbid medical conditions, and maximizing functional status to promote better quality of life.

Cognitive impairment is not always associated with dementia. For this reason, a full comprehensive history is an integral component of any cognitive assessment. Presenting complaints of memory loss or changes in behavior, demeanor, or activity in the elderly population may be reflective of a psychiatric illness including a mood or anxiety disorder, a response to a new medication or a change of dosing, or an underlying medical condition. In some cases, what may appear to be a cognitive impairment may actually be an underlying depression or anxiety disorder in which attention and concentration become difficult. The following Case Vignette illustrates how complex presenting memory loss can be when complicated by both medical and psychiatric comorbidities.

Mr. B is a 76-year-old man with multiple medical problems including diabetes mellitus, hypertension, hyperlipidemia, glaucoma, and obstructive sleep apnea. He is referred by his primary care physician (PCP) because of a decline in cognition over the past 6 months; his Mini Mental State Examination (MMSE) score decreased from 23 to 15. On interview, Mr. B appears tired and complains of poor sleep with frequent awakening during the night. He explains that he has difficulty filling his prescriptions and has not been taking his medications for many months. He also does not regularly use his continuous positive airway pressure device.

Mr. B describes feeling overwhelmed by his medical problems and depressed by his financial state. He is referred back to his PCP for care, given a referral for homecare services, and seen for follow-up. After 3 months of better adherence to his medical regimen, his MMSE score is 20/30. He remains depressed and is treated with sertraline, with follow-up visits at regular intervals that his daughter takes him to.

Complex medical and psychiatric comorbidities need to be identified as part of the cognitive screening examination in order to create an appropriate treatment plan. It is important to consider and rule out metabolic, vascular, and endocrine illness and to consider causes of acute confusional states. Often, identifying and appropriately treating a medical disturbance can improve or restore the level of cognitive function. Cognitive impairment may relate to language, executive functioning, social cognition, perceptual/motor functioning, or complex attention (Table 1).

A picture of the patient’s functional capacity should be obtained, including ability to perform basic activities of daily living (washing, dressing, grooming) and instrumental activities of daily living including managing finances, shopping, transportation, telephone use, and medication management. Cognitive reserve factors should be well understood including the patient’s level of education, engagement in social and physical activities, and background of performing complex mental tasks.

The remainder of the assessment should focus on gathering a medical history, family history, substance use history, and medication review. Laboratory tests such as a complete blood cell count, electrolyte panel, renal and liver function tests, thyroid function, and serum vitamin B12 levels should be done to rule out any reversible causes of cognitive impairment.

The first step in integrating cognitive screening tools into practice is knowing who to screen and when to perform the evaluation. Generally, it is recommended that clinicians screen individuals with cognitive complaints, those with family who express concern about memory loss, and patients with multiple risk factors or advanced age.

There is no tool that is diagnostic for dementia. The current tools are screening measures, ie, they are designed to identify people who are at increased risk of disease. A number of cognitive screening tools have been developed, all exhibiting differences in their administration and scoring. They all share the goal of rapidly assessing cognitive functioning in the clinical setting.

The MMSE remains the most widely used tool as well as the most studied. The tool was compiled from a number of neuropsychological batteries and includes 5 for a possible 30 points2:

Limitations of the MMSE include poor sensitivity in frontal domains/executive functioning. In addition, patients with a higher degree of education or intelligence exhibit a ceiling effect.

The CDT has become popular with neurologists as well as psychiatrists because of its ease of administration, ease of scoring, and its capacity for testing multiple cognitive domains. The CDT screens through visuospatial, constructional praxis, and frontal/executive domains. The patient is asked to mark the time on a clock and is scored based on his or her ability to draw the circle, appropriately space the numbers on the face of the clock and, finally, for correctly representing the time. Strengths of this particular tool include the universality and cross-cultural ease with which representing time is understood.3 In comparison with other tools, there is less cultural bias involved and it also involves less bias due to intellect or education.

This is a 3-word recall test combined with the CDT. Again, it is considered relatively easy to use and fast to administer to the patient. Cognitive impairment is questioned when a patient is unable to recall any 1 of the 3 words listed with a normal clock, or if he or she is able to list 1 or 2 words but draws an abnormal clock. This screening test is thought to be useful in determining whether impairment is present; however, it is not useful in monitoring disease progression.2

Similar to the MMSE, SLUMS is a 30-point test that was designed to measure ability in the domains of orientation, executive function, memory, and attention. Some researchers argue that the SLUMS scale addresses some of the shortcomings of the MMSE, including being better at detecting aphasia as well as having less emphasis on orientation.4

Some patients may self-refer for an evaluation of memory loss as illustrated in the following Case Vignette. These seniors may be worried by the thought of cognitive loss but have no signs or symptoms. This illustrates the reassuring nature of screening tests and the importance of repeating the screens at regular intervals.

Mrs. V is an 82-year-old widow who complains of feeling anxious and very worried about her memory. She has a friend who recently received a diagnosis of Alzheimer disease, and Mrs. V is fearful that she has this too. She does not describe any clear issues with her memory. She has no active medical problems, and her only medications are vitamin D and calcium. Mrs. V scores 30/30 on the MoCA, and her clock drawing is intact and accurate. She is mildly anxious but responds well to reassurance. She is given a referral to a local senior center that provides support and stimulation, including memory-enhancing programs. She is instructed to return in 6 months for clinical follow-up.

MoCA was developed to enable earlier detection of mild cognitive impairment than the MMSE. The score range is the same as the MMSE, but it involves additional tasks that are better able to screen for difficulties with executive functioning. The MoCA also addresses bias due to educational level by adding 1 point for individuals whose level of formal education is less than 12 years.

The AMT is a 10-item scale for screening cognitive impairment, including domains such as short- and long-term memory, attention, and orientation. A score of less than 8 suggests a cognitive impairment. The benefit of this scale is its rapid administration time (roughly 3 minutes); an even shorter 4-item scale is also available. It is favored in busy clinical settings or in emergency departments, where lengthy screening tools are difficult to use.5

Cognitive screening tools have advantages and limitations (Table 2). The MMSE can be difficult to administer to patients with sensory or communication disorders. The MoCA takes into account the patient’s education level; it can be slightly lengthier toadminister than the MMSE or Mini Cog. The clinician may also consider the use of specific tools that involve less cultural bias. The Rowland Universal Dementia Assessment Scale (RUDAS) is a 6-item screening tool developed to avoid items that may be subject to cultural or educational bias.6

Health care practitioners should be mindful of cultural barriers in the use of cognitive tools. Psychiatric illnesses, including dementia, can be more difficult to detect in individuals who do not speak English as a primary language, or in those who are not familiar with Western cultural norms. Cultural competency issues may also include communication barriers, varying attitudes among cultures regarding dementia, and varying beliefs on what it is important to report to a clinician. 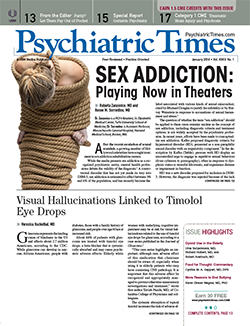