Vital Amines: The Who, What, When, Where, Why, and How of Folate Deficiency 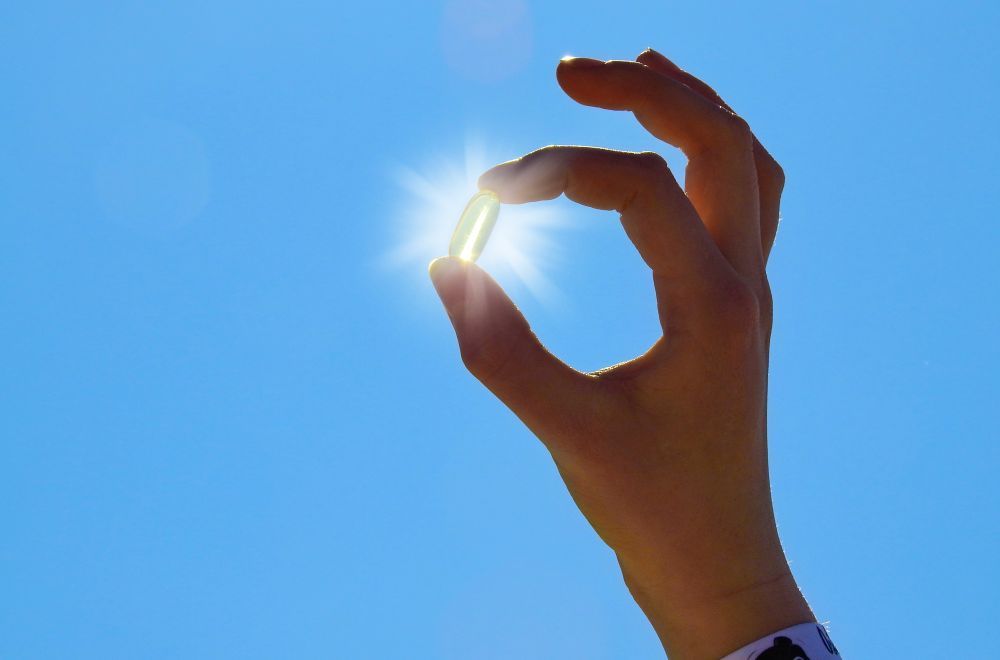 FROM THE ACADEMY OF CONSULTATION-LIAISON PSYCHIATRY

Although vitamin deficiencies and their associated adverse effects are usually considered a public health problem in the developing world, they remain an important clinical consideration for select populations across the globe. In fact, there is concern that we may be confronted with increased negative consequences of poor nutrition due to decreased testing and screening and less education in our medical institutions about the importance of good nutrition to optimal health.1

Casimir Funk, PhD, discovered that key nutrients, which he termed vital amines, are essential to maintaining good health and that deficiencies in these key nutrients led to pathognomonic disease states. This realization was a result of observing birds that were fed a diet of polished rice and developed a diffuse polyneuritis (beriberi). The same birds were then fed a diet of brown rice, and their “nervous symptoms rapidly disappeared.”2 This experiment helped establish the importance of vital amines, later shortened to “vitamin.” 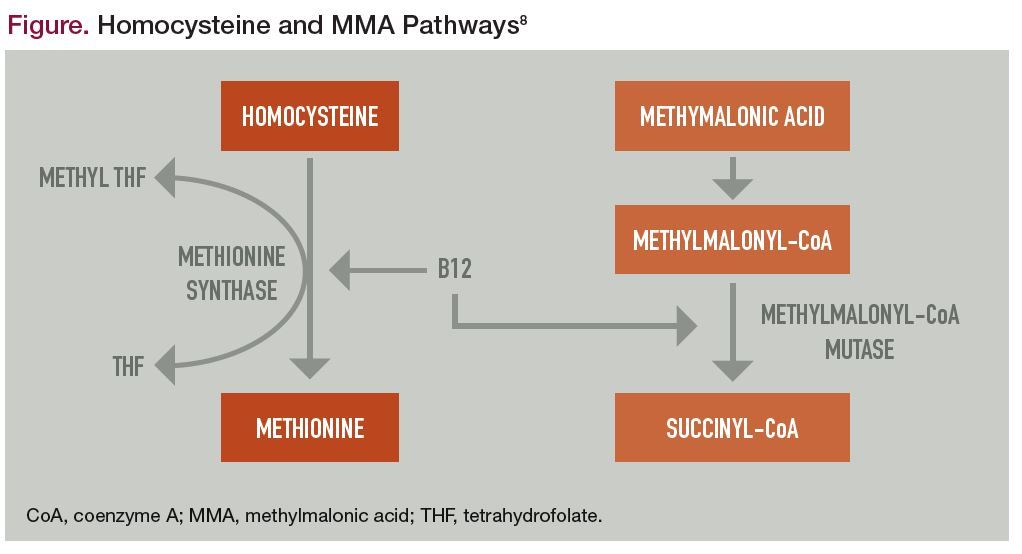 What Is Vitamin B9?

Vitamin B9, also known as folate or folic acid, is crucial for DNA synthesis and repair, as well as the metabolism of amino acids involved in methylation reactions.4 In women who are pregnant, folate deficiency can lead to neural tube defects in the fetus.5 In adults, folate deficiency can result in multiple neuropsychiatric symptoms. These symptoms may include cognitive impairment, insomnia, psychosis, depression, peripheral sensory deficits, and weakness. These manifestations are very similar to those of vitamin B12 deficiency. In patients with depression, folate deficiency can contribute to severity and can impede depression treatment.6

Folate, which is absorbed in the small intestine, is obtained via diet or supplementation. Select food sources of folate or folic acid can be found in Table 2.7 Most serum folate is found in its active form, methyltetrahydrofolate (methyl THF). Methyl THF undergoes a B12-dependent enzymatic reaction, donating its methyl group to form tetrahydrofolate, which, in turn, is later involved in DNA formation. Any disruption in this process can lead to a deficiency in folate and its associated manifestations.8

Folate deficiency can manifest from several different causes. High anabolic states, such as pregnancy, can result in increased utilization and depletion of folate stores. Similarly, chronic alcohol abuse causes poor absorption, impaired metabolism, and increased destruction of folate. Even moderate amounts of alcohol (for instance, 8 oz of red wine or 2.7 oz of vodka per day for a 2-week period) have been shown to reduce folate levels in otherwise healthy men.9 Certain medications have been shown to contribute to folate deficiency. A summary of common medications as well as their mechanism of folate deficiency can be found in Table 3.10

Who Is at Risk?

Patients who appear to be at highest risk for deficiency include individuals with alcohol dependence; individuals who take the noted medications (Table 3); patients who require increased intake of folate (eg, pregnancy, hemodialysis, chronic anemias); and those patients with poor absorption because of intestinal dysfunction from surgery or inflammatory bowel syndromes. Women of childbearing age are also considered to be at risk. According to the National Health and Nutrition Examination Survey, nearly 20% of women aged 14 to 30 years have inadequate serum levels of folate. The survey also found that almost 25% of non-Hispanic Black women have insufficient intake of folate compared with 13% of non-Hispanic White women.11

Screening and testing should occur in individuals who are at high risk, have evidence of a macrocytosis or hyper-segmented neutrophils, and have unexplained neuropsychiatric conditions (eg, weakness, ataxia, paresthesia, dementia, delirium, depression, and psychosis).

Folic acid supplementation is recommended for all individuals who are at high risk. Evidence suggests that pregnant women should take at least 600 μg of folic acid daily to prevent neural tube defects.12 Folic acid is also typically given to patients on methotrexate to reduce adverse effects, although the dose given varies among rheumatologists.13 Patients with chronic hemolytic states and renal dialysis are recommended to take 5 mg daily to weekly, depending on requirement.14

What About Folate Deficiency?

In 2018, a systematic review of survey data examined global folate status in women of childbearing age. Despite methodological limitations such as nonuniform measurement techniques and/or cutoff values, Rogers et al15 determined that the prevalence of folate deficiency was more than 20% in lower income countries and less than 5% in higher income countries. In January 1998, the United States implemented a mandate to fortify grain products with folate in an effort to reduce the incidence of fetal neural tube defects.16 Since then, folate deficiency has become very rare in the United States, with a prevalence of less than 1%.15

How Do You Diagnose and Treat It?

Oral replacement of folate is the recommended treatment. If the patient is unable to take oral medications, intravenous repletion is acceptable. The typical dose is dependent on the deficiency severity but ranges from 1 mg to 5 mg daily.19 Folate-deficient megaloblastic anemia due to dietary insufficiency or medications should be treated with 5 mg of folic acid daily for 4 months. Patients with malabsorptive states should be treated with up to 15 mg daily for 4 months.14

The authors report no conflicts of interest.

13. Taylor PC, Balsa Criado A, Mongey AB, Avouac J, et al. How to get the most from methotrexate (MTX) treatment for your rheumatoid arthritis patient?-MTX in the treat-to-target strategy. J Clin Med. 2019;8(4):515.

14. Devalia V, Hamilton MS, Molloy AM; British Committee for Standards in Haematology. Guidelines for the diagnosis and treatment of cobalamin and folate disorders. Br J Haematol. 2014;166(4):496-513.