The Wrong Way on a Long and Winding Road: Suicide in the US 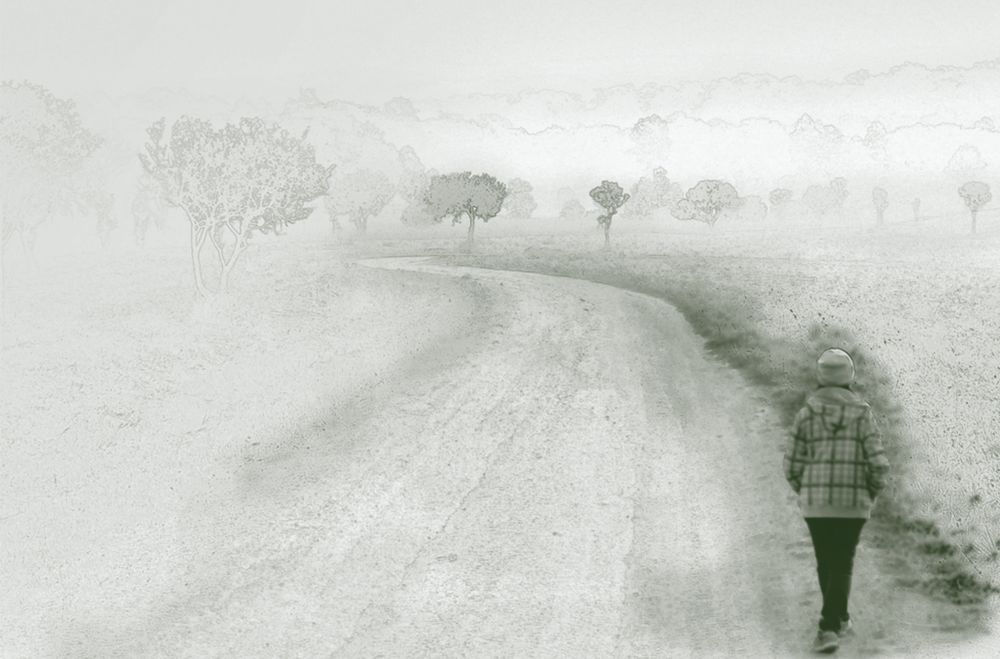 I'd never heard of the Aokigahara Forest near the base of Mt. Fuji, and none of the psychiatrists I’d met on my professional visits to Japan had ever mentioned it to me. I’d guess most of you hadn’t heard of it either. Until maybe recently, that is.

This forest is the place made infamous in a YouTube video (now removed) by a fellow named Logan Paul, one of the most widely watched bloggers on YouTube. The video caused a major international outcry of condemnation, because the video contained a view of a person who committed suicide hanging from a tree in the Aokigahara Forest, which is known in Japan as a frequently used site for suicide.1 The frequency of suicides there is so high that authorities have placed signage geared to direct those considering suicide to seek help. And, the number of park employees at the site have been increased.

My thinking about the Aokigahara Forest and of Japan’s concerns about the effect of social contagion on suicide barely preceded the release of the CDC annual report on suicide rates and trends. Unfortunately, unlike YouTube videos which can be removed, this report and the reality that underlies it are here to stay.

The American Foundation for Suicide Prevention (AFSP) has analyzed and summarized some of the key findings in the CDC report and posted them on its website.2 Nearly 50,000 people commit suicide in the US every year. In spite of improved understanding of risk factors and increased vigilance for suicide risk among mental health and other medical practitioners and families of those at risk, the suicide rate in the US continues to go up.

Because of the lag in data collection and analysis, the CDC report covers data with a year’s delay. What is seen, though, is that between 2006 and 2016 the overall US suicide rate went up from 10.97 to 13.26 per 100,000 people. Those numbers may seem small, but they reflect an increase of just over 20% in these 10 years. And, the trend lines don’t look much different going back to 2000.

For reasons that are unclear, the suicide rates are much higher among white people, although the rates in those identifying as Native American are close. White males accounted for 70% of suicides in 2016. And, although there has been a small uptick in rates in the last few years for African American or Asian heritage people, those rates are much lower than for white and Native Americans. The AFSP notes that data for those of Hispanic origin are not reported in the same way, since individuals in any of the other groups may be Hispanic.

Another interesting demographic finding is that the states that have the lowest population densities have the 10 highest per capita suicide rates. These states are, in order of suicide rates (highest to lowest): Wyoming, Alaska, Montana, New Mexico, Utah, Idaho, South Dakota, Oklahoma, Colorado, and Arkansas.

The CDC also, as you know, segregates rate data by age groups. The recent data show that the highest suicide rates are in those aged 45 years and older, clustering around 15 per 100,000. And, the rate of increases in the suicide rate in the 45 to 54 and 65 to 74 age brackets are especially steep. The most concerning finding to many, however, is the fact that the suicide rate for those 15 to 24 is now 12.5, the highest since 1995.

In 1970, the suicide rate for 15- to 24-year-olds was 8.8 per 100,000, which rose to 13.8 by 1994.3 This phenomenon led then US Surgeon General David Satcher, a pediatrician, to declare that adolescent suicide prevention was his top public health priority. While it is unclear whether federal attention was the major factor, the suicide rate in this age group fell to 9.9 by 2002. This nearly 33% drop was by far the greatest change of any age group, although other age groups also dropped by small or moderate amounts. It is, thus, distressing to see that since 2002, not only have suicide rates increased for nearly every age group aged younger than 75 years, but that the adolescent suicide rate is nearly back to a 5-decade high.

There is a cause for concern that suicide rates may actually be higher than those reported by the CDC. In a recent article, Olfson and colleagues4 evaluated attempted suicide in the US. They used data from national epidemiologic surveys from 2004-2005 and 2012-2013. Data analysis from nearly 70,000 people between the 2 survey years showed a 24% increase in suicide attempts in less than 10 years. But, the authors warned that data collection in their study sample was subject to inaccuracy to some degree. One source of inaccuracy was the fact that a prior suicide attempt reflects high risk for completed suicide and those who had succeeded, and who may have had prior attempts, could not be included in the surveys. Thus, many attempts were likely missed.

In fact, the AFSP analysis asserts that while the data suggest a nearly 12-fold greater number of attempts-nearly 500,000 a year-the actual number may well be twice as high because of the wide range of reporting inaccuracies. Of course, this means there is a likelihood that the actual suicide rates may be higher than those reported by the CDC as well.

The demographic analyses by Olfson and colleagues found that those groups with particularly increased prevalence of suicide attempts included young adults and those with only a high school education. In addition, those with a variety of psychiatric illnesses had an increased risk, including anxiety and depressive disorders, and those with borderline, antisocial, and schizotypal personality disorders. Not surprisingly, the risk of a suicide attempt was highest in those with a previous attempt.

One bit of good news also came from their data, which was that while the majority of those in the survey data who attempted suicide had a diagnosis of borderline personality, this group also had a significant decrease in risk of suicide attempts over the study period. The authors hypothesized that this important and welcome decrease might be due to greater access to treatments such as dialectical behavior therapy (DBT). DBT and other parallel approaches were developed specifically to reduce the impulsivity experienced by patients with borderline personality.

Unfortunately, there’s a great deal of bad news in the recent CDC report, and in analyses by other authors, of both suicide attempts and completed suicides. I didn’t see much very surprising in the findings of factors endowing high risk for suicide attempts or completed suicides. And, I do think that the actual rates for both are underestimated. As just one example, the number of not completely unintentional drug overdose deaths is impossible to estimate. We know, however, that failed attempts at kicking an addiction not uncommonly lead to feelings of hopelessness and helplessness-feeling states associated with suicidality.

The good news is that decreases in suicide attempts and completed suicides correlate with both federal government actual initiatives (not just making a declaration of a public health emergency), and the availability of treatments for predisposing illnesses and traits such as impulsivity. In addition, we should value the moderating influence of all the programs and organizations that are already at work on suicide prevention. I’m sure the suicide and suicide attempt rates would be higher without their hard work.

To me, however, the most important take-home message from the findings I’ve discussed here is the importance of maintaining the perspective embodied in the biopsychosocial model as we try to unravel the complex etiology of suicide, which can lead to better prevention and treatment. Early work looking at genetic variants and suicidality have so far been disappointing. Moreover, the social determinants have been inadequately studied (is it simply random that the 10 states with the highest suicide rates are among the most sparsely populated?) and the current understanding of the psychological components of completed suicide have not been helpful in reducing the suicide rates.

We have tremendous opportunities to increase our knowledge and improve the success in preventing suicide. And, of course, making suicide prevention a real priority at all levels of government would, I believe, make a significant positive difference. I’ve said a number of times in my column that our role as advocates to government and other decision makers is essential. In this case, lives really do depend on it. 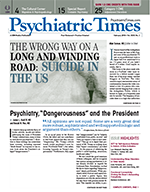