APA Dreamin’, on a Summer’s Day

No better time than the summer to digest and reflect on the richness of our field and how we can implement advances in our own work. 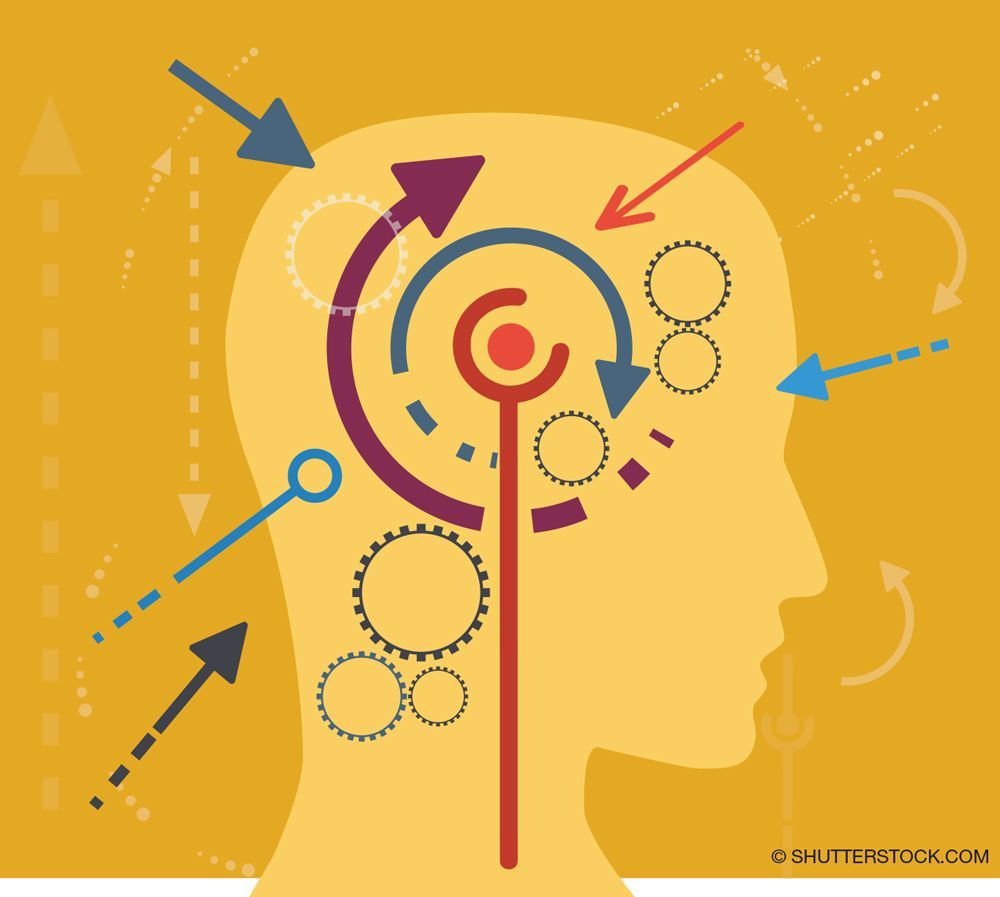 There was a lot to digest from the recent APA Annual Meeting in New York, and I’m still at it. There were many terrific aspects of what I believe is by far the most diverse, comprehensive, innovative, and overwhelming psychiatric convention in the world. I still remember that I felt the same way at my first APA convention in Anaheim (“Psychiatrists in Fantasyland” was the headline in Time magazine). And that program probably had about 20% of the presentations and presenters as this year’s meeting. Thanks go to this year’s scientific program chair, Linda Worley, and to Phil Muskin, current APA secretary, who during his long tenure as scientific program chair introduced many of the innovations in format from which we’ve all benefitted.

Before I get to other content, please indulge me as I take a few lines to show some avuncular pride. The Convocation of Fellows is one of the most beloved parts of the meeting, as hundreds of members are honored for their professional accomplishments. Among the most important of these recognitions are the annual Distinguished Service awards.

My heart swelled as I saw on the stage one of this year’s awardees, Michelle Riba. Most of you know Michelle as a past president of APA, a transformative leader in consultation liaison psychiatry, and the Deputy Editor of Psychiatric Times, but I know her also as one of my former trainees when I was residency director at the University of Connecticut.

A special honor is bestowed on the person selected to give the Convocation Lecture. I was filled with pride when I learned Elinore McCance-Katz was selected this year. Most of you know Ellie for her public mental health and substance abuse leadership roles in several states and as the new Assistant Secretary for Mental Health and Substance Abuse. She’s the first office holder for this newly created position, the senior administrator at SAMHSA and the highest ranking psychiatrist in the federal government. I was nearly overwhelmed during her lecture when I was mentioned as the mentor who helped her decide on a career in psychiatry during medical school and in her future career path when she was my resident at UConn.

Nights like that one come rarely in life so I had to reflect here on the convocation. I hope you’ll excuse me for that indulgence, but now on to some comments about the rest of the meeting presentations. This is of course a very personal and extremely abbreviated list.

I was pleased to see a burgeoning presence of discussions of cultural issues in psychiatric diagnostic assessment, treatment, and training. As much as we might talk about it, I don’t think we talk about it nearly enough. One reason such attention is necessary is that this is the period of the largest mass migration of people in recorded history due to many natural and man-made disasters, making these conversations more urgent than ever. Even in a moderate-size city in the Midwest like Louisville, we use translators in our clinic for over 50 languages. It’s gratifying this topic has increasing visibility with the aim to increase our cultural competence.

There is, though, another aspect of this topic that is under-represented: implicit bias. Those of us who practice any form of psychotherapy spend a good deal of our time with patients in trying to understand how they are affected by unconscious motivations, affects, and cognitions. And, we acknowledge that to do that work well we must maximize our own self-awareness and self-reflective capacities. But self-reflection alone isn’t often enough to better understand our own implicit biases: racial, ethnic, gender, sexual, gender orientation etc. I was pleased that this was an important topic in the Presidential Symposium, Diversity issues in Psychotherapy, in which I participated.

For example, I’ve been asking myself for years why there are so few African American psychiatrists in the US, and many fewer in leadership. When I was a residency director, granted perhaps too long ago to reference, one prevailing theory was that this recruitment gap reflected the high level of stigma about mental illness in the African American community, which was not adequately addressed for that student population during medical school.

I’ve been pretty sure that’s not the only reason, and that implicit bias in academia plays some role. If you find this hard to believe, you would have been convinced otherwise by listening to the presentation in our symposium delivered by Deborah Cabaniss, a faculty member at Columbia, and her resident supervisee, Rachel Talley. This is an area of discussion that needs much more presence throughout the field, not only in our academic programs or the APA meeting.

I’m certainly not suggesting implicit bias reflects any psychopathology or conscious malintent; biases are an intrinsic part of human nature. I’m only suggesting that better self-awareness is always helpful especially when it pertains to often touchy subjects such as subtle racial, ethnic, gender, sexual orientation, and similar areas. We unfortunately already know only too well how unrecognized racial bias has played a corrosive role in medical research.

There also were fascinating discussions in New York about the emerging use of augmented reality in training, and the use of increasing digital complexity and capability throughout psychiatry. One presenter talked about a virtual reality based standardized patient education experiences-the technology now exists to subtly alter patient characteristics such as personality traits, mood, cognition, and facial expressions to provide small alterations in the patient’s presentation. Thus, a very sophisticated training experience in diagnostic assessment, interviewing skills, and psychotherapy skills could be implemented. This is only one example of an exploding area of psychiatry.

A number of presentations on collaborative/integrated care were on the program, although we’re still a long way from finding a single best model for both implementation and sustainability. There was again a paucity of presentations about any new breakthrough medications, with the possible exception of ketamine. New medications, other than minor tinkering with existing compounds, still seem off in the future. And, while burnout was a priority of Anita Everett, the APA immediate past president, and although there were a large number of sessions devoted to this topic, there’s still no generalizable solution for any individual psychiatrist. In fact, in my work on addressing burnout in my own medical school, what I’ve learned is that without systemic and institutional level changes, individual interventions are likely to be incompletely effective (think electronic health record, or EHR).

There’s one more area that was notable for its lack of prominence or sense of urgency: suicide prevention, especially regarding adolescents. To illustrate, in the new research listing of topics in the program guide, suicide and risk prevention had one of the smaller number of presentations. And, suicide was the topic of only one of the keynote lectures, and that was on development of subtyping biomarkers.

In my February Psychiatric Times editorial I wrote about the burgeoning suicide rate in the US.1 I emphasized how the adolescent suicide rate had been increasing and had reached nearly a 30-year high. The news in recent weeks has had many stories about how the rate has increased yet again. Furthermore, the news in May about a medical student suicide and a psychiatric resident suicide within several days of each other at NYU medical school is alarming. It shouldn’t take having a Surgeon General like David Satcher to do something about this personal, familial, and public health emergency. I think the APA needs to make this a priority, as I’m pretty sure there’s not currently any other source of impetus that would carry as much weight.

So, like every year, there’s more food for thought and action at the APA meeting than is easily or quickly metabolized. And there’s a great deal I didn’t have enough space to discuss. Summer’s a good time to digest and reflect on the richness of our field and how we can implement advances in our own work. I hope you have a chance to do that. 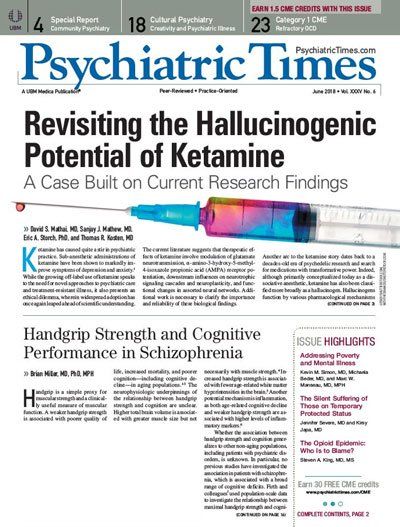 Using Telehealth to Enhance Access to Evidence-Based Care
Revisiting the Rationale and Evidence for Peer Support
Introduction: The Scope of Psychiatry
Reflections on Psychiatry in Supported Housing
Addressing Poverty and Mental Illness
ETHICS QUIZ | Faith and Reason
Why Attend a Professional Conference?
A Kind of Mirraculas Paradise by Sandra Allen
Revisiting the Hallucinogenic Potential of Ketamine
Handgrip Strength and Cognitive Performance in Schizophrenia
Who Diagnoses and Treats Epilepsy in Patients With Psychiatric Symptoms?
The Silent Suffering of Those on Temporary Protected Status: Unbeknownst to Many
Refractory Obsessive-Compulsive Disorder
APA Dreamin’, on a Summer’s Day
Yellow Warbler
Related Videos
Related Content