Cariprazine May Decrease Substance Abuse in Patients With Bipolar I Disorder

Substance use disorders are a common comorbidity in individuals with bipolar disorder. Adding cariprazine to their medication regimen may improve symptoms of both disorders. 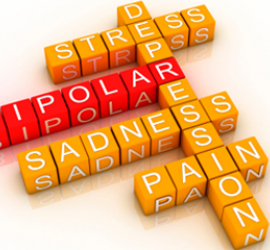 Tony is a 51-year-old stay at home father with a long history of bipolar I disorder and alcohol use disorder, both well-established before he had children. He is the primary care provider for his two very active children while his wife works at home. He does not drink alcohol while parenting, but as soon as his wife relieves him in the evening, he will consume “9 to 12 beers to settle down.” After Tony posted on a public media site how much he missed cocaine, his wife, understandably concerned about his significant substance use issues, brought him in for an early follow-up appointment.

Tony had failed multiple medication trials (including risperidone, paliperidone, aripiprazole, bupropion SR, carbamazepine, lamotrigine, and lithium) for treatment of bipolar I disorder symptoms, so a trial of the novel drug cariprazine was begun as monotherapy. At the next visit the transformation in his appearance and presentation was remarkable. Tony routinely appeared for his appointments quite disheveled. Now, Tony was well-groomed and appeared well rested. He reported that not only was his mood stable, but that he had no urge to drink excessively or use drugs. Over the course of the next 12 months, Tony reduced his consumption of alcohol to “3 beers per night” and he stopped using illicit drugs. His alcohol use continued to decline, and as of the time of this writing he has been abstinent for the past 5 months.

Nora is a 20-year-old self-described “hot mess.” She has bipolar I disorder and ADHD as well as alcohol and cannabis use disorders. She failed out of college and was kicked out of her family home. Upon pre- sentation for her first office visit accompanied by her mother, she was restless, had poor eye contact, and had difficulty communicating a coherent history. When her mother attempted to clarify the history, Nora yelled at her and became very agitated. Several medications, including aripiprazole, were tried to target her symptoms of depression, irritability, distractibility, and agitation with little success.

Cariprazine was started at 1.5 mg daily for 3 weeks without improvement; it was subsequently increased to 3 mg. Her medication regimen at that time also included quetiapine 25 mg daily at bedtime, clonazepam 0.5 mg twice daily at bedtime, and methylphenidate XR 72 mg daily. After 3 weeks on 3-mg cariprazine she presented with significant improvement-no restlessness, good eye contact, organized thought processes, respectful of her mother’s input, and most remarkably she was substance free. Nora agreed to random urine toxicology screens, both of which were negative.

Following several months of substance abstinence and respectful behavior towards her family, her parents allowed her to return to live at their home. At the time of this writing she has been free of substance abuse for 27 months. She continues to function well, her symptoms remain improved, and she recently graduated at the top of her class in an aesthetician training program and has passed all of her state boards.

Now 54 years old, Matt had early onset manic and depressive symptoms, which began during his teenage years. For decades he had been self-medicating with alcohol to manage both manic and depressive symptoms. He has had a stormy life course, including several suicide attempts. His psychiatric medication treatment history over the previous 30 years was minimally effective, and although he could not recall the names of specific medications, he reports having not responded to several antidepressants and several medications for his manic symptoms.

He ultimately married, and although he and his wife own and run their own business, he was functionally disabled by his comorbid bipolar I disorder and alcohol use disorder. At the time of his initial presentation he was taking quetiapine, lithium, lamotrigine, bupropion, duloxetine, omega-3 fatty acids, and gabapentin. Subsequent medication trials included various combinations of lurasidone, olanzapine, methylphenidate, and asenapine, which provided some benefit for his depression, but his excessive alcohol use persisted.

After adding cariprazine to his medication regimen he reported a dramatic decline in his craving for alcohol, ultimately limiting his alcohol use to 1 or 2 drinks on holidays or special occasions. Subsequently, he was tapered off his previous medications and achieved stability on cariprazine and quetiapine. Matt continues on these two drugs and has now been stable and functioning well for 18 months. His wife stated, “You have not given him his life back, because he never had one. You have given him a life.”

These three cases suggest that adding cariprazine to the medication regimen of individuals with comorbid bipolar I disorder and a substance use disorder may improve symptoms of both disorders. Notably, these three individuals reported an abrupt decrease in substance craving and use, which accompanied their improvements in mood symptoms. In our conversations with other psychiatric providers, similar outcomes have been observed.

Bipolar I disorder affects approximately 1% of the general population, and is complicated by substance use disorders. The substance abuse commonly is initially an attempt to self-medicate mood symptoms. After chronic use, substance craving/dependence/withdrawal become additional primary symptoms, further complicating treatment. Epidemiologists report that 10% to 15% of individuals with bipolar I disorder will commit suicide.4 It has previously been established that suicidal behavior is increased in individuals who have comorbid bipolar disorder and alcohol use disorder.5 Patients with dual diagnoses are historically very challenging to treat. The novel agent cariprazine, as monotherapy or in combination with other medications for bipolar disorder, may be effective in reducing both mood symptoms and substance craving.

Findings from animal models indicate that cariprazine improves cognition, increases pro-social behavior, and decreases the rewarding effect of cocaine.6 It has been hypothesized that these effects are due to the potent intrinsic activity at the dopamine-3 receptor. Dopamine-3 receptors are found in regions of the brain that affect motivation and reward-related behavior, including the nucleus accumbens. When the dopamine-3 receptors were “knocked out” in mice, the mice became depressed.7

One possibility for these effects is that the very potent dopamine-3 receptor antagonism with accompanying intrinsic activity (partial agonism) of approximately 70% may contribute to the decreased craving of substances in patients on cariprazine while simultaneously improving their mood and cognition. However, more research is needed to investigate this possibility.

Randomized, double-blind, placebo-controlled studies are needed before clinicians can confidently prescribe cariprazine for comorbid bipolar I disorder and a substance use disorder. In the three cases presented, cariprazine was prescribed as monotherapy in one case, and in combination with other psychotropic medications in the other two cases.

Caution should always be applied when adding a new medication to an existing regimen, as the possibility always exists of synergistic adverse effects, oppositional pharmacodynamics, drug-drug interactions, and unpredictable unintended outcomes. Treatment should ideally also include structured substance abuse therapy and participation in a 12-step program.

6. Scarff J. The prospects of cariprazine in the treatment of schizophrenia. Ther Adv Psychopharmacol. 2017;7:237-239.

7. Durgam S, Earley W, Lipschitz A, et al. An 8-week randomized, double-blind, placebo-controlled evaluation of the safety and efficacy of cariprazine in patients with bipolar I depression. Am J Psychiatry. 2016;173:271-281.