What is integrated care anyway? 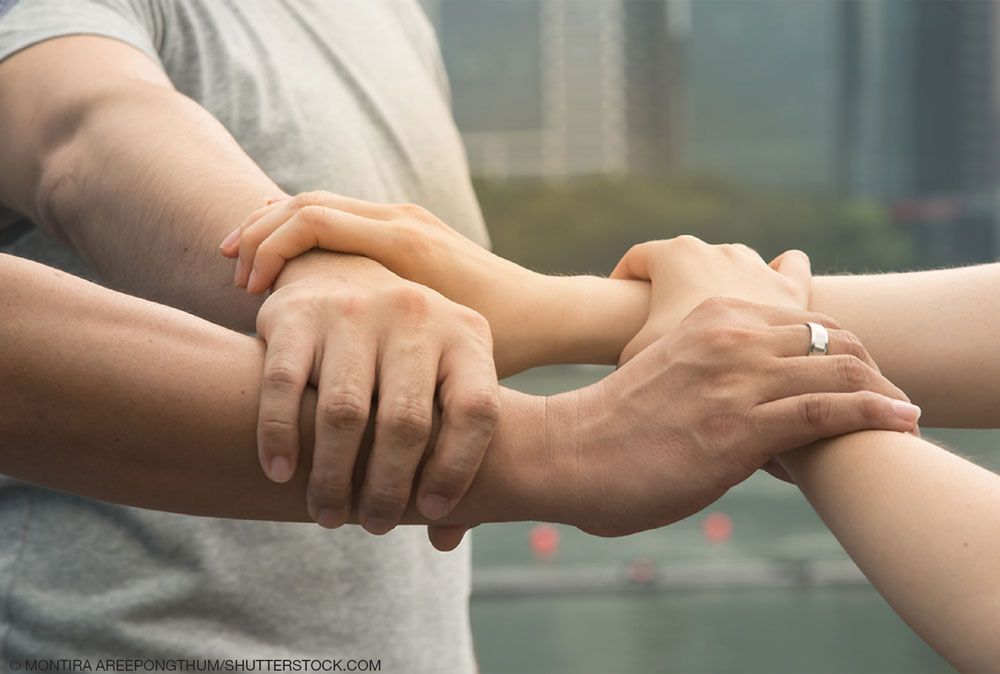 On resiste a l’invasion des armies, on ne resiste pas l’invasion des idees [An invasion of armies can be resisted, but not an idea whose time has come].
Victor Hugo (Histoire d’un Crime, 1852)

I feel fortunate to have lived long enough to see the “integration model” of health care taking hold! Or have I? Or has it? In a world that seems at times to be coming apart, it is heartening to see the words “integration” and “collaboration” in such prolific use. Can we be hopeful in what it portends for general and mental health?

The idea of integrated care did not magically emerge, but has a rather tortuous history, an accretion of many iterations over decades, if not centuries. It has struggled against barriers that have resisted the seemingly natural impulse to retain mind and body as a unified entity, joisting at times with religious, philosophical, political, economic, and inter- and intra-professional oppositions.

What is integrated care anyway?

Integration is a word with so many meanings as well as functional applications that one can never be certain what it refers to. It ranges from civil rights advances, to electronic circuits, to economies, to institutions and their various components, to the components of living organisms.

In today’s world with its health focus, we see it applied fundamentally in 3 ways:

2. Disciplinarily, with alliances between programs and services

3. Institutionally, involving coordination with administration, finances, data, records, mergers, and so on

The urgency and benefits of looking at how medicine deals with the complexity and barriers of achieving the objective have not been lost on Institute of Medicine reports, recommendations for curriculum changes, presidential commissions on health (especially mental health), philanthropic agencies, and surgeon generals’ reports.

Alan Gregg,1 internist director of the Medical Science Division of Rockefeller Foundation in the 1930s, recognizing the deplorable state of professionalism in psychiatry, funneled millions of dollars into the establishment of psychiatric departments in major medical schools, with special emphasis on general hospital psychiatry, psychosomatics and, by extension, consultation-liaison psychiatry.

Michael Balint,1 a Hungarian general practitioner-cum-psychoanalyst, emphasized the need for general practitioners to include a psychological awareness of their patients’ and their own emotional involvement in the care of patients. Balint Groups spread and continue to this day. He said it would take 100 years (this was the 1950s) before this idea would be accepted in medicine (we are almost there and maybe on the cusp!).

The 1950s also saw the flourishing of psychopharmacology, which facilitated the deinstitutionalization of patients to community mental health centers, where the democratizing of team treatment took place in both inpatient milieu units and community centers, staffed not exclusively by psychiatrists.

At Kaiser-Permanente, the first full-service health maintenance organization, psychologist Nicholas Cummings and his colleagues6 documented the “medical” benefits of treating patients with psychotherapy in the 1960s. Around the same time, the founding of the Integration Clinic at Boston’s Beth Israel Hospital began with a psychiatrist, a social worker, advanced psychiatry residents, and the primary care physicians (PCPs) of 45 clinics that fragmented patient care into disease entities or body parts.1

The program was absorbed into a comprehensive ambulatory care model, Beth Israel Ambulatory Care. Both programs demonstrated the decreased emergency department visits, hospitalizations, and medication use by adding a psychosocial component to patient medical care, especially of those with chronic illness.

Consultation-liaison psychiatry, as the closest model to integrated care, was hampered by poor reimbursement as well as failing support by eminent psychiatrists. For example, Thomas Hackett advised dropping the activity of liaison, since it was “nothing more than kicking a dead horse.” Later, largely attributed to the efforts of James Eaton of National Institute of Mental Health,1 the full-bodied relevance of consultation-liaison gave a prominent boost to the concept of team-based integrated care.

A recommendation for parity began with President Kennedy in 1963; it was “officially” enacted in 2008 and only reluctantly began to be observed by 2015 with President Obama’s Affordable Care Act. In 2008, Senator Domenici7 said, “It’s amazing, not only because we got it done, but because for a nation, it has taken us so long.” The advent of managed care both hurt and helped by “carving out” mental health services from comprehensive care, the disastrous fragmenting effects met a robust counteraction to bring fragmented medicine together again.

Alfred Freedman, renowned psychiatrist/psychoanalyst, launched a short-lived journal in 1983, Integrative Psychiatry: An International Journal for the Synthesis of Medicine and Psychiatry, on:

. . . a challenging adventure to explore the impact-present and potential-of many sciences on psychiatry and, no less, of psychiatry on those sciences . . . [to solicit] papers pertinent to convergence and integration, [to show] how psychiatry, medicine, and all the biological and behavioral sciences can be integrated for the advancement of knowledge, for the stimulation of research, and for mutual enrichment . . . alter our comfortable fragmented manner of looking upon behavior as a matter of simple linear cause and effect and . . . start creating fresh systems and models better able to account for normality and abnormality . . . we must be jarred into experimenting with new manners of thinking in order to insure progress in the field of behavior.8

This echoed Rene Dubos’ earlier (1968) projection that “A new kind of knowledge is needed to unravel the nature of the cohesive forces that maintain man in an integrated state, physically, psychologically and socially, and enable him to relate to his surroundings.”9 Perhaps such visions were premature and too esoteric to be sustainable at the time, but served as launching pads for later innovation, with other publications beginning to address the benefits of integration.

An innovative entrepreneurial psychiatrist, Michael Freeman,10 founded the organization Behavioral Healthcare Tomorrow with a journal of the same name, bringing clinicians, industry, and behavioral health organizations together for cutting-edge mental health programs. This venture also was not sustainable at the time but clearly moved the needle forward toward an integrated model. New journals, International Journal of Psychiatry in Medicine and General Hospital Psychiatry: Medicine, Psychiatry and Primary Care joined Psychosomatics, Psychosomatic Medicine, Journal of Psychosomatic Research, and Psychotherapy and Psychosomatics to promote increased research and publication of consultation-liaison topics.

More recently, the idea of integrated care has evolved, with recognition of new opportunities for psychiatrists to assume not only leadership but also team roles. Organizations such as the Academy of Psychosomatic Medicine, American Psychosomatic Society, Association for Academic Psychiatry, and others have for many years addressed these issues in their annual meetings.

When George Engel,11 an internist/psychoanalyst, suggested (after Bertalanffy) the need for a new (biopsychosocial) model of health care, he attracted great attention, but the approach was underutilized in the breach. PCPs of the 1970s seemed enthralled with the concept but inept at incorporating it into quotidian practice. A host of books promoting this mission went essentially unread, or at the very least, unable to be absorbed because of differences in language, training, skill, and practice style.

Wayne Katon,12 a former director of consultation-liaison services at the University of Washington, with Jurgen Unutzer and other innovative colleagues, recognized that psychiatrists trying to train PCPs was a frustrating and low-yield objective, and concluded that the consultation-liaison model was insufficient to the task at hand. They implemented and documented a series of controlled studies that showed how training and utilizing nonphysician intermediaries such as nurses and case managers could facilitate effective collaborative biopsychosocial patient care.13

The idea evolved further with the creation of “medical homes” and “accountable care organizations” catalyzed by President Obama’s courageous effort at attaining health care for all. Preparing for adoption of this new way of thinking about and implementing a merger of biobehavioral and medical approaches has propelled the need for new training programs and curricula alteration. The support of the American Psychiatric Association has helped draw attention to this rapidly evolving reality.

On the cutting edge of an integrated approach

Now, at last, we do seem on the cutting edge of an integrated approach to health care. The maturing of the “boomer generation,” greater openness and tolerance of social diversity, and increased need of psychosocial health services-especially fostered by the HIV/AIDS epidemic and opioid crisis-have lessened the insistence on professional silos. The value of physician assistants, nurse practitioners, social workers, counselors, health “managers,” and other ancillary caretakers is finally being recognized. And, we’re seeing greater opportunity for “thinking outside the box” in health care programs.

Nick Kates and associates,14 working with family doctors in Canada, began experimenting with models of “integration” and “collaboration,” words that do not carry the stigma of psychiatry or the puzzlement over the meaning of “consultation-liaison.” Advances in technology, such as neuroimaging, biochemical assays, and neuroscientific discoveries, have brought greater “respect” to the science of psychiatry, enhancing acceptance by those who once dismissed the specialty as “fuzzy thinking,” or “word surgery.”

As Professor Francis Peabody15 wrote in 1927, “the secret in the care of the patient is in caring for the patient,” and in abandoning a one-sided view of medical care. At this time, the surge toward integrated health care seems to hold great promise. The challenges that remain will be those of familiarizing team players with one another’s attitudes, merging clinical styles, ensuring equitable financial support, data sharing, and encouragement of public and political acceptance.

Putting people together in the same space is only the beginning! Growing interests in shared decision-making and patient-centered medicine have been adjunct developments, but as cautioned by Stein,16 “We should be careful not to entirely jettison metaphors of the doctor-patient relationship that emphasize caring rather than only collaborating or consuming.”

We may at last experience this evolution in our lifetime. Physicians may finally become not dualists or monists, but holists and integrationists!

I always had curiosity about how things went together (or didn’t). I didn’t lie in bed like Descartes thinking deep thoughts about mind and body. Mostly, I took things apart like the family TV, radios, clocks, tape recorders, even an upright piano, to see how they were integrated (not always with best results!). In college, it was physics/math or psychology? In med school, it was radiology or psychiatry, both with vague and fuzzy images?

Psychoanalysis and psychiatry seemed good places to look for answers. Consultation-liaison psychiatry and psychosomatics showed the promise of putting things together. Maybe Descartes was on to something! Along the way, I founded a psychiatry department, the Integration Clinic, and 2 journals to attract more interest in getting psyche and soma together.

I am grateful for the education received from patients, students, and colleagues, Boston University, University of Vermont College of Medicine, Albert Einstein Medical Center (Bronx), NIMH, and Boston Psychoanalytic Society and Institute (BPSI). Thirty-six years as an editor and a presidency of the International College of Psychosomatic Medicine (ICPM) kept me in touch with colleagues, authors, reviewers, researchers, and scholars around the world-a vast education in itself. Stepping down after 30 years’ running a department, I finally had time to write and publish a book, Foundations of Consultation-Liaison Psychiatry (Routledge), a book I promised a publisher 30 years earlier.

I am proud to see the legacy of old friend Wayne Katon and his University of Washington associates break through the fog and launch a vibrant movement into integrated and collaborative care. I am also proud to have earned the Hackett Award and to have an award established in my name for innovation in collaborative and integrated health care by the Academy of Psychosomatic Medicine. While a high honor indeed, my most cherished moments have come from my wife, Merna, and our 2 sons, Eric and Steven.

8. Freedman AM. A prospectus for integrative psychiatry. Integrat Psychiatry. 1983;1:1-32.