Psychiatric Illness and Its Prejudiced Critics 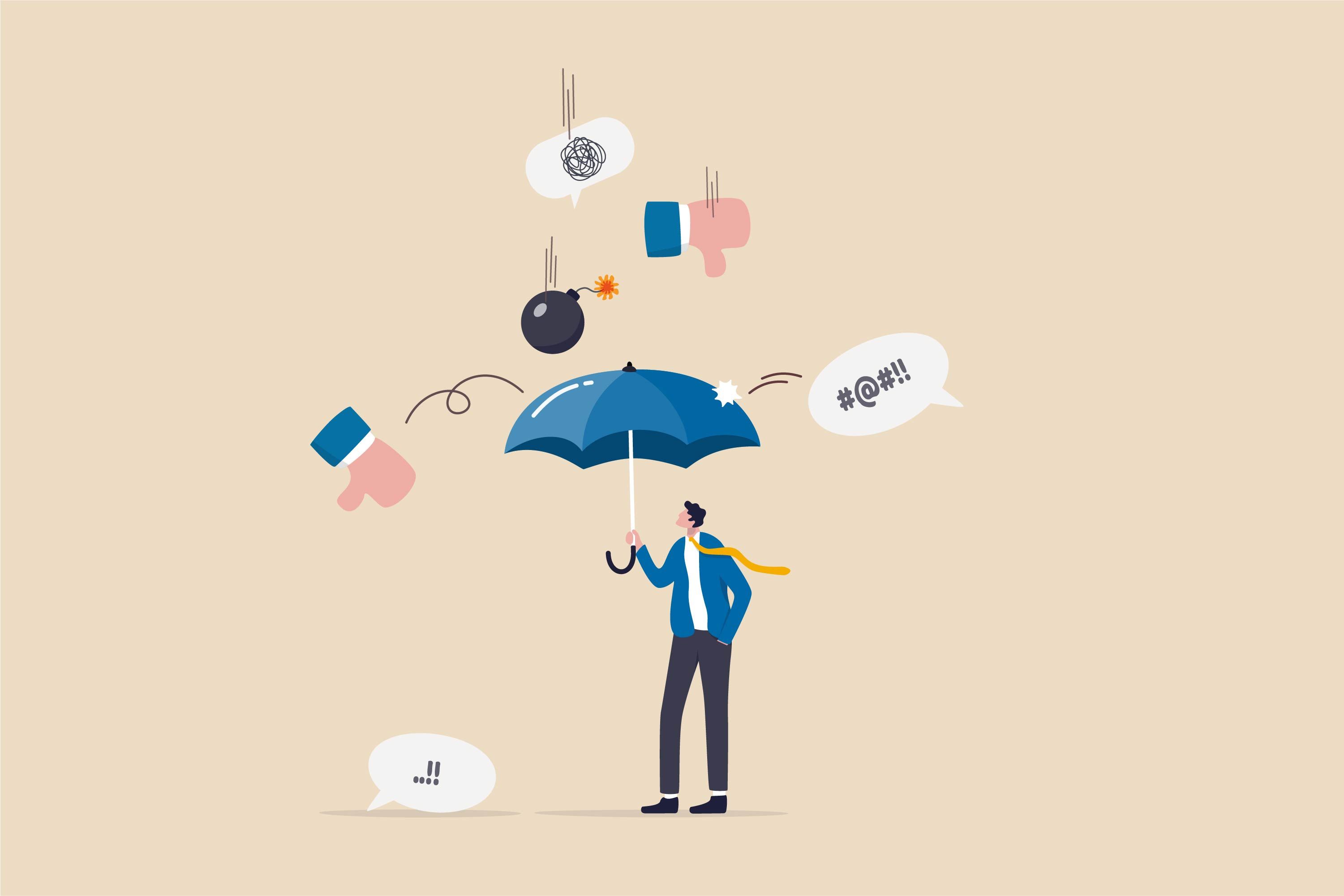 “Psychiatry is conventionally defined as a medical specialty concerned with the diagnosis and treatment of mental diseases. I submit that this definition, which is still widely accepted, places psychiatry in the company of alchemy and astrology and commits it to the category of pseudoscience. The reason for this is that there is no such thing as ‘mental illness.’”
-Thomas Szasz, MD; The Myth of Mental Illness

Mental illness is a tough sell. All of us have patients who do not truly believe they have a medical illness, but insist they are ‘feeling sorry for themselves,’ and ‘just need to toughen up.’ Critics of psychiatry are even more blunt: They portray mental illnesses as DSM-defined cultural creations which are at best hopeful guesses, and at worst, pseudo-medical entities. Take, for instance, a recent article in The Atlantic, titled “The Diagnosis Trap,”1 which contrasts the alienating medical pronouncements of psychiatric physicians with the ‘contrasting narratives’ of deeper self-understanding. (Evidently, according to The Atlantic, psychiatrists are not very interested in self-understanding.) Even some psychiatrists, such as former National Institute of Mental Health (NIMH) director Thomas Insel, MD, have contrasted objective modern medicine with the subjective and unscientific nature of psychiatric diagnosis, comparing psychiatrists with premodern physicians who made unhelpful diagnoses based on the “nature of chest pain and quality of fever.”2

On the one hand, critics portray “real doctors” who diagnose medically defined illnesses with objective testing; on the other hand, psychiatrists are portrayed as would-be imitation doctors who insist that their arbitrary categories are biologically real.3 “Real” doctors treat real diseases with targeted and scientifically-proven cures, while psychiatrists “throw medications” at confused and victimized patients. “Real” doctors can cure real medical illnesses, while psychiatrists poison patients with medicines that provoke terrible adverse effects and provide questionable benefits.4

These particular critiques of psychiatry are the products of ignorance and bias, for they carry the distorting weight of hidden assumptions that are profoundly misleading. What assumptions? Critics of all stripes routinely act as if true medical illnesses are easily definable, precisely diagnosable, and regularly curable. But these assumptions apply, at most, to 1 subtype of medical illness—acute illness.

Their assumptions completely fail as accurate descriptions of the other main type of medical illness—chronic illness. By confusing the two, would-be reformers of psychiatry confuse themselves and mislead the public, discouraging our patients and undermining efforts to help them. It is our job, as psychiatrists, to untangle these misunderstandings.

Critics mistakenly compare psychiatric illness to acute illness, with predictably misleading results. Acute illnesses, by definition, begin and end rapidly. Common examples are influenza, appendicitis, and cholecystitis. Acute illnesses often have well defined causes, such as an infective agent, injury, or internal bodily obstruction. People get sick from a virus, suffer a heart attack from a clotted coronary artery, or fracture bones in an accident. Diagnosis tends to be more definite than for chronic illnesses, with X-rays or lab work that can rapidly confirm the doctor’s suspicions. Treatments tend to be correspondingly definitive, such as antibiotics, cardiac catheterization, or surgical correction. By contrast, psychiatric illnesses do not appear to be as neatly defined or effectively treated.

Chronic illnesses are common. Critics blame psychiatrists for manufacturing an epidemic of mental illness, citing surveys which find up to 50% lifetime occurrence.5 They wrongly assume that no medical illness can be so common. On the contrary, chronic illnesses are extraordinarily common: Up to 90% of people will develop hypertension during the lifetime, 40% will get diabetes, and 40% will have knee arthritis severe enough to manifest on X-rays. Chronic illnesses are so common that the majority of Americans suffer from at least 1—60% of us in total. So if 50% of all people in our country suffer from mental illness at some time of life, it would be entirely typical for this type of medical problem.6

Chronic illnesses lack precise diagnostic boundaries. Critics charge that psychiatric diagnosis lacks clear and objective boundaries, leading psychiatrists to confuse normal grief with depression, or normal eccentricity with psychosis. Yet most chronic illnesses have fuzzy boundaries which are difficult to distinguish from the extremes of normal. At what point, for instance, does hypertension begin? Does a diastolic blood pressure of 81 constitute an illness, where a blood pressure of 80 is entirely normal? Does a hemoglobin A1C level of 6.5 indicate diabetes, while 6.4 indicates only prediabetes? Where is the line between osteoarthritis and normal aging of joints, and how do we know exactly when osteoporosis or atherosclerotic cardiovascular disease begins? And yet all of these are well-defined biological illnesses with devastating consequences. The same is true for major mental illnesses.

Chronic illnesses are complex entities that have multiple causes. Critics have long held that social and psychological factors in mental illness undermine the notion of its biological reality. Yet the rest of medicine is currently waking up to the biopsychosocial nature of chronic illnesses, known as the social determinants of health. So it is rapidly becoming obvious that, while type II diabetes is a biological illness, its onset and course are profoundly influenced by personal health habits (psychology) and even more by social circumstances related to food availability, physical activity, and culture. The same can be said of heart disease, where psychology (eg, the ‘type A’ personality) and social factors (eg, tobacco use and physical activity) are overwhelmingly important in the genesis and treatment of the disorder.7 The fact that mental illness results from an interaction of human biology with psychological and social factors is simply another example of the nature of chronic illness.8

Chronic illnesses are disabling and life shortening. By definition, chronic illnesses do not rapidly kill people. Yet illnesses like emphysema and diabetes take years off the lifespan and progressively impair functioning over time. The same is true of mental illness, which shortens the lifespan by an average of 10 years, and causes more years spent in disability than any other category of medical illness.8 By contrast, critics assert that it is psychiatrists who are hurting patients, by diagnosing them with stigmatizing labels and treating them with toxic medications.

Chronic illnesses frequently cooccur. Critics take psychiatry to task by noting high and implausible levels of comorbidity among psychiatric illnesses.9 For instance, major depression and anxiety disorder occur together more often than they do separately,10 while half of those with a substance use disorder also have another mental disorder.11 And yet it is commonplace to find hypercholesterolemia, hypertension, diabetes, and heart disease together, and easy to show that 1 such illness tends to accompany other serious chronic illnesses. For instance, over half of those with diabetes will also experience cardiovascular disease.12 More than this, major mental illnesses have been found to substantially increase the risk of other major chronic illnesses: Individuals with severe mental illness are 2 to 3 times more likely to die of cardiovascular disease, and more likely to die of diabetes and cancer.13 In this context, the high levels of comorbidity among psychiatric disorders do not appear particularly suspicious.14

Chronic illnesses are treatable, but typically not curable. Do we have a cure for cardiovascular disease? Do we have a cure for type II diabetes? Can we eliminate osteoarthritis or osteoporosis? We have cures for none of these diseases, and yet no one despairs of getting treatment for them. In the same way, critics who emphasize our lack of definitive cures for major mental illness have overlooked the fact that we have scientifically validated biopsychosocial treatments for all of them. In fact, a meta-analysis by Leucht et al showed that psychiatric medications alone are as effective as the medications used in primary care for the most common conditions treated by each specialty.13

Mental illness is medically real, and we can demonstrate this by the same standards that apply to chronic medical illnesses. It is time for critics of psychiatry to step out of the dream world of idealized modern medicine and into the realities of life with chronic medical illness. We will all be a lot better off when they do.

Dr Morehead is a psychiatrist and director of training for the general psychiatry residency at Tufts Medical Center in Boston. He frequently speaks as an advocate for mental health and is author of Science Over Stigma: Education and Advocacy for Mental Health, published by the American Psychiatric Association. He can be reached at dmorehead@tuftsmedicalcenter.org.

The author wishes to thank Ronald W. Pies, MD, for his review and comments on an earlier draft of this article.

11. The 2019 National Survey of Drug Use and Health. SAMSHA. Accessed December 1, 2022. https://www.samhsa.gov/data/release/2019-national-survey-drug-use-and-health-nsduh-releases