Understanding pediatric psychopharmacology in the context of medical illness. 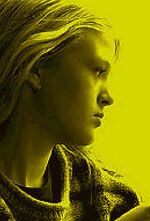 Almost one-fifth of US children younger than 18 years (14.2 million) have a chronic illness that results in the need for special health care. Recent advances in medical and surgical technology, such as chemotherapy and immunotherapy, bone marrow transplant, and implantable devices, have increased survival rates and changed the lives of ill children and their families. Health care providers promote normal physical, motor, language, cognitive, sexual, and emotional development in children with chronic illnesses when possible, and foster coping and adjustment when there are limitations.

In adapting to physical illness, it is clear that a child’s poor adjustment is not directly related to the severity of the medical condition alone and that outcomes vary widely. Approximately 20% of children with chronic medical conditions have behavioral and emotional symptoms-twice the rate seen in the general population. These symptoms are normal responses to illness and hospitalization, but when they become pathological and impair a child’s development, early intervention and perhaps even prevention are needed.

Zach is a 15-year-old with a rare primary immunodeficiency disorder that was diagnosed a year earlier. Before his diagnosis, he had been developing typically; he was doing well in school, was participating in sports, and was socially active. During a protracted hospitalization for a bone marrow transplant, multiple medical complications-including central line infections and renal failure-developed, followed by an embolic stroke with residual right-sided weakness; his speech was not affected. Endocarditis necessitated prolonged antibiotic therapy.

• Patients have an underlying or preexisting psychiatric disorder

• Patients have a somatoform disorder (ie, physical symptoms that seem out of proportion to medi-cal findings, or psychological factors that affect a general medical condition)

Untangling the differential diagnosis is daunting and requires expertise. Now that the health care field includes numerous subspecialists and hospitalists, integrated multidisciplinary care in medicine is more important than ever.

Consideration of pediatric psychopharmacology in the context of medical illness begins with a careful review of all current medications, including over-the-counter drugs as well as herbal, complementary, and alternative preparations. An evaluation of the recommended medication’s route of administration is needed because it may be affected by hepatic, GI, renal, and cardiac diseases. Adverse-effect profiles are also considered (eg, drowsiness may be helpful in a child who is agitated or has insomnia).

There is limited research on the pharmacokinetics and pharmacodynamics of medications across developmental stages, but most psychosomatic medicine specialists follow the principle: “Go low and go slow.” Choose medications with a short half-life, avoid introducing more than one medication at a time, and monitor and document target symptoms closely.

There is limited research on pharmacokinetics and pharmacodynamics of drugs across developmental stages . . . most psychosomatic medicine specialists . . . “go low and go slow.”

Treatment of the underlying medical condition is the most effective means of resolving symptoms of delirium. Environmental and pharmacological interventions can offer relief while medical evaluation takes place. Environmental interventions include frequent reorientation to time, place, and person; an environment that is neither overstimulating nor understimulating; and information for the patient and family on the relationship between altered mental status and physiological mechanisms.3

Symptoms of depression and anxiety, such as insomnia, loss of appetite, and fatigue, are common in chronically ill patients and can be overlooked or undertreated. Depressive symptoms add to the burden of illness and have been associated with poorer medical outcomes, treatment nonadherence, repeated hospitalizations, and disease-related complications in medically ill patients.8-11

The prevalence of major depressive disorder and depressive symptoms has been found to be as high as 68% in pediatric patients with serious medical illness.12-14 Most studies use self-rating scales or semi-structured interviews. In evaluating a child or adolescent with depressive symptoms, it is important to distinguish whether the symptoms are attributable to the medical condition and to the effects of treatment or to an underlying psychiatric disorder.

Causes of depression include immune system and cytokine dysfunction, medication complications, endocrine abnormalities or deficien-cies, nutrition-related neurological or medical conditions, and CNS metastases.4 A full medical workup needs to be done to rule out underlying physiological mechanisms before the treatment decision is made.

Focus on the cognitive symptoms of depression, such as poor concentration, low self-esteem, feelings of guilt or of being a burden to others, and any suicidal thoughts (passive or active). Evidence suggests that asking patients, even young children, directly about their suicidal thoughts is the best method to assess suicide risk.15 Medical patients are a vulnerable population at higher risk for suicidal thoughts and behaviors-suicide risk varies by diagnosis, severity of disease, physical functioning, pain management, and prognosis.

When symptoms are attributed to an underlying mood disorder or are causing moderate to severe functional impairment, target antidepressants to specific symptoms. While psychotropic medications have not been studied in medically ill patients in a large-scale systematic manner, one small (N = 15) open-label trial demonstrated that fluvoxamine was well tolerated and significantly improved symptoms of anxiety and depression in pediatric cancer patients.16 Another case report describes citalopram as being well tolerated and effective in treating depression in 4 children with cancer.17

Fluoxetine is an FDA-approved SSRI for depression in children older than 6 years. Fluoxetine, with its active metabolite norfluoxetine, and fluvoxamine are potent inhibitors of cytochrome P-450 (CYP) 3A3 and CYP3A4 and are best avoided, when possible, in combination with macrolide antibiotics, azole antifungal agents, and several other commonly used medications.18

Citalopram has been widely used in medical settings because of its short half-life and low tendency to interact with other drugs.17 However, the recent FDA warning that dosages greater than 40 mg/d can cause QTc prolongation may curb this practice.19 Escitalopram is approved for depression in 12- to 17-year-olds, and amitriptyline is approved for depression in patients aged 12 years or older.

Although difficult to tolerate in high doses because of anticholinergic symptoms and tachycardia, tricyclic antidepressants are often used in low doses to treat insomnia, weight loss, anxiety, and some pain syndromes. Other antidepressants, such as bupropion and duloxetine, have been found to have clinical utility under careful monitoring.

SSRIs and selective noradrenergic reuptake inhibitors are used with caution since the FDA black box warnings about increased risk of suicidal behavior in children and adolescents using these medications. This underscores the need for careful, weekly monitoring of all children treated with antidepressants. In general, it is unusual for medically ill patients to be suicidal without premorbid depression or with adequate pain management.

Pediatric patients with a history of multiple hospitalizations commonly experience anxiety (particularly separation anxiety), procedural anxiety, and adjustment disorders with anxious mood. A number of factors can contribute to the presence of anxiety symptoms: illness-related biological mechanisms, a response to diagnosis or being in the hospital, genetic and psychosocial causes, or a combination of all of these.

Behavioral and cognitive approaches are recommended as first-line treatment for anxiety symptoms. Medical play therapy, cognitive-behavioral therapy, prizes and incentives for procedures, and distraction techniques such as virtual reality and video game interventions, have demonstrated efficacy in ameliorating anxiety symptoms.20-22

For symptoms that persist or become clinically significant, psychopharmacological treatments can be an important adjunct. Benzodiazepines, such as lorazepam, used in low doses in conjunction with nonpharmacological distraction techniques may be appropriate for procedures that provoke significant anxiety in children. Clonazepam, a longer-acting benzodiazepine, may be helpful with more pervasive and prolonged anxiety symptoms.

Benzodiazepines can cause sedation, confusion, and behavioral disinhibition, so their use should be carefully monitored, especially in those with CNS dysfunction. Benzodiazepine withdrawal precipitated by abrupt discontinuation often occurs on transfer out of intensive care settings, so special care should be taken not to discontinue benzodiazepines too abruptly.

Escitalopram (approved in healthy children older than 12 for depression) and citalopram are used to treat anxiety as well and may lead to fewer drug-drug interactions in medically ill patients.