Welcome to Our Editorial Board!

It is my honor-and my distinct pleasure-to welcome 4 new members to the Editorial Board of Psychiatric Times.

It is my honor-and my distinct pleasure-to welcome 4 new members to the Editorial Board of Psychiatric Times. It would be hard to understate the contributions each of these luminaries has made to the field of psychiatry. What follows are just a few of the highlights from their long and distinguished careers.

Our editorial board members aren’t just names on a masthead. Each plays an active and vital role in guiding the editorial direction of Psychiatric Times. Our board members suggest new topics for us to explore; they serve as peer reviewers; they write articles for our publication and its Web site, and they give us a report card on every single issue we publish to help us make sure the articles and news and commentary we bring to you every month in print-and every day on our Web site-are timely, engaging, accurate, relevant, and useful to you in your daily practice. 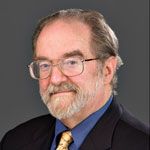 Thomas G. Gutheil, MD, is Professor of Psychiatry in the Department of Psychiatry at Beth Israel-Deaconess Medical Center, Harvard Medical School, in Boston. Dr Gutheil has been associated with the Massachusetts Mental Health Center in Boston for more than 40 years. An internationally known teacher, lecturer, author, and consultant on medicolegal issues, risk management, and malpractice prevention, he is the first Professor of Psychiatry in the history of the Harvard Medical School to be board-certified in both general and forensic psychiatry. He co-founded the school’s Program on Psychiatry and the Law and is currently President of the International Academy of Law and Mental Health.

Dr Gutheil has served as consultant or expert witness on cases in almost every state. He has received every major forensic award, including the Seymour Pollack Award, the “Golden Apple” Award from the American Academy of Psychiatry and Law for distinguished contributions to the teaching of forensic psychiatry, and the 2000 Isaac Ray Award from the APA for outstand-ing contributions to forensic psychiatry and the psychiatric aspects of jurisprudence. He received the 2000 Lifetime Achievement in Mentoring Award from Harvard Medical School. He is the author or coauthor of more than 300 articles, books, or book chapters in the national and international clinical and forensic literature as well as several teaching audiotapes. 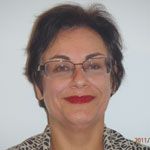 Helen Lavretsky, MD, MS, is Professor of Psychiatry in the Department of Psychiatry and Biobehavioral Sciences of the David Geffen School of Medicine at UCLA. She also directs the Late-life Mood, Stress, and Wellness Research Program at the Semel Institute for Neuroscience and Human Behavior at UCLA.

Dr Lavretsky received her medical degree from the Moscow Medical Institute in Russia and completed her psychiatry residency and a fellowship in geriatric psychiatry in California at UCLA. She holds a Master of Science degree in clinical research. A winner of numerous research awards, her current interests lie in the treatment and prevention of mood and cognitive disorders in older adults and in complementary and alternative medicine and mind-body approaches to enhancing resilience. Dr Lavretsky is a Distinguished Fellow of the APA, and she serves on the editorial boards of several journals, including The American Journal of Geriatric Psychiatry and the Journal of Aging and Health. She is an Advisory Board Member for the Alzheimer’s Prevention Research Foundation. Since 2006, she’s been listed in Best Doctors in America and Who’s Who in Medicine and, since 2009, in Top Psychiatrists of America. 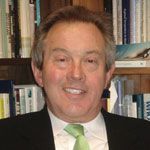 H. Steven Moffic, MD, is a tenured Professor of Psychiatry and Behavioral Medicine and Family and Community Medicine at the Medical College of Wisconsin. During his 40-year career in psychiatry, he has been dedicated to the underserved-including the transgendered. Dr Moffic is an award-winning administrator, artist, clinician, and writer, and has been named a Hero of Public Psychiatry by the APA. He has just been honored by an invitation to join The Group for the Advancement of Psychiatry-the “think tank” of psychiatry.

Dr Moffic has served as medical director of a number of hospitals, clinics, and therapy centers. He has become known as “da man” for ethical challenges in many aspects of psychiatry, but most especially for managed care. His book The Ethical Way: Challenges and Solutions for Managed Behavioral Healthcare (1997) was the first book to be re-reviewed (January, 2011) in Psychiatric Services because of its continuing relevance. The American Association of Community Psychiatry has established The Moffic Award for Ethical Practice in Public Sector Managed Behavioral Healthcare.

Well into his career in 2009, Dr Moffic began work as a staff psychiatrist at Kettle Moraine Correctional Institute, in Plymouth, Wis. His experiences as a prison psychiatrist led him to write Better Off in Prison? A Psychiatrist Gains New Insight on the State of Behavioral Healthcare After Joining the Staff at a Wisconsin Prison. That essay qualified him as a finalist for the National Institute for Health Care Management Foundation’s 17th Annual Journalist Award. (The essay is posted on www.PsychiatricTimes.com/blog.) Dr Moffic blogs regularly for Psychiatric Times “Couch in Crisis” blog, and he has been a blogger for Behavioral Healthcare since 2010. 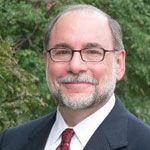 Allan Tasman, MD, is Professor and Chairman of the Department of Psychiatry and Behavioral Sciences at the University of Louisville School of Medicine and the John and Mary Schwab Endowed Chair in Community, Social, and Family Psychiatry.

Dr Tasman has served as president of the American Association of Directors of Psychiatric Residency Training and of the Association for Academic Psychiatry and twice served as President of the American Association of Chairs of Departments of Psychiatry. He served as Scientific Program Chairman of the APA for 4 years, and as the organization’s Vice President and President. He recently completed a 6-year term as Secretary for Education of the World Psychiatric Association, where he developed recommendations to be used globally for medical student and residency education, and initiated an international training program for psychiatric education of primary care clinicians in low mental health resource countries.

Dr Tasman’s research has studied the neurophysiology of cognitive processes-especially in depression, alcoholism, and autism. He is currently investigating an innovative treatment for autism. He is a prolific writer and speaker; he founded 2 journals and is the author of more than 200 articles, chapters, and abstracts, and over 30 psychiatric textbooks. He is senior editor of Psychiatry, a highly regarded comprehensive textbook now in its third edition; The Doctor-Patient Relationship in Pharmacotherapy; and most recently, Fundamentals of Psychiatry.

Articles in this issue
In Memoriam: Daniel W. Shuman, JD: A Gift for Collaboration
Empty Words in Psychiatric Records: Where Has Clinical Narrative Gone?
The Debate Over DSM-5: We Invite Your Views
Brother Dog
What People Want vs What Psychiatrists Can Offer: The Fantasy and the Reality
A Synapse Darkly: Psychiatry at a Critical Juncture
Sexual Minority Identity Development
Happy 70th Birthday, Dad
Welcome to Our Editorial Board!
Meditation on Manic-Depressive Illness
Psychiatric Pharmacogenomics: Research Directions
Psychiatric Pharmacogenomics
Medicare to Pay for Depression Screening in Primary Care
Psychosomatic Symptoms in Children With Chronic Medical Illness
Psychodermatology: When the Mind and Skin Interact
Related Videos
Related Content