What’s in It for Psychiatrists?

The challenge to learn enough relevant information about a patient in brief medication (and evaluative) sessions still exists. And there is also the challenge of picking a medication that will be acceptable and valued-both from a symbolic and biological standpoint. 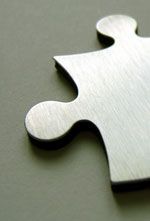 It could have been me. But I’m glad it wasn’t. It would not have passed my (late) mother’s sniff test.

I’m referring to the recent New York Times article, “Talk Doesn’t Pay, So Psychiatry Turns Instead to Drug Therapy.”1 After all, the title implies that psychiatrists are motivated more by how much they make than by how much they help. If the title had been therapeutically reframed-as our best cognitive-behavioral therapists would do-to something like “Psychiatrists Turn to Therapeutic Med Checks,” then my mother would have been proud, as would I. However, psychiatrist bashing is popular with the public and the press, so the title is unfortunately consistent.

But what about the article itself, for those who read beyond the headline? Although I don’t have a private practice run by my wife (though I’m sure she would like that) and I don’t look like Dr Levin, who was featured in the Times article, I do practice nowadays much like he does. And, from my wide knowledge of clinical psychiatrists around the country, many others do so to a great extent.

Younger psychiatrists may actually not realize how different it once was. I’ve been a participant-observer of this trend for over 40 years. I’ve even led a not-for-profit behavioral health care system so I could be in the eye of these winds of change.2 It became clear to me that for-profit managed care and big Pharma were leading more and more psychiatrists along the biological path to the 15-minute med check.

If the Times reporter had asked to observe my practice, I would have probably agreed as long as my confidentiality concerns were allayed. I would have had to accept that some of my comments would likely be taken out of context and therefore look worse than they were-as some of Dr Levin’s may have been-in order to support the newspaper’s agenda. Given such risks, Dr Levin was courageous to make his practice more transparent, and we owe him some thanks.

Nevertheless, if I’d had the opportunity, here’s what I might have said differently than Dr Levin, who is quoted in the article as saying:

“I miss the mystery and intrigue of psychotherapy. Now I feel like a good Volkswagen mechanic.”

I, too, did a lot of psychodynamic psychotherapy earlier in my career. It certainly was intriguing to learn about the mysteries of our secret thoughts, desires, and conflicts. Many patients did seem to improve once their secrets were unlocked, although it often took an awfully long time.

I believe that the challenge to learn enough relevant information about a patient in brief medication (and evaluative) sessions still exists. And there is also the challenge of picking a medication that will be acceptable and valued-both from a symbolic and biological standpoint. Before we demonize managed care and/or Pharma for our pervasive current predicament, let’s remember that brief med checks have been omnipresent in community mental health settings since the 1960s because of financial priorities-well before managed care extended that to private insurance.

Moreover, new clinical settings can add a lot of mystery and intrigue to the practice of psychiatry. In particular, my recent work with refugees, prison inmates, and the transgendered has me trying to learn so much about trauma, evil, and gender. Opportunities still abound for psychiatrists with these patients.

Dr Levin also had this to say about psychopharmacology:

“I’m good at it, but there’s not a lot to master in medications.”

True enough . . . it’s much easier to understand medications than our psychologies. Actually, we need a sophisticated psychological approach to help ensure the acceptance of medication for many patients.

But why isn’t being “good at it” enough? What helped me was to remind myself that what we psychiatrists do is a sacred calling that goes back to the days of shamans, and each brief meeting can be a Buber-like I-thou interaction.3 We can help make it that way by always looking (and, hopefully, feeling) happy to see our patients, ascertaining their strengths, and finding out quickly how our treatment can help them fulfill whatever gives their life meaning. Nothing is wrong with apologizing for the limits of time, but we can add that we’re in this together and can still accomplish much. In a way, this challenge to do more with less time is akin to the paradox of talking with someone as they are dying, which was most movingly and successfully depicted in the best-selling book Tuesdays With Morrie.4 Time is short, but that necessitates discussing what is most important in the relationship and in life.

Perhaps we can conclude, then, there’s still quite a bit in it for psychiatrists-certainly more than a 15-minute med check would imply. However, what we do is indeed diminishing and we are not living up to our potential. It is not too late to reclaim some of what we have lost as long as we are ready to focus on some-or all-of the following principles:

• Be an expert diagnostician

Given our extensive training and the medical considerations in the diagnosis of psychiatric disorders, the upcoming DSM-5 should convey the unique expertise of psychiatrists that would also justify higher evaluative reimbursement.

• Be a unique clinician

No other mental health clinicians can combine psychotherapy and medication-often the preferred treatment-as cost-effectively as psychiatrists.

• Be an effective communicator

We need to improve how we communicate with the public-and to do it as well as other businesses (yes, we are a business and a profession!). We need to be able to counter quickly and effectively any inaccuracies in stories like ones conveyed in the Times piece.5

• Be a contributor to the community

Our profession needs to be actively engaged in addressing health and mental health threats that range from gun control to climate change.

Even if it is less than ideal, be not ashamed of what we can still do to help.