The history of medicine is a never-ending work in progress. What is the next chapter in the psychiatry and genetics story? 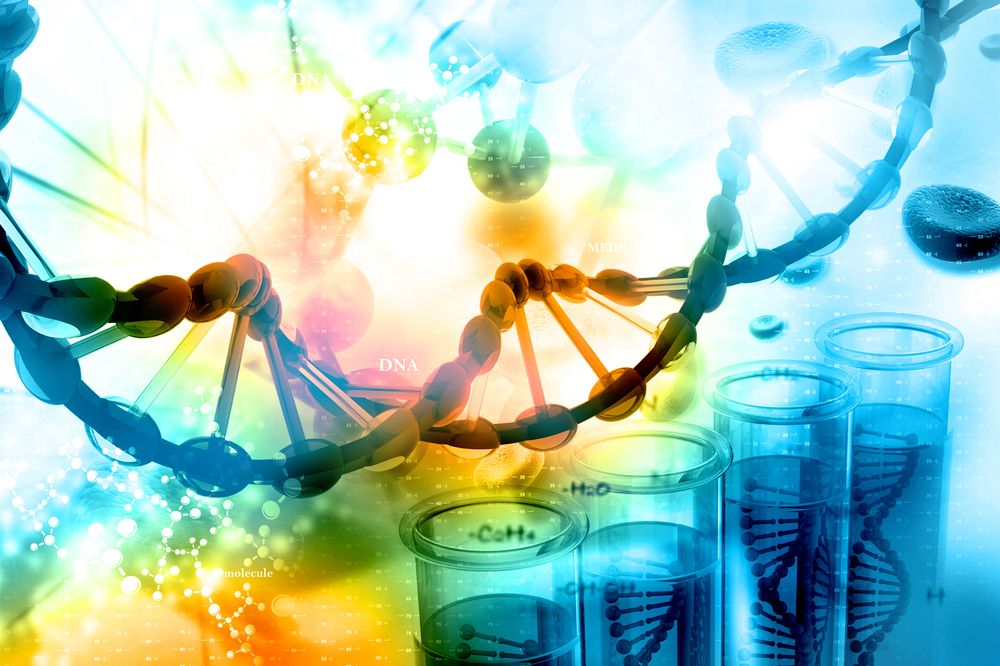 Let me begin with my conclusion: The current clinical use of pharmacogenomic testing in psychiatry to determine a metabolic enzyme’s activity to choose a medication to prescribe is not evidence based.

Medicine and Science Continue to Evolve

The history of medicine, and of the edifice of science upon which much of medicine is built, is a never-ending work in progress that involves the continued evolution of hypotheses and rewriting of paradigms as they are disproven and become outdated. In 1869, Dmitri Mendeleev, PhD, a brilliant Russian chemist, submitted the first periodic table of the elements to the scientific community; this was a quantum leap forward in understanding the physical nature of reality. Over the next 25 years, scientists bragged about how the physical nature of reality was finally understood, and all that was left was filling in the gaps.

This paradigm was rocked in 1895 when German physicist Wilhelm Röntgen, PhD, discovered x-rays. This began the new chapter of the electromagnetic spectrum of radiation, which culminated in our understanding of discrete bands with unique properties and energies: radio waves, microwaves, infrared, visible light, ultraviolet, x-rays, and gamma rays. This new science enabled the development of the atomic bomb.

My favorite story about medicine’s changing understanding revolves around the cause of gastric ulcers. When I was in medical school, the etiology was believed to be due to stress and/or spicy foods. In the early 1980s, J. Robin Warren, MBBS, and Barry J. Marshall, MB, BS, AC, FRACP, FRS, FAA, of Australia discovered Helicobacter pylori residing in the stomachs of patients with ulcers and gastritis; they eventually confirmed that this bacterium was the etiologic agent for these disorders, and ultimately received the 2005 Nobel Prize in Physiology or Medicine.1 They ultimately transformed the treatment of gastritis by proving antibiotics were an effective treatment in most cases.

Pharmacogenomics and the Human Genome

Since my college years I have always enjoyed a passion for molecular genetics. In the early 1990s, I reveled in the growing understanding of the cytochrome P450 (CYP450) metabolic enzyme system and the subsequent identification and classification of the 57 human isoforms. In psychiatry, 5 CYP450 enzymes surfaced as significant for many medications: CYP450 1A2, 2C9, 2C19, 2D6, and 3A4. Further research revealed that 2 of these enzymes had significant genetic polymorphisms: CYP2D6 with approximately 100 different alleles, and CYP2C19 with approximately 35 alleles.

With the complete sequencing of the human genome in 2003, the field of pharmacogenomics exploded. Over the ensuing decade, DNA sequencing technology continued to improve, and the varying gene alleles of the CYP450 enzymes, especially CYP450 2C19 and 2D6, could be identified for a specific patient.2 This led to the development of pharmacogenetic testing on a commercial scale, with the accompanying message by invested labs that the genetic phenotypic information for metabolic enzymes allowed the psychiatric clinician to make a more informed choice of which antidepressant or antipsychotic would be best for their patient based on the information from the patient’s 2 sequenced genes for each metabolic enzyme.

The Clinical Pharmacogenetics Implementation Consortium was established in 2009 to vet pharmacogenomic data as clinically actionable versus simply interesting.3 Yet this organization and its database has been virtually ignored by commercial labs and clinical prescribers who choose to believe all the results in pharmacogenomic test reports are clinically accurate. For instance, a recent review concluded, “Genotype-assisted forecasts cannot therefore be used with confidence to replace actual phenotype measurements.”4 For a more comprehensive discussion of this current controversy, please see my Psychiatric TimesTM June 2019 editorial titled “Psychiatric Pharmacogenomic Testing: The Evidence Base.”

Unfortunately, the anticipated exciting discoveries aimed to better understand and treat human disease as a result of completed sequencing of the human genome never really materialized. Rather, geneticists learned that the sequenced 3 billion base pairs in the human genome was simply a static code. This code contains all of the genetic information to create a complete person, but it served more as data on a computer’s hard drive that needed complex software to decipher, from conception until death.

Over the past 20 years, the exploding field of epigenetics has opened an entirely new chapter in science and has created many more questions than it has answered. We have learned it serves as the software. (Please see my Psychiatric TimesTM June 2021 editorial, “Exploring the Epigenetic Paradigm Shift,” for a detailed review.).

When the new field of epigenetics collided with the well-established field of pharmacogenomics, the result was a novel explosion of information and understanding that is helping to shed light on how these fields are intimately interwoven into the human genomics story. In 2013 at the 2nd International Genomic Medicine Conference, it was concluded5:

Pharmacogenomics deal with various biological factors related to drug metabolism including drug transporters, the contribution of receptors and drug metabolizing enzymes with polymorphisms that affect the drug response in a variety of diseases; all of these parameters are under epigenetic control.

It turns out that epigenetic modifications due to environmental factors, life stress, disease states, and epigenetic heritability play a significant role on the ultimate expression of a particular gene and will determine that gene’s phenotype—not the unchanging gene’s DNA sequence that pharmacogenomic testing reports use to determine a patient’s putative phenotype. These epigenetic modifications include DNA methylation of the gene’s promoter sequence, the addition of various chemical structures (such as the covalent addition of an acetyl or methyl group) to histones, and noncoding microRNAs.

It is well established in humans that, throughout the course of an individual’s life, numerous events, environmental conditions, and processes can reversibly add or remove methyl groups from a gene’s promoter sequence. The more methyl groups that are added, the more gene expression is shut down, even to the point that the gene expression can be turned off. Later, the methyl groups can be removed from the promoter sequence and, as they are, the gene will start to be transcribed once again. Histone modifications can serve to increase access to a gene to increase its gene product expression, or to further hide the gene from the transcription machinery. Finally, microRNAs can neutralize a posttranscriptional mRNA gene product effectively eliminating any further activity by that mRNA.6

One group used mice to test their hypothesis that epigenetic gene regulation of CYP450 enzymes involved in drug metabolism could explain the reduced liver function in aging that increases the risk of adverse drug reactions. The authors initially reviewed the literature on epigenome-wide studies of human blood, and they determined that CYP450 2E1 demonstrates the most epigenetic changes with age in humans. Mouse livers from mice aged 4 to 32 months were assayed for clearance of chlorzoxazone—a CYP2E1 specific probe—and compared the clearance with epigenetic changes in mouse CYP2E1 gene with age. They concluded that age-related epigenetic changes in mice may influence hepatic drug metabolism function.7

Is This a Story of Mice and Men?

If pharmacogenomic testing accurately predicted the functional phenotype of CYP450 and other metabolic enzymes, it would be of great value for the practicing clinician. However, our current understanding of the unchanging DNA sequence of our personal 3 billion base pair genome does not translate into a fixed and unchanging phenotype based on the genotype.

A classic paper by Preskorn et al8 provided strong evidence that an individual’s functional phenotype at any point in time can be quite different from what the DNA genetic sequence genotype would predict. In their study, patients on venlafaxine extended release (ER) were genotyped for CYP2D6 by traditional pharmacogenomic testing. After up to 8 weeks on venlafaxine ER, patients were phenotyped for CYP2D6 by the established protocol of serum drug level ratios of O-desmethylvenlafaxine and venlafaxine. With this assay, CYP2D6 poor metabolizer phenotype was defined as O-desmethylvenlafaxine to venlafaxine ratio of less than 1.

Many possibilities exist to explain this discrepancy. The list of putative causes of this dramatic phenoconversion from non-poor metabolizer to poor metabolizer is beyond the scope of this editorial. However, it is entirely possible that epigenetic changes to the individual’s 2 CYP450 2D6 genes may explain some of these phenoconversions. From our current understanding of epigenetic processes on the stable and unchanging DNA genome, the promoter sequence of an individual’s 2 CYP450 2D6 genes could have been highly methylated, hence decreasing gene production of the enzyme CYP450 2D6. For another individual, histone modifications could be decreasing transcription access to these same genes. Additionally, one person may have triggered excessive production of microRNA that neutralized and effectively eliminated the mRNA transcription product that would have otherwise been further processed into a CYP450 2D6 enzyme.

As medicine and science continue to evolve and our hypotheses continue to get refined and updated, more surprises most certainly await us. The collision of epigenetics with pharmacogenomics has once again humbled us.