Psychiatric Pharmacogenomic Testing: The Evidence Base

An impressive and ever-expanding research literature exists on the topic of pharmacogenomics. Despite this, only four genes have been vetted as clinically actionable. 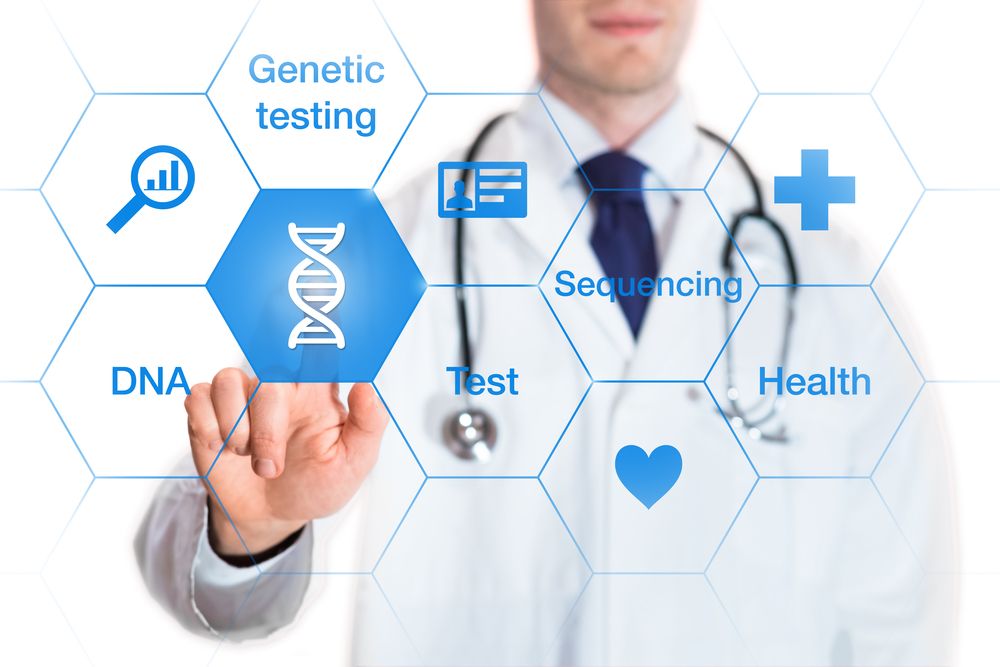 This month’s issue features The Complicated Patient Special Report with an article by Drs Fabbri and Serretti, “Overcoming Treatment Resistance: Can Pharmacogenetics Help?” It comes on the heels of “Using Pharmacogenetics in Making Treatment Decisions for Schizophrenia” a Special Report by Drs Yoshida and Muller in the March issue.1 Both articles reinforce the current expert consensus that clinically actionable genetic testing in psychiatry is quite limited. Specifically, all current evidence-based guidelines support only four genes that have risen to the level of “clinically actionable” in our entire field of psychopharmacology: cytochrome P450 2D6 (CYP2D6), cytochrome P450 2C19 (CYP2C19), human leukocyte antigen, B type, allele 15:02 (HLA-B*15:02), and human leukocyte antigen, A type, allele 31:01 (HLA-A*31:01).

Expert consensus publications and editorials from thought leaders in psychiatry in the past 3 years have consistently concluded that psychiatric pharmacogenomic panels (AKA combinatorial pharmacogenetic tests) are not currently evidence based, and clinical decisions should not be based on their reports.2-9 In fact, on October 31, 2018, the FDA published a safety communication warning against the use of many pharmacogenomic tests with the statement:

For example, the FDA is aware of genetic tests that claim results can be used to help physicians identify which antidepressant medication would have increased effectiveness or side effects compared to other antidepressant medications. However, the relationship between DNA variations and the effectiveness of antidepressant medication has never been established. The FDA is aware that health care providers may have made inappropriate changes to a patient's medication based on the results from genetic tests that claim to provide information on the personalized dosage or treatment regimens for some antidepressants. Patients and health care providers should not make changes to a patient's medication regimen based on the results from genetic tests that claim to predict a patient's response to specific medications, but are not supported by scientific or clinical evidence to support this use, because doing so may put the patient at risk for potentially serious health consequences.10

As a psychopharmacologist with a strong background in molecular genetics I am very excited about the future of evidence based and clinically actionable pharmacogenomic testing that has the potential to improve clinical outcomes in psychiatry. However, in my opinion, based on reviewing a large body of recently published literature, we are not yet at the point where pharmacogenomic panels of testing numerous genes is either evidence based or actionable for clinical practice.

My interest in the clinical actionability of pharmacogenomics goes back to the early 1990s, at which time the human cytochrome P450 (CYP) enzyme system was just being delineated. At that time, there was one gene that could be phenotyped by psychiatrists-CYP2D6. This was an important gene in psychiatry even then, as many of the tricyclic antidepressants (TCA) and antipsychotics are metabolized by this enzyme pathway. Two important TCAs metabolized by CYP2D6 are desipramine and nortriptyline. This was long before the entire human genome had been sequenced (2003), and long before our first FDA-approved pharmacogenomic test became available in 2004, Roche’s AmpliChip CYP450 Test.

In the early years of pharmaco- genomic testing, the CYP2D6 gene could be phenotyped into 2 different levels of enzyme activity-poor metabolizer or extensive metabolizer-by administering a known oral dose of dextromethorphan to a patient, and then obtaining serial serum levels from which the ratio of dextromethorphan to dextrorphan (its metabolite post CYP2D6) could be calculated. Based on this ratio, the patient’s CYP2D6 activity could be determined.11 It is significant to note that this allowed the clinician to then dose the desipramine or nortriptyline slowly or aggressively depending on the phenotype. The clinical relevance was established by serum desipramine or nortriptyline levels that were usually consistent with the determined phenotype.

In 2004, during the rapid paced developments in genetics research, the AmpliChip CYP450 Test was FDA approved. It used micro array technology from Affymetrix (GeneChip) to determine the phenotype of a patient at the two most genetically diverse cytochrome P450 enzymes: 2D6 and 2C19. For unclear reasons it was not often utilized, and it eventually became outdated as the large number of genetic polymorphisms of CYP2D6 (100 unique alleles in the human genome currently indexed) and CYP2C19 (35 unique alleles in the human genome currently indexed) grew. Moreover, the AmpliChip was not able to determine multiple copies of one gene.

After the completion of the sequencing of the approximately 3 billion base pairs of the human genome in 2003, pharmacogenomics research advanced at an astronomical rate. As a large database accumulated of the many diverse polymorphisms of a variety of genes, entrepreneurs looked for a market for this data. Companies emerged that marketed gene panels, which would obtain saliva (containing buccal cells) from a patient, amplify the patient’s DNA in a test tube, and sequence the selected genes of interest to determine the patient’s genotype and phenotype.

Theoretically, this information would provide the prescriber actionable clinical information about each tested patient to help determine what medications to use based on that patient’s unique pharmacogenomic profile, including:

• The presence or absence of the HLA-B*15:02 allele, which, if present, predicts a significant increase in the risk for developing Stevens-Johnson syndrome when carbamazepine/oxcarbazepine is prescribed

• Polymorphisms in genes that code for the drug transporting P-glycoproteins

Creating “gene panels” that combine 5 to 10 genes that may be relevant to a specific disease state, along with implementation of each company’s proprietary algorithm to do all the relative risk calculations for the practitioner, in theory, makes for a great clinical tool to assist the clinician in determining what treatment should help the patient the most. To a clinician looking for any diagnostic aid to help treat a patient more effectively it seemed too good to be true, which, unfortunately, it is. Although a remarkable database of pharmacogenomic data has accumulated over the past 20 years, at this time in psychiatry we only have four genes whose pharmaco- genomic information is clinically actionable. Once again, these are CYP2D6, CYP2C19, HLA-B*15:02, and HLA-A*31:01.

Despite this, companies that market the psychiatric pharmacogenomic panels/combinational pharmacogenetic tests promise a report that will inform the clinician as to what medication they should use for their patient, based on a proprietary algorithm developed by each independent company. As already reviewed, all the expert consensus reviews and opinions clearly state that this information is not evidence based, and the FDA advises us not to act on these reports. Common genes that are not evidence based but are included in many of these pharmacogenomic panels include: DRD2, UGT2B15, HTR2C, HTR2A, SLC6A4, MTHFR, COMT, CYP1A2, CYP2C9, CYP3A4, and CYP2B6.

Upon completion of the sequencing of the human genome, scientists had the foresight to create agencies to monitor the pharmacogenomic literature and initiate an open access on-line database so that clinicians and health care professionals could access expert information documenting which genes had adequate research to deem pharmaco- genomic testing of a specific gene as clinically actionable. In 2009 the Pharmacogenomics Research Network (PGRN) and PharmGKB (managed at Stanford University since 2001, and financially supported by the NIH and NIGMS12) joined in the development of the Clinical Pharmacogenetics Implementation Consortium (CPIC).13 The CPIC’s mission is to evaluate all evidence-based, peer-reviewed publications, and curate and maintain an open access database to inform clinicians about gene/drug practice guidelines:

CPIC assigns an evidence level of A, B, C, or D to gene/drug pairs, with CPIC levels A and B deemed to have actionable prescribing based on genetics; importantly, gene/drug pairs with a CPIC level of C or D are not considered to have adequate evidence to support using a genetic test for prescribing, and this can serve as a useful starting point in deciding whether clinical genetic testing of that gene for that drug is likely to be justified.

In 2015 CPIC published a comprehensive guideline summarizing the evidence base for clinical decision making when prescribing SSRIs affected by the genotypes of CYP2D6 and CYP2C19.14

A second organization, the International Society of Psychiatric Genetics, also maintains an active and evidence-based website which it continually updates as new information is established. Their most recent genetic testing statement for psychiatric disorders was updated and approved March 11, 2019.15 Their summary recommendations include the following:

We recommend HLA-A and HLA-B testing prior to use of carbamazepine and oxcarbazepine, in alignment with regulatory agencies and expert groups.

Genetic information for CYP2C19 and CYP2D6 would likely be most beneficial for individuals who have experienced an inadequate response or adverse reaction to a previous antidepressant or antipsychotic trial.

An impressive and ever-expanding research literature exists on the important psychiatric topic of pharmacogenomics. Despite this, only four genes (CYP2D6, CYP2C19, HLA-B*15:02, and HLA-A*31:01) have been vetted as clinically actionable by the two organizations that were established to monitor and curate the pharmacogenomic literature. Curiously, there are numerous laboratories that market pharmacogenetic tests, as well as “gene panels,” that have not yet reached a level of evidence base to inform meaningful clinical decisions on medication choices. The savvy clinician should continue to monitor the pharmacogenomics literature and utilize the constantly updated CPIC and International Society of Psychiatric Genetics websites to remain appraised of the additions of new genes as they cross the evidence-based threshold.

4. Zubenko GS, Sommer BR, Cohen BM. On the marketing and use of pharmacogenetic tests for psychiatric treatment. JAMA Psychiatry. 2018;75:769-770.

10. US Food and Drug Administration. The FDA Warns Against the Use of Many Genetic Tests With Unapproved Claims to Predict Patient Response to Specific Medications. https://www.fda.gov/medical-devices/safety-communications/fda-warns-against-use-many-genetic-tests-unapproved-claims-predict-patient-response-specific. Accessed May 13, 2019.