Optogenetics and Piercing the Professional Armor 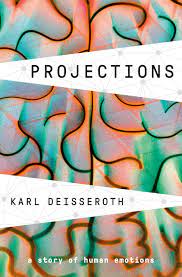 Projections: A Story of Human Emotions, the newest book by Karl Deisseroth, MD, PhD, is a beautifully written memoir about this gifted psychiatrist’s work with patients, focusing on those who pierced his professional armor and shook him to the core. But we have all read books like this—books that are wonderfully evocative of the profound experiences we have had with patients. This book is like that. It is also more.

Ever since George L. Engel, MD, introduced the biopsychosocial model in 1977,1 physicians have been challenged with the difficult task of conceptualizing a patient’s psychological dynamics, life situation, and biology as entirely intertwined and virtually inseparable. Deisseroth achieves that integration in his thinking. His sophisticated formulations incorporate multiple dimensions and the influence of each on the others. His narrative moves effortlessly from thoughtful, personally revealing descriptions of patients to insights about behavior that are infused with an understanding of cultural context, brain functioning, and the long process of genetic evolution.

From a young age, Deisseroth was absorbed with narrative—the creative use of words through poetry, literature, and writing. Later, in college and medical school, he also found himself interested in scientific approaches that looked at how single units assembled into complex systems—neural networks, for example (although language also comes to mind). Deisseroth had not been interested in psychiatry.

But, on Deisseroth’s first day of his psychiatric rotation, a patient burst into the nurses’ station and focused an emotional outpouring on Deisseroth.2 “In arm’s reach, standing above me, he fixed his gaze to mine—his eyes wide in fear and rage… [T]he hurt was bright in his eyes; the terror was real.”2 What most struck Deisseroth as a medical student was the patient’s speech:

[I]t was creative in its agony, full of phrases used not for traditional meaning, but seemingly for their own sake, as communicative effects, with their own grammar and aesthetic, self-contained. …He spoke a novel word that sounded like one in a phrase of Joyce’s I had read long ago. …He evoked in me science and art together, not in parallel, but as the same idea, fused…

Deisseroth, who is now the D.H. Chen Professor and a professor of bioengineering, psychiatry, and behavioral sciences at Stanford University and a Howard Hughes Medical Institute investigator, had always been interested in words. Here, in this encounter, it became clear to him that psychiatric illness was manifested through a patient’s emotional communication. Everything came together for Deisseroth and reset the course of his career. He writes, “[W]hat, in fact, are those feelings, in a physical sense, down to the level of cells and their connections? This struck me as perhaps the most profound mystery in the universe—rivaled only by the question of the universe’s origin, its reason for being.”2

Deisseroth’s encounters with patients become opportunities for self-reflection, curiosity, and keen observation; they also provide the grounding for discussions about the neural underpinnings of behavior. Deisseroth’s descriptions of neuronal functioning are lucid and vivid; they have narrative life. Far from the dry, rote lessons about neuroscience to which we have become accustomed, Deisseroth’s deep understanding makes his explanations of brain function entirely lively and memorable.

Throughout, Deisseroth appreciates and captures the full breadth of psychiatry—from the astonishment he felt upon hearing a thought disorder (a first glimpse at the multitude of extraordinary ways that mental functioning can go awry), to the counterintuitive behaviors of someone afflicted with an eating disorder, to the power of human connection and the magic of creativity. Deisseroth reminds us of the profound mysteries of human behavior that called many of us to pursue careers in psychiatry.

On September 27, 2021, the prestigious Lasker Award was presented to Deisseroth for his work with colleagues in pioneering a revolutionary approach to studying individual neurons in living mammals—a technique known as optogenetics. Deisseroth’s book makes the fundamental concepts of optogenetics easy to understand.

Algae contain proteins that transform light into energy; this is how these organisms produce energy for survival. Optogenetics takes the genes that code for these proteins and transfers them into mouse neuronal DNA. This makes it possible for a researcher to turn individual mouse neurons “on” or “off” by exposing them to light delivered through fiber optics that have been inserted into the mouse brain. Switch “on” the light—switch “on” a neuron. This can be used, for example, while simultaneously observing the animal’s behavior and thereby discerning the specific neuron’s function.

This methodology has proven to be extraordinarily powerful as an investigative tool. In 2009, 25 papers were listed in PubMed under the search term optogenetics; by 2016, there were more than 900, and more than 1000 have appeared thus far in 2021.

In his book, Deisseroth shows us how his work with patients and his curiosity led to important scientific questions. These questions, in turn, fueled his prolific neuroscience research and have influenced scientific work around the world.

Projections, the book’s title, refers to a defense mechanism, well known to psychiatrists, in which aspects of the self are experienced by the individual as residing outside the self. But Projections also are the ultimate destination of a neuron—the anatomical site to which a neuron extends its axon and exercises its synaptic influence.

Deisseroth is a model and an inspiration for all of us in the field of psychiatry, and Projections is a work of true biopsychosocial integration. The book is not only a joy to read, but also a compelling, educational experience. I recommend it to every 21st-century psychiatrist.

Dr Schildkrout is an assistant professor of psychiatry, part-time, at Harvard Medical School in the Department of Psychiatry at Brigham and Women’s Hospital. She is the author of several books and a blog.