Contemporary psychiatric genetics has come a long way. While the strong familial and hereditary basis of psychiatric illness has been known for almost a century, understanding the molecular underpinnings has proven to be the hard part. 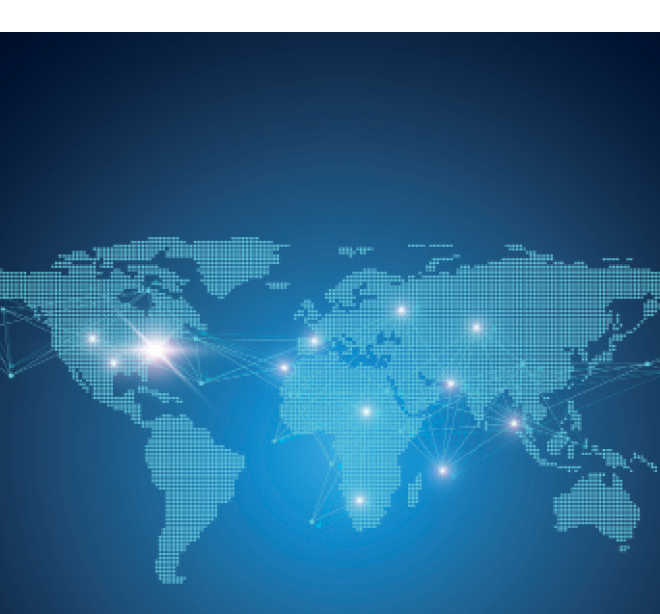 From the Genomic Revolution to Friendly Data Sharing and Global Partnerships

Contemporary psychiatric genetics has come a long way. While the strong familial and hereditary basis of psychiatric illness has been known for almost a century, buttressed by numerous family, twin, and adoption studies, understanding the molecular underpinnings has proven to be the hard part. The last decade of the 20th century witnessed a surge in genetic linkage and association studies. The former attempted to narrow down chromosomal regions likely to harbor vulnerability genes by studying samples of families with several affected members. The latter were typically focused on comparing the frequency of genetic variants in presumed candidate genes between samples of affected cases and unaffected controls. Alas, these approaches did not bring about the much-desired gain of knowledge, let alone the highly antcipated breakthroughs.

The field was characterized by a lack of replicable findings. Inconsistency of “discoveries” was the rule rather than the exception. Hence, in the waning years of the 20th century, a certain frustration was found among researchers; and this frustration was two-fold. On the one hand, the researchers felt disappointed and disheartened because their scientific quest seemed to lead nowhere; on the other hand, the psychiatric genetic community was confronted with the notion that they did not keep the promise that they made or were perceived to have made to the clinical field-the promise that by studying genetics, psychiatry would be given tools to improve diagnostics and develop targeted treatments of a hitherto unknown scope.

Well, psychiatric genetics did not give up, the stakes were too high. The quest to understand and treat psychiatric illness not by serendipity but through a rigorous scientific approach was too important to be discarded. Giving up genetic approaches would have amounted to denying the medical model of psychiatry.

The wind of change began to blow strongly after the completion of the Human Genome Project, when both the public and the private initiative published the sequence of the human genome in 2000. A new era was born. Now, researchers had the unique opportunity to make use of this vast resource, educating them about the complex architecture of the genome and allowing them to conduct studies that only a few years earlier would have been considered science fiction.

Genome-wide association studies (GWAS), case-control studies on several ten to hundreds of thousand genetic markers, became the genetic tool of the first decade of the new millennium. And this was true for all of medicine. GWAS started to mushroom, being performed on every human trait of disease phenotype.

This development was further propelled by an unprecedented explosion of technology that in turn led to a dramatic decrease in the time and costs spent on the analysis. Fast forward to 2018: Numerous GWAS with genome-wide significant findings have been reported to date. They have helped develop a more comprehensive picture of the genetic architecture of many diseases.

In psychiatry, the gain in knowledge has been amazing. As of today, more than 250 genetic loci have been found for schizophrenia, more than 40 each for major depression and bipolar disorder. This revolution of genomics has put us in the unprecedented position to have a robust set of findings to work with in further studies, which will include sophisticated systems biology or stem cell approaches. Bioinformatics has begun to combine the findings from genomics and other “omics,” such as proteomics, transcriptomics, metabolomics, epigenomics, and the like, to delineate pathways and networks that lead from genetic variation to a clinical phenotype.

One has to admit that these approaches are still in their infancy, we have not yet delivered clues that can allow for a rapid translation into the clinical world. But we are finally at a point where the rest of complex genetics research is-we have findings wih which to work. And we can unequivocally declare that psychiatric disorders are not explained by a few genes but, on the contrary, have a polygenic etiology. This gain in knowledge facilitated by GWAS is a major shift in knowledge, it is indeed a paradigm shift. This knowledge is already being used in first studies constructing so-called polygenic or genomic risk scores (PRS or GRS). These scores may in the future be used in algorithms for diagnostics, treatment optimization, or prognostics.

Now, one question that we have not addressed thus far is what made this success possible, which is beyond the technological revolution described. Quite simply, he answer is three things: collaboration, collaboration, collaboration! The GWAS success story would not have been possible without collaborative projects spanning the globe, yielding powerful sample sizes from several thousand to up to well over 100,000 individuals. Many of the consortia names have become trademark projects now known all over the world, such as Psychiatric Genomics Consortium (PGC; https://www.med.unc.edu/pgc), ENIGMA (http://enigma.ini.usc.edu/), or ConLiGen (www.conligen.org).

Aside from the scientific necessity to build large samples that are powerful enough to yield statistically significant findings, these consortia are fueled by a common belief, ie, the belief in friendly data sharing.

Friendly data sharing entails much more than the mere sharing of data that has become a hallmark of the big data revolution of the 21st century in biomedical research. It stands for:

1 Equal rights of the partners sharing their data as opposed to a “data colonialism” scenario, where financially potent partners scour the world for samples;

2 Joint planning and execution of projects;

3 Creating opportunities for education and training;

4 Appropriately acknowledging the contribution of each and every clinician and scientist.

Enforcing the latter point might occasionally conflict with policies set by funding bodies or journals; the former very often demand that data be deposited in public data bases, the latter sometimes have a hard time accepting several hundred authors on the masthead. Here, the scientific community needs to call for a continuous dialogue to strike a balance between those voices that call for a radically open science approach and those trying to implement an overly protectionist approach. Regulated open science and research consortia of peers have proven to be key to success in psychiatric genetics. Moving forward, we need to further develop these approaches while always respecting the rights of those participating in our studies and of all the researchers involved.

This brings us to the last aspect. A major focus of future consortia research in psychiatric genetics should be on inclusion of populations currently heavily underrepresented in our studies. If we are truly committed to fighting mental illness and stigma associated with it, we will have to leave our immediate surroundings and explore whether our approaches to research and therapy work not only in highly selected populations of industrialized countries but also in every corner of the world where many people suffer from a psychiatric disorder.

Given the challenging conditions on site and little courage for investments, especially low-income countries have not yet had the chance to participate in global genetic collaborations. However, initial feasibility studies conducted in African countries are highly promising. Early findings demonstrate the reliability and validity of biological research methods that are necessary for future genetics studies, deliver new insights into pathological pathways of mental disorders, underscore the need for further studying psychiatric illnesses, and call for adequate prevention and treatment tools.

For a better understanding of psychiatric disorders in the context of the developing world, the performance of comprehensive population-based genetico-epidemiological studies on various gene-environmental interactions would be of major interest. The infrastructure of recently established research centers such as the Gilgel Gibe Field Research Center in Ethiopia offers the field a unique opportunity to bring together cohorts of multiple-thousand people and to perform genetic studies as they have not yet been carried out in Africa in this form.

The stable population structure, and the quite stable environment, such as the urban and rural way of life with all its characteristics provide ideal conditions for this purpose. The population is ideally suited for studying the impact of polygenic risk profiles of various psychiatric disorders on behavioral traits and their interaction with the environment. Moreover, creating a global psychiatric genetic and pharmacogenetic research network, blending psychiatric genetics with a deep phenotyping approach that includes an assessment of patient’s symptoms as well as a careful assessment of the environment will not only provide us with new scientific insights, but it will also contribute to a more personalized and therefore more effective treatment. It will allow us to identify genetic predictors and improve the daily treatment of patients and the course of their recovery. Such a measure will be a great step forward in global mental health research.

The establishment of innovative scientific projects and of collaborations in the developing world positively affects both socio-economic development as well as improving mental health care. They have a humanitarian aspect and tie in with the sustainable development goals of the United Nations. Supporting young scientists, transferring know-how, establishing new research methods, and making available the latest achievements in science and technology will lead to creating new workplaces, the prevention of “brain-drain,” and will help build a better reputation for local universities and subsequently improving the situation and the treatment options for patients.

New laboratory methods that can be implemented in the framework of research projects will be useful to enable or improve drug monitoring in the clinical setting and to spread the use of drugs like lithium in major areas of low-income countries. This development will provide great benefit, especially for patients living in remote regions without any access to psychological treatment.

Professional research can also lead to new policy ideas and finance innovations. The setting up of rehabilitation units, which are lacking in the mental health field in certain countries, is one aspect that we could observe after publishing the results of a relevant research project. Biological psychiatric research can also change attitudes and public perception by turning attention on mental health. Thereby reducing social distance, social exclusion, and stigma and improve the life of people who suffer from mental disorders. Like other research fields, our research enables the cooperation with national governments, international organizations as well as with public and private sectors and raises public awareness.

The 21st century should not only be the century of revolution in biomedical research, it should also be the century of a friendly collaboration of a global research network. For the future, we would like to continue the collaboration with our partners, to further extend our relationships and to establish a global mental health network in the field of psychiatric genetics including low income countries. In our view, the key for the realization of this goal and for a fruitful, long-term cooperation is to perceive each other as partners and to take into consideration current and local needs.