Can't keep up with the literature? Here's some help. 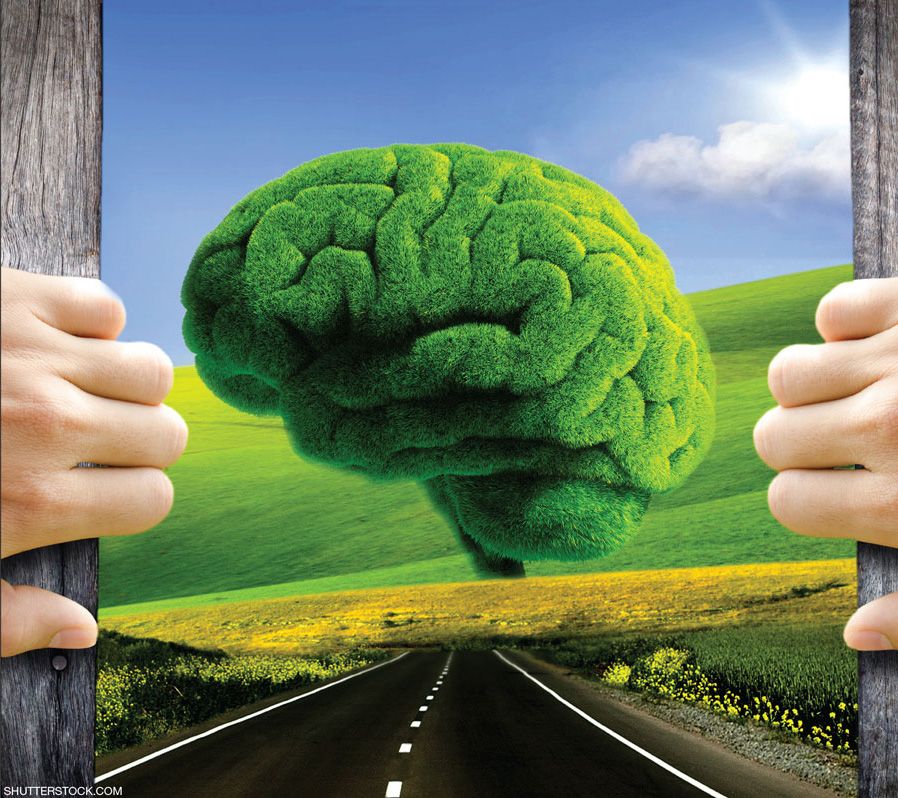 Psychiatrists and other clinicians are under increasing pressure to stay up to date with the medical literature. With the rapid growth of knowledge, the challenge to keep up with the ever-growing body of information is greater than ever.

There is now an emerging realization that, as clinical providers, we need an efficient and effective system to help us sort and evaluate the quality of information before we can apply it to clinical care. Without such a system, when faced with an overload of information, most of us tend to take the first or the most easily accessed information-without consideration of the quality of such information. As a result, such poor-quality information affects the quality of care we provide and costs billions of dollars annually because of underuse, overuse, and misuse.

To sort and evaluate published research that is ready for clinical utilization, we used the following 3-step methodology:

1. Search literature for research findings published between July 1, 2015, and June 30, 2016, that suggest readiness for clinical use.

3. Look for appraisals in post-publication reviews, such as Faculty of 1000 Factor, Evidence-Based Mental Health, and commentaries in peer-reviewed journals.

The top 25 articles were selected based on their clinical relevance/applicability. Here, we present brief descriptions of the first 8 papers chosen by this methodology-the order in which the articles appear in the list is arbitrary. We will present descriptions of the remaining papers in upcoming issues. Abstracts are available on PubMed.

» This follow-up of a randomized clinical trial (RCT) demonstrated that omega-3 fatty acids were effective in preventing new-onset psychotic disorders in high-risk individuals. The current study compared oral administration of daily fish oil capsules containing 700 mg of eicosapentaenoic acid and 480 mg of docosahexaenoic acid with placebo for 12 weeks in individuals at similar risk for a new-onset psychotic disorder. Follow-up was extended to 7 years.

Participants (N = 81) between the ages of 13 and 25 who sought treatment for attenuated psychotic behaviors, transient psychosis, or decreased functioning in the presence of genetic risk for psychotic disorders were randomly assigned to omega-3 and placebo. At the 7-year follow-up, patients in the omega-3 group were 32% less likely to have converted to a psychotic diagnosis or to have been treated with antipsychotic medications.

» This systematic review used positive predictive value to test the hypothesis that a poor response to antipsychotic medication by week 2 would predict poor treatment effects by the end of the trial. Studies in which antipsychotics were used for 4 to 12 weeks to treat schizophrenia, schizophreniform psychosis, or schizoaffective psychosis were combined.

The primary clinical conclusion is that patients who have had at least 1 previous schizophrenia episode and who show at least 20% improvement after 2 weeks of targeted antipsychotic dose treatment should not have their medication changed early.

» An RCT utilized the outcome data at the end of a 2-year intervention to compare quality of life and psychopathology scores for a multimodal multidisciplinary team approach (Navigate) versus usual community care for the treatment of first-episode psychosis. The team approach included personalized medication management, family psychoeducation, resilience-focused psychotherapy, and supported employment and education.

First-episode psychotic patients (N = 404), aged 15 to 40 years, were randomized to either treatment approach. Affective psychosis and medically related psychoses were not included. Participants in the Navigate team approach showed greater improvement in quality of life and reduction of psychopathology than those in the treatment as usual group. These differences were greater for participants whose untreated psychotic disorders were of shorter duration.

» This meta-analysis combined 23 observational studies, 22 prospective cohort studies, and 1 retrospective cohort study to examine the association of untreated prenatal depression with low birth weight, premature birth, and admission to neonatal intensive care units. Increased odds of both low birth weight (odds ratio [OR] = 1.96; 95% confidence interval [CI], 1.24-3.10) and preterm birth (OR = 1.56; 95% CI, 1.25-1.94) were seen in studies that reported conflicts of interest. More clinically relevant, the preterm birth rate OR when there were no conflicts of interest was 1.34 (95% CI, 1.08-1.66).

This study is important for decision-making discussions between clinicians and their depressed pregnant patients. Findings suggest that untreated depression during pregnancy is associated with an increased risk of low birth weight as well as preterm birth.

Patients in the buprenorphine group (78%) who met the primary outcome far exceeded those in the referral-only group (37%) as well as those in the brief treatment and referral group (45%). This finding strongly suggests that active referral, a link to outpatient services, and buprenorphine treatment are far more successful in motivating patients to participate in longer-term addiction care. ED physicians and consultants should recognize the value of initiating treatment in the ED that is actively linked with ongoing outpatient services. The role of buprenorphine is not clear. Although several benefits were seen for buprenorphine treatment, no significant decreases were observed in the rates of urine samples that tested positive for opioids or in the risk of HIV infection.

» Adults (N = 100) with body dysmorphic disorder were given open-label escitalopram for 14 weeks, followed by random assignment of 58 responders to either a 6-month continuation of escitalopram or placebo. During the blinded continuation phase, the primary outcome was the comparison of relapse rates in patients who were receiving active treatment and those in the placebo group. Relapse during the 6-month continuation phase was greater in the placebo group. Continuing improvements were seen during the additional 6 months of escitalopram treatment: time to relapse increased, and compared with those who received placebo, fewer patients relapsed.

» In this 24-week trial, 120 moderately to severely depressed patients were randomly assigned to either measurement-based care or standard treatment. With measurement-based care, antidepressant titration decisions were based on each patient’s Quick Inventory of Depressive Symptomatology-Self Report (QIDS-SR) score and on the adverse effects the patient experienced. Standard treatment was guided by psychiatrist evaluations without access to scale scores. Both groups were limited to either paroxetine or mirtazapine.

The 2 primary outcome measures were time to response and to remission measured by Hamilton Depression Scale (HAM-D) scores. Response was a decrease of 50% or more on the HAM-D; remission was 7 or lower on the HAM-D. If the QIDS-SR score was not below 9 by week 8, medications were switched. Medications could be switched earlier based on psychiatrist decisions about adverse effects and efficacy.

The results strongly suggest that better, quicker, and more frequent responses and remission are obtained with measurement-based treatment.

After an earlier trial, no statistically significance difference was seen between citalopram and placebo. The current study is a secondary analysis of caregiver reports and other NPI subscales at 9 weeks to gauge whether citalopram reduced other neuropsychiatric symptoms besides aggression.

Citalopram lowered levels of reported delusions, anxiety, and irritability but may have increased sleep/night time behavior disorders. It is not clear whether the strongly serotonergic effects of citalopram offered any benefits compared with other SSRIs, but compared with placebo, neuropsychiatric benefits were seen.

Articles in this issue
Evidence-Based Research on the Role of Zinc and Magnesium Deficiencies in Depression
The Premise, Practice, and Promise of Integrative Child and Adolescent Psychiatry
Mind-Body-Spirit Interventions for Patients With PTSD
Fat, Food, and Mood: Beyond Omega-3s
Research Findings That Can Change Clinical Practice: Part 1
Depression and Anxiety in Cardiac Disease
Thank you, Drs. Ronald Pies and Joseph Pierre
Oxford Handbook of Psychiatric Ethics
The Anti-Youth Pill? Alprazolam Toxicity Can Add Years to Brain Age and Appearance
Integrating Biomedicine and Asian Medicine: Challenges and Opportunities
Hot Topics of 2016: In and Around Psychiatry
Neuropsychiatry: Toward Solving the Mysteries That Animate Psychiatry
The Ladder
The Holiday Syndrome: Who Exactly Came Up With the Idea of Those Christmas Blues?
Bipolar Plus OCD: Which to Treat First?
Related Videos
Related Content