The Results of a Psychiatric Poll on Presidential Candidates

We are ethically constrained by the Goldwater Rule, but here are the data from an artfully crafted secret poll on the Presidential campaign. 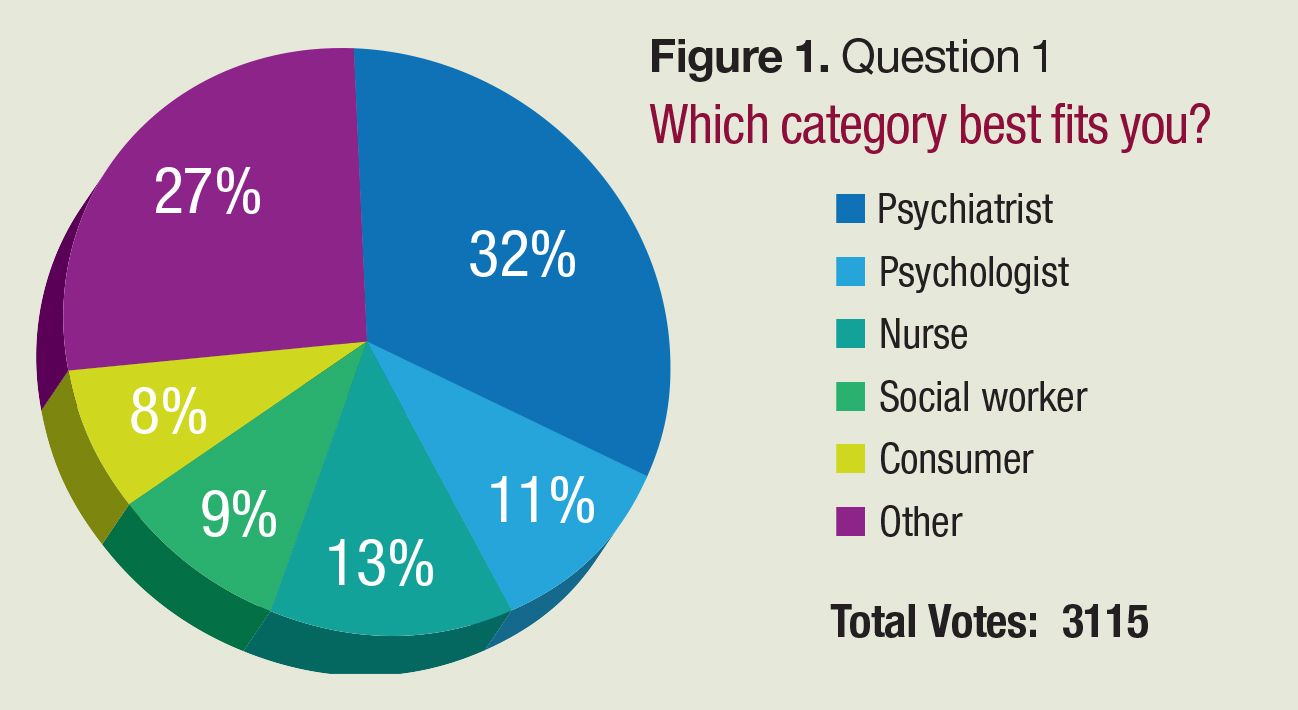 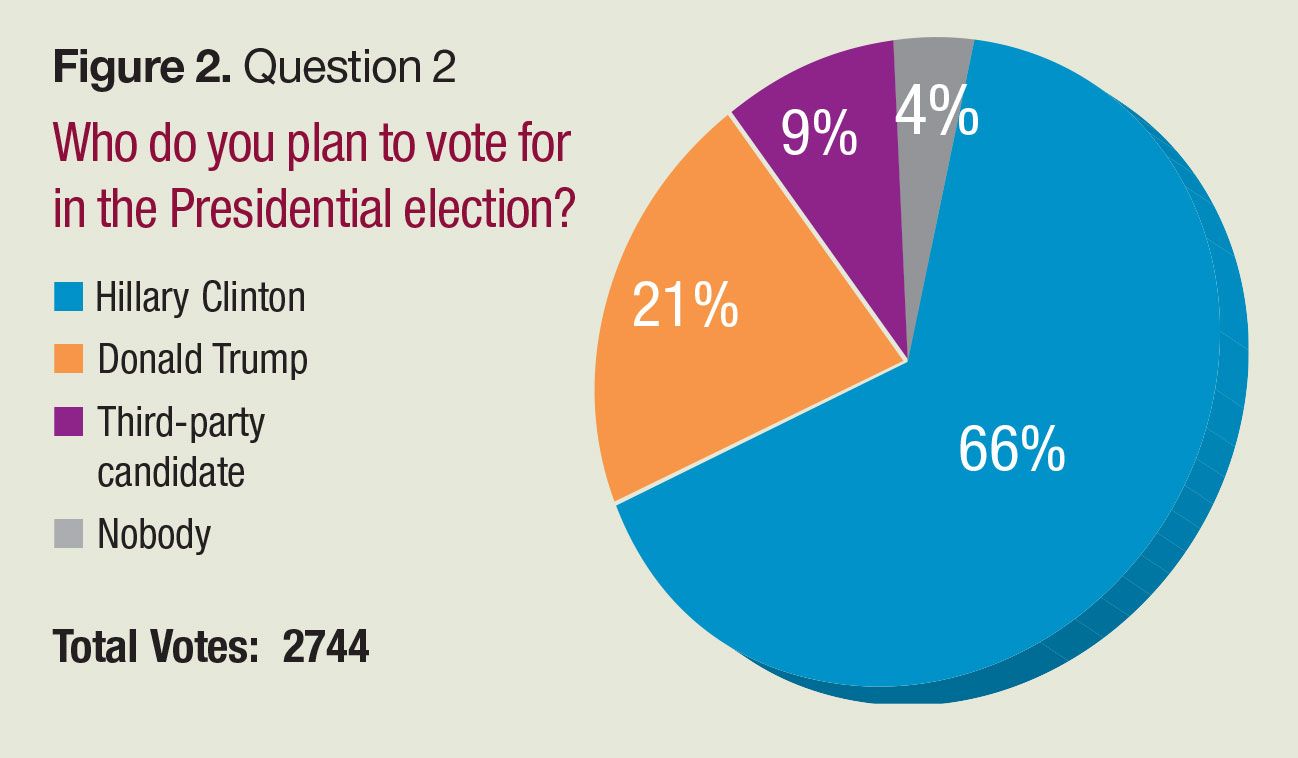 Figure 2. Question 2 - Who do you plan to vote for in the Presidential election?

Can’t we all just get along?
–a poll comment

Our “Secret Poll: Your Preference for Our Next President?” is over. During the one week following the end of the Republican and Democratic conventions, Psychiatric Times conducted a first-ever (to our knowledge) poll of the mental health community, which includes all professions related to mental health care as well as consumers.

Why such a poll? We wanted to take this population’s pulse about how the next President might affect mental health care. Here are 4 reasons such a poll is important:

1. We have an inadequate and fragmented mental health care system that is unable to deliver the potentially beneficial treatments that we have available, especially to the poor.

2. Clinicians are being adversely affected by an epidemic of burnout that threatens our own psychological health and the outcomes of patients.

3. As stated in the Declaration of Independence, the successful “pursuit of happiness” depends in significant part on our mental health.

4. The mental health of the leaders of nations can influence the well-being of their countries.

Moreover, we know that, at least for psychiatrists, there are limitations to what we can individually and/or organizationally say about political figures. This is because of the Goldwater Rule that prohibits psychiatrists from making psychiatric assessments of a public figure unless that person was personally evaluated and gave permission to break confidentiality.

But all of us have the right to comment on behaviors we observe and to voice our political opinions. From the mental health perspective, such rights should be exercised with respect and dignity.

First, our poll was not designed and conducted for political purposes. We made no hypotheses about the results beforehand. Like any poll or research study, it had its limitations. We don’t know who voted or why. The participants may or may not be a representative sample of our entire readership or of the mental health community in our country.

We were not able to break down the results by different subspecialties, nor by who answered Question 1 versus Question 2. Thus, we don’t know if one discipline or group favored one candidate in particular.

We also invited open discourse among poll-takers. We dropped our usual policy and did not ask those who commented to identify themselves professionally.

The order in which the names of the candidates appeared in our poll could have influenced the voting a bit. Whoever is put first-in this case, Hillary Clinton-usually has an advantage. In addition, the voting started right after the Democratic convention, and usually there is a bump up of voter preference for the party candidate immediately after a convention.

As a reader rightfully pointed out, we neglected to name the third-party candidates-Dr. Jill Stein of the Green Party and Gary Johnson of the Libertarian Party.

Despite these limitations, the results seem significant and clear-cut. The number of “voters” were well beyond what might have been expected-as were the comments. The Figures show the results.

Many conveyed opinions about which party was more concerned about mental health care. Some of these extended to the future of President Obama’s Affordable Care Act (ACA). Just recently, we have seen confirmation that the ACA is helping those newly insured be healthier, as well as more psychologically and financially secure, as reported in a recent New York Times article,1 and a Special Communication in JAMA, written by the President.2

Some voiced concern about the inadequacies of our VA system-especially for those who come out of the armed services with PTSD and suicide risk.

Numerous comments were made about a candidate’s presumed mental state. A couple of thoughtful people wondered whether we could join with the American Bar Association to develop an objective way to check out a candidate’s-or even a President’s-mental health during his or her time in office.

Striking in their absence were comments about the importance (or lack thereof) of the first woman nominated for President.

About two-thirds of respondents favored Hillary Clinton. We don’t know, however, whether this reflects that candidate’s views on health care and/or whether it reflects that those in our field tend to hold more liberal views in general.

The gender distinction is of interest too. We don’t know whether more women than men voted. We do know that in psychiatry and other mental health care fields, many women have already been Presidents of our professional organizations, so perhaps we just assume that a woman can do such a job.

Many of our respondents appear to believe that any psychiatric disorder would make one unfit to be President. However, as one prominent psychiatrist wrote, at certain times of crisis in a country, having a particular mental disorder, such as an affective disorder like mild bipolar, seemed helpful in retrospect.3

This poll offers a glimpse into the hopes and fears of some in the mental health care community about our next President. It provided an ethically acceptable mechanism to hear our collective preferences and concerns.

Indeed, Patrick Kennedy, a consumer and a former politician, advocates for prudent appraisal of others in the Washington Post.4 I have had similar conversations with my youngest grandchildren. Using terms like “crazy” is stigmatizing to the mentally ill who need help. It is a term a grade school bully would throw around. Psychiatrists need to participate in our national discussion, not by any diagnostic assessment, but to convey psychiatric principles and to educate the public. We should talk about a candidate’s temperament, but more importantly, focus on his or her policies, as Kennedy recommends.

In some ways, our Presidential race is morphing into a referendum on mental health. Statements have been made about whether one candidate or the other is unfit to be President because of his or her mental status. The public and even some of our readership seem to be preoccupied with this issue.

People can be vehement in their points of view, seemingly antagonizing others in the process. We in mental health care should be particularly aware of how harmful words can be.

One of the last comments made as our poll closed was the question that has been voiced in many other social conflicts and challenges: Can’t we all just get along? In terms of mental health, perhaps this is the most cogent question for our candidates and the next President to answer.

It will be interesting to note in the upcoming debates how the candidates treat one another. I will look to see who treats the other with dignity and respect despite their differences-one of the sure signs of good mental health.

This article was originally posted on 8/18/16 and has since been updated.

Dr. Moffic is an editorial board member of and regular contributor to Psychiatric Times. Before retirement, he was a Tenured Professor at the Medical College of Wisconsin in Milwaukee, WI. You can read his unabridged blog-and readers’ comments-at www.psychiatrictimes.com/blog.