A recent Senate hearing on conflicts of interest (COIs) in medical education and research revealed that the tri-committee health care reform bill requires public disclosure of pharmaceutical company payments to several health entities, that the removal of industry-sponsored symposia by the American Psychiatric Association (APA) cost it $1.5 million in revenues, and that the Accreditation Council for Continuing Medical Education (ACCME) is expanding its requirements and enforcement actions. 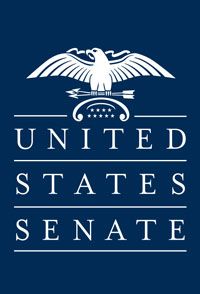 A recent Senate hearing on conflicts of interest (COIs) in medical education and research revealed that the tri-committee health care reform bill requires public disclosure of pharmaceutical company payments to several health entities, that the removal of industry-sponsored symposia by the American Psychiatric Association (APA) cost it $1.5 million in revenues, and that the Accreditation Council for Continuing Medical Education (ACCME) is expanding its requirements and enforcement actions.

Section 1128H of HR 3200, Kohl explained, affects more than physicians and physician group practices. It requires disclosure of financial relationships between manufacturers and distributors of covered drugs, devices, biologicals, and medical supplies and other such health entities as medical schools, sponsors of CME programs, patient-advocacy or disease-specific groups, organizations of health care professionals, biomedical researchers, pharmacists, and hospitals. The secretary of the US Department of Health and Human Services (HHS) is charged with making that financial information available to the public via an Internet Web site by 2011. Kohl also expressed the hope that the Senate Finance Committee’s health care reform proposal will incorporate §301’s provisions.

During the COI hearing, the Senate committee on aging received oral and written statements from witnesses, including James Scully Jr, MD, APA’s medical director and CEO; Murray Kopelow, MD, chief executive of the ACCME; Lewis Morris, chief counsel to the Office of Inspector General (OIG), HHS; Steven Nissen, MD, chairman of cardiovascular medicine at the Cleveland Clinic; and Thomas Stossel, MD, director of the Translational Medicine Division at Brigham & Women’s Hospital and a leader of the newly formed Association of Clinical Researchers and Educators, which advocates the advancement of patient care through productive collaboration with industry and its counterparts.

The Pharmaceutical Research and Manufacturers of America; Merck & Co, Inc; and Daniel Carlat, MD, associate clinical professor of psychiatry at Tufts University School of Medicine and creator of the “Carlat Psychiatry Blog” were among individuals and organizations submitting written testimony. A webcast of the hearing is available on the committee’s Web site: http://www.aging.senate.gov.

At the hearing, Kohl queried the panelists about CME’s importance for the medical profession, and Scully responded, “Professional development is critical for physicians . . . we need to do it as well as we can. We have been acculturated to free CME and having a good meal, and that’s going to change.”

As part of that change, Scully said, the APA may be the first professional medical group to end industry-sponsored symposia (ISS). In 2008, the APA’s scientific meetings included 28 ISS of 549 educational programs. That number dropped to 11 this year.

The cost of eliminating ISS is high. Scully said the phase-out of industry-sponsored symposia will result in a $1.5 million revenue drop for the association. “In the long run, we believe that the elimination of even the perception of possible undue influence and maintaining and regaining of public trust is well worth the cost.”

According to Morris, the current environment tolerates industry sponsors’ preferential funding of programs that serve their business needs. He cited the example of how manufacturers publicize general topics they are willing to fund and invite CME providers to submit grant applications that propose programs in topic areas or disease states. Aware of the therapeutic areas and product lines of the potential industry sponsor, CME providers often design their applications accordingly.

The ACCME’s role in mitigating commercial bias is limited, Morris said, because it does not preapprove CME content and does not routinely monitor CME programs. “The surest way to eliminate commercial bias in CME is to prohibit industry sponsorship,” Morris said, citing Shakespeare’s observation, “An honest tale speeds best, being plainly told.”

Morris suggested that in the interim, pharmaceutical and medical device companies separate grant-making functions from sales and marketing, establish objective criteria for making educational grants to CME providers, and eliminate any control over the speakers or content of the educational activity.

Another way to limit the influence of commercial sponsors, he said, is to create independent CME grant organizations with an independent board of experts that could accept industry donations and distribute funds to CME providers. If industry proves unwilling to fund CME under those terms, then physicians would have to pay for their own continuing education, as do lawyers, accountants, and other professionals, Morris added.

Nissen, a vocal critic on COI in medicine, told the committee that “we need a firewall between marketing and education, and right now they’re blending together.”

Kopelow countered, “the ACCME is the firewall between promotion and education.” Total revenues of CME providers are about $2 billion annually, Kopelow said, with about half paid by the learner and the rest paid by commercial interests. The ACCME directly accredits 725 providers while 47 ACCME-approved state-based medical societies accredit another 1600 providers. An estimated 15% of the CME providers receive 80% of the commercial support, Kopelow said, and 20% of the providers accept no commercial support.

According to tables and charts in Kopelow’s prepared testimony, publishing/education companies that provide CME received $463.4 million in commercial support during 2008, the highest amount. Schools of medicine followed with $225.7 million in commer-cial support for CME.

Kopelow told the committee that the ACCME has taken steps to enhance its requirements concerning independence from commercial interests and has enhanced enforcement of these requirements. These steps include:

• New policy that excludes accreditation to organizations that market, resell, or distribute health care products or services used by or on patients

• Ten percent of providers who seek reaccreditation would be placed on probation, up from 1% in previous years

• Development of a Web-based portal for collecting and analyzing up-to-date, comprehensive data from CME providers across the country about their organizations, educational activities, and program financing (this system is currently in the beta testing phase)

• Beginning in August 2009, public disclosure about CME providers, including their accreditation status and whether they accept commercial support on the ACCME’s Web site http://www.accme.org

Taking a contrasting approach to the CME controversy was Stossel, “I see CME as pretty darn effective as it is currently constituted,” he said in response to a question from Kohl. In his prepared testimony, Stossel expressed concern about the effect “of waves of regulatory action” on medical research. “Almost every reason put forward for how conflict of interest supposedly compromises medical research, especially that it promotes research misconduct, is, when subjected to factual analysis, untrue,” he said.

“The expansion of medical product development created opportunities for physicians to participate in clinical trials testing product efficacy and safety. Because of their proximity to daily patient care, the physicians involved were in the best position to advise companies developing the products as they navigated the risks and unknowns inherent in complex biology,” Stossel said. “The same physicians were also well suited to familiarizing practicing physicians with new products as they emerged on the market.”