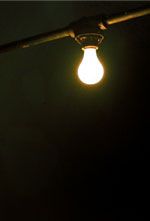 Psychache (s?k-?k), a neologism coined by suicidologist Edwin Shneidman,1 is unbearable psychological pain-hurt, anguish, soreness, and aching. Shneidman theorized that unresolved psychache results in suicidal behavior. In almost every case of suicide, psychache is the cause. Psychache stems from thwarted or distorted psychological needs . . . every suicidal act reflects some specific unfulfilled psychological need.1

The particular frustrated need leading to the nuclear problem varies from person to person, as does the threshold for enduring psychological pain. Freud’s brilliant student Victor Tausk yearned for recognition from his mentor, but Freud was not generous in his praise.2 Tausk shot himself, with a noose around his neck. Robert Schumann’s psychache stemmed from loss-when he was 16, his father died and his sister committed suicide in quick succession-yet many people experience the loss of an important relationship and do not attempt suicide.3

From Shneidman’s perspective, suicide is best understood as moving toward the complete stopping of one’s consciousness and unendurable pain, especially when cessation is seen by the suffering person as the solution-indeed the perfect solution-of life’s painful and pressing problems. “Pain is the core of suicide. Suicide is an exclusively human response to extreme psychological pain.”1

The way to properly understand psychache is through the words of the suicidal individuals and not through a clinical diagnosis such as major depression. The words convey the source of the frustrated need and the degree of perturbation. Applying Henry A. Murray’s “need-press” theory to suicide, Shneidman maintains that suicide is virtually always triggered by the failure to fulfill some need, and the intensity (“press”) of that need determines the degree of perturbation, which, in turn, leads to lethality (Figure 1).

Shneidman’s concept of “psychache” may be integrated with Martin Heidegger’s “being-in-the-world.”4 The latter is the experience of being alive and has 3 component parts: Mitvelt: the world of interpersonal relations; Eigenvelt: the intrapsychic world; and Umvelt: the world of nature. Survival, it may be theorized, depends on an authentic dialogue in at least 1 of these worlds, without which unbearable psychache occurs.

Alienation-feelings of estrangement from some aspect of a person’s existence (nature, others, and self)-results in loneliness, emptiness, and despair and is the antithesis of Heidegger’s being-in-the-world. Awareness of the “world” from which the person feels alienated enables mental health professionals to know where the pain exists so that it can be restored and reveals what other worlds can be nurtured to facilitate survival.

Overwhelming psychache eclipses 1 or more realms of being. Betrayal is the cause of the overwhelming psychache in James Knoll’s account of a suicide in prison (which he terms the “New Asylum”).5 “Betrayal,” Knoll writes, “is more injurious than physical trauma because of its profoundly destabilizing effects. It upends all the mental schemas, guarantees, and ‘psychological contracts’ we had previously relied on to understand and respond to life.”

The prisoner who committed suicide, Nick, had been in a 12-year relationship with Cora. He apparently “took the heat” for her in a case involving fraud and was completing 7 years of a 10-year sentence when Cora called to tell him that she was breaking off their relationship-presumably because of another man. Cora’s betrayal of their marriage vows led to an eclipse of Nick’s Mitvelt. In prison, it is unusual to evolve an authentic Umvelt, and Nick’s impulsive jump from the fifth floor of his prison dormitory balcony precluded the development of a meaningful Eigenvelt. With the rejection, Nick suffered profound disconnection and alienation from nature, self, and others.

One can learn, even in the New Asylum, to read, write, think, and develop an Eigenvelt that did not previously exist-as in the case of Malcolm X (Figure 2).6

Occasionally, an authentic interpersonal dialogue occurs with the development of a Mitvelt-as was the case with Alger Hiss (Figure 3).7

The development of an Umvelt rarely occurs. However, Robert Franklin Stroud-the “Birdman of Alcatraz” (Figure 4)-reared birds from his prison cell and became an ornithologist.8

It was not the prison in Knoll’s “New Asylum” that precipitated Nick’s suicide but rather the mental jail in which he was incarcerated and from which he was unable to find a constructive use of his gifts for growth and release other than through death. Robert Stroud found the key out of his mental jail on the wings of birds.

Another cause of psychache that may lead some persons to suicide is humiliation. Jane Sofair9 writes: “There is a common thread of public humiliation as a plausible tipping point to their private sufferings, despite their outward talent and dedication.”

Both betrayal and humiliation are mortifying experiences, and they may be ranged on a continuum of shame, with pride and mortification as polar extremes.

The suicide of Tyler Clementi (Figure 5) is 1 of the 4 that Sofair discusses. Clementi was an 18-year-old college student who jumped to his death after his sexual encounter with a man in his dormitory room was video streamed over the Internet without his knowledge, by a roommate and another student. Tyler was a talented musician who played violin in his hometown high school symphony orchestra. He was so mortified by the video exposure “outing” him that even his Eigenvelt gifts as a musician were eclipsed by the loss of the Mitvelt.

Sofair’s concept of a “tipping point” is of interest because not all persons who have been betrayed or humiliated commit suicide. Suicide occurs when psychache is mortifying and eclipses 1 or more realms of being.

Deconstructing the mental jail of psychache and alienation

Prison may be considered an island of barbed wire, iron bars, and armed guards, surrounded by an ocean of time. The mental jail of psychache, although invisible, is far more confining. Its ceiling is too low for its occupant to stand tall and proud, its walls too narrow to allow easy breathing, and the cell too short to stretch out and relax.

For release from the mental jail, its bricks-betrayal and humiliation, guilt and shame, rage and anger-must be firmly grasped, stacked, and used as steps to climb. At the summit, the mental prison is seen as a palace of wisdom surrounded by a garden to cultivate. We must cultivate that which grows in our own garden in order for it to bear fruit, and invite others to share what we have planted, allowed to ripen, and picked. The Eigenvelt of planting and cultivating, the Mitvelt of sharing what we have grown, and the Umvelt of creation in a natural setting are all fulfilled. Fulfillment of being-in-the-world is the antidote to psychache.

Schumann: The Inner Voices of a Musical Genius

Knoll J. Tales from the New Asylum: the valediction.

The Autobiography of Malcolm X

The View From Alger’s Window: A Son’s Memoir

Stroud’s Digest on the Diseases of Birds