The purpose of suicide risk assessment is to identify treatable and modifiable risks and protective factors that inform the patient’s treatment and safety management requirements. 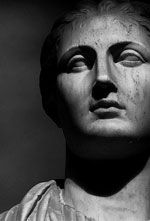 Suicide risk assessment is a gateway to patient treatment and management. It is a core competency requirement for psychiatric residents.1 It is no longer assumed that psychiatrists will somehow acquire this skill during their careers. The purpose of suicide risk assessment is to identify treatable and modifiable risks and protective factors that inform the patient’s treatment and safety management requirements. Patients at risk for suicide often confront the psychiatrist with life-threatening emergencies. Most clinicians rely on the clinical interview and certain valued questions and observations to assess suicide risk.2

Unlike general physicians, psychiatrists do not have laboratory tests and sophisticated diagnostic instruments available to assess suicidal patients. In evaluating an emergency cardiac patient, the clinician can order a number of diagnostic tests and procedures (eg, ECG, serial enzyme levels, imaging, catheterization). However, the quintessential diagnostic instrument available to psychiatrists is systematic suicide risk assessment informed by evidence-based psychiatry.

A documented, concise narrative is sufficient; however, merely checking off boxes on a risk-assessment form is insufficient. Worse than no documentation is documentation of a substandard suicide risk assessment. Documentation of suicide risk assessments facilitates continuity of care and promotes communication between staff members across changing shifts. It is easy for suicidal patients to “fall through the cracks” of a busy psychiatric unit that has rapid patient turnover of admissions and discharges.

Time constraints. William Osler, a much revered physician in his day, advised, “Care more particularly for the individual patient than for the special features of the disease.”6 Currently, mainly very sick, suicidal patients are admitted to inpatient units. The length of stay in some inpatient facilities is under 5 days. The clinician may see the patient only briefly, sometimes just for 5-minute medication checks. The goal of treatment is rapid stabilization, diminished suicide risk, and discharge.

Most suicidal inpatients are discharged at some level of suicide risk. It is usually not possible to reduce suicide risk totally, given the short duration of most hospital stays. Sudden improvement in high-risk suicidal patients is suspect.7 A comprehensive suicide risk assessment is an essential part of the discharge process.

In outpatient settings, brief, 15-minute “med checks” are commonplace. Many challenging patients at suicide risk are not admitted to inpatient facilities but are treated as outpatients. Screening for suicide risk is essential (R. I. Simon, unpublished data, 2011). Documented, systematic suicide risk assessments are a rarity. Instead, unwarranted reliance is often placed on suicide risk assessment forms that can be checked off rapidly and on patient safety contracts.

Suicide risk assessment is fundamentally a reasoned clinical judgment call.8 This may be what some clinicians refer to as a gut assessment. Intuition can provide important information, but it cannot be a substitute for a reasoned clinical judgment informed by systematic suicide risk assessment. Moreover, gut assessments tend to be predictions, ie, the patient will or will not attempt or complete suicide. It is firmly established that clinicians cannot predict “when or if” a suicide will occur.9

If a defendant clinician who is sued for negligent discharge of a suicidal patient deemed to be at low suicide risk testifies that he or she relied on a gut assessment of suicide risk, the plaintiff’s expert witness will likely explain to the court that the patient displayed a number of evidence-based risk factors that if adequately assessed would have indicated a high risk of suicide. The patient should not have been discharged from the hospital.

If the clinician uses forms for suicide risk assessment, an accompanying documented narrative is needed that explains his reasoning process. A fundamental flaw of suicide risk forms is the absence of a process of analysis and synthesis. The clinician does not identify, prioritize, and integrate risk and protective factors into an overall assessment of the patient’s suicide risk. Assessment forms, unaided by a descriptive narrative, merely create the illusion of adequacy. Also, protective factors are usually not included on the form, creating a one-sided, risk-based assessment.

“No harm” contract. Suicide prevention contracts are widely used in a variety of clinical settings. However, there is no evidence that suicide prevention contracts decrease or prevent suicide.11 The road to patient suicide is strewn with broken safety contracts. The suicidal patient who rejects a no harm contract will at least disabuse the clinician of a false sense of safety.

Systematic assessment also gathers essential information or reveals a lack thereof. Risk factor omissions may include, for example, a history of child abuse, a family history of mental illness or suicide, guns at home, melancholic features of major depression, and perceived burdensomeness.12 As noted above, protective factors are frequently overlooked in clinical assessments and suicide risk assessment forms. Focusing only on risk ensures incomplete, flawed assessments.

Most clinicians rely on general suicide risk factors derived from community-based psychological autopsy studies as well as cohort and case-control studies.13 Important omissions occur when individual risk and protective factors are not assessed along with general risk factors. Identifying and assessing individual risk and protective factors requires spending time with the patient. Suicidal patients often display unique, “signature” prodromal risk factors. Knowledge of the progression of suicide risk informs the clinician’s interventions. For example, a stuttering schizophrenic patient spoke clearly when she became suicidal, enabling the clinician to make sound judgments about hospitalization and discharge. Significant others often provide information about the patient’s suicide risk prodrome. A review of prior hospitalization records can also be informative.

During recurrent episodes of illness, the patient’s prodromal patterns can change. Suicide risk and protective factors vary over time and circumstances. A systematic review of 1397 suicide attempters revealed that 82% used at least 2 different methods during suicide attempts.14 While a suicide rehearsal is an indicator of high risk, the method of suicide attempt can change, although the patient’s suicide intent remains unchanged.

No pathognomonic risk factor predicts suicidal behavior. A single suicide risk factor does not have adequate statistical power on which to base an assessment.15 Moreover, no risk factors can predict suicide in the short term (eg, minutes, hours, days, weeks, months). A 10-year cohort study of individuals with major affective disorders found risk factors predictive of suicide within 1 year of evaluation.16 Although this is an important finding, the clinician cannot identify specifically when or if the patient will attempt suicide during the 1-year period. “Imminent” suicide, a non-clinical term used frequently, is a predictive illusion.17 Can the clinician state what the time parameters are for predicting “imminent” suicidal behavior?

The process of suicide risk assessment encompasses identification, analysis, and synthesis of risk and protective factors that inform treatment and safety management of the patient. Overall suicide risk is determined along a continuum of low, moderate, and high. It becomes readily apparent why “No SI, No HI, CFS” is grossly deficient.

If the suicide assessment methodology is faulty, the patient’s treatment and safety management will be adversely affected. Given the high stakes, getting the suicide risk assessment right is of critical importance.

Articles in this issue
How We Age: A Doctor’s Journey Into the Heart of Growing Old
The Medication Check as Psychotherapeutic Opportunity
Hippocrates Under Contract
Dangerous New Treatment Guidelines for ADHD Unveiled
Children and Pets: A Winning Combination
Witness to an Extreme Century: A Memoir
Improving Suicide Risk Assessment
A Tribute to Max Fink, MD
A New Report on Pain in America: Like Déjà Vu All Over Again
The Tree of Life
If You Were a Cookie, What Kind Would You Be?
Medicaid Demonstration Aims to Reduce “Psychiatric Boarding”
You Say “Yes,” I Say “No,” You Say “Goodbye,” and I Say “Hello”
Psychiatric Issues for Patients With Renal Disease
Functional GI Disorders and Psychiatry
Related Videos
Related Content