POINT: The Case for Gun Control

Unfortunately, brilliant psychiatrists continue to put on display their ignorance of the Second Amendment and its history. 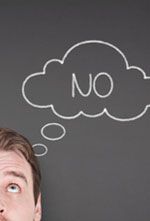 Unfortunately, brilliant psychiatrists continue to put on display their ignorance of the Second Amendment and its history. The Second Amendment is not about hunting or even defending your home from armed intruders, although that is certainly a fringe benefit. The founders of this great nation came here to escape tyranny and religious persecution. So, not surprisingly, the First Amendment to the Constitution is about religious freedom and the Second Amendment, about the defense against tyranny.

Between 50 million and 100 million people were killed in the 20th century after being disarmed by their own governments in the name of gun control, the most famous being Germany. Germany was the most educated and technically advanced country in the world at the time and yet murdered 20 million of its own people after disarming them less than 70 years previously.

Today people are being murdered all over the globe, people who have no ability to fight back. As far-fetched as it may seem to some, it can happen here because we are neither more moral nor more civilized than the Germans in the 1940s. People in government are people, and not automatically more trustworthy than your neighbor. The best way to stop tragedies like the one in Colorado is an armed citizenry, because the only thing that will stop a bad man with a gun is a good man with a gun. Not coincidentally, all mass shootings in this country have occurred in “gun-free zones.”

Ronald Pies, whom I greatly respect, asked attorney Joshua Horwitz to respond to my comments on the history of the Second Amendment. Why ask a member of a well-known left wing advocacy group, the Coalition to Stop Gun Violence, whose mission is to advance victim disarmament laws? I haven’t heard much from this group regarding the “Fast and Furious” operation in which government guns killed innocent people. How about a commentary from a respected researcher, such as David Kopel, Gary Kleck, or John Lott?

We can trade statistics all day. Often, the murder rates in the US that are gun-related are compared with gun-related murder rates in other countries. This is misleading, since the overall murder rate is often much higher in the foreign country but other means are used besides guns. Also, most of the violent crime in the US is related to the drug trade and won’t be affected by new laws. The reality that can’t be ignored is that the murder rate is declining in the US despite record numbers of people who buy guns. John Lott’s More Guns, Less Crime: Understanding Crime and Gun Control Laws provides data from the US and many other countries. These data show an inverse relationship between gun ownership and violent crime. It is safer to live where law abiding citizens are armed. How is that working in Chicago, which has the strictest gun laws in the nation and a higher murder rate than Afghanistan?

Another purpose of the Second Amendment is to allow protection not just against isolated intruders, which happens thousands of times a year, but also against mobs during times of societal breakdown. The only shop owners who saved their businesses during the LA street riots in the 1960s were armed with AR-15 semi-automatic assault rifles. People who were armed after Hurricane Katrina were surprisingly not looted or mugged.

How can we know with absolute certainty that there will never be a terrorist attack on US soil causing social unrest, another natural disas-ter such as a major earthquake, or Greece-like riots in response to an economic disaster? When it is up to me to protect my family-and I’ll need adequate fire power to do so-I have an absolute God given right to that.That right is not a gift from government.

Dr Thomas Sowell summed it up this way, “There are no solutions, only painful trade-offs.” If ordinary people have guns, some of them will be misused, such as in the massacre in Colorado. Since guns exist, a gun-free society is impossible. If ordinary people are disbarred firearm ownership, then only criminals and people in government will have guns. Are we safer with an armed citizenry or disarmed victims? I know where the data fall.

This argument almost always breaks down along political lines. There are people who think we should all be dependent on government, from health care to day care to protecting us from each other. The hard truth is, protecting yourself and your family is your responsibility. The government will not be there when you most need it.

[For the "Counterpoint" to this debate, please click here]