The ability to diagnose pedophilia is key to preventing child sexual abuse: it makes possible accurate risk assessment and informed decisions regarding who is safe to work with children-and who is not. 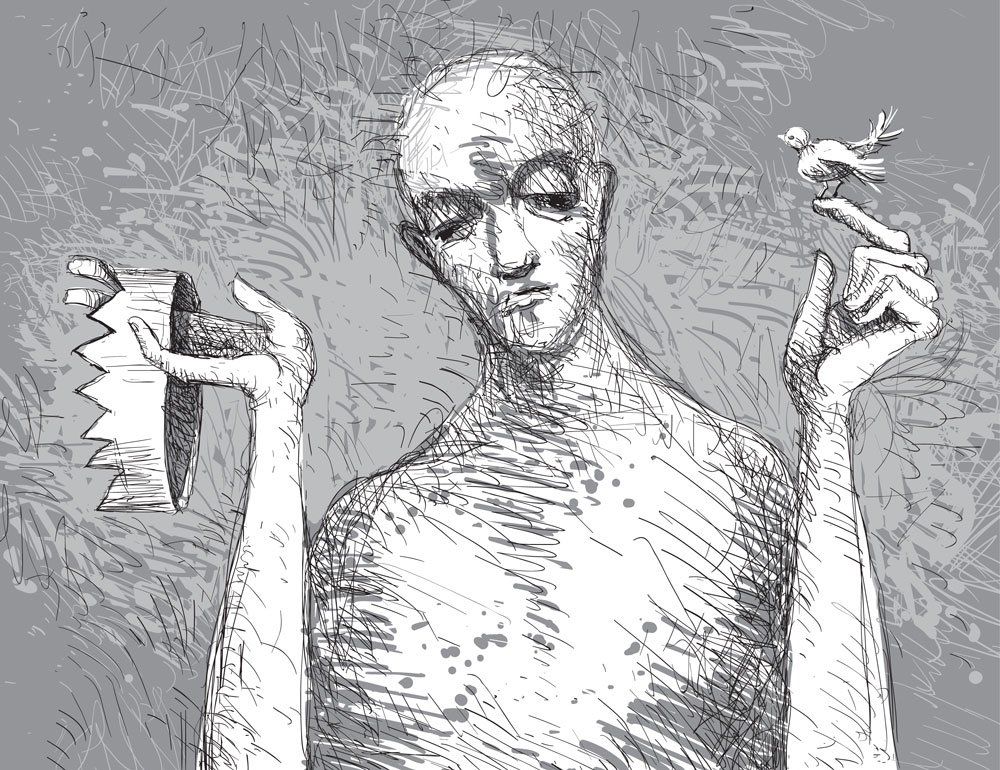 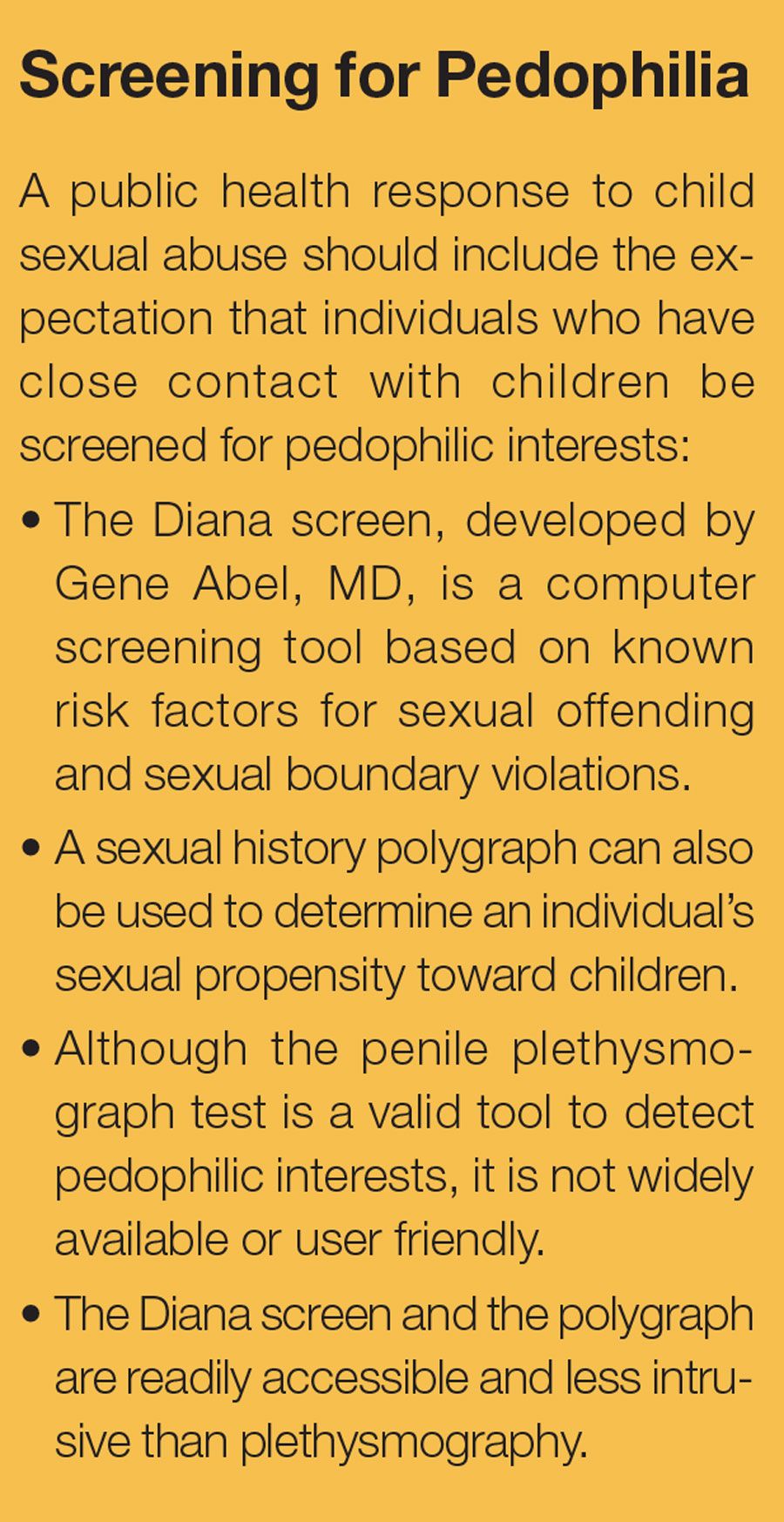 This line from the film Spotlight emphasizes the sad fact that when something horrible happens, most people don’t want to know about it. And-as psychiatrists-we know too well that those closest to the victim can “turn a blind eye.”

The 2016 Oscar winner for Best Picture does an excellent job of portraying the brave and thorough work of the Boston Globe’s investigative journalism team known as “Spotlight.” The Globe would later go on to win the 2003 Pulitzer Prize for the exposÃ© that was the result of the investigation dramatized in this film.

Sometimes silence is loud. The film sheds light on the important issue of sexual abuse and illustrates the most damaging part of abuse-the failure of those who were supposed to protect the victim.

Our experience living and training in Boston made Spotlight particularly disturbing to watch. We have savored the hot dogs at Fenway Park. We recognized the South End Buttery. We know the steeples rising amidst the rundown triple-deckers. How could its inhabitants have been blind to such a devastating problem for so long?

As a psychiatrist who specializes in paraphilic disorders in the Boston area and as a student of Ed Messner, MD-a psychiatrist whose patient was the notorious Father Geoghan, who sexually abused children while assigned to various parishes in the Boston Archdiocese-I (Dr. Sorrentino) was heartened to see the attention Spotlight brought to the subject of child sexual abuse. The CDC estimates that approximately 1 in 6 boys and 1 in 4 girls are sexually abused before age 18.1 Estimated average lifetime expenses per victim of child abuse are $210,012, costing the US billions annually.2 However, the financial expense of child sexual abuse is secondary to the emotional trauma and psychological damage to both the victim and society at large.

Public awareness of and concern about childhood sexual abuse have advanced scientific knowledge in this field. Sexual abuse research has identified both typologies of offenders and risk factors associated with sexual offender recidivism. About 90% of child victims of sexual abuse know their abuser.3[PDF] Offenders in positions of authority and to whom children are entrusted, use the relationship to groom and gain access to the victim, as the film depicts.

Spotlight follows the investigative team as it does the painstaking work of uncovering a network of abusive priests, the children they abused, and the system that concealed the abuses. There are 4 team members: Walter “Robby” Robinson (Michael Keaton), Michael Rezendes (Mark Ruffalo), Sacha Pfeiffer (Rachel McAdams), and Matty Carroll (Brian d’Arcy James).

The film is set in 2001, when the Globe hires a new editor, Marty Baron (Liev Schreiber). Baron asks the Globe staff whether they had followed up on a story they had published about a priest charged with sexually abusing children. No one can explain why there had been no follow-up, and the reporters are clearly uncomfortable when Baron suggests that they do so. This discomfort can be explained by the ties that each journalist has to the Catholic Church. It takes Baron, an outsider from Miami, “an unmarried man of the Jewish faith who hates baseball,” to open their eyes to the horrifying truth. [See: "Timeline" in Boston Globe]

The Spotlight team learns how the priests groom and target the most vulnerable: boys, who are thought to be less likely than girls to “talk,” and children from underprivileged families and broken homes. They also learn how the abuse affects the victims’ lives-frequently leading to substance use, self-injurious behavior, and even suicide. Although the team views the victimization as a huge story on its own, Marty Baron keeps pushing Spotlight to dig deeper to figure out whether it is just “a few bad apples” or whether the problem is systemic.

As the team discovers the extent of the problem, they wrestle with their own faith. Pfeiffer becomes uncomfortable attending Sunday Mass with her grandmother. Rezendes makes the agonizing realization that he will never return to the Church. Yet the team members are surprised to learn that the psychiatrist, Richard Sipe, who has spent 30 years studying abusive priests, still considers himself Catholic. He explains, “My faith is eternal. I try to separate the two.”

The characters are complicated and believable. Few are simply “good” or “bad.” We learn that some Church insiders tried to address the issue years ago, whereas some of those currently working to uncover the truth failed to take action when they had the opportunity.

We appreciated the transparency of the film; any effort to glamorize the issue of sexual abuse would have been inappropriate. Much of the movie takes place in dingy, poorly lit basements, complete with disorderly stacks of papers, scuffed desks, and even the occasional dead rat. The viewer feels as if he or she were right there, slogging away with the tireless reporters as they discuss the daunting project over leftover pizza.

The few scenes filmed in posh environments-the Catholic Charities Gala, the golf range-all feature Church insiders. In one scene, we flash between a beautifully decorated Church, where children are singing “Silent Night,” and a variety of dreary workspaces where reporters are putting final touches on their work. This contrast exemplifies the privilege awarded the Church up until that time. However, even in the church scene, we see Rezendes standing in the back, clearly worrying about the safety of the children.

In one of the final scenes, Rezendes hand-delivers a copy of the Globe article to lawyer Mitchell Garabedian (Stanley Tucci). As Rezendes leaves the office, he sees 2 small children playing in the waiting room. Garabedian explains that both of them had been abused by a priest 2 weeks earlier. This clearly makes the point that although the Globe’s work is a good first step, there is still much more to be done. What can psychiatrists do to get the conversation going?

The ability to diagnose pedophilia is key to preventing child sexual abuse (Box): it makes possible accurate risk assessment and informed decisions regarding who is safe to work with children-and who is not.

Spotlight has raised the public consciousness about child sexual abuse. But we as a society need to move from awareness to prevention, lest we become as guilty as those upon whom we cast guilt.

This article was originally posted on 4/13/2016 and has since been updated. 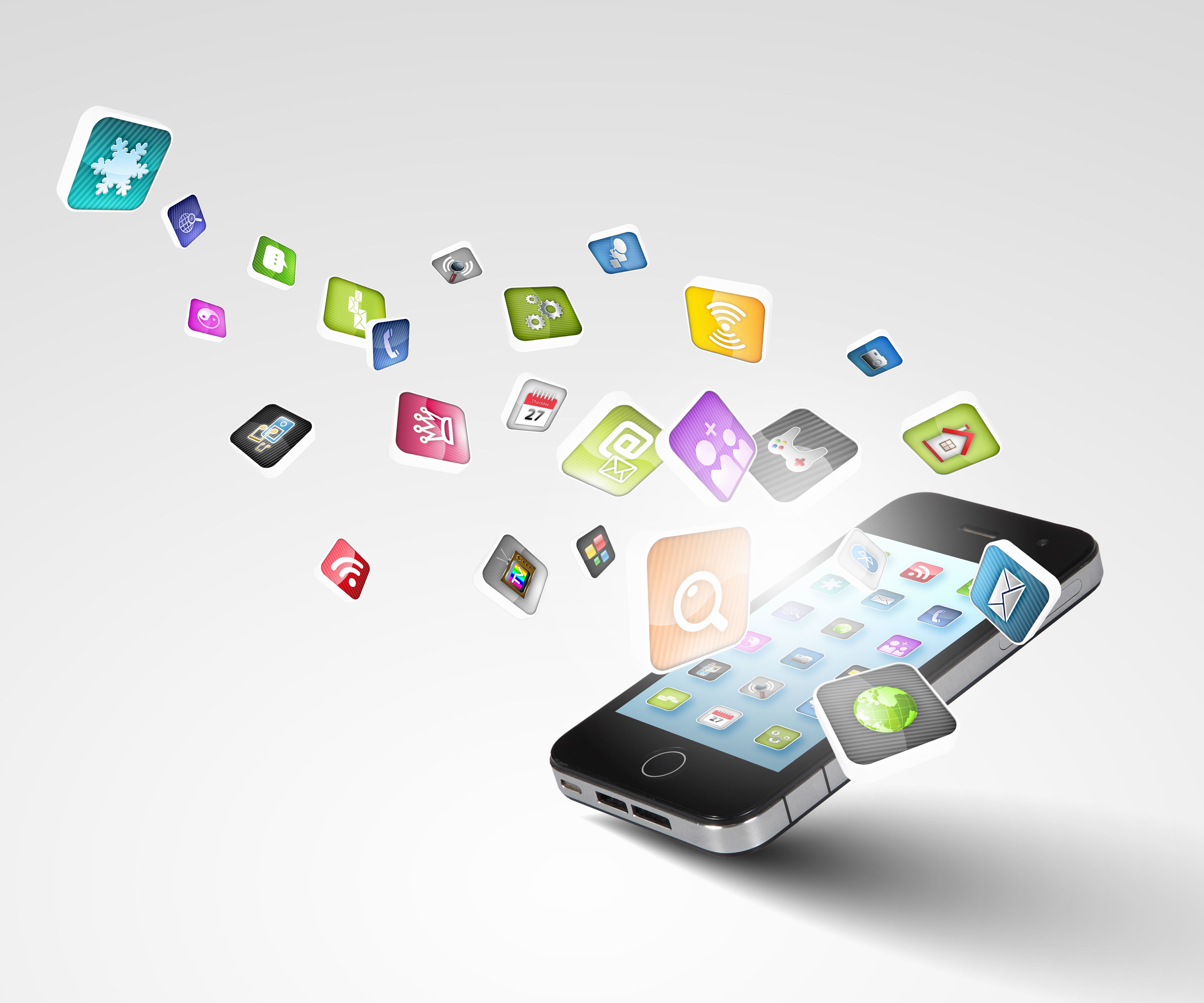