The collective awareness of this devastating neurodegenerative disease will likely result in intensifying efforts to improve our understanding of disease pathology as well as exploring potentially a promising therapeutic regimen. 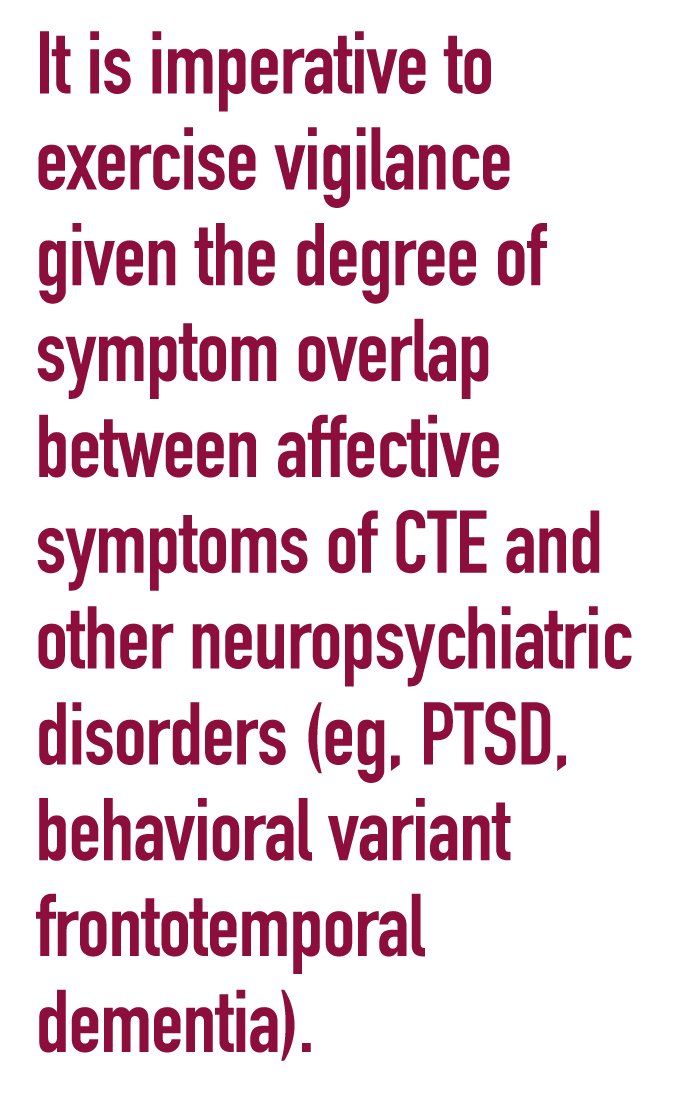 Chronic traumatic encephalopathy (CTE) occurs as a result of repetitive mild traumatic brain injury (TBI) with a progressive neurodegenerative pathology. CTE was first identified as “punch drunk” syndrome by Martland in 1928, who reported severe neuropsychiatric symptoms in a group of boxers.1

The disease process involves accumulation of phosphorylated tau (p-tau) in the sulci and peri-vascular region, with accompanying gliosis. CTE neuropathological progression is described in four stages. In stage I, there are few loci of p-tau in the sulci of lateral frontal cortices. The advancement of the disease involves areas of the brain including the temporal and parietal lobes as well as the insula. By stage 4, there is global spread of p-tau, as well as phosphorylated 43 kDa TAR DNA binding protein (TDP-43).

Although there is no consensus on the clinical characteristics of CTE, McKee and colleagues2 proposed a set of clinical symptoms corresponding to each of four neuropathological stages.

Stage 1. A typical CTE patient is either clinically asymptomatic or may complain of mild short-term memory deficits, or depressive symptoms. Mild aggressive symptoms have also been reported.

Stage 4. Patients have profound language deficits, psychotic symptoms such as paranoia as well as motor deficits and parkinsonism.

Further attempts at clinical classification of CTE patients were made by Stern and colleagues.3 The researchers looked at 36 male patients with pathologically confirmed CTE, who did not have any comorbid neurodegenerative diseases; histories were provided by next of kin informants retrospectively. There were two distinct emergent clinical subgroups: the younger group initially presented with behavioral/mood symptoms, while the older group presented with mainly cognitive symptoms. Cognitive deficits eventually developed in the younger group, whereas there were significantly less mood and behavioral symptoms in the older group as time went by. Furthermore, the younger group of patients were significantly more physically violent and behaviorally disinhibited. It is important to note that approximately one-quarter of these patients did not have memory symptoms. However, as the researchers noted, these two clinical subtypes may not be representative of the wider spectrum of all CTE patients.

In a more extensive study, Mez and colleagues4 examined 202 American football players; 177 of these players had a confirmed CTE diagnosis. The mean age at the time of death was 67 years; the mean number of years of playing football was 15.1. Study subjects were divided into mild and severe neuropathology groups. The vast majority from both groups suffered from behavioral and mood symptoms, as retrospectively reported by next of kin (96% from the mild CTE subgroup vs 89% from severe CTE subgroup). Similarly, most of the patients in both groups had cognitive symptoms (85% in the mild subgroup vs 95% in the severe subgroup). Moreover, 33% of patients in the first group displayed signs of dementia compared with 85% of the second group who had signs of dementia.

Findings suggest an association between cumulative repetitive head impacts and the development of neuropsychiatric symptoms including depression, behavioral dysregulation, executive functioning deficits, and cognitive impairment in adulthood.5 The age at the time of exposure to repetitive head impacts is another distinct risk factor for development of neurocognitive deficits in later adulthood.

Although there are no treatments for CTE, preclinical studies provide a promising avenue for studying the mechanism of CTE pathogenesis as well as exploring possible treatment regimens under controlled laboratory conditions. The exact mechanism by which repetitive head impacts lead to CTE remains to be fully described, but one proposed mechanism is immunoexcitotoxicity, during which brain trauma leads to activation of microglia, the brain’s inflammatory agents. After the initial priming, repetitive head impacts lead to pathologic conversion of these cells from a non-destructive phenotype to a destructive one.6,7

The development of new neuroimaging techniques such as diffusion weighted magnetic resonance imaging (MRI), as well as positron emission tomography (PET) using tau ligands are promising new modalities of diagnosis and detecting neuronal injury due to TBI.8 Other developments include biomarkers, such as phosphorylated tau (p-tau) and total tau (t-tau).9 One distinct advantage of the reported biomarkers was that they showed a significant elevation of p-tau and p-tau/t-tau ratio in patients with chronic TBI. Other potential biomarkers are glial fibrillary acidic protein (GFAP) and neurofilament light protein (NFL), which have been reported to be elevated in both acute and chronic phase post TBI.10

Since most patients with mild TBI are typically not assessed acutely in a clinical setting, these assays could offer significant diagnostic advantages. This is especially applicable to football players, who suffer multiple concussive and subconcussive hits during their playing season. These markers could be used to gauge the ability of athletes to resume play after an injury.

Although CTE’s clinical diagnostic criterion is undergoing further revisions, there is an increasing understanding of the clinical progression of the disease. Patients with CTE are typically in their 4th or 5th decade of life and can present with new-onset mood or anxiety symptoms, which typically later involve memory and cognitive deficits. The patient’s history is of paramount importance, since a typical patient would have suffered multiple prior concussive and subconcussive hits occurring in a variety of different settings including playing sports or in a combat setting.

Bob is a 59-year-old with a history of multiple concussions who has been having a series of neurocognitive symptoms for the past several years. He describes himself as an ex-football player, who played in high school and college, and had more than 20 concussions. He lost consciousness a few times for unknown durations.

Significant memory and cognitive issues developed about 4 years ago. He experienced symptoms of depression and began to drink excessively to cope with work-related frustrations. His wife reports that there were a few episodes of noticeable behavioral changes, including unusual emotional reactivity in certain everyday situations, such as a simple family-related discussion. She started to notice that Bob was having difficulties following instructions, and retaining details from conversations.

Bob continues to drive on a regular basis, although he has had an episode of not being able to navigate. Bob’s wife has taken over the family finances. She describes her husband as previously being a sociable person but now avoids public settings.

In addition, according to his wife, Bob has become overly passive in certain situations. He had been a heavy drinker but stopped drinking about 8 months earlier and has remained sober. He manages his basic activity of daily living without difficulties, but at times he forgets to complete various routine tasks and needs reminders.

Bob’s medical history includes hypertension and depression, for which he takes 60-mg duloxetine daily. The overall results of his laboratory tests are normal although his gait is cautious and slow with mild shuffling, and he walks with a cane. His score on the Montreal Cognitive Assessment (MOCA) is 13/30 (normal score ≥26/30). Bob has significant deficits in free recall, executive functioning, attention, and abstraction.

Bob is well-groomed and dressed appropriately. His mood is euthymic, and his affect is reactive and congruent to his mood. His thought process is mostly linear, coherent, and goal-directed. He denies any suicidal/homicidal ideations/intents/plans and does not endorse any auditory or visual hallucinations. His insight and judgment are limited to fair. 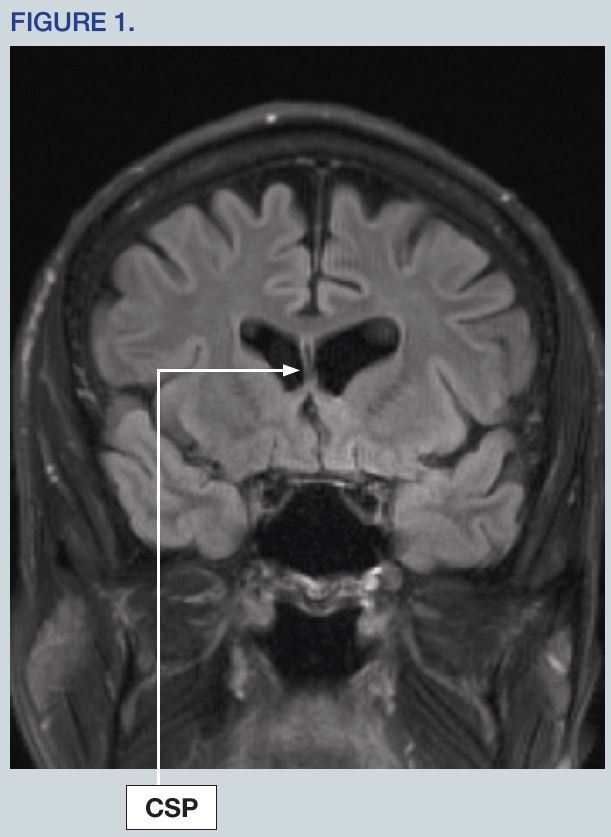 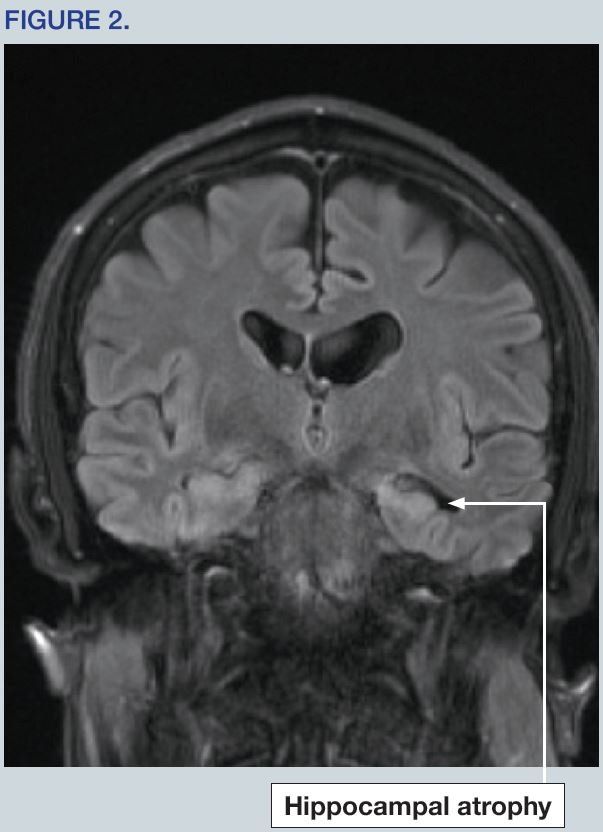 Based on the nature and popularity of contact sports and the intrinsic component of head collisions, prevention of head trauma poses a paramount challenge and requires a paradigm shift. Education of athletes on safe techniques, such as safe tackling, could offer significant potential benefits.

Cultural changes must include the creation of a “stigma free” environment, in which athletes are encouraged to responsibly report symptoms to coaches, referees, and team physicians. This in turn would create opportunities for timely assessment, diagnosis, and symptom-based treatment. It is imperative for team physicians to intervene in cases in which athletes are prematurely encouraged to return to play in spite of persistent neurocognitive deficits. Such athletes are especially vulnerable to repetitive head impacts and new onset chronic neuropsychiatric symptoms.

CTE is increasingly entering the public discourse via mass media. The increasing number of younger retired athletes with CTE is especially alarming. Another population that is especially vulnerable to CTE are war veterans. There is a great deal of complexity regarding the possible etiology of CTE in this population. The rate of mild (m)TBI is exceedingly high, and it is highly comorbid with PTSD. Moreover, multiple mTBIs can increase the risk for PTSD progression adding to the complexity of their clinical interaction.

Omalu and colleagues11 reported a case of an Iraqi war veteran with a history of PTSD but no history TBI, whose brain showed characteristic signs of CTE upon postmortem neuropathological examination. However, it is unclear whether PTSD alone is an independent risk factor for CTE development.

As the CTE clinical characterization continues to evolve, it is imperative to exercise vigilance. This is exceedingly important given the degree of symptom overlap between affective symptoms of CTE and other neuropsychiatric disorders such as PTSD or behavioral variant frontotemporal dementia. A thorough assessment must consist of a comprehensive history, a detailed neuropsychiatric assessment including a full neurological exam, as well as detailed diagnostic neuroimaging such as a brain MRI or PET CT scan using pertinent ligands such as tau ligands, if available.

The collective awareness of this devastating neurodegenerative disease will likely result in intensifying efforts to improve our understanding of disease pathology as well as exploring potentially a promising therapeutic regimen.

Dr Fesharaki-Zadeh is Instructor of Psychiatry and Neurology, Boyer Center of Molecular Medicine, Yale University, New Haven, CT. He reports no conflicts of interest concerning the subject matter of this article.