Smart phones have the potential to be either a useful and highly constructive asset or a destructive and harmful diversion from life. 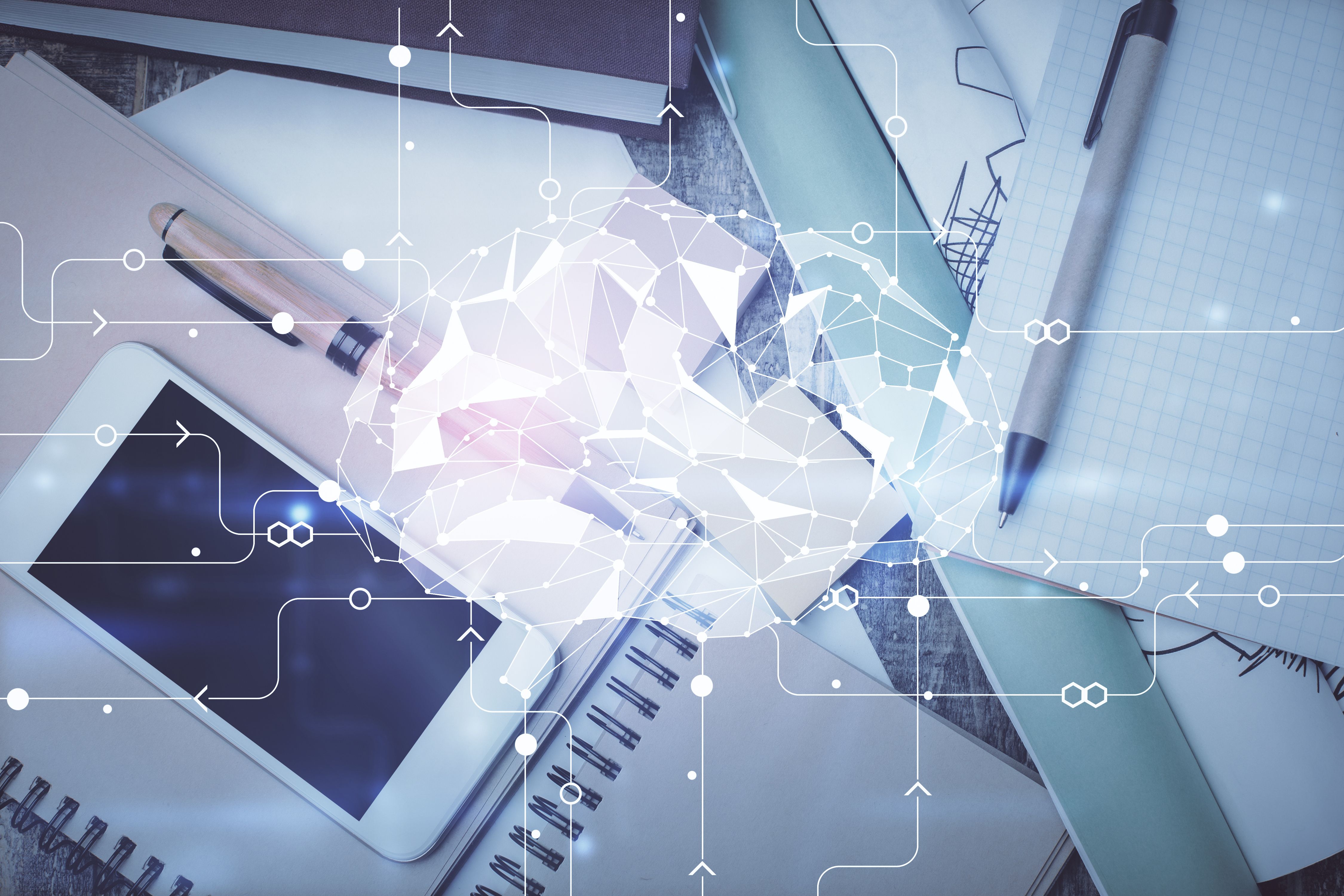 One of my favorite quotes from philosopher Jiddu Krishnamurti is, “Consciousness is its content.” It makes perfect sense. After reading a book, watching a movie, traveling to Italy, visiting with family over the holidays, finishing a grueling day at work, or surviving a traumatic experience, our mind retains the memories of these experiences in varying regions of our brain. If we ensure a good night’s sleep, the memories of the previous day will be stored for long-term recall in various brain structures during the night by our hippocampus, along with neuronal connections that will allow us to reconstruct all these memory fragments to recreate the experience.

Most of us have experienced recalling a memory that, in retrospect, was connected to a sensation in the present that is associated with an experience from the past. Whenever I smell pine needles, for instance, I think of my grandmother. She spent her final years in a boarding house called the Greycroft Inn in Beverly, Massachusetts. My grandmother had an ornamental pillow in her room from the White Mountains in New Hampshire that was full of pine needles, and the odor of pine filled her room. Throughout life, when I smell the scent of pine, a memory of my visiting her in her room as a child flashes through my mind.

When memories are stored for the long term, they are broken down into segments that are then encoded in brain regions specific to those segments. Hence, visual memories are stored in the visual cortex, smells in the olfactory cortex, and emotions in the amygdala. At some future time when a segment is activated, like the smell of pine needles in my grandmother’s room, an associated segment from the past that is connected to the segment in the present can appear. This is an efficient way to store complex memories, which can lead to an associative memory surfacing in the present with just the right cue.

In medical school, I was taught that the brain is hardwired at birth. During the past 30 years, neuroscience has definitively shown that this is not the case at all. As our understanding of brain development advanced, it became clear that, during the first 3 years of life, neurons in the brain prolifically form synaptic connections to be prepared for many diverse functional tasks, most of which it will never encounter. From aged 3 years onward, the circuits frequently used strengthen their connections while those serving no function are pruned away. Hence the common phrase, “Neurons that fire together, wire together.”1

We have learned that the brain, with limited space to occupy due to the confines of our skull, maximizes the use of any and all neuronal real estate. True to this quest, the brain’s neuronal connectivity during the first few years of life retains significant plasticity. One well-established example of this is the discovery that in individuals who are born blind and become proficient in reading braille, there are 2 brain-wiring changes that contrast with those born with normal vision: The region of the somatosensory cortex innervating the fingers that read braille is enlarged, and significant activity occurs in the visual cortex while reading braille. In individuals with normal vision, no activity was detected in their visual cortex when they were reading braille. This was the first demonstration that a region of the brain that was believed to be hardwired for a specific function—vision—could adapt to its environment (ie, lack of vision) and repurpose the visual cortex to process reading braille.2

Subsequent research by neuroscientists at the National Institutes of Health and UCLA demonstrated that there are 2 additional time periods when an individual’s brain undergoes extensive synaptogenesis of circuits in use and pruning/destruction of minimally utilized circuits. These opportunities to rewire the brain to maximize functioning of actively used circuits occurs between the ages of 10 and 12 years and again in the early 20s. It is somewhere between the ages of 20 and 25 years that the brain finally looks similar to that of a typical adult.3,4

Another remarkable property of our brain is its ability to rewire a section that is no longer active. Neurologist Vilayanur Subramanian Ramachandran, MD, was the first person to demonstrate that following the amputation of a limb, with the subsequent silencing of all the neuronal input to the parts of the brain that had connected with this limb, this inactive area in the brain proceeds to form synapses to adjacent brain regions.5

Ramachandran reported on a patient complaining of phantom-limb sensations following the amputation of his left arm distal to the elbow resulting from a motor vehicle accident. The patient was blindfolded, and a Q-tip was brushed against various parts of the patient’s body; the location of this sensation was then recorded. All locations were accurate until Ramachandran brushed the Q-tip along the left side of the patient’s face. The patient stated, “Doctor, I feel that on my phantom hand. You’re touching my thumb.” When the lower jaw was stroked with the end of a reflex hammer, the patient reported, “I feel a sharp object moving across the pinky to the palm” of his amputated hand. A thorough exam revealed a complete map of the patient’s amputated hand on his face. Subsequent to this discovery, the patient was able to relieve an itching sensation on his phantom palm by scratching the associated part of his face to which the palm’s neurons had presumably been connected. It turns out that on the homunculus in the human somatosensory cortex, the neurons for the hand are adjacent to those for the face.

Neuroscience has provided us with an incredible understanding that there exists a time-limited opportunity to impact the wiring and connectome of our brains—up to aged 25 years. We have 3 separate and distinct time periods when our thoughts, actions, environment, nutritional status, effects of substance use, experiences, behaviors, and activities can significantly impact our brain development, resulting in enduring brain structure and function: aged 1 to 3 years, aged 10 to 12 years, and in our early 20s. Each of these periods allows a window of opportunity for the brain to significantly strengthen synaptogenesis for functions that are actively used and to prune away synapses that have been minimally utilized.

Additionally, the brain remains plastic throughout our lives, and any new behavior, especially with repetition, will induce synaptogenesis to strengthen the associated neuronal connections. This is nicely demonstrated by the phantom-limb case, as well as by a large body of literature establishing that aggressive occupational and physical therapy after a cerebral vascular accident, which includes restraint of the unaffected limb (constraint-induced movement therapy), can result in a significant improvement in functions that had been lost.6

In Malcolm Gladwell’s national bestseller Outliers,7 he articulates a common theme in individuals or groups (including Bill Gates and the Beatles) who excel in a particular skill. Simply put, their ultimate accomplishments were preceded by 10,000 hours of learning and practicing that skill. If we spend 40 hours a week engaged in a particular skill for 50 weeks per year, that adds up to 2000 hours per year. After 5 years, we will have accrued 10,000 hours of experience and likely have developed a significant amount of expertise. From a neuroscience perspective, our brain spent 10,000 hours reenforcing and strengthening synapses that are involved in the development and execution of the circuitry that is the foundation of this expertise.

What does all this have to do with smart phones? As with any tool, behavior, activity, or technology, smart phones have the potential to be either a useful and highly constructive asset or a destructive and harmful diversion from life. After accruing 10,000 hours on a smart phone, our brain has certainly been impacted and rewired in a significant way. An unanswered question that causes me a great deal of curiosity and concern is: What is the impact on brain development during the first 25 years of life when a significant part of each day is spent looking into a smart phone and the resulting cognitive and emotional experiences? Just wondering…