No News Is Not Good News

As 2015 comes to an end, here's what psychiatry can -- and can't -- bring to the table, especially when it comes to acts of terrorism. 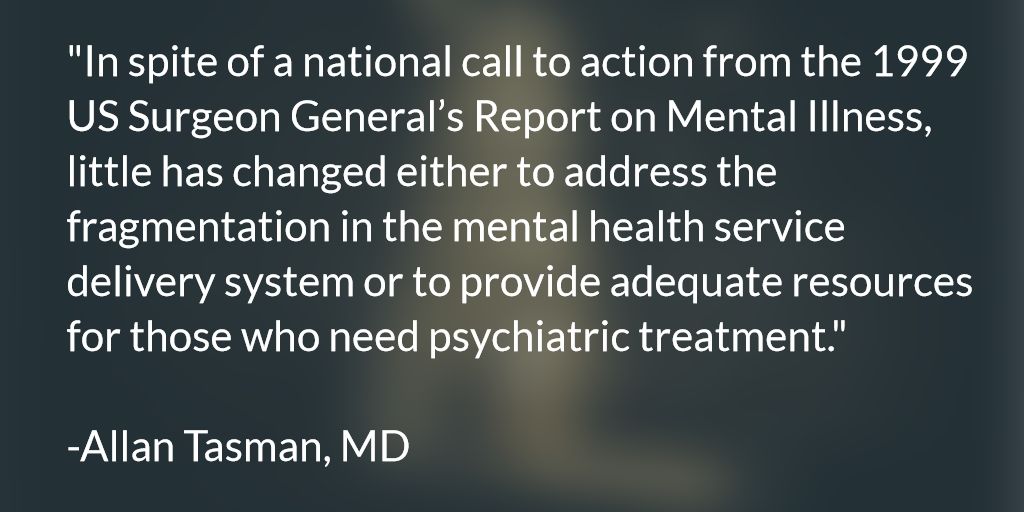 Here we are at the end of another year. It has not been a year marked by news of tremendous breakthroughs in our field. Furthermore, our ability to contribute to repairing the ruptures in our social fabric both at home and abroad is little changed. Because of our publication schedule, while you are reading this in mid to late December, I’m writing just after the multiple terrorist attacks in Paris in mid-November. I hope, therefore, you’ll excuse me for feeling less than optimistic as the year draws to a close.

As a colleague from Paris wrote to me just after the November attacks, “Those who were hurt in Paris were common people with no other characteristic (in common) than being alive and enjoying life on an exceptionally warm autumn evening in Paris. Because of that, it is true that the violence is for us all, globally, even if we were not directly hit in our flesh.” And, just as in other similar situations, I have no doubt we will be helpful to the survivors of these attacks in ameliorating the psychic wounds they suffer.

But the other message from my experience in Malta is that in spite of all our knowledge about human development and of mental processes we have made so far no noticeable contribution to preventing politically motivated acts of violence. I am confident there are thousands of people whom psychiatrists have treated over the years in ways that precluded those individuals from committing acts of violence. But these individuals we have helped came to us with a psychiatric problem, not a political one.

In preventing or at least ameliorating the kinds of societal situations that led to the Paris attacks I’m afraid we have had little to offer. And that is not surprising, since our ability to predict an act of violence from a specific individual we are treating and who is familiar to us, farther in advance than the most immediate moment, is well known to be very poor.

It is not just in the past few years that we have begun to understand the familial, social, and environmental factors that can exacerbate symptoms of disordered thinking, emotions, or behavior, and increase the risk of psychiatric disorders. The psychological impact of war and social stress has been known for centuries. But so far, we’ve made little headway in developing effective preventive tools beyond those for a specific individual or family who comes to us for treatment.

And despite the ongoing devastation from mass murders in the US, so common now that they aren’t even regularly reported prominently by national media, even the US government has done little, so far. The fact that more people, by over an order of magnitude, die of gun violence in the US in a month than died in the Paris attacks continues to be just as insoluble a social concern as preventing war or terrorism and receives, not surprisingly, much less attention than the mass murder of innocent bystanders for political purposes. More disheartening for us here in the US, we know that a substantial number of the gun deaths in our country come from suicide.

The bipartisan bills to improve the resources devoted to the delivery of care for psychiatric illnesses sponsored in the US House by Representatives Tim Murphy and Eddie Bernice Johnson and in the Senate by Senators Bill Cassidy and Chris Murphy, in the wake of some of the most horrific of these mass murder events, still fail to reach a vote.

But even these bills are a double-edged sword, not to use a terrible metaphor in this situation. I say this because we desperately need more psychiatrists and other mental health professionals and more money for care. This fall brought yet more reports about the dire shortage of psychiatrists in the US-no news to anyone who has been paying attention to the problem of access to mental health care. Furthermore, in spite of a national call to action from the 1999 US Surgeon General’s Report on Mental Illness, little has changed either to address the fragmentation in the mental health service delivery system or to provide adequate resources for those who need psychiatric treatment. The parity promised by both President Clinton’s actions and the Affordable Care Act is, as we well know, not anything near true parity at all.

Just as concerning, though, is the scapegoating of patients with psychiatric illnesses that has become an easy political tool to explain away these violent acts. We know that even though some of those who commit murder have a diagnosable psychiatric illness, those with psychiatric disorders are much more likely to be victims of violence rather than commit it. Demonizing patients with psychiatric disorders as potential murderers doesn’t help anyone, and harms everyone. And even that alarmist, though patently false, view hasn’t stirred up enough political will to do anything.

I wish I had a solution to the present global situation, but I don’t. It seems clear no one else does either. All we can do in the near future, I think, is continue to provide the best care we can to as many people as we can accommodate, to educate the public and especially political decision makers about psychiatric disorders and their optimal treatments, and to continue working for more resources for research and treatment.

I hope all of us have a new year of health and fulfillment, and, most important, of peace.

Articles in this issue
Introduction: A Demographic With a Challenging Set of Problems
Cannabis Use in Young Adults: Challenges During the Transition to Adulthood
Working Within a Campus Health Service: A Challenge With Many Rewards
Challenges of Transitioning From Pediatric to Adult-Oriented Care
Still Practicing
Cranial Electrotherapy Stimulation for Bipolar Depression: New Data
Physician Health and Professional Secrecy
Psychiatric Care of Peripartum Women
No News Is Not Good News
The Evil Hours
Update on Bipolar Disorder, Part 2: Bipolar Depression and Cyclothymic Disorder
Psychiatry’s Solid Center
Delayed Suicides of “The Forgotten Battalion”
Related Videos
Related Content