My “most important achievement to date” is that I’m capable of even the simplest forms of basic cognition. I can remember, perceive, speak, feel, think, solve, and-sometimes-pay attention. 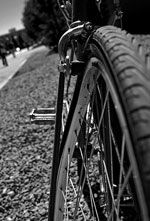 My “most important achievement to date” is that I’m capable of even the simplest forms of basic cognition. I can remember, perceive, speak, feel, think, solve, and-sometimes-pay attention. In short, I am proud that I am ordinary. However, I also possess sufficient skills of discernment to understand that these “feats” won’t impress the readers of this journal. After all, the ability to think linearly and logically should be an assumed prerequisite of any physician, rather than a distinguishing feature displayed in a published article.

To understand my enthusiasm over these ordinary traits, I should acknowledge the unfortunate fate from which I luckily escaped. In April 2008, I passed through the incredibly familiar emergency department doors-an entryway that I had accessed countless times as a medical student and resident-in a remarkably unfamiliar fashion: unconscious, on a stretcher, and escorted by 3 emergency medical technicians.

By appearances alone, the extent of my injury was unclear except for my mangled bicycle helmet. However, the bright white that engulfed my soft gray thalamus and spread radially to the surrounding white matter-clearly visible on emergent head CT scans-asserted a more grim scenario. The severity was further confirmed by clinical examination. My commonplace skills of cognition had been replaced by disorientation, confabulation, echolalia, amnesia, and a profound absence of insight.

In the ensuing weeks-with the assistance of countless supporters-I battled the effects of a traumatic injury to my own brain. I took an extended leave of absence from work. Unable to drive, work, exercise, or care for myself, I was a prisoner of my own recovery. My parents canceled their long-awaited trip to Europe. A steady stream of friends and colleagues volunteered to ensure round-the-clock surveillance of my disoriented, amnestic brain. But as my clouded sensorium steadily cleared, I was burdened with the realization of my residual deficits. Over time, my doctors eventually determined that I had surpassed an arbitrary threshold, and I was permitted to return to work.

At first, I resumed my duties while feeling the gaze of scrutinizing eyes. As those eyes eventually turned their attention elsewhere, I-for the first time since leaving medical school-wholeheartedly embraced my role as a psychiatrist. I looked with excitement on medicine’s last frontier-the brain-and the infinite list of associated “unknowns.” While my revitalized enthusiasm was undoubtedly driven by my own recent acquaintance with psychopathology, I asked questions that applied to my patients as well: What delicate interplay allowed my full recovery? Why did my own trauma resolve favorably? How? What features distinguished my favorable recovery from the recovery of those who are less fortunate? How can we prevent or reduce such unfortunate outcomes?

Feeling that these questions could not be appropriately addressed until a solid foundation of neuropsychiatric knowledge had been amassed, I adopted the long-standing mantra of medical education: see one, do one, teach one. I involved myself in teaching undergraduate, medical student-even resident-education as I never had before.

In doing so, I unwittingly discovered that my career path ultimately led to academic psychiatry. With an awareness of the overwhelmingly positive student feedback I was receiving, my chairman selected me to assume the role of course director for a year-round undergraduate class on eating disorders, which routinely enrolls more than 400 students per semester.

As a small-group leader in medical school coursework, I have the opportunity to cultivate the students’ interest in psychiatry at the early stages of their medical education. And while I have performed these tasks without the expectation of any particular recognition, I have been blessed with several awards that acknowledge the quality of my efforts.

My most immediate occupational goal is to continue to establish a position in the community of academic psychiatry. Moving beyond specific thoughts of my own recovery, I am left to humbly consider the mystery that links intricate neurochemistry with identifiable thoughts and behaviors. And while I am not arrogant enough to assume that I can solve this complex enigma, my long-term goal is to make a modest contribution to its solution. In the meantime, I’ll continue to marvel at my brain’s extraordinary resumption of ordinary function.