The Goldwater Rule: What Would Freud and Frankl Have Done?

How we respond to political issues in society is the quintessential ethical challenge mental health clinicians face today. Should psychiatrists set aside diagnosis of public figures amidst sweeping changes in the United States? 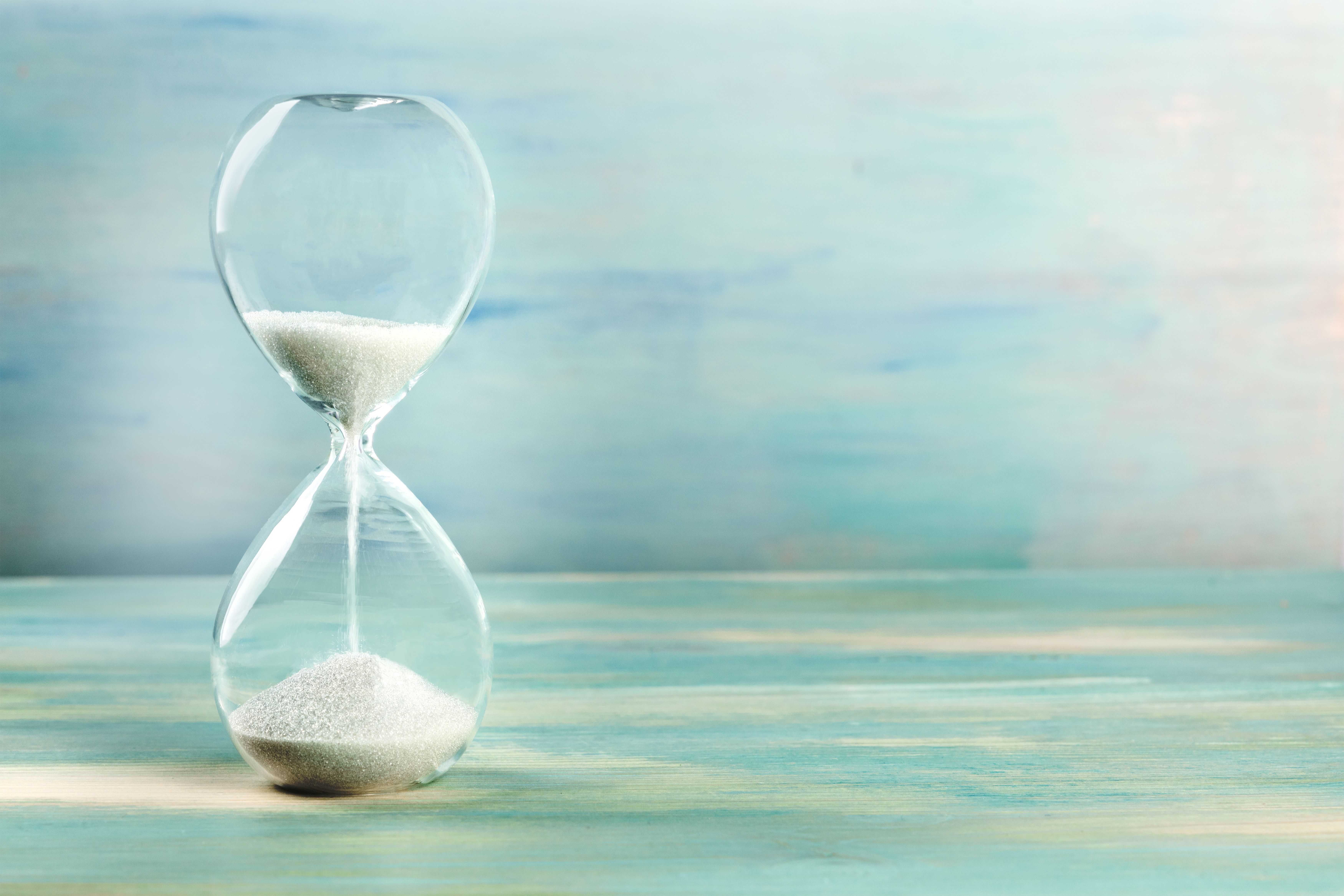 After President Trump was elected, the Goldwater Rule was reconsidered due to controversy and questions about his mental health and fitness for duty. A great variety of diagnoses were suggested by the public, as well as some mental health professionals, but few psychiatrists spoke out.

In contrast, in 1964 psychiatrists did comment effusively in a survey conducted by FACT Magazine. Criticism of Republican Presidential candidate Barry Goldwater ran from his being paranoid and a danger to starting a nuclear war to his presumed homosexuality. Unfortunately, the latter was something of psychiatric concern in that era. Goldwater sued the magazine, he won the case, and psychiatrists were publicly shamed. To avert future embarrassment and “wild analysis” (as Freud once put it), the Goldwater Rule was adapted some years later as an annotation in our principles of medical ethics for psychiatrists. Basically, the rule asserted that any psychiatric analysis of a public figure without personal evaluation and permission was unethical. As concerns over the current President’s mental health emerged, the rule was tightened and strengthened.

Recently, in speaking at two community events related to this issue, I began to wonder about how psychiatrists responded a generation before the Goldwater era. This was the time of Adolf Hitler and the Nazi party in Germany. I was particularly interested in Jewish psychiatrists, given the emerging genocidal policies developed by the Nazis. Could their historical decisions be of value to psychiatrists today?

The first psychiatrist to gain my attention was Sigmund Freud. I was asked to discuss a German movie The Tobacconist, based on the best-selling book in Germany of the same name.1 A central thread in the story revolved around Freud’s decision to leave Vienna after the Nazis annexed Austria. In retrospect, a psychiatrist must wonder about Freud’s decision not to leave earlier, especially in light of his theory of aggressive drives and death instinct. Gradually, his patient load dramatically decreased. Finally, it was his beloved daughter, Anna, who was questioned by the Gestapo, that prompted him to leave in 1938. A patient provided the necessary funds and connections so that he, his wife, and Anna could go to London. Unfortunately, his sisters could not get out and were murdered by the Nazis.

By 1939, Freud was in severe pain and near death due to terminal oral cancer. Nevertheless, he finished his last book, Moses and Monotheism, probably Freud’s strongest commentary on Anti-Semitism.2 It was a radical retelling of the Jewish Exodus from Egypt, presenting Moses as an Egyptian who fled with fellow followers of Akhenaten, the Pharaoh who believed in the first monotheist God, a sun God, but was toppled.

Shortly after the movie discussion, I re-read the psychiatrist Viktor Frankl’s perennial best-seller, Man’s Search for Meaning, a memoir about his experiences in Nazi concentration camps. He also grew up in Vienna and was younger than Freud, and reports admiring him. Freud helped Frankl get a paper published early in Frankl’s career and they apparently met periodically over the years they were both still in Vienna. Coincidentally, both psychiatrists had daughters who became child psychiatrists.

Dr Frankl had applied for a US visa, but it did not come through until 1942, even though he was able to continue working in the only Jewish hospital in Vienna at the time. He could have left then, but his parents could not. Serendipitously, his father brought home a piece of marble he found at a synagogue the Nazis had just burned down. Frankl asked his father the meaning of the gilded and inscribed Hebrew letter. It was part of the Ten Commandments, specifically the one about honoring one's parents so that their days be long. At that point, he had an epiphany-to stay with his parents and let his visa lapse. Not long after, he was sent to the first of several concentration camps. His father was with him at one of the camps where he was killed. His mother did not survive, nor his pregnant wife.

After the war, Dr Frankl did not emigrate, but he went back to live and work in Vienna for many years. There, he quickly finished writing the book he had started before the concentration camp, where his original draft was destroyed. This book was about his treatment philosophy called logotherapy. A second book was on his concentration camp experiences, where he discovered that people who found meaning in the experience tended to survive more often. Both books, as well as other commentaries, are found in the 2006 edition of Man’s Search for Meaning.3 That meaning could come from feeling of doing something important, caring for a loved one, or being particularly courageous. What gives your life meaning came to be a question I asked patients when my clinical time with them was cut down due to administrative directives, and we tried to adjust treatment to be meaningful accordingly.

Finding meaning is the basis of logotherapy, but it was never as popular as Freudian psychoanalysis and psychotherapy. Frankl joked that Freud emphasized depth therapy-that is, going deep into one’s unconscious. Logotherapy was “height therapy,” reaching for spiritual meaning. Perhaps this focus was the original basis for what became positive psychology and positive psychiatry. Interestingly, along with a focus on height, he loved to climb mountains and he even learned to fly an airplane after the war.

Freud and Frankl: The Aftermath>

The aftermath of Freud and Frankl

Freud barely made it out in time. His sisters perished. Frankl ended up in several concentration camps and his nuclear family died, but his reflections on his experience have been of immense value to millions of readers. Nevertheless, as a prelude to the Goldwater Rule, neither analyzed nor spoke publicly much, if at all, about Hitler.

If they had or did, would it have made any difference? Is their silence the right model for today?

Today, our leadership targets mostly immigrants and Hispanic minorities. Does that pose a challenge to psychiatrists of that background to speak up in some helpful way?

Silence generally supports the status quo. However, the Preamble of our ethical principles clearly lists “society” as one of secondary ethical priorities after the needs of patients.

I would suggest that if and how we respond to the political issues in society is the quintessential ethical challenge we psychiatrists face today. The risk is reflected in the recent rise in workplace burnout (with physicians at the top of the list), xenophobia, and mental health disorders and suicide. Families and loved ones are being pulled apart due to their different political beliefs. “Lock her [or him] up” is a public chant.

One possibility is to speak up as citizens, but not as psychiatrists. However, that will be a difficult distinction for the public to make if you are known as “Doc.” Any psychiatrist could decide that there is a choice to be made between two ethical goods and to choose the presumed dangers of this Presidency over the Goldwater Rule and accept whatever professional consequences that may ensue. Basically, the consequence is potentially to be barred from the American Psychiatric Association, though formally nothing more. Some resign in protest anyway. At the very least, why not speak out about the ethical dilemmas we face and then hear directly from the public about how they might like us to help or not?

The Ethics of APA's Goldwater Rule

Secret Poll: Your Preference for Our Next President?

The Results of a Psychiatric Poll on Presidential Candidates