Morally motivated decision making has been increasingly studied by the social sciences, and distinctive patterns are emerging. Most subjects begin to have serious moral reservations as their decisions come closer to directly affecting a human life. 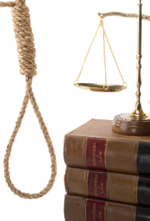 In the famous death penalty case of Payne v Tennessee, the Supreme Court disregarded 2 of its own previous holdings by finding no constitutional bar to a jury considering “victim impact” testimony at the sentencing phase of a death penalty case.3 A victim impact statement is a written or oral statement given by the victim of the crime after a guilty verdict and during the sentencing phase of a trial. Its intent is to allow those affected by the crime an opportunity to express the devastating emotional and physi-cal pain the crime has caused them.4 In crimes resulting in death, the right to speak is extended to family members.

The Payne jury heard heart-wrenching victim impact testimony from the grandmother of a surviving 3-year-old victim whose mother was killed by Pervis Tyrone Payne in the same crime. While the little boy was stabbed multiple times, the boy’s mother was killed after suffering approximately 42 stab wounds. Police described the crime scene as horrifying. After Payne was found guilty of both murder and attempted murder, the prosecutor told the jury during the capital sentencing phase that the young boy would grow up and “want to know what type of justice was done.” Payne was sentenced to death, and currently resides on Tennessee’s death row.5

When the case was heard in oral arguments before the Supreme Court, the Tennessee Attorney General emphasized that it was important for the jury to have “the full picture of the harm that was caused by the act which took the life of the victim [emphasis added].” After all, the defense had broad latitude when introducing mitigating evidence, and the prosecution must be able to counteract this with a method of assessing harm to determine the appropriate punishment. During the ascendancy of the victim’s rights movement, the Payne case allowed victim impact statements in US courts, where a majority of states now use them. Since most would agree that the decision before a capital jury is a profoundly moral one, it may be interesting to consider what behavioral science currently knows about moral decision making.

Moral judgment and emotional engagement
Morally motivated decision making has been increasingly studied by the social sciences, and distinctive patterns are emerging. In the midst of a moral dilemma, study subjects tend to adopt a utilitarian frame of reference when a certain distance from mortality is afforded. In contrast, most subjects begin to have serious moral reservations as their decisions come closer to directly affecting a human life. In the research on moral judgment, 2 moral dilemma paradigms are frequently used to show how people respond with more emotion to dilemmas when the consequences to the victim are more direct.6

In the trolley dilemma, participants are told that a trolley with defective brakes is on course to run over 5 workers on the tracks. The trolley can be redirected only to a sidetrack where 1 worker will be killed. In the footbridge variation of this dilemma, there is no sidetrack, and subjects are told that the only option available is to push 1 worker from a footbridge onto the tracks, which will stop the train from killing the 5 workers. From a purely utilitarian perspective, 5 lives can be saved for the price of 1. Nevertheless, most subjects will find redirecting the trolley acceptable, while pushing the worker from the footbridge is unacceptable.

[T]he ultimate choice the jury must make between life and death is a profoundly moral one.
–Charles W. Burson (Attorney General of Tennessee)
Oral Argument in Payne v Tennessee1

These findings strongly suggest that emotional processing is heavily involved when more direct harm is considered. Where emotion is absent or minimized, a risk-benefit analysis can take over, and decision making that results in harm can become more impersonal, and ultimately, permissible. Thus, one might conclude that people have a preference for indirect over direct harm where moral decisions are concerned.

In sum, utilitarian approaches are more likely to be used when subjects must merely allow harm to happen, whereas emotional reactions are more likely when decisions involve actively bringing about harm.9 Finally, when people have “sacred” or protected values, they tend to be less sensitive to the consequences of their choices than people who do not have such protected values.10

Death in the abstract
Moral judgments conform to a pattern that is intimately associated with emotions. It would seem that moral decision makers feel a pull toward minimizing the emotional distress involved by confining the decision to an idealized analysis of cost versus benefit. This phenomenon has been confirmed by social science but is also readily discernible in such societal morality plays as the debate over the death penalty. While much of the debate attempts to transform the issue into a sterile analysis of competing “data,” the persistence and nonresolution of the debate points to its strong emotional roots. It has been noted that the persistence and resilience of the death penalty in the United States might be explained by acknowledging its strong emotional variables, which ultimately undergird all so-called rational debate.11

There are questions we could not get past if we were not set free from them by our very nature.  –Franz Kafka2

Consistent with the previously mentioned research on moral decision making, research on the death penalty has found that decisions to recommend death for a given offender were less likely when specific information about the offender and details leading up to the offense were presented to the jury.12,13 Of course, experienced prosecutors have long been aware of this-which is precisely why they go to great lengths to create the appearance of a dispassionate process. One legal scholar noted that the following messages are routinely conveyed to jurors: “You are not making a profoundly disturbing ethical choice about the taking of a life. You are not directly responsible . . . you are just one link in a complex chain.”11 This helps create emotional distance, in addition to diffusing feelings of personal responsibility.

Thus, while opponents of capital punishment are denigrated for being overly emotional and “lacking in the rationality and tough-mindedness the law requires,” it seems clear that proponents are equally influenced by emotions-either retributive or by vigorous avoidance of them.11 Given these speculations, it has been ar-gued that the influence of emotions should be reexamined and acknowledged as being “at the center of the debate” on capital punishment. The fact that emotions are not currently at the center of the debate must inform us of something. Perhaps the emotional process of confronting facts that would give the decision maker a clearer view of the emotional details of the tragedy may prove too trau-matic and unbearable, leading him or her to rely on defenses that attenuate emotion. Psychotherapists can confirm that when one is in the midst of an emotional trauma, the need for deliverance is often overwhelming and may be experienced as the pull of a system of guarantees. This pull is never greater than when one has come face to face with a trauma that has threatened to dissolve those guarantees.

Spinoza’s fundamental insight into emotion is the starting point that takes one to the heart of who we are-emotional beings forced by that fact to seek the emotions that will release us from the burden and suffering of other emotions. Trauma reveals that fact in a way that puts emotion on trial. We may replace one emotion after another, seeking the one that will resolve the problems of the psyche. Beside the simple root desire of avoiding pain lies another challenge that encourages us to flee: the tragic event often possesses the power to destroy the value we place on ourselves and the qualities by which we have defined our character. We define ourselves in terms of our service to values, which thereby become properties of our moral character. Our perception of our worth and identity often emanate from those values that we refuse to compromise.

But often, in the face of a profoundly tragic event, defenses and character armor collapse under the infinitely dense mass of reality. Reality and its undistorted meanings are then more fully available. Paradoxically, to know the actual truth of one’s emotional constitution depends on taking precisely those actions that will engage the core conflicts. Indeed, it might be said that we aren’t what we know about ourselves-we are what we do in the face of that knowledge. This then, becomes the difficult truth that now defines one’s relationship to oneself.

Alexander E, Lord J. A Victim’s Right to Speak: A Nation’s Responsibility to Listen. Sponsored by the US Dept of Justice, Office for Victims of Crime. Updated June 26, 2008.

Bartels DM, Medin DL. Are morally motivated decision makers insensitive to the consequences of their choices?

Bandes SA. The heart has its reasons: examining the strange persistence of the American death penalty.

Studies in Law, Politics and Society