The Past, Present, and Future of Medical Marijuana in the United States

On October 19, 2009, the Office of the Deputy US Attorney General issued a memorandum, “Investigations and Prosecutions in States Authorizing the Medical Use of Marijuana.”1 The memo announced a federal policy to abstain from investigating or prosecuting “individuals whose actions are in clear and unambiguous compliance with existing state laws providing for the medical use of marijuana.” The memo made clear, however, that it did not “legalize marijuana or provide a legal defense to a violation of federal law.” Rather, it was “intended solely as a guide to the exercise of investigative and prosecutorial discretion.” 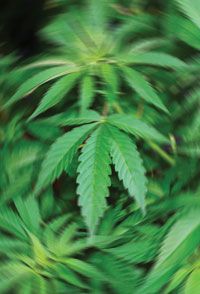 On October 19, 2009, the Office of the Deputy US Attorney General issued a memorandum, “Investigations and Prosecutions in States Authorizing the Medical Use of Marijuana.”1 The memo announced a federal policy to abstain from investigating or prosecuting “individuals whose actions are in clear and unambiguous compliance with existing state laws providing for the medical use of marijuana.” The memo made clear, however, that it did not “legalize marijuana or provide a legal defense to a violation of federal law.” Rather, it was “intended solely as a guide to the exercise of investigative and prosecutorial discretion.”

This article seeks to place the attorney general’s action in historical, medical, and legal context.

Healers have turned to cannabis, known in the vernacular as marijuana, for its medicinal qualities for more than 5 millennia. Indeed, the world’s oldest surviving medical text, the Chinese Shen-nung Pen-tshao Ching, recommends marijuana to reduce the pain of rheumatism and to address digestive disorders.2

The herb had an established use in Western medicine, too. Between 1840 and 1900, more than 100 articles extolling its therapeutic virtues appeared in American and European medical journals.3 In 1851, the United States Pharmacopoeia included the “extract of hemp,” in its catalog of medicinal amalgams.4 That same year, The Dispensatory of the United States of America proclaimed, “The complaints in which [marijuana] has been specially recommended are neuralgia, gout, rheumatism, tetanus, hydrophobia, epidemic cholera, convulsions, chorea, hysteria, mental depression, insanity, and uterine hemorrhage.”5 A little more than a decade later, the 1864 edition of the Pharmacopoeia gave precise instructions in the preparation of this medicine.6

American physicians routinely prescribed marijuana until the late 1930s.7 It would not be until 1970 that the law would intervene to proscribe all uses of the herb.

Nonetheless, there remains controversy within the medical profession regarding both the safety and efficacy of medically prescribed inhaled marijuana smoke. (For a medical perspective on this topic, see the Commentary by Ronald Pies, MD.) For example, one recent review noted that “tetrahydrocannabinol (THC) and other [cannabinoid-1] receptor agonists can have an undesirable CNS impact, and, in many cases, dose optimization may not be realizable before onset of excessive side effects. . . . [moreover] cannabis herbal material (“medical marijuana”) may present fatal uncertainties of quality control and dosage standardization. Therefore, formulation, composition, and delivery system issues will affect the extent to which a particular cannabinoid product may have a desirable risk-benefit profile and acceptable abuse liability potential.”8

Furthermore, medical marijuana use may pose particular problems for some psychiatric patients, since marijuana may exacerbate positive symptoms of schizophrenia and increase the risk of psychotic relapse.9

The Marijuana Tax Act of 1937 was the first federal restriction on the herb’s use and distribution.10 It imposed a $1 per ounce tax on marijuana purchased for medical purposes and $100 per ounce for any other purchases. In an early example of the health care policy chicanery that today’s physicians know all too well, the act imposed sufficiently onerous paperwork requirements for medicinal use that physicians ceased prescribing the herb shortly after its enactment.11

One of Richard Nixon’s first significant acts as president was to sign into law the Controlled Substances Act of 1970 (CSA).12 With a calculus incorporating variables of medicinal value, potential for abuse, and psychological and physical effect, the act allocated regulated substances into 5 schedules. Congress placed marijuana, along with heroin, ecstasy, LSD, GHB, and peyote, in Schedule I, the only category that prohibits any use, medicinal or not. Drugs like cocaine, codeine, OxyContin, and methamphetamine landed in the less restrictive Schedule II, which permits prescription-based medical use.

Congress placed marijuana in Schedule I temporarily, pending reconsideration in light of the forthcoming report of the National Commission on Marijuana and Drug Abuse.13 The study group, which Nixon commissioned and most of whose members he appointed, recommended decriminalizing “possession in private of marihuana for personal use” and “distribution in private of small amounts of marihuana . . . not involving a profit.” Audiotapes released 30 years later revealed a livid President Nixon who demanded that, despite the report, his administration issue “a goddamn strong statement on marijuana.”14 The president added an anti-Semitic attack against advocates of decriminalization: “You know it’s a funny thing. Every one of the bastards that are out for legalizing marijuana is Jewish. . . . I suppose it’s because most of them are psychiatrists, you know, there’s so many, all the greatest psychiatrists are Jewish.”

President Nixon prevailed, marijuana stayed in Schedule I, and there it remains to this day.

In 1996, with the passage of Proposition 215, the Compassionate Use Act, California became the first state to challenge the CSA.15 The Compassionate Use Act provided that neither a patient, a “patient’s primary caregiver,” nor a physician may be prosecuted or sanctioned for “the use of marijuana in the treatment of cancer, anorexia, AIDS, chronic pain, spasticity, glaucoma, arthritis, migraine, or any other illness for which marijuana provides relief.”

The litigation that led to the triumph of the CSA over state medical marijuana laws began in August 2002 when federal Drug Enforcement Administration officers and county deputy sheriffs jointly raided the home of a California woman who was cultivating and using marijuana in accordance with the Compassionate Use Act. “[A]fter a 3-hour standoff” with the county deputies, the federal agents seized and destroyed the woman’s marijuana plants. She and others brought suit in federal court to enjoin the application of the CSA on the ground that it infringed on her constitutional rights.

The medical user lost at the trial level but prevailed on appeal when the US Court of Appeals held that the federal power to regulate commerce and, thus, drug use, did not reach state-authorized medical use: “this limited use is clearly distinct from the broader illicit drug market . . . insofar as the medicinal marijuana at issue in this case is not intended for, nor does it enter, the stream of commerce.”

On June 5, 2005, in a 6 to 3 vote, the US Supreme Court reversed the judgment, invalidating the California law, and embracing an expansive view of the power of the federal government and the reach of the CSA: “The CSA designates marijuana as contraband for any purpose; in fact, by characterizing marijuana as a Schedule I drug, Congress expressly found that the drug has no acceptable medical uses.”

Thus was the status of medical marijuana, authorized by a quarter of the states but banned by federal law, until the Justice Department’s recent memorandum.

The Justice Department’s memorandum begins by stating that the department is “committed to the enforcement of the Controlled Substances Act in all States” and that it is cognizant that “Congress has determined that marijuana is a dangerous drug.” But, because the department “is also committed to making efficient and rational use of its limited investigative and prosecutorial resources,” the department should neither investigate nor prosecute “individuals whose actions are in clear and unambiguous compliance with” state law.

How, one might wonder, will federal authorities know without investigating whether an individual’s conduct complies with state law? “Typically, when any of the following characteristics is present, the conduct will not be in clear and unambiguous compliance with applicable state law”: “unlawful possession or unlawful use of firearms,” “violence,” “sales to minors,” or “ties to other criminal enterprises.”

On the other hand, neither “compliance with state law [n]or the absence of one or all of the above factors create[s] a legal defense to a violation of the Controlled Substances Act.” The memo is but a recommendation to federal agents, and medical use remains illegal.

The current and future status of the medical use of marijuana

Imagine the cancer survivor who resides in one of the 13 states that recognizes medical use of marijuana. She can ingest the herb knowing that federal agents are unlikely to kick her door down and arrest her. She will also know that her conduct is patently illegal. Every day, to address the nausea that accompanies her chemotherapy, she will engage in illegal conduct that the attorney general has authorized.

This is the nature of the compromise that the October 19 memorandum represents. The nation’s top law enforcement official has embraced the “compassionate use” that the California electorate recognized more than a dozen years ago. Current law may be the best that the cancer patient can hope for, but the remainder of the populace should not be satisfied. Those who support medical use of marijuana should not be happy with its continuing illegality. Those opposed to it should not accept federally licensed illegal behavior. Now, perhaps more than ever, in the words of Richard Nixon, we need “a goddamn strong statement on marijuana.”

Ogden DW. Memorandum for Selected United States Attorneys. Investigations and Prosecutions in States Authorizing the Medical Use of Marijuana; October 2009.

Is Marijuana the Right Medicine for You? A Factual Guide to Medical Uses of Marijuana.

The Dispensatory of the United States of America 354

Dekker N, Linszen DH, De Haan L. Reasons for cannabis use and effects of cannabis use as reported by patients with psychotic disorders.

The Marihuana Conviction: A History of Marihuana Prohibition in the United States.

Report of the National Commission on Marihuana and Drug Abuse: Marihuana: A Signal of Misunderstanding. Commissioned by President Richard M. Nixon, March, 1972