What Citalopram Tells Us About Prescribing Practices

With all the justifiable concerns about our next DSM, I frankly have more concerns about treatment. After all, diagnosing is really most important as far as it leads to the necessary treatment to help the patient. 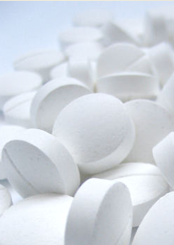 With all the justifiable concerns about our next DSM, I frankly have more concerns about treatment. After all, diagnosing is really most important as far as it leads to the necessary treatment to help the patient. Maybe what we really need is a Diagnostic and Treatment Manual, say a “DTM-1.”

I thought about this again when in late August I was suddenly told that I couldn’t prescribe citalopram (Celexa) over 40 mg in one of my clinical settings. Reference was made to the strong, new FDA recommendation: “Celexa should no longer be used at doses greater than 40 mg.”1

I was caught completely unprepared. Not only had I not heard about the warning directly, but nothing had been mentioned in any of my ongoing sources of clinical information. So, I wondered, how did this emerge after Citalopram being on the market since 1998? Why, even as recent as 2006, the Texas Sequential Treatment Alternatives to Relieve Depression (STAR*D) Algorithm put Citalopram as the sole recommended initial medication for nonpsychotic depression.2 Though not providing specifics, it gave the general principle to “use adequate dose and duration of treatment exposure.”

Sure, I knew that Lexapro was a refined version of Celexa and less prone to other, more benign side effects, but this new concern about abnormal heart rhythms I had either not heard of or forgotten. Apparently, the colleagues who worked with me had not, either, given the popularity of Citalopram.

Even with the availability of Lexapro, Citalopram was still used a lot anyways, since as an available generic it was much cheaper and readily authorized by insurance. And, it usually seemed to work as well as Lexapro, if tolerated, and on occasion was even preferred by a few of my patients.

In this particular system, we had about 250 patients on Citalopram above 40 mg. You now had to wonder. How did we get up to these doses in the first place? Were they necessary for adequate effectiveness? How come none of us had apparently not encountered this new risk?

Then, the ethical question as a clinician was: could I go along with this administrative risk management ultimatum? It seemed to me that I could if patients could be lowered to 40mg and still do well, or be supplemented (or replaced) with something else equally effective. Lexapro, indeed, would be safe, if it was affordable.

In a different system, the administrative response was different. It would be up to the individual psychiatrist to decide and justify the Citalopram dosage. Just be sure to document your clinical reason. This also seemed reasonable to me as I was used to closing my notes with a “Justification for Treatment” section.

I guess, at least for now, there would not be any community standards to follow. Just to be sure, I tried to check with as many colleagues around the country as I could. Here are some representative responses:

•I hadn’t heard of this. Where is the FDA recommendation?

•This reminds me of the QTc warning on Geodon and the hundreds (thousands?) of EKGs that I have ordered on patients for this purpose. So far, I have not found a single prolonged QTc.

•I’m wondering why the new warning did not include Lexapro.

•The few [patients] I’ve talked to confirmed that they don’t see a difference. They agree that “all their receptors are still blocked”!

•The big risk is overdoses of Citalopram . . . This is why I almost never start patients on Citalopram – there are many alternatives.

I was sure learning a lot I hadn’t seemed to know over the last decade. And there was more. That in its initial development, Citalopram killed Beagles due to an aberrant hepatic metablolic pathway, which we humans also have but need much higher plasma concentrations to activate. That Citalopram had a much higher mortality risk (from an overdose) than the other SSRIs. And that studies did not show any general benefit of doses greater than 40 mg anyways. If I didn’t know such things, then what about primary care physicians, who prescribe by far more antidepressants in general, and often for nonpsychiatric uses like nonspecific pain, headaches, and premenstrual tension.

Given that Prozac was touted as helping one to become better than normal, it’s been used for personal enhancement. Perhaps the medical knowledge of primary care physicians reduced the risks of prescribing Citalopram, but I doubt it. Then, we still have the ongoing question of when cognitive behavioral therapy (CBT) would be equally effective as such antidepressants, and why there hasn’t been a new call for more CBT instead of higher medication dosage.

I suspect the higher doses of Citalopram were used for two reasons. Surely, some individual patients did get adequate trials of lower doses, but continued to improve with each increase, and did not seem to have any side effect problems (and were in good cardiac health). On the other hand, increases in dosage may have come too rapidly due to reduced time with patients and patients often feeling that more is better.

So, now we are in the midst of a natural experiment in clarifying what might be the best treatment guidelines for Citalopram. Paradoxically, those who relapse at lower doses, as some of mine already seem to be doing, will vindicate the higher doses, yet it may still seem too risky to retry that higher dosage.

Some may conclude, like the title of the Shakespeare play, that this is “Much Ado About Nothing.” We all just use our best clinical judgment to prescribe and adjust as new knowledge emerges. I, for one, think that this is more like too little being done a lot. We can do better. One way might be that treatment guidelines go along with the diagnostic categories, with details and continual updating (which electronic communication now allows) as new data emerges. Anyway for delaying DSM-5 to do something like this?

[Editor's note: For a podcast on this topic, see Dr Moffic's Observations on FDA Recommendations for Citalopram Dosage.]