Because the Sun Doesn’t Shine in Soho

Psychiatrists are physicians first. This case demonstrates why that’s important. 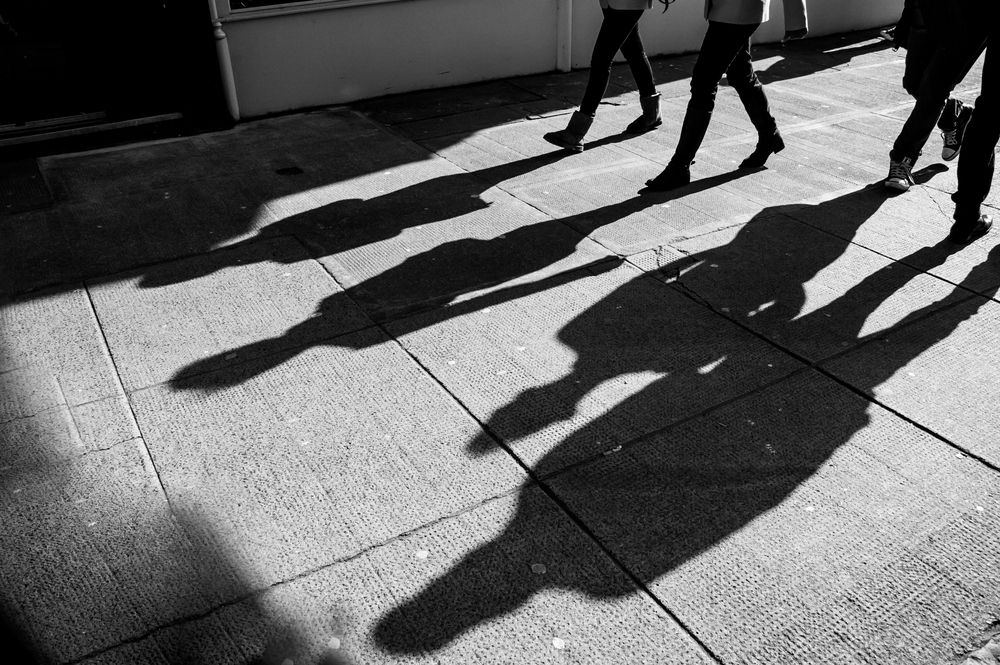 Lilly was able to live as well as she did, for as long as she did, because the sun does not shine in Soho. In New York City’s Soho district, cast-iron constructions, built more than a century ago, cast long, dark shadows, much like the inky black shadows sketched for Batman comic books. Narrow alleyways separate back-to-back buildings, leaving next to no room for shafts of sunlight to seep in. Film noir-style shadows are plentiful in that part of town, as they are in Batman’s fictional Gotham City, which owes its inspiration to Manhattan’s cast shadows.

Soho began as a manufacturing zone, where floor-through factories did not demand sunny views of cityscapes. Yet today’s Soho is a fashionable area with no trace of its past. It housed my psychiatry practice for the last decade. When manufacturing left New York City, those large Soho spaces turned into artists’ lofts, which then gave way to art galleries. Gradually, pricey designer boutiques replaced galleries, and fashionably dressed shoppers and shop girls displaced artists.

Lilly was unlike other Soho shop girls who wore unaffordable dress samples that turned them into breathing billboards. She was an apprentice jewelry designer at an established shop on Prince Street, a few blocks from my office. Even though she was only an intern and still a student, she had already amassed an impressive portfolio. She was wearing one of her creations when she arrived at my office for her first appointment—a little late, because passers-by had stopped her on the street to ask where she sold her unique broaches. Such was life in Soho.

Lilly was referred by Fashion Institute of Technology (FIT) Student Health Services to resume attention-deficit/hyperactivity (ADHD) treatment that had begun in grade school. FIT Student Health Services addressed acute symptoms only and referred students with long-standing conditions to private psychiatrists like me. Records documenting treatment that started when Lilly was young had arrived in advance, making it easy enough to refill her prescription for amphetamine salts. It was equally easy to add a selective serotonin reuptake inhibitor (SSRI)—and supportive therapy—when her social anxiety surged in this city of strangers, and when she felt overwhelmed by the stereotypically assertive New Yorkers who surrounded her.

Previously, Lilly was treated at a federally funded clinic. This rural area grappled with physician shortages. Her stimulants did not relieve the dyslexia that caused her more distress than inattention—but there were no local resources for cognitive remediation to help with reading and spelling. Luckily, Lilly preferred an arts-related career that sidestepped academic studies.

As her social anxiety subsided, she shared details about her early life in small-town Phoenicia, which was a few hours from Manhattan, geographically speaking, but lightyears away on a cultural level. Lilly was forthcoming about her struggles in school and the fact that most of her family members lacked so much as a high school diploma, much less advanced degrees. Still, despite her dyslexia—or maybe because of it—Lilly created clever necklaces from discarded tin cans that she scavenged near the Esopus, where shabby trailer camps contrasted with picturesque waterfalls that attracted tourists.

Phoenicia was a simple place, known for camping and tubing and long stretches of tall, fragrant pine trees. There, Lilly’s mother tended garden at a vacation home owned by a Cobble Hill couple. Her father functioned as a live-in caretaker, allowing the family to live rent-free. Their basement apartment was drafty and cold in the winter, when the owners were away and the heat was off, but it was still better than the trailers that lined the riverbanks, according to Lilly.

Her family lived underground—no taxes, no voting—until Lilly applied for a state scholarship. But every weekend, her father packed his pick-up truck with a fresh supply of repotted hostas, selling them to second-home owners. Lilly joked about weekenders’ willingness to pay outsized prices for minimal efforts needed to propagate common plants that grew in their shade garden.

Eventually, Lilly’s father added her tin broaches and bracelets to his hosta display. This caught the eye of an elderly tourist, who suggested that she create a portfolio and apply for a scholarship to FIT so she could hone her skills and prepare for a “real world” career. Lilly had never heard the word “portfolio” before, but she was impressed when she heard that both husband and wife were college professors. So, she followed their advice. She won a scholarship, thanks to this chance encounter. Her creations also impressed a jeweler in Soho, who offered her an internship at his shop, with a chance to make jewelry from “real” metals, not just tin cans.

At each appointment, Lilly shared more details of her day-to-day life. She made her way to work early each morning, exiting the tenement apartment she shared with an elderly aunt on Mulberry Street, located a short, shaded block from my office. She scheduled the earliest appointment available and then darted between the shadows, crossing narrow cobblestone streets that paved those deep caverns created by cast-iron towers. To commute to FIT, she jumped on the N train at Prince Street, half a block away. To travel to her job at the jewelry store—which offered course credit toward her jewelry-making certificate—she sped down Prince Street in the opposite direction. Sometimes, she said, she headed for a hidden alley near Houston Street, where she studied at a library that was sheltered from public view, but which gave her full view of discreetly staged fashion shoots at the far end of the alley.

Lilly did not resent her limited itinerary, for she found the New York City crowds too overwhelming, and she appreciated the predictability of a set schedule. And Lilly’s life was indeed predictable until something changed in late winter.

For Presidents’ Day weekend, a classmate invited her on a ski trip at an upstate resort—and that was when things started to shift. Embarrassed to admit that she could not afford a lift ticket, much less skis, Lilly sat on the sidelines for hours, near the snow-covered and sun-drenched trails. Upon return, she complained that her hands hurt, and that her fingers turned blue.

Lilly was describing Raynaud syndrome, which could worsen with vasoconstricting stimulants. Still, it seemed odd that such a side effect started so suddenly, after so many years on the same medication. Besides, she lived further north, where winters were far worse, yet she never previously had such symptoms in the cold. Then the clues started to fall into place. She also began experiencing fatigue once she sat outside on the slopes, which was equally strange, considering that stimulants are energizing and are sometimes used (illicitly) to combat fatigue.

I was unwilling to write these symptoms off to side effects, but I was also unwilling to continue a stimulant that could conceivably worsen Raynaud’s, especially since the medication offered minimal benefit for Lilly’s major dyslexia symptoms. So, we tapered her off the ADHD medication, but the pain in her fingers persisted—even though she was on SSRIs, which can relieve Raynaud’s. It was time to see the primary care physician (PCP) to find other explanations for concomitant fatigue, Raynaud’s, and joint pain in a 20-year-old female. I ordered basic labs and added an ANA test. Her PCP referred her to a rheumatologist when the ANA read a telling 1:360.

Lilly was still waiting for a specialist appointment when college graduation came around. By then, she had a solid job offer from the jewelry boutique that hired her as an intern. Her family was ecstatic. To celebrate this unanticipated success, they scheduled a surprise family vacation, with plans to drive their battered old pick-up truck south and stay with relatives in Key West.

Sadly, the trip was not the intended celebration, but it did explain her symptoms. While walking outside in the intense Florida sun, Lilly developed a raised, red rash on her nose, which sounded like the butterfly rash of lupus. Her joints hurt so much that she sidestepped the subspecialist and accepted the soonest appointment available, with a nurse practitioner (NP).

Without reviewing her history—or noting that symptoms worsened with strong sunlight (or from reflected sunlight on snowy ski slopes)—the NP prescribed tramadol for pain and sent her on her way. Her family objected and drove her back to Soho to see me. I was sorry to see Lilly in such distress, but I was happy to hear that she deferred starting a potentially habituating medication before exploring safer approaches or identifying the source of her symptoms.

Luckily, Lilly’s rural health center had ties with the regional medical school. They landed her an immediate immunology appointment at the State University in Albany, near her family’s home. The good news was that she would be near her family, and she could continue to design for her new job remotely (but without accessing expensive metals that were available onsite only). Her father was thrilled to restart selling her creations from his truck, and she was relieved to return to an existence that was far simpler and slower than Soho. She could rest up with relatives while awaiting more targeted treatment—and simultaneously brace for possibly bad diagnostic news.

This story did not have the happy ending that we hoped for, but the ending could have been worse. I shudder to think of what might have happened, or how this syndrome could have progressed, had someone summarily dismissed her symptoms as side effects to psychotropic medication, without additional assessment. Fortunately, psychiatrists are physicians first.

Dr Packer is an assistant clinical professor of psychiatry and behavioral sciences at Icahn School of Medicine at Mount Sinai in New York, New York.