Here: an alternative to the trial-and-error method that can boost treatment response rates. 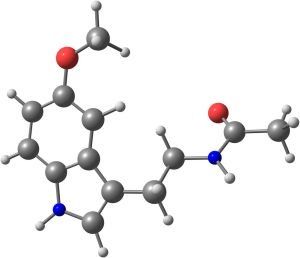 RESEARCH UPDATE
The incorporation of pharmacogenetics in the selection of drug therapy for MDD can improve outcomes, according to findings from the first large-scale multicenter, randomized clinical trial (RCT) of pharmacogenetic testing in this setting.1 The study authors point out that, despite the growing armamentarium for MDD, response rates generally have been suboptimal. When effective treatment is achieved, it is often by trial and error, resulting in high costs, high rates of treatment-associated adverse effects, and prolonged functional disability and suffering for many patients.

Genetic variations may be at the crux of antidepressant response in up to 42% of patients with MDD.2 Although the role of gene variants in the metabolism of and response to psychotropic agents has been studied and although guidelines for antidepressant selection and dosing based on genotypes have been issued3-and pharmacogenomics information incorporated into drug labeling in the United States and European Union as well-data from RCTs have been lacking. This first prospective, multicenter, double-blind, parallel RCT sought to evaluate the effectiveness of pharmacogenetic testing for antidepressant selection in patients with MDD by comparing clinical outcomes in patients randomized to pharmacogenetic-guided treatment with patients receiving treatment-as-usual (control group).

Study design
A total of 520 patients with MDD from 18 hospitals and associated mental health centers in Spain were enrolled in the study. These participants provided a saliva sample for DNA analysis, and 316 patients who fulfilled the study criteria ultimately were randomized 1:1 to either pharmacogenetic-guided antidepressant treatment or the control group. Mean age was 51 years, 64% of the study group were women, 92% were white, and the mean duration of the current MDD episode since diagnosis was 60.2 months ± 94.4 months, with a median of 14.1 months.

The mean 17-item Hamilton Depression Rating Scale (HDRS-17) score at randomization was 19.2 ± 5.8. Nearly 85% of participants had currently or previously received antidepressant medication, with an average of 2.6 ± 2.2 previous trials of antidepressants for the current episode. Patient Global Impression of Improvement scores was evaluated at 4, 8, and 12 weeks, and Neuropharmagen® (AB-Biotics SA, Barcelona, Spain) was the pharmacogenomic platform used.

Statistically significant improvement in HDRS-17 scores was seen in the pharmacogenetic-guided group compared with the control group at week 6 (P = .036), but the difference was attenuated at week 12 (P = 0.077). Still, the study authors stressed that the mean and median reductions in HDRS-17 were 3 points larger in the study group than in the control group at week 12. Other parameters in the analysis that favored (P < .05) the pharmacogenetic-guided treatment group included clinician-rated Clinical Global Impression-Severity scores; Frequency, Intensity, and Burden of Side Effects indices; Treatment Satisfaction with Medicines Questionnaire scores; and Sheehan Disability Inventory Perceived Social Support partial score. Better tolerability also was seen in the pharmacogenetic-guided group compared with controls (69% vs 51%; P = .026; OR, 2.06 [95% CI, 1.09-3.89]). Of note was that effects were more consistent in patients who had failed 1 to 3 drug trials than in those who had failed 4 or more or were treatment-naive.

The bottom line
The authors concluded that pharmacogenetic-guided treatment in patients with MDD was responsible for significant improvement at 12 weeks, dependent on the number of previously failed medication trials.