Before Personality: Character Assessment and Its Troubled History

The 20th century introduced a number of new concepts to psychiatry and clinical psychology. One of the most influential has been the notion of personality. 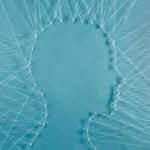 The 20th century introduced a number of new concepts to psychiatry and clinical psychology. One of the most influential has been the notion of personality. Carl Jung, Gordon Allport, Abraham Maslow, Harry Stack Sullivan, and Carl Rogers are just a few of the early figures who, starting in the 1920s, developed theories and models designed to capture the inner core of human subjectivity (or the “self,” as Rogers put it). But while their names and ideas continue to resonate, time has proven less kind to another psychological project that played out at the same time. This was characterology.

Coined in 1867 by Julius Bahnsen, a student of the philosopher Arthur Schopenhauer, characterology was associated primarily with Germany. It is there that it began to take hold and thrive, with the founding of the field’s two major journals in the mid-1920s: Jahrbuch fÃ¼r Charakterologie (Yearbook for Characterology) and Zeitschrift fÃ¼r Menschenkunde (Journal for Human Studies).

Characterology emerged as a type of character analysis following along the lines of the clinical assessment of functional disorders in the 19th century. This was an assessment that involved examining a patient for outward signs indicating a psychopathology or at least a proclivity toward some pathological state of mind. The approach was beholden in no small measure to the work of the France-based psychiatrist BÃ©nÃ©dict Morel (1809-1873), whose theory of degeneration held that most mental disorders were due to corrupt hereditary constitutions and that these corruptions were reflected in observable physical stigmata and behavioral abnormalities.1 Characterology’s innovation was to extend this kind of evaluation to populations beyond those deemed “abnormal,” in order to identify those traits that drove an individual’s will and conduct.

In Germany, characterology’s star began rising in the 1920s and 1930s, when industry and the public sector began seeing the value in applied psychology. Both psychotechnics and vocational counseling were beneficiaries of this growing interest. So too was characterology, whose practitioners at the time placed less emphasis on testing and quantitative measures and more on the observation and interpretation of expressions of virtues, such as patience, independence, love of order, and calmness.2

How then did characterologists propose doing this?

One way was developed by psychiatrist Ernst Kretschmer (1888-1964), which he laid out in his influential book Physique and Character in 1921. He argued that two types of constitutions-a cyclothymic and a schizothymic-are at the core of human character to varying degrees. Moreover, human beings are born with one of three basic body types: asthenic, pyknic, and athletic, and these body types are closely associated with contrasting pairs of character features. Individuals of the pyknic variety, for instance, he believed, temperamentally fluctuate between joviality and despair. Thus, if Kretschmer’s model was accurate, it was possible to read character features and predilections by simply inspecting a subject’s physique.3

Psychologist Ludwig Klages (1872-1956) offered another technique: graphology. The notion that a bodily movement like handwriting could provide direct insight into the soul or character of a person was not new, having been the subject of treatises dating back to at least the 17th century. What Klages and others did by the early 20th century, however, was to tie handwriting directly to neurology, understanding the activity to be a form of expression that projected facets of a person’s inner core.4

Klages’s graphology was hardly an innocuous exercise. Instead, it was bound up in the psychologist’s dark vision of the modern world. Like many of his reactionary contemporaries, Klages considered modernity to be dangerously superficial and chaotic in a way that undermined the ability of human beings (and Germans in particular) to fully realize themselves. The world therefore needed a way to differentiate between authenticity and falsehood, between genuine virtue and corrosive subterfuge. Characterology and graphology were therefore conceived as tools capable of breaking through the veneer of a person and exposing his or her true nature.

As historians Per Leo and Nitzan Lebovic have shown, Klages in particular argued for there being a natural, racial inequality separating groups of human beings, one that penetrated deep into the body and mind. Here characterology intersected with the toxic anti-Semitism of its time, holding to the view that Jews literally embodied this inequality, casting them as perpetual outsiders, but ones who disguised their true selves.5 It therefore should come as no surprise that under the Nazis characterology flourished.

It needs to be pointed out, however, that interest in character was not limited to Germany. During World War II, for instance, a number of American cultural anthropologists volunteered their services and knowledge to aid in the war effort against Nazi Germany and Imperial Japan (and they would go on to continue this work during the early years of the Cold War). They engaged in what was referred to as “studies of culture at a distance,” a form of applied anthropology intended to serve the interests of the US and framed as the study of national characteristics. Japan, Germany, Russia, Britain, and Poland, all became subjects for these kinds of analyses, which were subsequently criticized for simplifying complex communities and relations.6

One of the most famous anthropologists engaged in this project was Margaret Mead (1901-1978). Among her tasks was to collaborate on an initiative of the Council on Intercultural Affairs in New York City to study the “national character” of Axis powers and, later on, the assimilation of minorities in the US along with “our American character.” Publishing the results of her analysis in 1942 in the book And Keep Your Powder Dry, Mead argued for rejecting racist essentialisms about groups, while also insisting on the consistency of certain traits among ethnic communities: environment and upbringing, not blood, were the formative elements in national character. And while she invariably invoked an idea of “whiteness” indebted to European prejudices, she held that Americans distinguished themselves from Europeans by giving everyone in society a chance to realize their full potential, thus making the US a more adaptable society.7 That said, despite contending that Japanese-Americans were essentially American in their make-up and conduct, she and her colleagues appear to have done nothing to speak out or campaign against the forced detention of Japanese-Americans during World War II.8

In Europe, after the war, characterologists continued their work throughout the 1950s and early 1960s. But times were changing. As West German researchers and clinicians increasingly turned to the US for inspiration, they found themselves drawn to “trait-and-factor” methods instead. The idea was no longer to uncover supposedly fixed character traits, but rather to identify the general aptitudes, adaptabilities, and interests of a person.9 As a result, a more dynamic and developmental concept of “personality” replaced “character” in academic and professional circles.

5. Lebovic N. The Philosophy of Life and Death: Ludwig Klages and the Rise of Nazi Biopolitics. New York: Palgrave Macmillan; 2013.