Professional organizations from the New York State area protested an audit of clinical records by a managed care company, claiming unspecified standards had led to demands for large repayments. While the company stated it ended the audit only until standards could be defined, the organizations touted the power of presenting a unified front.

Oxford Health Plans set off a firestorm of protest last year after demanding hundreds of thousands of dollars in repayments from psychiatrists, psychologists and social workers in the New York City area, all based on an audit of clinical records that used an unspecified documentation standard and extrapolated audit records to cover claims from 1997 to 2002.

Both the American Psychiatric Association and the New York State Psychiatric Association (NYSPA) protested the audit, arguing that Oxford provided no written documentation standards, used a questionable method of extrapolation and ran afoul of patient confidentiality laws. Last November, Oxford backed down and dropped the audit, agreeing to return all patient records and any settlement money it had already received. It also arranged to begin meetings with the APA, NYSPA, the New York Society of Clinical Social Work and eventually the New York State Psychological Association to develop acceptable documentation standards.

"Rather than continue to pursue repayment of claims," the insurer said in a Nov. 25, 2003, statement, "Oxford determined that partnership with major behavioral health organizations to develop and adopt clear, consistent standards for all behavioral health providers å was in the best interest of the company, its providers and its members."

The discussions, which were set to begin at the end of January, will include the use of extrapolation and the qualifications of reviewers involved in documentation audits. The aggressive nature and scope of the Oxford audit set it apart from other retrospective audits, Irvin L. "Sam" Muszynski, J.D., director of the APA's Office of Healthcare Systems and Financing, told Psychiatric Times.

One of the reasons APA put pressure on Oxford was so that insurers would not think they had carte blanche toinappropriately target psychiatrists, Muszynski said.

Prior to managed care, retrospective review was the law of the land, but under managed care, psychiatrists are subjected to prospective forms of review, such as pre-authorization. "I think it's a little unreasonable that you go through a bunch of hoops up front and now they're still going to come back at the end and take it away," he said. "It's just another form of third-party management."

Oxford's lack of written guidelines for documentation was the most egregious aspect of the audit, Muszynski said. And that is often the case in these kinds of situations.

Oxford is one of the largest insurers in the tristate region of Connecticut, New York and New Jersey, with 1.5 million members. Its network of psychiatrists, psychologists and social workers totals about 5,000; of those, Oxford selected 300 providers for auditing, 100 from each profession.

Although Oxford's medical director said the audit was triggered by irregularities in documentation, it appeared to focus on individuals who had significant levels of participation with the managed care company, NYSPA's executive director and general counsel Seth P. Stein, J.D., told PT. Audits for the individuals he represented as general counsel had more to do with the level of participation, the number of patients treated and the level of billing, he said.

In a letter to the APA, NYSPA president Barry P. Perlman, M.D., wrote, "This issue is critical to our members, to APA members in the tri-state region and APA members across the country who may have to respond to similar audits by managed care companies and potential demands for substantial repayments."

Stein said that to his knowledge, the Oxford audit was the first managed care audit to focus exclusively on psychiatrists and other mental health care providers. Further, because the care had been pre-approved, the audit was strictly a documentation review, and that in itself was somewhat unusual.

Many doctors who were targeted for the audits have since dropped out of Oxford's network, he said.

The irony is that just as the new Medicare drug benefit law severely restricts the use of extrapolation, the private sector has grown increasingly interested in it. Stein said, "It seems like the private sector is going in an opposite direction from the federal government."

Under the new Medicare law, which President Bush signed last December, the program's fiscal intermediaries are permitted to use extrapolation only for cases in which serious misconduct appears to have occurred, Stein said. The Oxford audit, on the other hand, focused on whether records were acceptable and was not prompted by allegations of impropriety or improper billing.

In one case, noted by the New York State Psychological Association, 93% of a provider's notes were found to be adequate, "even according to these odd and elusive criteria," the association said. But Oxford still demanded repayment of 7% of the psychologist's fees over several years, for a total of about $10,000.

The Medical Society of the State of New York and NYSPA have gone to the New York State Insurance Department with their concerns about the use of extrapolation by insurance carriers and have urged that standards be developed so that if extrapolation is used, it is conducted in a manner that is statistically valid, Stein said.

Stein reviewed the records of eight or nine psychiatrists whom Oxford had targeted and found great variability from doctor to doctor in terms of the standards that were used to review the records. "That's one of the reasons I think Oxford is interested in talking to the professions about documentation standards," he said. "Because even within their own protocols, there was significant variability."

The varying standards could even be found within a single doctor's records. Stein explained, "Records that were found to be fine were little different than records that were disallowed."

In the Oxford audit, two significant areas of disallowances were identified by NYSPA that did not conform to standard psychiatric practices. They involved documentation for medication management and the length of session notes. In some cases, the two issues accounted for two-thirds or more of the total disallowances for an individual, Stein said.

Oxford determined that psychiatrists should have documented medication management in every note. But the APA responded otherwise. In a Sept. 15, 2003, letter to NYSPA, Muszynski and APA medical director James H. Scully Jr., M.D., referred to the APA's "Psychotherapy with Medical Evaluation and Management" resource document, which states, "Medical evaluation and management are intrinsic to all psychotherapy conducted by a psychiatrist."

Generally accepted psychiatric practice requires that the psychotherapeutic intervention be documented for each psychotherapy session, i.e., was the therapy provided insight oriented, behavior modifying, or supportive in nature. The length of the session is indicated by the CPT code selected, not by the length of the note in the medical record.

"Mental health care has a higher level of provider fraud and abuse than any other medical specialty," according to Audit Review's Web site <www.auditreview.com>. Charges for undelivered services, duplicate charges and coding abuses are committed by individual practitioners, clinics and hospitals, it asserts. "The attitude that such practices are commonplace and unchallenged has resulted in these methods becoming business as usual for many mental health practitioners." Audit Review Service is associated with the mental health care fraud division of David Morse & Associates, the largest independent adjusting firm in California, with locations across the country.

The choice of Audit Review Service was the result of due diligence, Oxford spokesperson Maria Gordon-Shydlo told PT.

Psychiatrists who refused to release records to Oxford's auditors without written authorization from each patient were pressured by the company. In one instance, Oxford filed a complaint with the New York State Department of Health against a psychiatrist for failing to provide records. The NYSPA succeeded in having the complaint removed and getting the Health Department to issue a letter to all managed care organizations reminding them of state laws covering confidentiality and the release of medical records.

Oxford believes that the audit was conducted with the highest level of protection, Gordon-Shydlo said, and it asked providers to black out any sensitive information before handing over patient records.

In the weeks following Oxford's decision to drop the audit, Stein was intent on making sure that Oxford returned all patient records. "We didn't want those treatment records that people had delivered to Oxford and [Audit Review Service] to sit in a cabinet for 20 years," he said.

Muszynski said that the APA welcomes the opportunity to engage in discussions with any managed care company about what constitutes reasonable guidelines for medical record documentation and about adhering to confidentiality issues. The APA has many templates available for developing guidelines, he said, and Oxford should be able to reach consensus with providers over guidelines within a relatively short amount of time.

As for psychiatrists with other health plans and in other parts of the country, Muszynski said, the lessons from the Oxford audit are that it is important to document sessions to the best of their ability and to know that the APA is available if they feel they are being unfairly challenged. 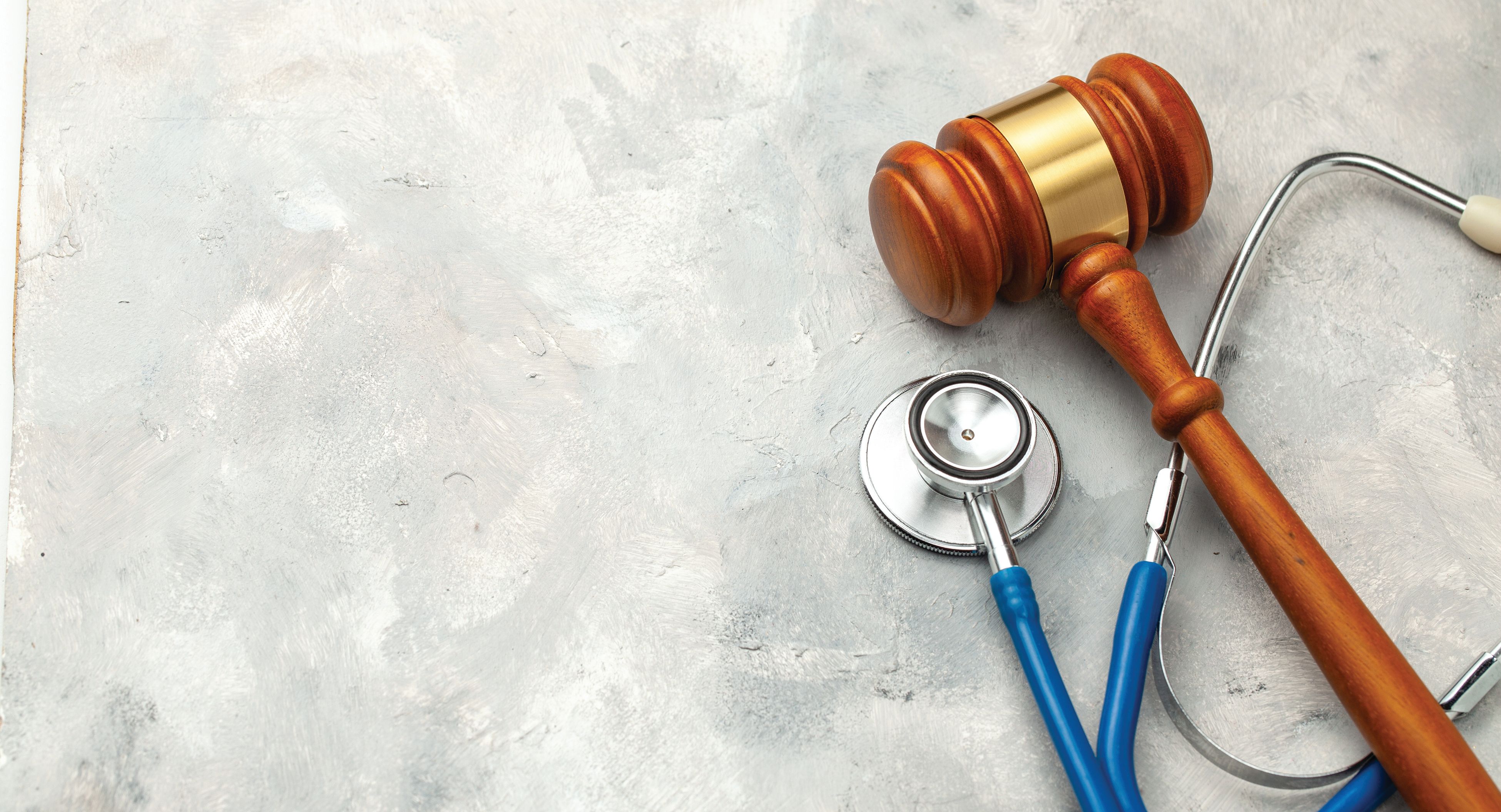