New research on childhood-onset obsessive-compulsive disorder (OCD) ranging from the efficacy study of fluvoxamine's (Luvox) use in children to possible alternative treatments for autoimmune OCD was reviewed recently by Mark H. Rapaport, M.D.

Director of the Mental Health Outpatient Research Center at the University of California, San Diego, and codirector of its psychopharmacology research program, Rapaport discussed childhood-onset OCD with members of the Orange County [Calif.] Psychiatric Society. The evening was supported through an unrestricted educational grant from Pharmacia & Upjohn Inc.

Among children, OCD is "remarkably common," Rapaport said. The prevalence is one in 100.Although a believer in behavioral therapies for OCD, Rapaport focused his comments on pharmacological treatment options.

"The new drug approval study conducted by Solvay Pharmaceuticals demonstrating the efficacy of fluvoxamine in treatment of OCD in children is an important study for a couple of reasons. It is one of the first multicenter studies ever done in the United States on children. Also, it is a very good model of how such a study should be done."

The study compared the relative safety and efficacy of 50 mg to 200 mg per day of fluvoxamine given up to 10 weeks to placebo in the treatment of outpatients ages 8 to 17 with OCD.

"A significant number of younger children were included in the study. This is quite important, because what is going on pharmacokinetically and pharmacodynamically for an 8-year-old may be very different from a 17-year-old," said Rapaport, who was also a consultant to the Clinical Treatment and Research Branch of the National Institute of Mental Health (NIMH).

"In general, if one looks at the side-effect profiles of two groups, one sees that fluvoxamine was remarkably benign. The active pharmacotherapy, in general, did not produce a whole panoply of side effects or problems for these patients. Additionally, the adverse events were about equivalent for two groups, only four patients dropped the study-one on placebo and three on fluvoxamine."

Beyond the current pharmacological approaches to treatment of childhood-onset OCD, Rapaport was enthusiastic about the work of Susan Swedo, M.D., and Judith Rapoport, M.D., and colleagues at NIMH who have been "very convincing in demonstrating a link between autoimmunity and OCD."

"We are talking about the poor prognosis patients here...about the children with the most severe symptoms of OCD, who tend to have a lifetime history of a movement disorder, and the presence of an Axis I comorbid disorder in a parent. Those were the people that Judy and Susan were studying at NIMH," he said. "When one looks at the heterogeneity of OCD and differences in age of onset, with some kids being 3, 4, 5 and 6 years old and developing full-blown OCD, we are looking at differences in symptom clusters, differences in treatment response and differences in vulnerability to stressors.

Swedo, Rapoport and colleagues (1989) found that obsessive-compulsive symptoms occurred in more than 70% of children affected by Sydenham's chorea and that these symptoms (contamination fears, fear of harm coming to a loved one, excessive washing and checking) were indistinguishable from those of classic OCD. In his talk, Rapaport added that available postmortem data and neuroimaging studies of patients with Sydenham's chorea are consistent with the involvement of basal ganglia and cortical structures that are also implicated in OCD.

"Magnetic resonance imaging (MRI) scans of Sydenham's chorea demonstrate an actual disruption of blood/brain barrier. And there are reversible abnormalities found in the striatum. One of things about blood-brain barrier that they forgot to teach us in medical school, is that it ain't. So the brain is not nearly as protected as we thought," Rapaport added.

"So what is the relationship between what we have talked about so far and anything immunological?" Rapaport went on to ask. "Husby and colleagues first identified antibodies in children with Sydenham's chorea in 1976, and Swedo replicated his findings in 1994. Antineuronal antibodies have also been found in Tourette's syndrome and in other tic disorders. Kiessling and others in 1993 found a significantly higher frequency of antineuronal antibodies in a child psychiatric cohort with movement disorders (44%) than in clinic patients without movement disorders (21%). Murphy and colleagues found 39% of their patients were antineuronal antibody positive versus 24% of the comparison group.

Rapaport went on to discuss whether a trait marker for rheumatic fever susceptibility (labeled D8/17) could identify children with pediatric autoimmune neuropsychiatric disorders (obsessive-compulsive disorder and tic disorders) associated with streptococcal infections. These are called PANDAS.

The research on D8/17 goes back to Zabriskie and colleagues, Rapaport said. They produced the monoclonal antibody D8/17 which reacts with epitopes expressed on a significantly higher proportion (33%) of B lymphocytes in patients with acute rheumatic fever or rheumatic heart disease than in comparison subjects. And this finding is true across five different geographical and ethnic populations that have been tested.

"This seems to be a real genetic marker, although we're not sure whether it is an autosomal dominant or autosomal recessive pattern of inheritance," he said.

Although not discussed by Rapaport, Swedo and colleagues (1997) published a study demonstrating the association between D8/17 and childhood onset of OCD. Blood samples were obtained from 27 children with PANDAS, nine children with Sydenham's chorea and 24 healthy children were evaluated for D8/17 reactivity. Individuals were defined as D8/17 positive if they had 12% or more D8/17+ cells. Twenty-three (85%) of the 27 PANDAS patients and eight of the nine patients (89%) with Sydenham's chorea were found to be D8/17 positive; in contrast, only four of the 24 healthy children (17%) were found to be D8/17 positive. The researchers concluded that D8/17 may serve as a marker for susceptibility among some forms of childhood-onset OCD and Tourette's syndrome.

The importance of the research was emphasized by Swedo and colleagues in their 1997 journal article and by Rapaport in his talk. Swedo and colleagues pointed out that "if the D8/17 marker is able to identify PANDAS-susceptible individuals, not only would it be the first such marker for a psychiatric disorder, but it would have both immediate and long-term benefits," such as improving research into the etiology and pathophysiology of OCD and promoting treatments that address the underlying pathophysiology of the disorder rather than just symptom palliation.

Rapaport said, "All of us have had patients with OCD, particularly childhood-onset OCD, that have been very difficult to treat. There are some preliminary studies that have been done in the child psychiatry branch of NIMH that suggest both plasmapheresis and intravenous immunoglobulin are helpful in remediating these symptoms of OCD in children. The researchers have conducted some double-blind studies...on small samples of very sick children with PANDAS, and those patients have received significant relief from plasmapheresis or intravenous immunoglobulin. The researchers also documented a couple of cases where the children who had benefited from plasmapheresis and intravenous immunoglobulin, ended up getting sick again when their siblings became ill with a strep or other infection. This is very exciting work." 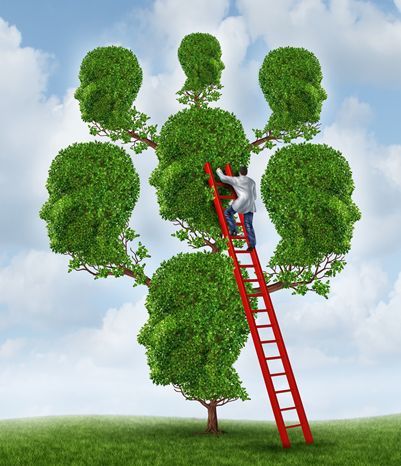 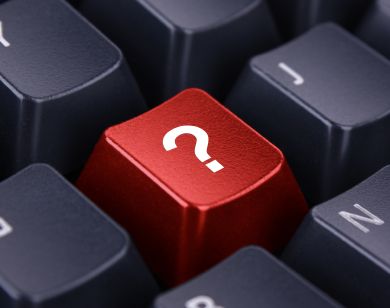 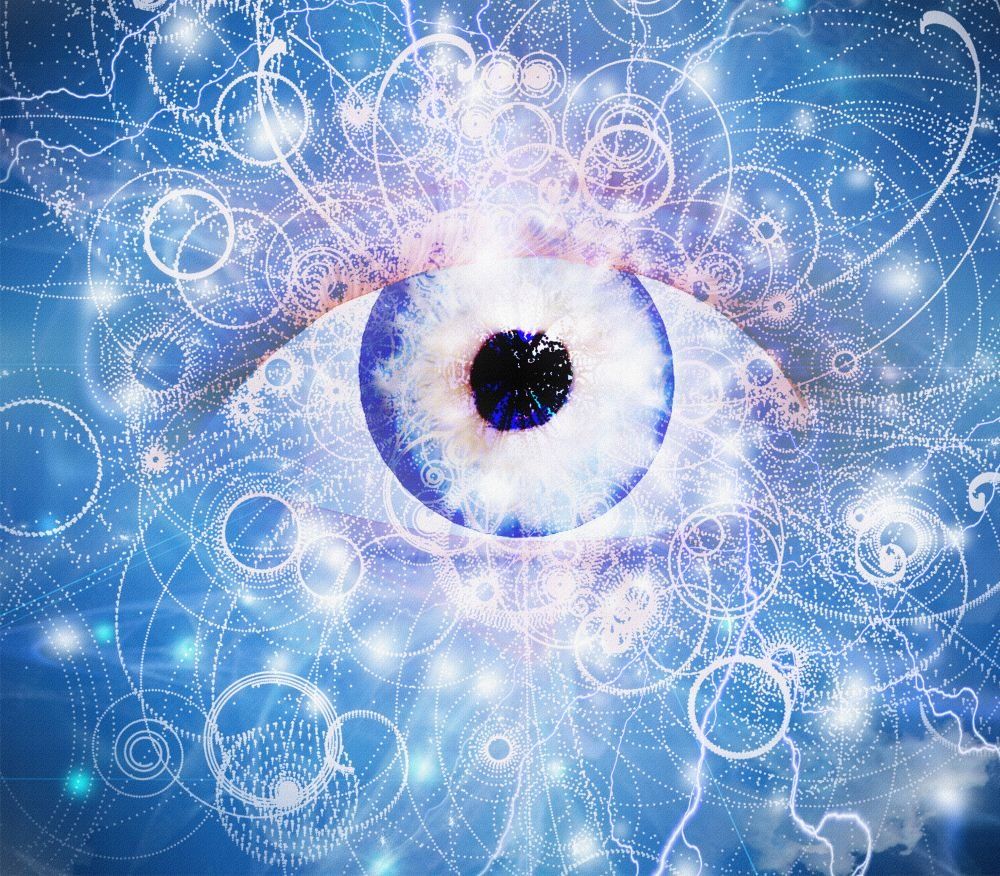