Reflections on the Cruel and Subtle Costs of Racism and Bigotry

Recent events in Charlottesville are poignant reminders that the wounds caused by bigotry and racism leave a deep imprint on our spirit, bodies, and psyche. 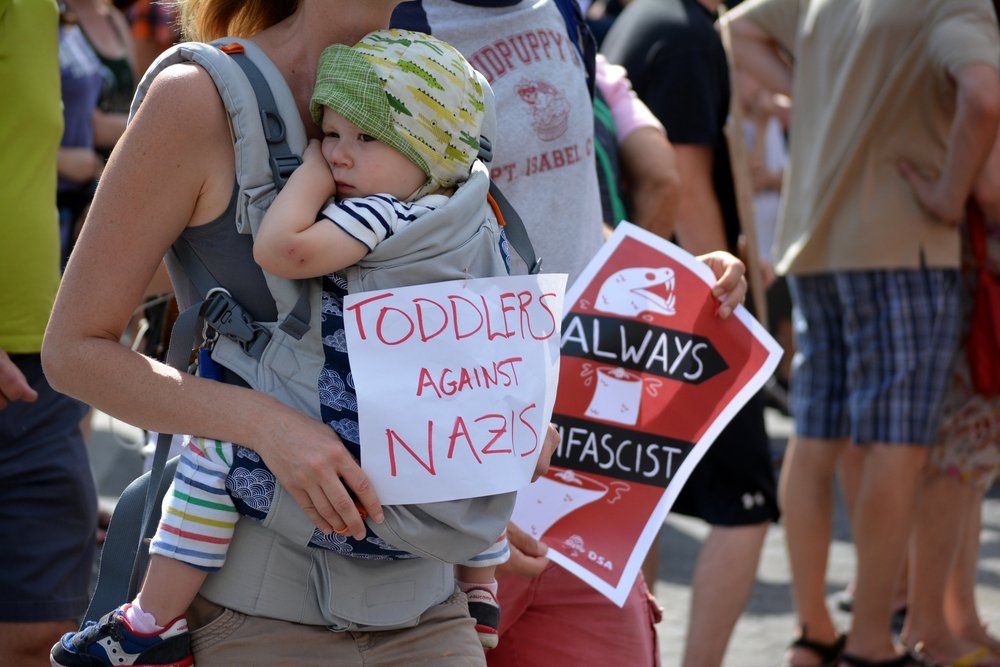 About two months ago I wrote the following piece, which was the outgrowth of a number of novels I read that had stirred especially powerful emotions in me. It is likely I am not alone in my reactions given the excruciatingly cruel stories of horror, humiliation, and damage resulting from the human penchant to indulge harsh, discriminating attitudes of racism and bigotry. I felt the need to reflect on how the stories stirred for me the personal and unbelievable but redeeming story of my mother enduring and overcoming her experience of genocide at the hands of the Turks at the turn of the last century. The piece I wrote also stimulated memories about the sting of prejudice in my own life. But the essay languished in my computer: I was not sure what to do with it, or what forum it was best suited to.

The recent events in Charlottesville and the failure of our President to lead the outcry of indignation and advance a healing voice for the damage that had been inflicted motivated me to revisit my work. I hope the following stimulates us to think and act in ways that will effectively counter hatred and bigotry.


Like most of us, I read for pleasure and comfort. . .  but lately what I’ve been reading is more about pain and dismay. Recently I was reminded of the novel Five Smooth Stones, by Ann Fairbairn having just finished reading Judi Picoult’s book, Small Great Things. Both stories powerfully pierce the psyche as they delve into racism in “us and them.” The reader is drilled on the cruelties of racism, experiencing it almost firsthand. Both novels take the reader beyond the overt damage and malice into the never-ending daily insidious intricacies of what racism does to those who are its target. These novels remind that even the most tolerant among us are blind and insensitive to so many of the elusive, gnawing aspects of racism and bigotry. In this respect, racism is like addiction: it is more about the pain and suffering than it is about the drug. That is, it’s more about the cruelty and agony than the attitude.

I want to elaborate about the pain and cruelty of racism and bigotry. Looking back over the last couple of years of my leisure reading, it jumps out at me how many of the books I read for “pleasure” were embedded in contexts of racism and anti-Semitism. I put pleasure in quotes, because were it not for the beautiful writing and sensitive insights, one might wonder what pleasure there could be in the painful story lines. In the Lost Wife, Alyson Richman, tells a poignant love story and chronicles the systematic dissolution and suffering of Jewish society through the lives of those who traipsed from Prague to the concentration camps. Robert Harris’ fictionalized story, An Officer and a Spy, tells of the Dreyfus affair, in which the Captain's banishment from French society is permeated by anti-Semitism. And James Carroll’s Warburg in Rome describes the post-World War II experiences of Jews who survived Nazi purges only to suffer further insensitivity, cruelty, and prejudice during resettlement in Europe and American society. And in John Grisham’s Sycamore Row and Leonard Pitts’ Freeman, racism pervades American society.

Beyond the expectable recoil and anger such stories evoke, my reactions go deeper for special reasons of my own. With each of these novels, I wanted to cry out in rage or weep. My intense reactions are fueled by recent and remote experiences that weigh on me more at certain times than others. I am a first generation ethnic whose mother lived through the first genocide of the twentieth century at the hands of Turkish Ottomans who either dispersed or massacred one third of the Armenians as a people in that part of the world.

Unlike so many who survived the Armenian genocide, who tried to bury and not to vocalize, to forget, and who therefore suffered in silence and perished internally, my mother was different. She emerged less scarred, optimistic, and resilient. She shared her stories about the events, nightmarish and forbidding as they were, with friends and family-including her children, even at an early age. Not without significance, we were brought up with a grim folklore about her experiences, in which many of her stories were embedded in a sort of gallows humor. Truly she was a survivor. I am not quite sure if she was either born resilient, or her capacity to talk about and share her experiences fostered her resilience.

These remote memories fuel my intermittent emotionality about my readings and current happenings. Scholars who study genocide and the holocaust speak of the intergenerational transmission of the rage and anguish that stem from the torment of trauma endured in previous generations. I do not escape that fate.

And I would be remiss if I failed to mention the sting I periodically felt at being the target of subtle and no-so-subtle ethnic slurs and prejudice growing up, called names like “grease ball,” or Katzman with the obvious anti-Semitic connotations, and the discomfort with the condescension of the Waspy members of my church towards me as an ethnic. And then in my late teens I cannot recall if I was amused or shocked when I heard that some kids in the aftermath of the 1967 Arab-Israeli six-day war beat up an Armenian boy believing he was an Arab.

Perhaps my musings are too personal and irrelevant to what is going on in the world, but I think not. Whether on a global or individual level, the damage, wounds, and suffering that result from bigotry, trauma, abuse, and neglect are on a continuum but they leave a deep imprint on our spirit, bodies, and psyche. Our worst destiny is when we don’t recognize, react, and act. The horror of these experiences mounts and weaves its way into our being in countless and damaging ways when we fail to be aware, acknowledge, consider, and react with appropriate indignation, intolerance, and remediation.

The worst and most obvious manifestations of bigotry and abuse are the countless ways trauma survivors and PTSD victims suffer, or the unrelenting sense of dysphoria many of these individuals feel. Often, trauma survivors try to cope with substances of abuse. Or they externalize their rage and inflict their suffering and torment on others.

Hope for better lives and a better world happens when we share our experiences of pain and suffering. Sharing can pull us together. Otherwise we tear ourselves and each other apart.