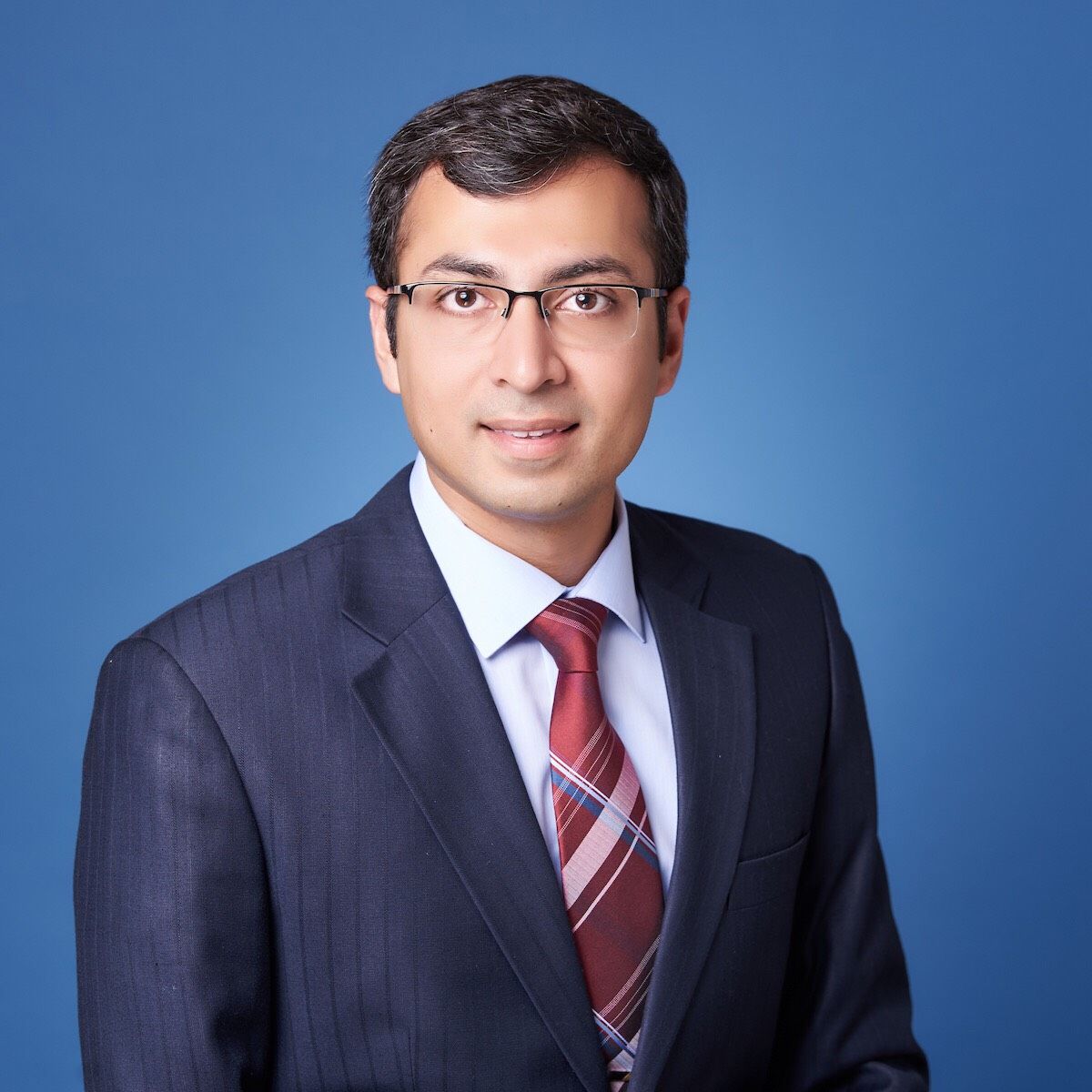 A dysfunction-based defense against misuse of disorder designation has serious conceptual deficiencies, is vulnerable to social biases, and offers very little protection in practice.

Dr Aftab is a geriatric psychiatry fellow at University of California San Diego (UCSD) in La Jolla, CA, and a former psychiatry resident at Case Western Reserve University/University Hospitals Cleveland Medical Center in Cleveland. He is also a member of the Psychiatric Times Advisory Board. He can be reached at awaisaftab@gmail.com.

This is Part 2 of a three-part series on a pertinent philosophical question in the era of diagnostic inflation: What conceptual means are available to prevent deviant and undesirable behavioral conditions from being diagnosed as mental disorders as a result of social bias and stigma? This series is based on an essay (“Social Misuse of Disorder Designation: Exploring Dysfunction and Harm-Based Conceptual Defenses”) that was awarded the 2018 Karl Jaspers Award by the Association for the Advancement of Philosophy and Psychiatry. Dr Aftab has been actively involved in initiatives to educate psychiatrists and trainees on the intersection of philosophy and psychiatry, and this series constitutes one effort to bring this discussion to a wider audience. Part 1 and Part 3 are available online.

At the end of Part 1, we noted that DSM recognizes the need to prevent arbitrary disorder designation of negatively valued conditions and does so by adopting a dysfunction-based defense. However, I argue that a dysfunction-based defense against misuse of disorder designation has serious conceptual deficiencies, is vulnerable to social biases, and offers very little protection in practice. Let us take a closer look at some of these problems with dysfunction.

Given the important role dysfunction plays here, one would imagine that the DSM (and psychiatry, more broadly) would have a valid, unambiguous definition of dysfunction that would clearly determine which deviancies and conflicts are disorders and which are not, even in situations of controversy. Sadly, that is not the case. DSM never formally defines this crucial term. It is not surprising, then, that the authors of the DSM 5 white paper on nomenclature felt that the mental disorder definition “is not cast in a way that allows it to be used as a criterion for deciding what is and is not a mental disorder, and it has never been used for that purpose.”1

This lack of official definition is compounded by the fact that the presence of dysfunction can only be inferred or hypothesized in vast majority of the cases due to the current state of neuroscientific knowledge. Again, the authors of the DSM 5 white paper on nomenclature noted: “The problem is that too little is known about the cerebral mechanisms underlying basic psychological functions, such as perception, abstract reasoning, and memory, for it to be possible in most cases to do more than infer the probable presence of a biological dysfunction” [emphasis added].1

Biological causation is not equivalent to dysfunction

A distinction needs to be made between dysfunction and etiology/biological causation. Often in practice, etiology becomes dysfunction when the condition has already been designed as a disorder on the behavioral level. However, mere determination of causal pathway is not enough, as even normal phenomena have causal pathways. For instance, in our example red hair being labeled as a disorder, we know red hair is produced by recessive genes and from a specific ratio of pheomelanin and eumelanin, but etiology by itself does not tell us that red hair results from a dysfunction. What is needed is a discriminative account of what sort of causal mechanisms or what sorts of etiologies constitute dysfunction.

Robert Spitzer, MD, made a similar argument in the discussion on homosexuality2:

Often in discussions of this kind a hope is expressed that some biological ‘abnormality,’ such as an endocrine or genetic disturbance, will be discovered and will resolve the issue once and for all. It is hard to see how this would answer the question any more than would knowledge of the biological cause or antecedents of left-handedness (surely there must be one) indicate whether that condition should be regarded as a normal variant or pathology.

Derek Bolton, PhD, explains this reasoning in the context of functional neuroimaging3:

Objectivist definitions of dysfunction do not solve the problem

One of the major problems with this approach lies in defining an appropriate reference class, and usually the question of dysfunction depends on the selection of appropriate reference class. Boorse stated that there are three reference classes based on age, sex, and race. However, this leaves out sexual orientation, potentially making homosexuality statistically atypical. The question then becomes whether sexual orientation should be a reference class or not. Boorse maintained that it should not be and, following his reasoning, had to admit that homosexuality was a disorder (and worked his way around it by saying that it was a disorder but not an “illness”).

In words of Kingma5:

Since the judgement that homosexuality is a disease precedes the judgement that the BST is a correct account of health, it is circular to insist, as Boorse does, that the BST can tell us whether homosexuality is a disease. The BST does not give a real answer, let alone a non-evaluative answer, to such a question. Instead it presupposes the answer it gives.

Defining in terms of underlying causal mechanisms requires a notion of design from which the causal mechanisms deviate. The most precise definition of this approach comes from Wakefield’s Harmful Dysfunction analysis, which states that dysfunction is “a failure of some internal mechanism to perform a function for which it was biologically designed (i.e., naturally selected).”6 Biological and psychological systems are designed by evolution to perform a function within a certain range. Dysfunction is the failure to live up to that design.

[R]equiring a minimum duration and persistence; requiring that the frequency or intensity of a symptom exceed that seen in normal people; requiring disproportionality of symptoms, given the context; requiring pervasiveness of symptom expression across contexts; adding specific exclusions for contextual scenarios in which symptoms are best understood as normal reactions; combining symptoms to increase cumulative pathosuggestiveness; and requiring enough symptoms from an overall syndrome to meet a minimum threshold of pathosuggestiveness.

The use of dysfunction indicators utilizes comparisons with a so-called normal control group, and the use of this normative comparisons makes it highly susceptible to social biases, depending on the societal notions of normal. If a society considers heterosexuality to be the norm, then these strategies would offer little to no protection against pathologizing of homosexuality. This is similar to the problem of reference class that BST faces. Additionally, the inference of dysfunction in the presence of dysfunction indicators is just that-an inference. It is tentative, and its validity remains to be demonstrated.

There are many ways for things to go wrong in biological systems. Mathewson and Griffiths outline four ways things can go wrong from a biological perspective8:

As Schwartz points out in his commentary on the Mathewson and Griffiths paper, only the first of these ways of going wrong-mechanism failure-can be considered dysfunction.9 Other ways of going wrong do not come under the category of dysfunction. This is when we are just considering traditional biological systems; once we add psychological and social phenomena into the mix, there are additional ways for things to go wrong. In something as complicated as behavioral disturbances, it can be behaviorally clear that something has gone wrong, yet it may not be entirely clear whether it reflects a mechanism failure or failure of some other sort. All the dysfunction indicators that First and Wakefield describe simply reinforce that something has gone wrong, but do not necessarily distinguish between mechanism failure and other failures that would not qualify as dysfunctions.

The practice of psychiatry makes little use of dysfunction

Perhaps one of the most telling practices is the use of other specified or unspecified disorders. Even when symptom presentations do not satisfy DSM thresholds of dysfunction indicators, the accepted practice is to label them as disorders and prescribe treatment for them as such. For instance, if a person presents to a psychiatrist with depressive symptoms that do not meet criteria for major depression, the presentation is usually labelled as “other specified depressive disorder” if the patient finds them distressing. DSM clearly sanctions the disorder designation when there is insufficient evidence of dysfunction, even by its own indirect inferential standards.

Consider someone who presents with overwhelming anxiety after being given the diagnosis of a terminal cancer. Does the anxiety represent a failure of an internal mechanism to perform a natural function? If we were to ask the practicing psychiatrist, we would find that they are hardly concerned with this abstract question of failure of natural design. What the psychiatrists will assess is the degree of distress and impairment. If the degree of distress and impairment is judged to warrant treatment, the psychiatrist will call it a disorder ( “other specified anxiety disorder” or something else).

Since a dysfunction-based defense does not adequately protect against arbitrary disorder designations, we will explore what a harm-based defense might look like in Part 3.