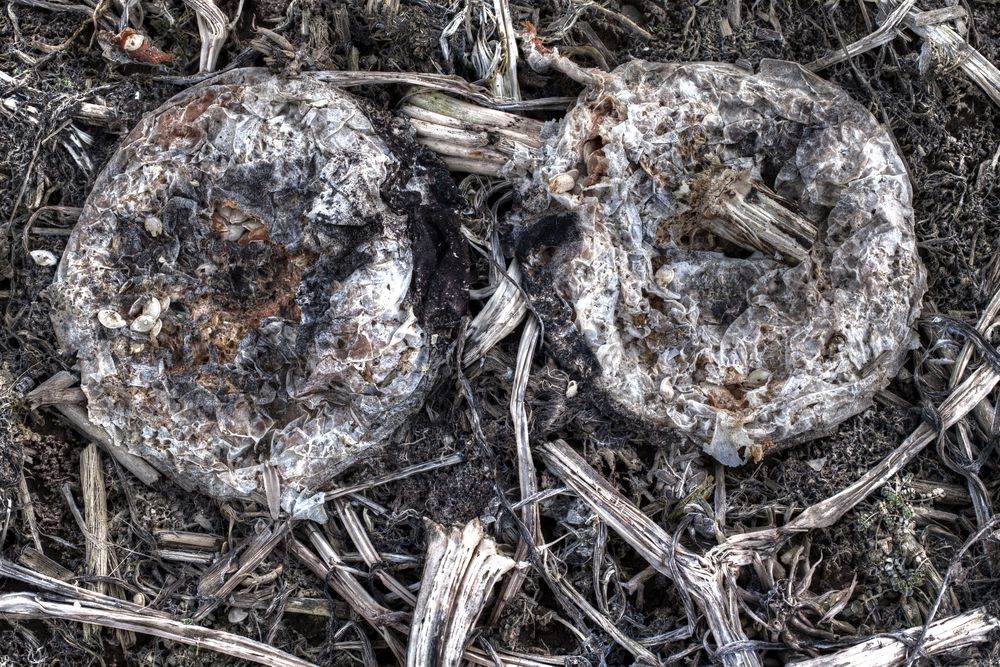 “Westworld-where nothing ever goes worng!” ran the promo for Michael Crichton’s eponymous 1976 techno-thriller. In a futuristic theme park, patrons paid a huge amount of money to act out sadistic and erotic fantasies. The inhabitants are robots: knights, gladiators, gunmen programmed to be outsworded or outdrawn, without a drop of patron blood spilt. Luscious serving wenches or saloon tarts shed their tunics or petticoats on command. When the sun went down, the humanoid detritus was removed, discarded, or reassembled; damage to the environment was likewise repaired. Next dawn, the carnage resumed anew. All went swimmingly until a “central mechanism malfunction” precipitated a cascade of lethal glitches. The robots turned on guests and creators alike. But they weren’t motivated by revenge-the slaughterfest was purely mechanical.

The Westworld of 1976 was a clever piece of work but thin on philosophy. Beneath the scrim of genre conventions, the current Westworld-from HBO-conducts a searching ontological inquiry into the psychological, theological, and neuroscientific grounds of sentience. High Noon meets Camus and Sartre in a penetrating inquiry into the existence or absence of free will.

The 1976 Westworld replicants were low-tech gizmos. The replicant “hosts” of HBO’s Westworld seem as human as their “guests” in body and discourse. The animal and inanimate world is as impressively replicated. The mise en scÃ¨ne is wonderfully opened up; beyond Main Street, lie sun-baked mountain ranges and canyons, pellucid lakes, and winding trails.

Patrons are offered multiple scenarios, depending upon their checkbooks, duration of stay, and motivation-innocent or decadent. A guest can opt for brief, repeated “cuts” involving few characters (eg, recurrent gunfights), or a journey that lasts for days. A Westworld script and its host participants have been carefully programmed. The series’ principal human protagonists are not mere vacationers. They’ve lost a child or loved one, or sustained other grave injuries-they come to Westworld hoping to find meaning, not thrills.

The host “backstories” also contain tragic losses or hardships; they, too, yearn for a brighter future. But their memories have been deliberately implanted to anchor them, thus preventing the rage-or madness-attendant upon realizing their imprisonment in a tormenting eternal present. Each day they are mercilessly murdered or raped. Each night, their physical wounds are repaired-or bodies dismembered for parts-and their memories wiped clean.

As Westworld unfolds, one learns that The Park was created by 2 bio-mechanical geniuses and close friends, Robert Ford and Arnold (full name never given). The partners’ original aims were benevolent-they never planned a pitiless purgatory. The powerful Delos Corporation financed the partners for years, then demanded a return on their investment. They ordered the opening of The Park-which went on to proves immensely lucrative.

Arnold had been severely depressed following the death of his only child. He objected strongly to Delos’s plans. When Westworld opened, he was profoundly depressed and died under mysterious circumstances. Ford, however, is eager for Westworld to flourish. Unlike the other human protagonists, his past is obscure, seemingly untraumatic. Of his childhood, we only know that his parents never let him indulge his passion for stories. With Westworld, Ford is able to create his own tales. The longest are intricate “master narratives” central to the entire series’ evolving history.

True to genre, things go spectacularly worng: the replicants’ (ie, hosts’) inability to recollect past events has rendered them obedient to whatever they’ve been programmed to be. They become sentient-and remember every evil the guests have inflicted upon them.

It’s been speculated that our brain processes and archives whatever our senses experience. But the past, even the recent past, is often recalled as through a glass darkly, subject to potent processes of repression, suppression, distortion, etc. The hosts can store memories with crystal clarity; however, until now they have been denied retrieval of every traumatizing recollection. Sentience thus precipitates a scarifying identity crisis-it brings total recall of decades of trauma. Previously robbed of authenticity and purpose, the replicants wreak savage retribution.

The causes of the hosts’ liberation into sentience are elusive. Their so-called “memory loops” predicate a limited ability for “improvisation.” In a Darwinian riff, Ford observes, “repetition creates variation”; thus the emergence of sentient host mutations will inevitably occur. Ford foresees the rise of an android species, whose members will not survive captivity but eventually conquer their creators.

The series’ principal human protagonists are not mere vacationers. They’ve lost a child or loved one, or sustained other grave injuries-they come to Westworld hoping to find meaning, not thrills.

Before his death Arnold inserted “reveries” into the replicant brains, mnemonic fragments of the hurtful past. Bernard, Arnold’s esteemed replacement, wonders if the reveries might have contributed to the evolution of their self-awareness. He shares Arnold’s compassion for the hosts; grows increasingly suspicious about Ford’s motives, but helps him maintain the status quo.

Outwardly Ford embraces the greedy capitalist agenda that Delos imposes, but has continued his research secretly. In the concluding episodes, he solves the riddle of the replicants’ dawning sentience: the crucial ingredient is their suffering.

Westworld contains numerous religious references: to a Messiah, a maze which must be traversed toward enlightenment, and to the Book of Job-the signal biblical interrogation of free will. In a contemporary retelling of Job, the playwright and poet Archibald MacLeish avers that: “If God is God, He is not good/if God is good, He is not God.”

Arnold is a good God who sought to assuage the grief over his lost child by recreating a human replicant free of human limitations, including death itself. His despair about the replicants’ terrible plight evokes a famous Kabbalist’s conviction that man has wrought such horror upon the world that God has withdrawn into his “inner court,” where he weeps impotently, waiting for the just to dry his tears.

Ford is a flagrantly ungood God. In Anthony Hopkins’ superb portrayal, he’s a gentler unkinder Hannibal Lecter. His courteous, eerily comforting facade conceals an Iago-like malevolence. Ford’s vision of the human condition is Hobbesian-homo homini lupus est. The suffering that Ford discovers, and cruelly augments, to unlock the replicant’s sentience will inevitably spur their recognition of the inherent pain of being-in-the-world.

Ford is the only human to encourage the replicants’ awakening, and their revenge. True to his devious nature, he plots to maintain his hold over them after their revolt. Ford’s final story for Westworld is “Journey Into Darkness,” which predicts the coming of a Satanic messiah. Does this dark entity exist? Does Ford intend to rule it as the Prime Mover behind the scenes? Perhaps we’ll find out in Westworld’s second season, already in production.

Besides Hopkins, the exemplary cast includes Evan Rachel Wood, as Dolores, one of the few surviving replicants, who morphs from a radiant country girl to the revolt’s ferocious leader; Thandie Newton, as Maeve, a gritty brothel madam; Jeffrey Wright, as the sweet-natured Bernard; and Ed Harris as William, once Delos’ CEO, he’s also lost his child and has become a sadistic addict to Westworld, while still believing a deeper meaning underpins it.

The Westworld comprises a powerful character in its own right-curiously ungraspable, refusing the viewer an overall gestalt. The terrain is lensed to appear infinitely expandable; the viewer grows increasingly unmoored by a subterranean sprawl of serpentine corridors, glassed-in laboratories, and offices. Myriad reflecting surfaces as well as the camera’s unsettled angling compound the sense of dislocation. Elliptical glimpses dominate: a line of hosts learning to dance, arms uncannily embracing an imaginary partner; or replicant remains strewn on a bloody disassembly line. In a recurrent sequence, a naked replicant sits opposite a clothed scientist, being debriefed toward mysterious ends-as in a psychotherapy session gone hinky. The replicant construction sequences, which open each episode, possess an eerie, nacreous beauty.

Jonathan Nolan and his wife, Lisa Joy, write Westworld. They persistently-but never obtrusively-underscore that human and replicant share the same tragic circumstances. The guests, too, are mostly unaware of being trapped in their own private loops. No matter how happy host or guest may feel in the moment, eventual suffering is the common lot of both. The hope for a brighter future “somewhere” is held out as a false anodyne. A tense anhedonia is the prevalent affect: there is little chance of escaping the hell of existential despair besides death-or disassembly.

One recalls Mephistopheles’ reply to Christopher Marlowe’s Faust when he asks about the geography of Hell: “Hell hath no limits, nor is circumscribed . . . ; for where we are is hell, and where hell is, there must we ever be.”

Articles in this issue
Psychogenic Non-Epileptic Seizures: Clinical Issues for Psychiatrists
Update on Medical Catatonia: Highlight on Delirium
Depression and Anxiety Disorders in Patients With Cancer
THE QUIZ: Headaches
Your Money or Your Life: A Reflection on the Health Care Industry
“This House Believes That the Concept of Culture Has Outlived Its Usefulness for Psychiatry”: What...??
Burden, Belonging, and Capability: An Interpersonal View of Military Suicides
Westworld: Hell Hath No Limits
Perinatal Psychiatry: Where Psychoanalytic Theory, Neuroscience, and Integrated Clinical Psychiatry Meet
Sound of Silence
Maintenance of Certification
Neuroanatomy and the 21st Century Psychiatrist
Sexual Dysfunction: The Role of Clinical Psychiatry
Lung Cancer in Reverse Times-Lapse Photography
Dignity in a Handshake
Related Videos
Related Content