The Goldwater Rule Is Still Relevant

COUTERPOINT: A small number of psychiatrists have been critical of our profession’s restraint regarding public comments by psychiatrists about the mental health of the 45th President. 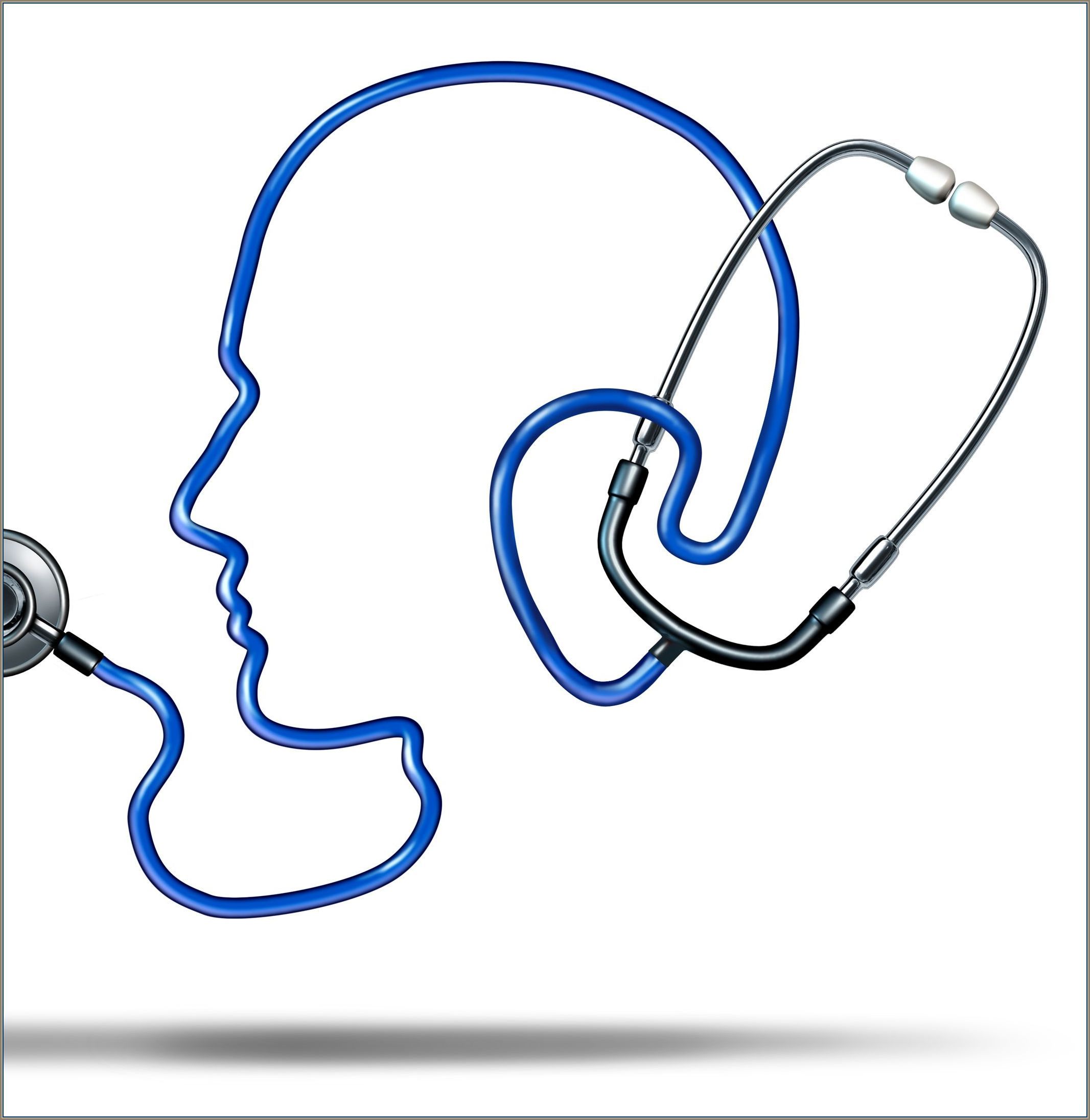 For the Point, see

Dr Brendel is a consultant to the American Psychiatric Association (APA) Ethics Committee as well as Director of the Master of Bioethics degree program at the Harvard Medical School Center for Bioethics, a practicing clinical and forensic psychiatrist at Massachusetts General Hospital, and an Assistant Professor of Psychiatry at Harvard Medical School.

On November 8, 2016, voters elected Donald J. Trump the 45th President of the United States. Trump’s supporters saw strength in his anti-establishment rhetoric, unorthodox public persona, and channeling of resentment of the political status quo. His detractors felt otherwise. Post-inauguration, President Trump continued to behave the way he had as Candidate Trump. Those who supported the President rallied behind him. Those who never did or could no longer support the new President continued the critique.

Some mental health professionals (including Dr Glass), troubled by the new normal, went to the New York Times, without examining the President, without his consent, and based only on the limited knowledge from publicly available data about the President, to publicly air their opinion that the “grave emotional instability indicated by Mr. Trump’s speech and actions makes him incapable of serving safely as president.”

A small number of psychiatrists have been critical of our profession’s restraint regarding public comments by psychiatrists about the mental health of the 45th President. I am the unnamed colleague mentioned in Dr Glass’s article and therefore appreciate the request from Psychiatric Times to offer this critical engagement of the Dr Glass’s critique of the Goldwater Rule, the ethics position of the American Psychiatric Association that prohibits psychiatrists from volunteering public professional opinions about individuals in the public eye.

Precisely in response to questions about the role of psychiatrists in the situation that a psychiatrist, in good faith, believes a public individual poses a threat to the country or national security, the APA Ethics Committee, to which I serve as a consultant, in March of this year clarified the APA’s longstanding Goldwater Rule. One misconception about the APA’s position was that it only applied to rendering a psychiatric diagnosis of a public figure.

However, the Goldwater rule has, since its inception, referred broadly to “professional opinions,” not just to diagnosis. The March 2017 Ethics Committee Opinion sought to clarify the meaning of “professional opinion” and reaffirm the rationale for the APA position. It was not an expansion of the decades-old APA position, and it is not a gag rule. It does, however keep medical diagnosis in a medical setting and out of the media.

At the core of Goldwater doctrine are the fundamental considerations that psychiatrists do their work and formulate psychiatric opinions with respect for persons (including permission and privacy) and through established methods, including examination, history-taking, and collateral inquiry. Dr Glass attempts to obfuscate this ethical underpinning of the Goldwater position, in part, by drawing an artificial distinction between the professional role of the psychiatrist in clinical and non-clinical settings. However, the sound principles of ethics and professionalism apply regardless of whether an encounter is what he would define as clinical or non-clinical.

A first consideration behind Goldwater is the fundamental ethical principle of respect for persons. In order to respect persons, psychiatric evaluation of an individual occurs with consent or other authorization and with clear parameters of expectations regarding privacy of the encounter and assessment. Respect for persons in the setting of rendering professional judgments does not require that an individual establish a clinical relationship. Even absent an examination, making professional judgments about an individual’s mental health is intrusive and can have negative consequences. We need not look further than Barry Goldwater to see that these conclusions, even when “non-clinical,” can be harmful.

A second justification for the Goldwater Rule involves the methods of the profession: psychiatric evaluation and diagnosis is a medical endeavor that occurs in the context of an evaluation, based on thorough history taking, examination, and collateral information. Psychiatric opinions based on insufficient data and/ or method, whether they include diagnoses, compromise both the integrity of the individual psychiatrist and the profession. This behavior also has the potential to lead patients to question the rigor and confidentiality of their own care, or discourage those suffering from mental illness from seeking help for the same reasons.

It is simply not the case that there are separate standards for “clinical” and “non-clinical” contexts. Rendering an opinion, as a psychiatrist, is a medical opinion in any context. The difference is that when it occurs in the media based on observation from afar, or what the author considers a “non-clinical” context, the opinion is given without the rigor and methodology that justifies its conclusions. It is conjecture, albeit based on general psychiatric knowledge and accumulated experience, masquerading as medical truth about a particular individual. The statement, in other words, seeks validation by proxy of the professional qualifications and general psychiatric knowledge of the speaker as a substitute for the actual work and expertise of the profession required to justify the conclusion. And the public nature of the statement draws attention to the speaker rather than focusing on the medical interest of the subject of the statement.

The ethical psychiatrist’s conduct in the media is no different from the ethical conduct of any other physician. In the example of an orthopedist offered by the author, the orthopedist may consult to the media with clear articulation of the parameters that he or she has not examined the particular individual, does not have permission to speak about the particular individual, but will offer general information about types of injuries or other conditions and their care. Alternatively, if a diagnosis is publicly known, the orthopedist may discuss, in general, the features of the condition, its treatment, and expected course. The Goldwater position permits, even encourages, the same from psychiatrists in order to educate the public about psychiatric illnesses and their treatment.

The Goldwater position also aims to prevent stigma by delineating the bounds of professional norms and creating separation between the discourse of capacity to govern and the diagnosis of a mental illness. Linking capacity to govern, a political and legal determination, with mental illness per se stigmatizes mental illness by erroneously characterizing the mere presence of psychiatric symptoms as incompatible with performance of one’s responsibilities for governance. Especially for those in the public eye, this linkage may perpetuate a chilling effect on seeking treatment for mental health concerns. Instead, public education that psychiatric symptoms are treatable, common, and even expected in some situations has the potential to destigmatize treatment-seeking.

Uncoupling the public discourse of capacity to govern from the rubric of mental illness further allows the determination of fitness to govern to remain squarely where it constitutionally belongs, in the government itself. In the case of the president, the 25th Amendment provides a framework for addressing concerns of presidential fitness. Within this framework, if a psychiatrist has actual knowledge or serious concern about the mental health and fitness of a president, the appropriate audience with whom to share this concern is not the New York Times or other media outlet, but privately with the medical or other government personnel whose role it is to evaluate the health and fitness of the President to continue in that role.

The difference in the audience and public nature of the professional opinion separates politics from medicine, and gives the psychiatrist who feels strongly about the ability of the president to govern an appropriate forum to voice his medical concerns. As Dr Glass states, there are indeed two interests at stake in this discussion: the issue of the profession’s public image and members’ rights to follow their conscience. Taking the discussion out of the media and into the medical realm addresses both of these considerations.

The key to Goldwater is that psychiatrists should not be rendering professional opinions on their own account in the press or on TV without license and inconsistent with the methods of the profession. Goldwater has always intended to protect the integrity of psychiatric practice by highlighting the perils of proceeding publicly, without license, and with insufficient data in making assessments about the mental health of public figures. It is not meant to and does not exclude psychiatrists from important work in the public interest.

Editor's note: We respectfully encourage all readers to "sign in" by typing your name and professional background after your comment. You can "reply" to your own post, and do this retroactively.