How Can Medical Schools Graduate Students Who Are Empathic?

Empathy is the ability to put yourself in someone else’s shoes and understand what they are feeling. This is something that psychiatrists try to do in our everyday work. Those of us who have worked in medical schools have struggled with the question of whether or not this is something that can be taught. 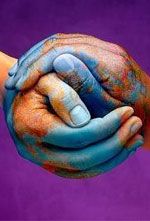 Empathy is the ability to put yourself in someone else’s shoes and understand what they are feeling. This is something that psychiatrists try to do in our everyday work. Those of us who have worked in medical schools have struggled with the question of whether or not we can teach this to young men and women who are learning to be doctors or whether it is something that they either have or do not have. Certainly I have seen medical students who seemed to be decidedly lacking in this quality, just as I have seen students to whom it came very naturally and some who were far more empathic than I was as a student or even after years of experience.

I have gone through many phases in trying to figure out how medical schools can graduate doctors who have this empathic quality. My first thought was to try and influence the selection process so students who seemed to have this natural quality would be chosen. I had the opportunity to join the admissions committee of the medical school where I taught and participated in the interviewing and selection of prospective students.

Actually, there were a few psychiatrists already on the committee along with other medical specialists and basic scientists who would be training the students in their preliminary non-clinical years. It was relatively easy to determine which students had this quality in abundance and which students did not.  I could see the tears in a student’s eyes as he or she told me about experiences which he had known someone who had been ill or disadvantaged and how this had motivated him to want to be a doctor. I remember the caring response of one student to me as I was suffering with allergies with my eyes running on a particular day that I was interviewing her. On the other hand I could detect the intellectual response of students who ticked off their many volunteer activities or told of their dedication to finding the cure of cancer because it  would then increase life expectancy. However, when it came down to the votes on the committee, a student being the most empathic would never trump the one with potential to become a world famous doctor.

Trying to Teach Empathy in the Classroom

I had opportunity to see if it were possible to teach students to be empathic. It was traditional in our medical school for psychiatrists to teach students interviewing technique both in formal lectures and at the bedside. In preparation for a formal lecture I made a video tape (we were not yet using DVDs) in which I had some senior students act as doctor and patient in a hospital room in various scenarios. In one of them the “doctor” asked the “patient” if anyone in her family had a cancer. The patient began to cry and said her daughter died of cancer. I then showed three possible responses. In the first one the doctor just continued with the interview and kept asking questions. In the second scenario, the doctor got up and excused himself and said he would come back later when the patient was feeling better. In the third case the doctor offered the patient a tissue and said that he was sorry. Obviously the third  vignette was meant to be the correct one, and most students seemed to get it. However, a group of Asian students approached me after the lecture and told me that they did not agree with the choice of the best vignette. In their particular culture it was a sign of respect to let a patient be alone in that particular situation. Excusing one self and walking out of the room was the correct response as far as they were concerned.  So I began to realize that this was not an easy task.

Trying to Teach Empathy at the Bedside

Each week I would take a group of three students to an actual patient’s bedside to practice doing an interview. The patients knew they were “students in training” but usually responded to them as if they were doctors taking a history from them. On a particular day, before we entered the room, I told the student who was to do the interview that sometime during the interview he must use the following words, “that must have been very difficult.”  The student proceeded with the interview with the other two students and myself standing by the bedside. At one particular point in the interview the patient started to talk angrily about how she hated to go through all these tests when she knew she was going to have an operation anyway. The student was a little flustered by the patient’s emotion but then he remembered and said, “That must be very difficult.“ The patient’s demeanor changed and she continued in a very friendly and cooperative manner. At the end the interview the patient remarked to all of us that “this doctor was the most caring physician that I have seen in the hospital.” In our post-interview discussion the student was beaming (his overall interview actually was quite poor). I asked why did he think that the patient thought he was so good. He couldn’t answer, apparently feeling he had just done a good job. The other students understood and were able to appreciate the value of the comment that he had made at the right time. However, the next week I suggested the same technique to another group of students who objected to this approach. They felt it was artificial, phony, and they did not want to be actors when they were trying to be doctors. Other groups had similar responses. This was another indication of how teaching medical students to be empathic was quite complicated.

After several years my teaching and clinical work took me away from this particular type of medical student teaching. One day, however, I encountered the following situation. I was a psychiatric consultant called to a difficult situation in the medical emergency room.  A male patient in his thirties with multiple traumas did not survive a motor vehicle accident and died in the emergency room. The mother of the patient became hysterical and out of control. Nobody could calm her down. A first year medical resident (two weeks out of medical school) was the only one to stay in the room with her while she screamed and berated the hospital, the doctors, and the medical system. After he patiently stayed with her during the tirade, he gently asked if there was anything he could do for her. She said, “Yes, remove the damn tube from his mouth “ (the breathing tube from her son). While he knew this was not usually the procedure because of the preference of the medical examiner, he did so in her presence and then turned to her and asked if she would like to help him clean up the body. She agreed to do so and he asked the nurse for a basin of water allowing her to clean her son’s face. He stayed with her until she was ready to leave. When I asked him later how he felt and how he was able to do this, he told the following story. Recently his best friend had died. In his own grieving, he repeatedly thought of how painful it was for his friend’s mother and how he had imagined such a loss would affect his own mother. He also recalled how his friend’s mother said many times that she was bothered by seeing the IV lines in her son’s arm after he died.

Empathy is a very complicated issue. The capacity for empathy does vary from person to person. We need to provide teaching and mentoring to our students on this subject, and we need to listen and be empathic to them in regard to their previous experiences. It is no different than our obligation to be empathic to our friends, family, and especially our children. This will make future generations better doctors and better people.

Articles in this issue
Combining High-Yield CBT Methods and Pharmacotherapy in Brief Sessions
Moral Judgments and Emotional Pain
Prime Time: Maximizing the Therapeutic Experience-A Primer for Psychiatric Clinicians
Evaluative Disorders
Advice From Moody’s Diner
“Morality” Professor Responsible for Research Misconduct
Keys to Success in ADHD Treatment
The Impact of Screen Media on Children
Update on Autism
What the Future Holds
If I Am Not For Myself: The Trials and the Triumphs of the Transgendered
Couch-Pragmatism
The Perplexing History of ECT in Three Books
Integrity in CME: Understanding the Problem of Bias
How Can Medical Schools Graduate Students Who Are Empathic?
Related Videos
Related Content