Ketamine: A Possible Role for Patients Who Are Running Out of Options?

If ketamine is able to turn off a patient’s depression, even for one day, you have accomplished something important, whether or not you can maintain it. This is because you have at least given the patient hope . . . that in itself is very significant from a therapeutic perspective. 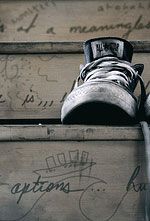 Encouraged by recent studies showing that a single IV infusion of ketamine can have antidepressant effects within hours in patients with treatment-resistant major depression (TRD) or bipolar depression, a psychiatric team at the University of California, San Diego (UCSD) Medical Center has begun offering ketamine infusions to patients who “are running out of options.”

“We are not studying ketamine per se,” said David Feifel, MD, PhD, associate professor of psychiatry and neurosciences at UCSD and director of the Medical Center’s Neuropsychiatry and Behavioral Medicine Service. Rather, he and his team have developed a protocol of IV ketamine for severely depressed patients who have unsuccessfully run the gamut of medications and possibly ECT. It is one of several approaches offered in their Treatment Refractory Program.

According to Feifel, patients are informed that ketamine is not approved for this use, that insurance does not cover its use, and that optimal use of ketamine in depression is still being studied. Patients are also warned that if they do respond to ketamine, its effects are temporary, and that staff will work with them on how to maintain a treatment response.

What the research shows

The impetus for ketamine research stems from the need for rapid-response antidepressants. Many patients do not benefit from standard antidepressants; others may take weeks or months to respond, said Carlos Zarate Jr, MD, chief of the Experimental Therapeutics and Pathophysiology Branch of the Division of the Intramural Research Program at the NIMH and lead investigator on several ketamine studies.

The Sequenced Treatment Alternatives to Relieve Depression Trial (STAR*D), for example, showed that only a third of patients with major depressive disorder achieved remission (ie, minimal/no residual symptoms) after 1 adequate treatment trial with a traditional antidepressant.1

We can rapidly control blood sugar or high blood pressure in a matter of minutes or hours, Zarate said. Similarly, we need interventions that can work rapidly in depressed patients, he added.

Much is known about ketamine, a high-affinity N-methyl-D-aspartate (NMDA) receptor antagonist, ac-cording to Zarate. “It is an approved anesthetic that is used worldwide, particularly in ED settings as well as in children, so it has a good track record of safety,” he said. “Using ketamine as an experimental drug, we tested the hypothesis of whether directly going to the NMDA receptor complex target would bring about rapid antidepressant effects, and indeed we found it to be the case,” he said.

The first small, preliminary investigation by Berman and colleagues4 found significant antidepressant effects within 72 hours after ketamine infusion in 7 individuals with TRD. Zarate and coworkers5 subsequently confirmed the rapid antidepressant response with ketamine. Zarate’s team conducted a double-blind, crossover, placebo-controlled study involving 18 patients; those with TRD experienced symptom relief in as little as 2 hours with a single IV dose of ketamine (0.5 mg/kg over 40 minutes).

Of the 17 patients treated with ketamine (1 patient dropped out), 71% met response criteria (50% improvement on 21-item Hamilton Depression Rating Scale) and 29% met remission criteria the day following the infusion. The response was sustained for at least 1 week in 35% of patients.

“We have conducted a series of other studies,” Zarate told Psychiatric Times. Some looked at bipolar depression, suicidal ideation, and predictors of response.

His team recently completed a placebo-controlled study in treatment-resistant bipolar depression with 18 subjects.6 “After a single IV infusion, we found very rapid antidepressant effects starting within 1 hour, which lasted most of the week,” Zarate said. In the randomized, placebo-controlled, double-blind, crossover, add-on study, 12 of 17 (71%) patients responded to ketamine; 3 patients had a response that lasted 2 weeks or more.

Ketamine also has an anti-suicidal effect, which is critically important given that individuals with mood disorders are often at risk for suicide within the first month of starting a medication, Zarate said. Adding to the challenge, he said, is that in the past decade there has been a significant increase in ED visits for suicidal ideation or attempts. Suicides have occurred even in inpatient psychiatric units and have become an urgent issue for the US military.

At the Mount Sinai School of Medicine in New York, researchers found that a single subanesthetic dose of IV ketamine had rapid effects (1 day after infusion) on suicidal ideation in patients with TRD and that acute improvements in suicidality could be sustained through re-peated ketamine infusions.7

DiazGranados and others,8 part of Zarate’s team, showed that in patients with major depressive disor-der who had significant suicidal ideation, improvement occurred within 40 minutes of a ketamine infusion. Predictors of response to IV ketamine, Zarate said, include a family history of alcohol dependence,9,10 increased pretreatment rostral anterior cingulate cortex activity,11 and anterior cingulate desynchronization and functional connectivity with the amygdala during a working memory task.12

In the next few months, Zarate said his team will start a ketamine mechanism of action study (http://patientinfo.nimh.nih.gov). “We will be looking at people who have failed only one adequate antidepressant trial in their lifetime, so it will be a much less treatment refractory group,” he said. “We will be studying several hundred people with unipolar depression or bipolar depression and using novel technologies, including multimodal brain imaging, polysomnography, genetics, and cognitive measures.”

The reason for this extensive battery, according to Zarate, is to better understand how ketamine works and to tease out who might respond and what might be the markers for predicting response.

“We hope to be able to identify signatures of rapid response which then could be utilized to develop other similar types of compounds,” Zarate said.

The team’s research has also prompted investigation of ketamine for other mental disorders. “We have not published these data yet, but ketamine has significant anti-anxiety effects,” said Zarate. People with certain symptoms of anxiety or trauma and those with obsessive symptom profiles appear to benefit from the ketamine infusion, he noted.

The NIH’s Web site (www.clinicaltrials.gov) indicates that some studies of ketamine in obsessive-compulsive disorder and PTSD, and as augmentation of ECT for severe major depression, are under way. Other researchers are looking at the feasibility of repeated-dose IV ketamine for acute management of TRD. In one recent study, symptoms relapsed, on average, 19 days after the sixth ketamine infusion; however, 1 patient remained antidepressant-free with minimal symptoms for more than 3 months.13

Asked about the notoriety ketamine gained as the abusable club drug known as “K,” Zarate said that during its infusion, ketamine can cause dissociative side effects. He noted that his team has safely administered ketamine to more than 100 patients in a controlled setting. We are trying to determine “which subunit of the NMDA receptor is responsible for side effects and which is responsible for improvement,” he said, explaining that there are major efforts in academia and the pharmaceutical industry to find safer ketamine-like drugs.

Zarate added that his NIMH program is “geared to looking at rapid treatments.” He hopes that having ketamine and scopolamine, which temporarily block the muscarinic cholinergic receptor, “will serve as a great model to better understand what mechanism is involved in the beginning of an antidepressant response. We hope this will lead to the development of treatments with a rapid onset of action.”

As regards his clinical work with ketamine at UCSD, Dr Feifel had this to say:

You have patients who have been severely depressed for years and nothing has helped. Both patients and their providers wonder whether there is any possibility that patients will ever be free of their depression. Part of our goal is to see whether their nervous system is amenable to turning off depression through some sort of biological intervention, such as ketamine. So if ketamine is able to turn off a patient’s depression, even for one day, you have accomplished something important, whether or not you can maintain it. This is because you have at least given the patient hope . . . that in itself is very significant from a therapeutic perspective.